In 2019, the best Ultrabooks are kind of the ultimate status symbol, especially if you’re a student, a professional, or you just spend a lot of time in your local coffee shop. Rather than having a big and bulky budget laptop or Chromebook, you’ll bring out a lighter, thinner and faster laptop, one packed with the best SSDs and processors you can find today.

These thin and light laptops are as much about portability as raw power. The best Ultrabooks aren’t going to freeze up in the middle of an important project or run out of battery on a short flight – you don’t have to worry about any of that.

So, we took the time to find all the best Ultrabooks 2019 has to offer. The year is just getting started, but we got a sneak peek of what’s to come at CES 2019 – so these peeks will look a lot like 2018 for a while. From brands you know and love, like HP and Dell, to those you may not know, like Huawei, we reviewed them all for their designs, performance and battery life. 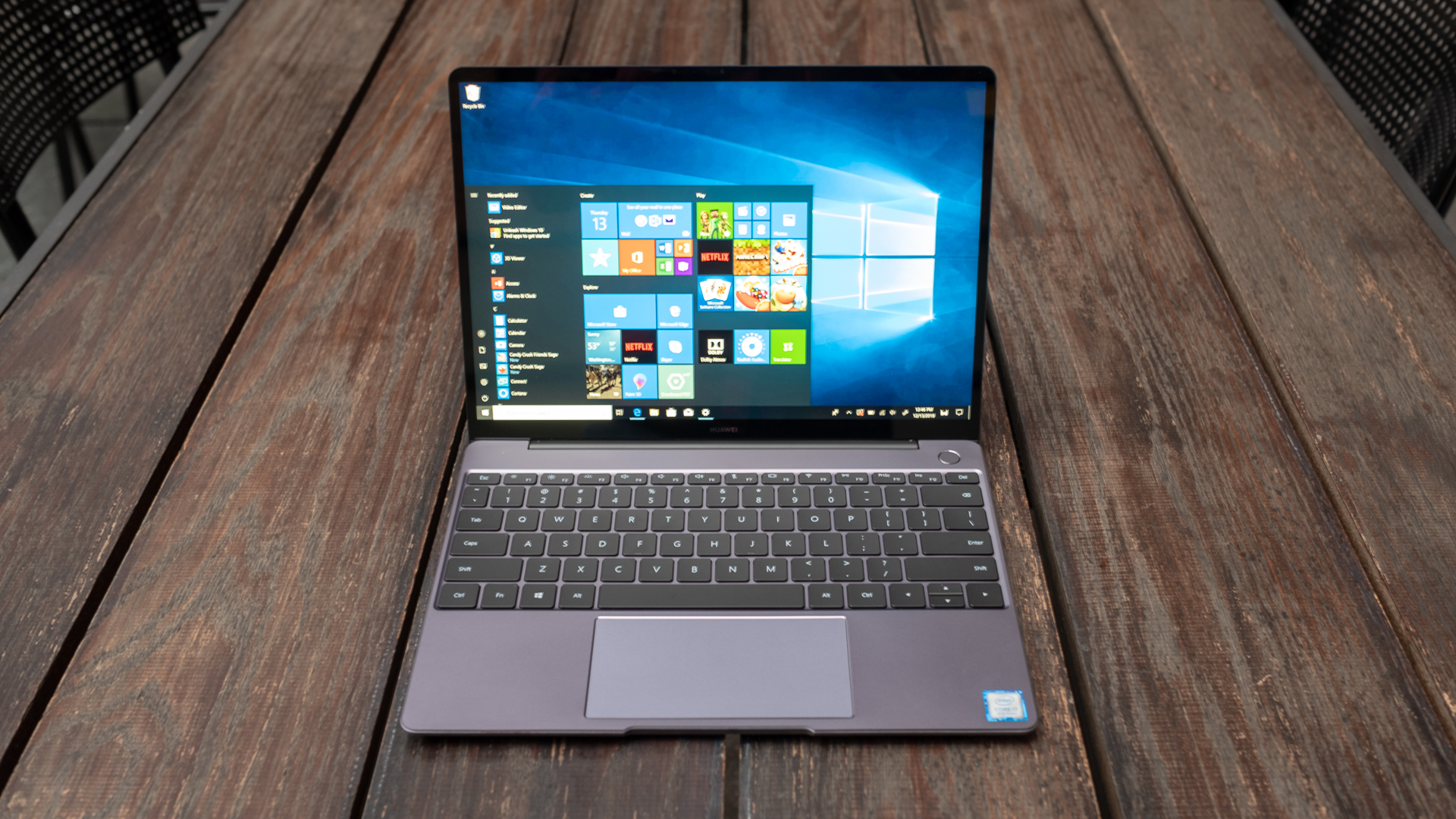 For a few years now, Huawei has been lurking in the shadows, ready to take on the best Ultrabooks, and its time has finally arrived. Like the Huawei MateBook X Pro before it, the Huawei Matebook 13 packs in a ton of powerful hardware into an attractive shell, while keeping the price low enough for anyone to afford. Plus, we have to mention those discrete graphics – it may be one of the smallest laptops out there to pack an MX150 GPU. It’s not hard to see why the Huawei Matebook 13 is the best Ultrabook right now. 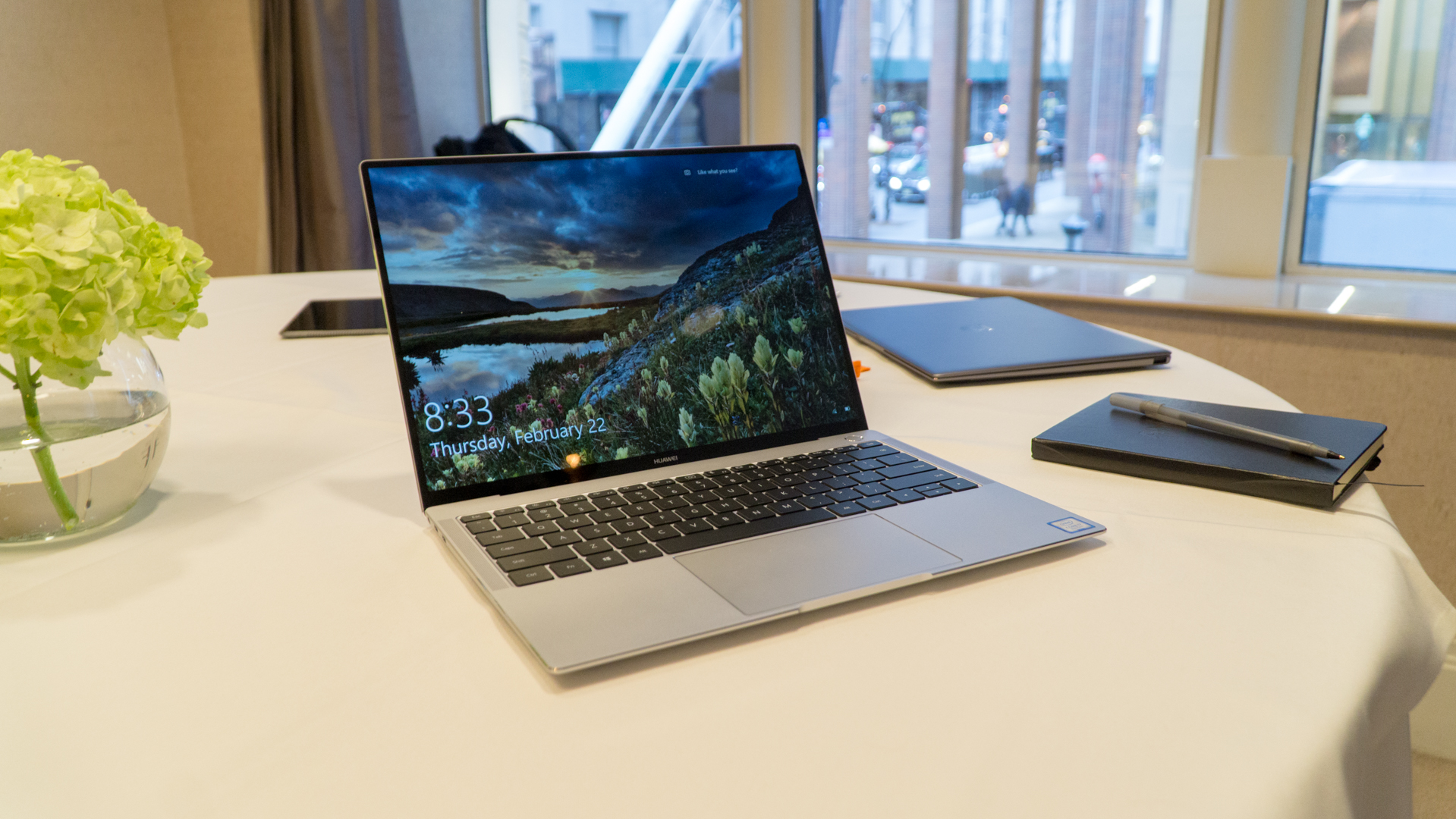 Sometimes, we’ll come across an Ultrabook that completely destroys everything that came before. The Huawei Matebook X Pro is one of these Ultrabooks. This gorgeous laptop brings high-end components into an elegantly-designed package that puts even the MacBook Pro to shame. And, with its 3K touchscreen, the Huawei MateBook X Pro has a display that’s just as nice to look at as the chassis. It really is one of the best Ultrabooks you can buy today. 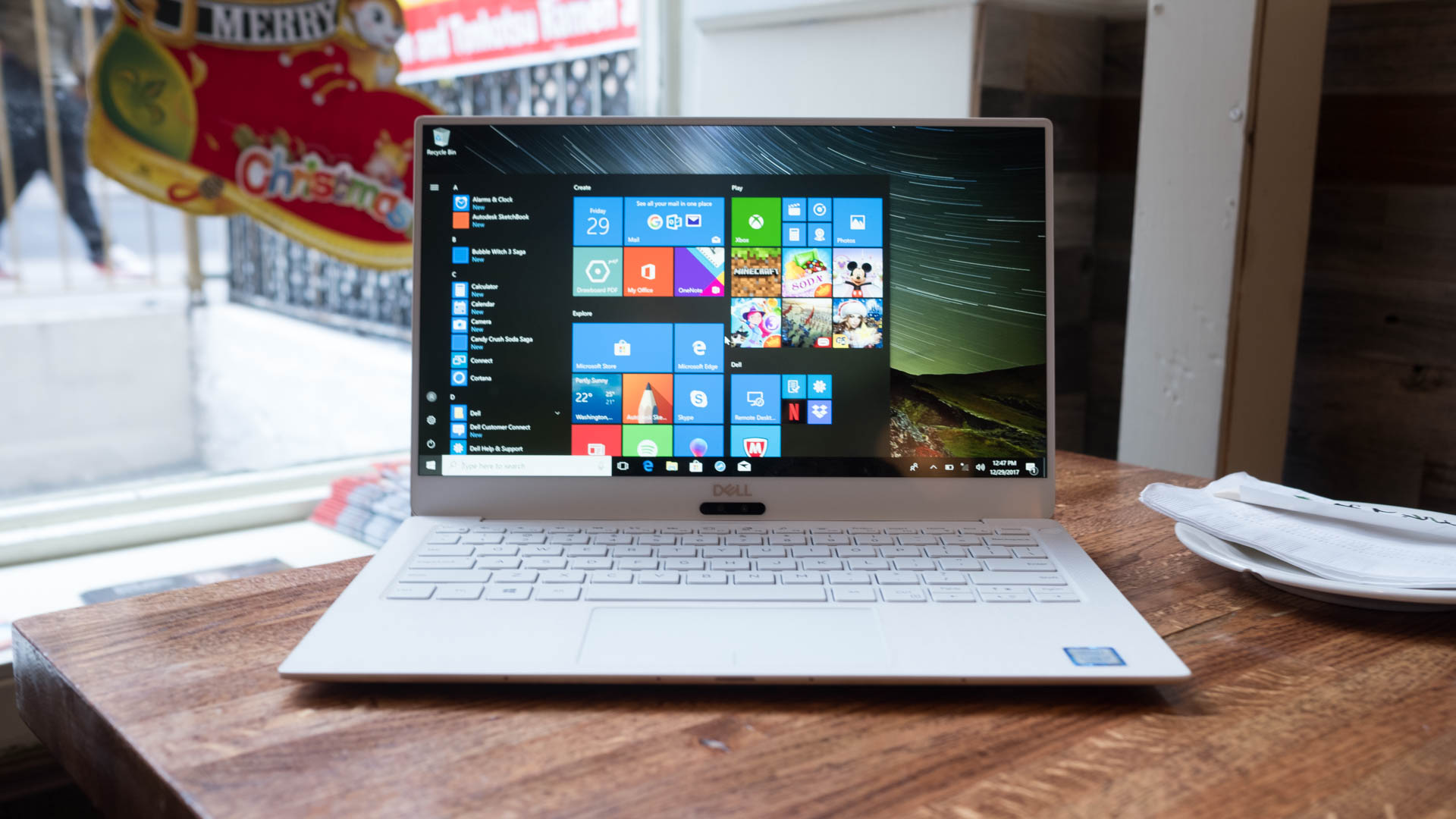 The Dell XPS 13 has been the best Ultrabook for years, and while it’s been dethroned by the Huawei MateBook 13, it remains one of the Ultrabooks to beat in 2019. This time around, Dell has moved the webcam from the bottom of the display to the top, fixing one of the biggest problems faced by the XPS 13 for years. Add in the updated internals, and the Dell XPS 13 is still one of the best Ultrabooks out there – even if some of the competition has caught up. 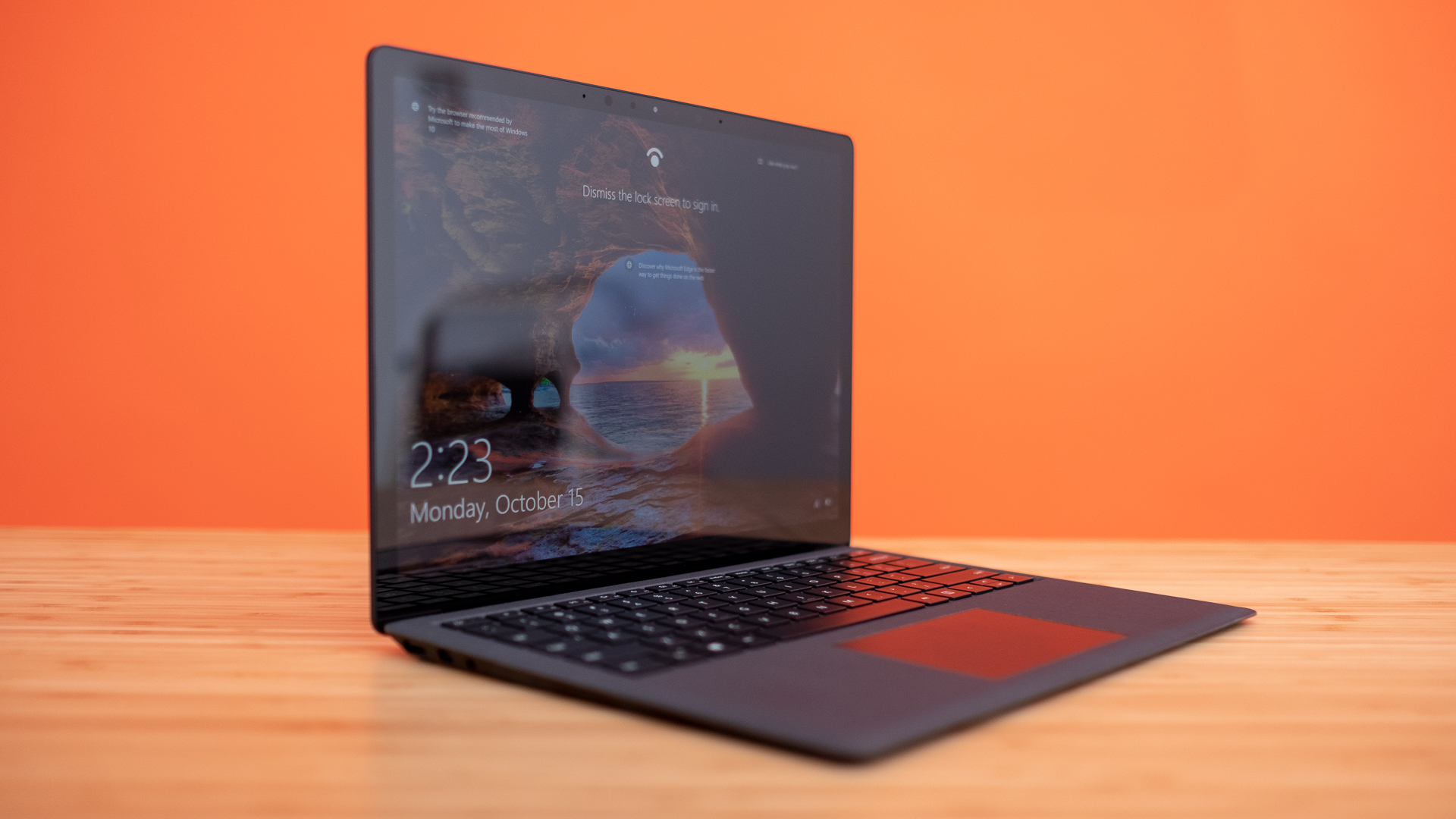 The original Surface Laptop was one of the best Ultrabooks when it first came back, though it was held back from true greatness due to its relatively weak hardware and Windows 10 S. However, in 2018, the Surface Laptop 2 had come back with a vengeance – bringing stronger quad-core processors and the full-fat version of Windows 10. It’s through these core improvements that the Surface Laptop 2 is able to bring the purest Windows 10 experience on a laptop, at a price that won’t make you gasp in horror. 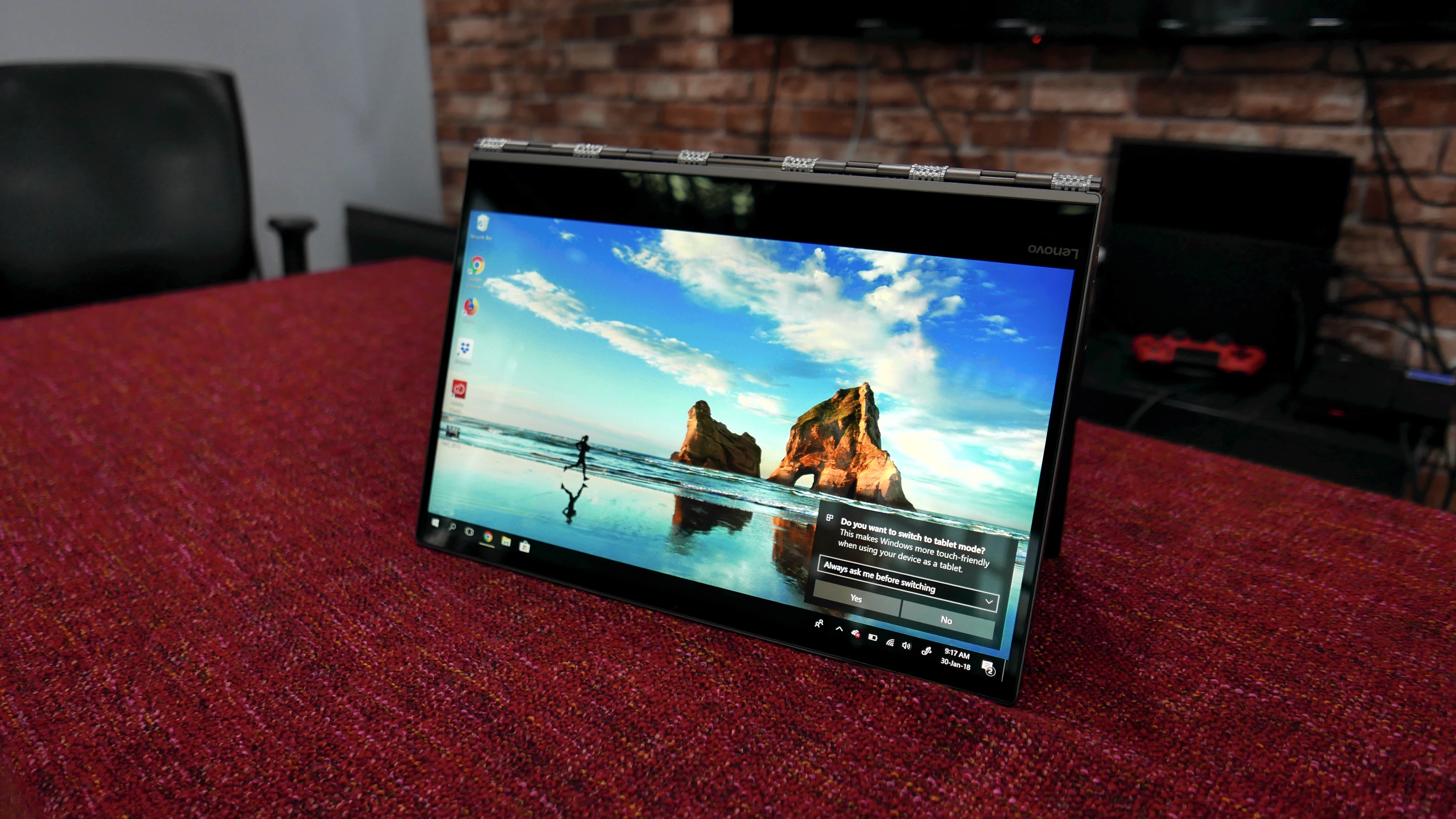 Few Ultrabooks are as brilliantly designed as the Lenovo Yoga 920, a 2-in-1 laptop that’s as illustrious to look at as it is to use. In contrast to its nearest competitors, such as Microsoft’s Surface Book 2, it’s also a far less expensive endeavor. For the modest price you pay, you’re getting a gorgeous, all-metal finish that can be flipped inside out for extended functionality. It also houses the latest 8th-generation Intel processors, just in case speed was a concern. 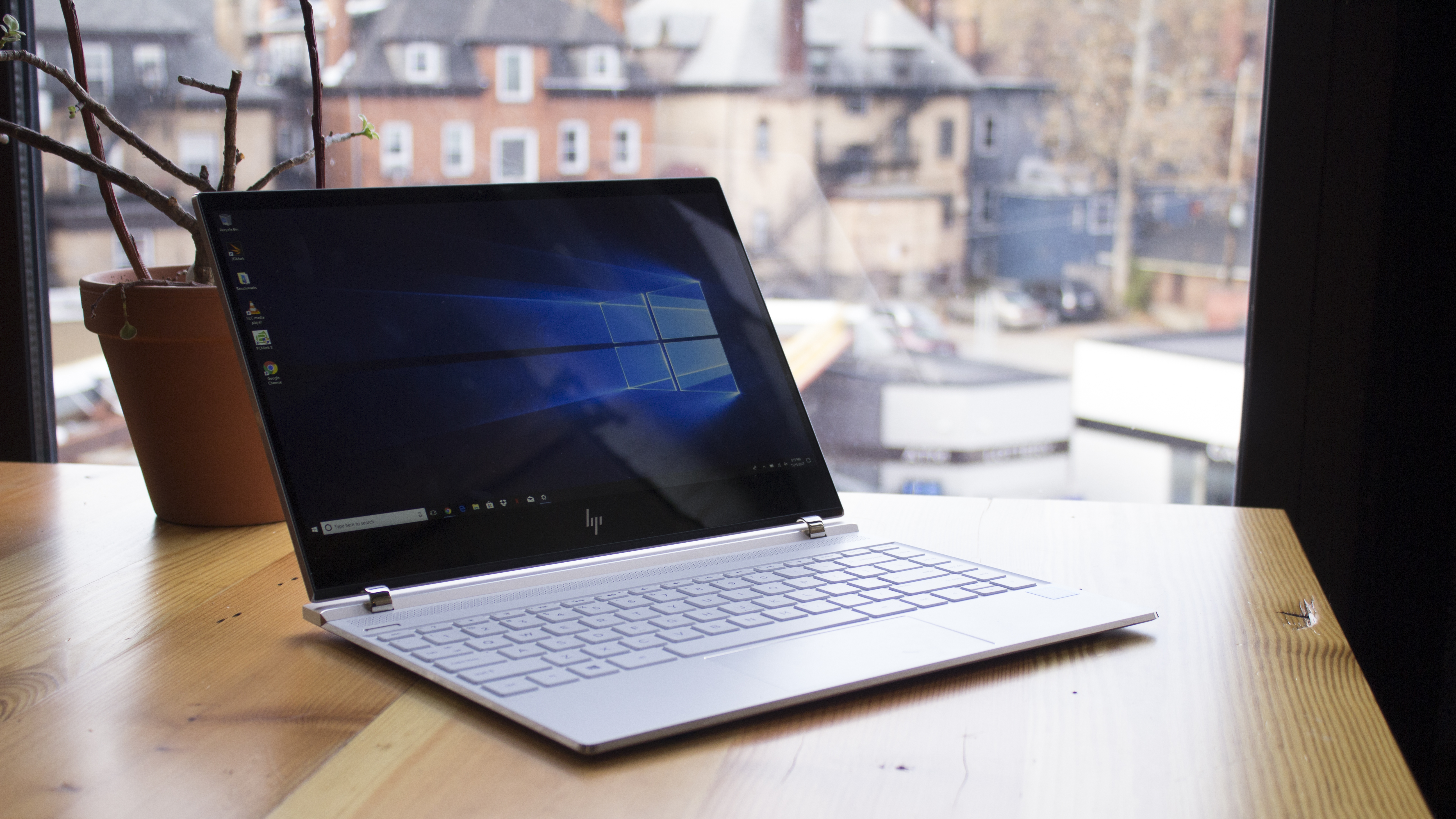 From the moment your eyes meet the HP Spectre 13, you’ll be impressed by its sheer beauty. HP has taken the already luxurious Spectre and dialed the design up to eleven with gold trim and packed it with internal specs that blow the competition out of the water. One of the first Ultrabooks rocking an 8th-generation Kaby Lake Refresh chip, the 2017 Spectre 13 more than doubles the CPU performance of most of its competitors. This added performance comes at the cost of battery life, but clocking in at just under 6 hours – the battery life is still passable. 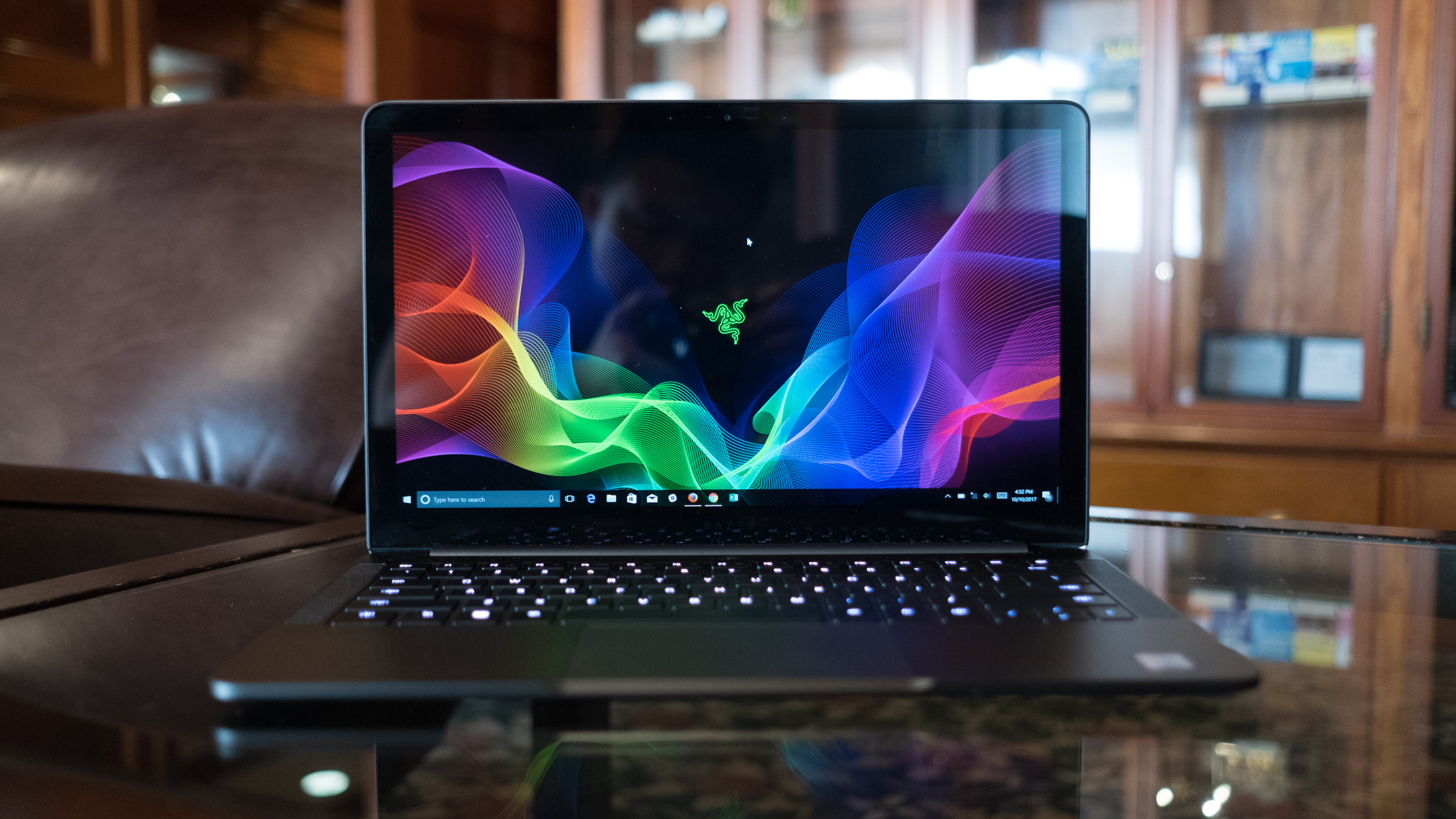 Razer has been known as a gaming company for years now, but with the Razer Blade Stealth the green-themed manufacturer wants to dispel that. If you’re not convinced, this Ultrabook might change your mind by turning into a 13.3-inch, QHD+ beauty. You can no longer upgrade to 4K, but the performance this Ultrabook offers is more than worth that compromise – especially given how beautiful the chassis is. 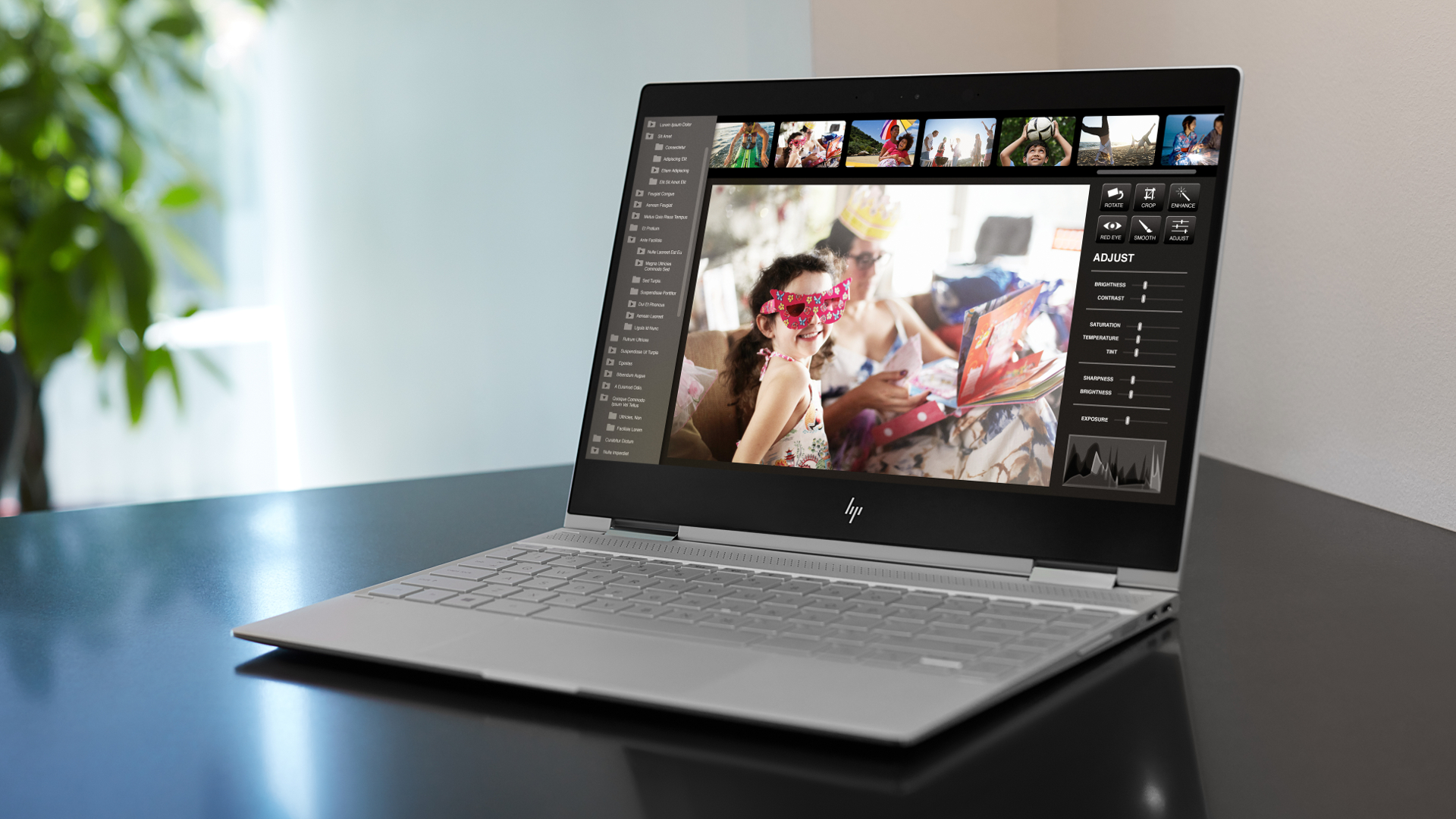 It’s rare that a manufacturer thinks of everything when creating one of the best Ultrabooks, but for what it’s worth, the HP Spectre x360 comes pretty close. It’s a 2-in-1 convertible laptop,, which by itself makes it a bit of a niche product. Still, for those right-brained users out there, the HP Spectre x360 comes bundled with a Windows Ink-compatible stylus, unlike the vast majority of hybrids. That would mean very little if the HP Spectre x360 didn’t have great sound and visuals – and it definitely does. 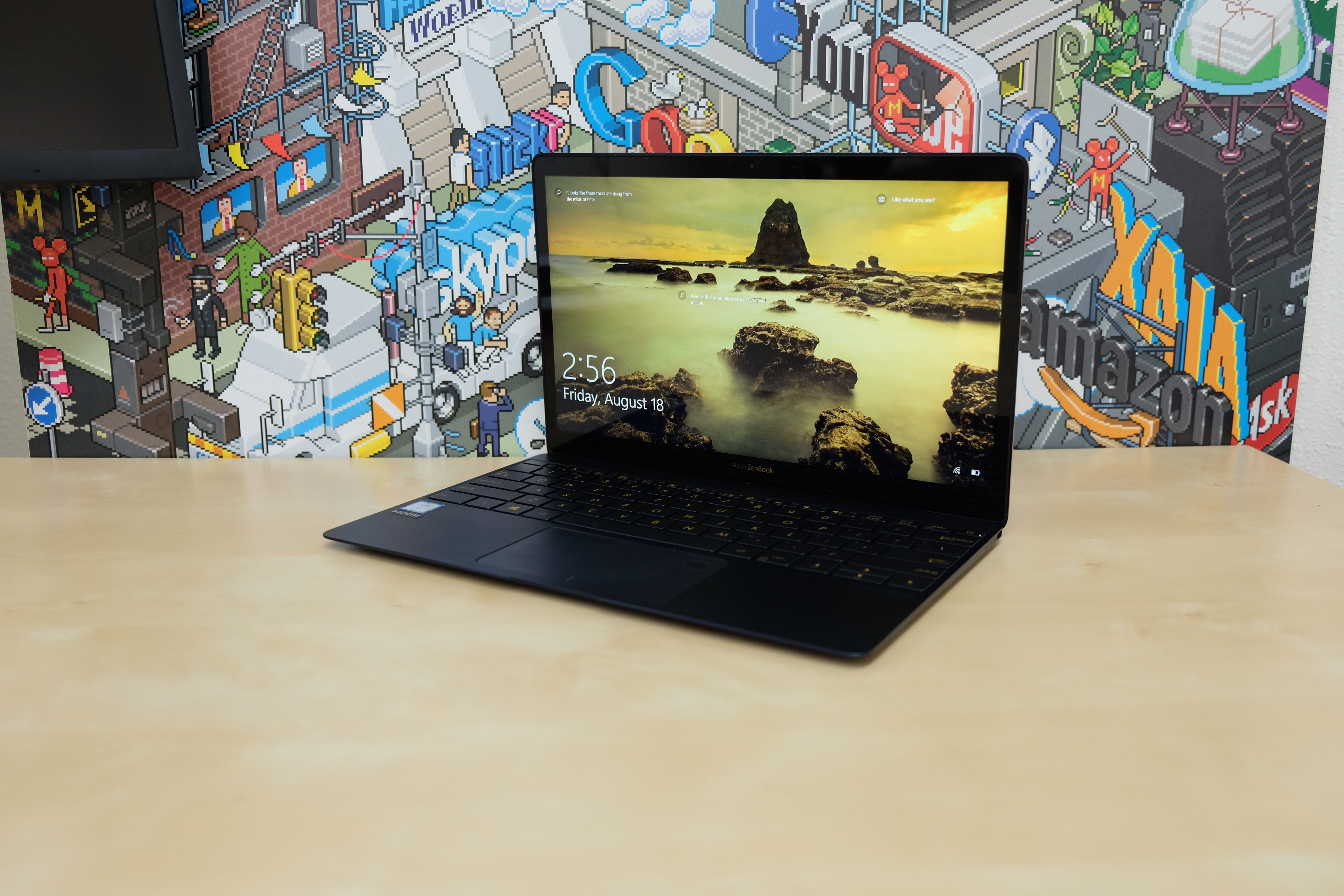 Anyone familiar with Apple’s thinnest and lightest laptop would be wise to compare the Asus ZenBook 3 to the 12-inch MacBook. The similarities are obvious, but one look at the specs and the differences stand out too. Adorned with the choice of a U-series Intel Core i5 or i7 processor, the ZenBook 3 is awfully powerful considering it’s less than half an inch thick and weighs two pounds. The port selection is sparse, but ultimately it’s well worth the sacrifice. 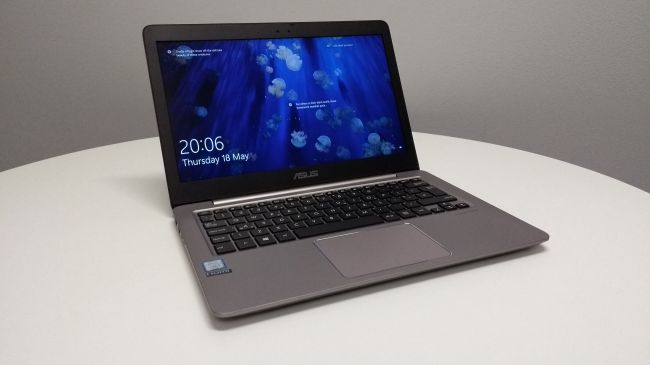 It’s no secret that Apple neglected the MacBook Air – at least until the MacBook Air 2018 launched – but, in some cases a Windows Ultrabook can be just as good. Take the Asus ZenBook UX310UA, for instance. With still-good 7th-generation Intel Kaby Lake processors, a 178-degree viewing-angle QHD+ display, a USB-C port and an aluminum build, it’s still one of the best Ultrabooks out there, even after all this time.