After a teaser showing at this year’s CES 2019, HTC has just dropped a ton of new information on its website about its next consumer-facing VR headset, the Vive Cosmos.

As announced earlier, the Cosmos will indeed be the next evolution for the Vive series of headsets, offering next-level gaming in virtual reality. Unlike the original Vive and Vive Pro, the Cosmos will use a new version of HTC’s tracking system that will allow you to bring the headset with you from one place to the next.

In addition to next-gen tracking that presumably uses those two side-facing cameras, the headset will use new light bar-equipped controllers and a screen that, according to HTC, will minimize the screen door effect that plagues low-resolution headsets.

On top of all that, HTC says the headset will be the easiest yet to setup – a huge boon for those of us who know how hard it can be to get a VR headset setup.

The last feature HTC is touting is the new flip-up design that will allow you to raise the headset when you want to jump in the game, and quickly flip it up when you need to see what’s happening in the real world. The new design should make it easier to wear for hours… but we’ll need to wear it for ourselves to verify that claim.

Here’s a closer look at the controllers:

All that said, HTC is still being reclusive about the release date and potential price for the next-gen headset. For HTC right now, it’s all about building hype.

What we do know for sure is that the headset has side-facing cameras and second-gen controllers that look nearly identical to the ones Oculus made for the Rift. HTC says that the Vive Cosmos won’t need any sensors for it to work, which likely means that the cameras located on the fronts and sides will be responsible for tracking.

Speaking of tracking, what you might notice is that the controllers have a unique light ring along the outside – a neat visual addition that might have something to do with the way the Cosmos tracks the controllers… not that HTC had that info on hand. 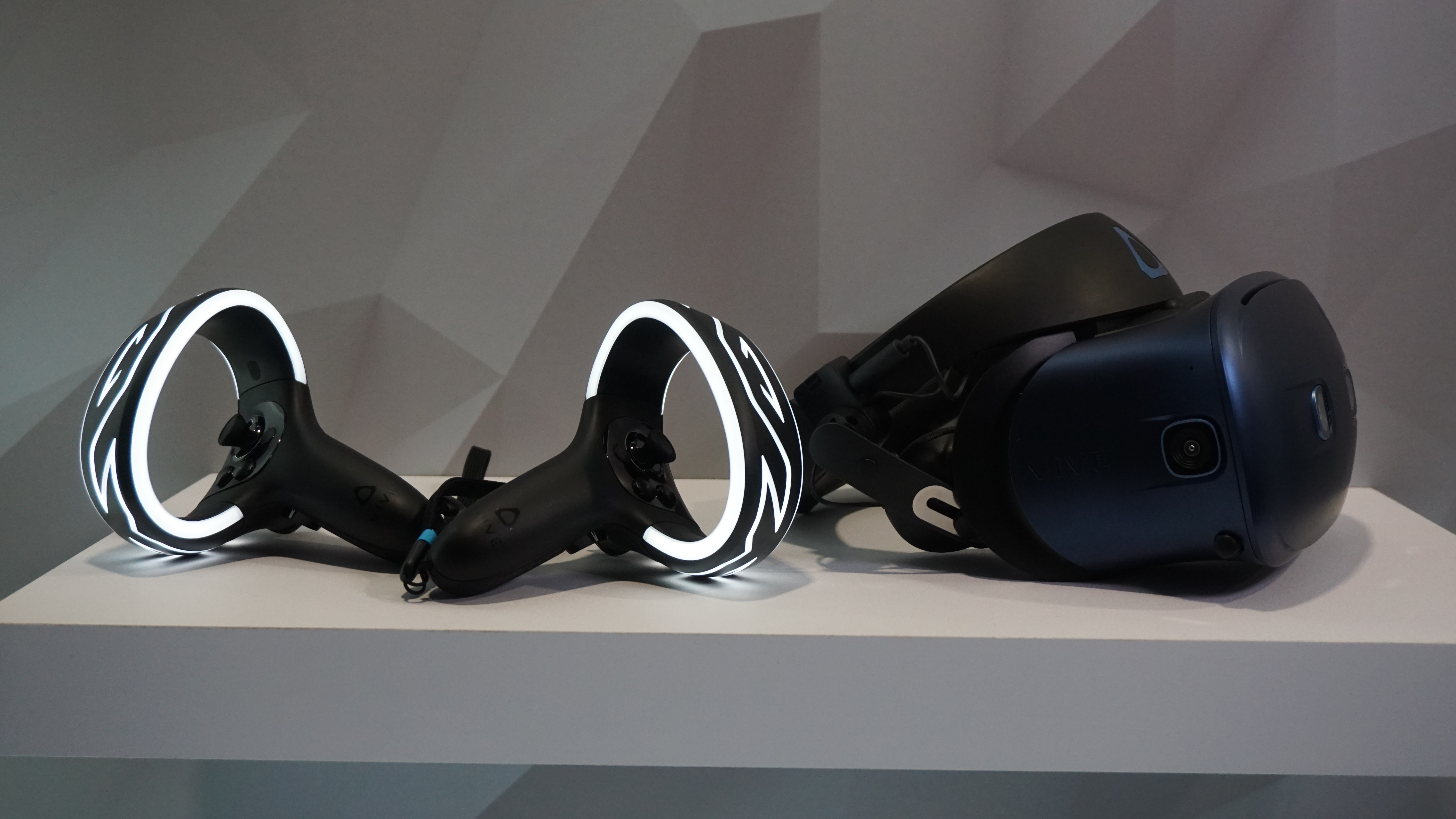 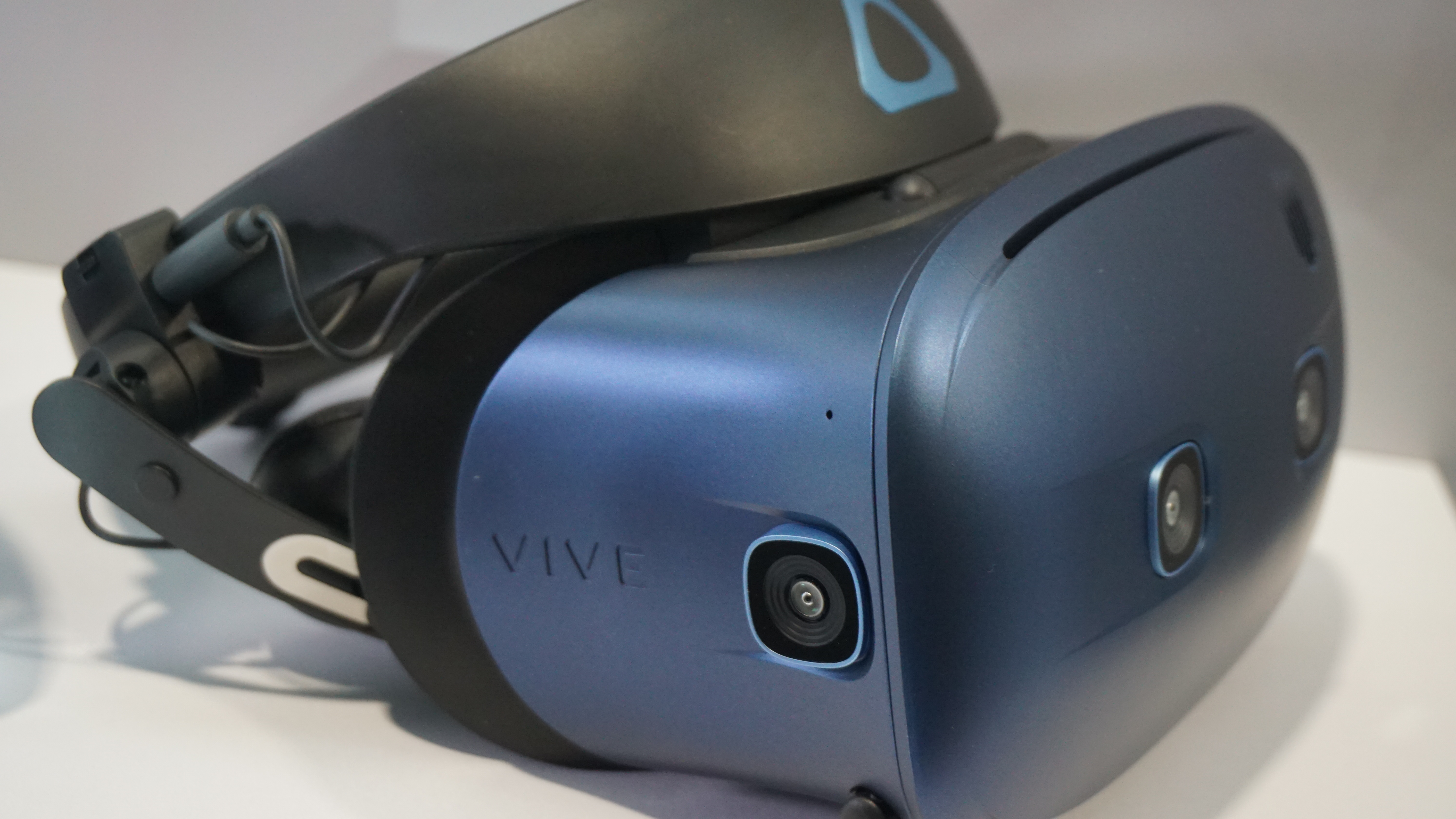 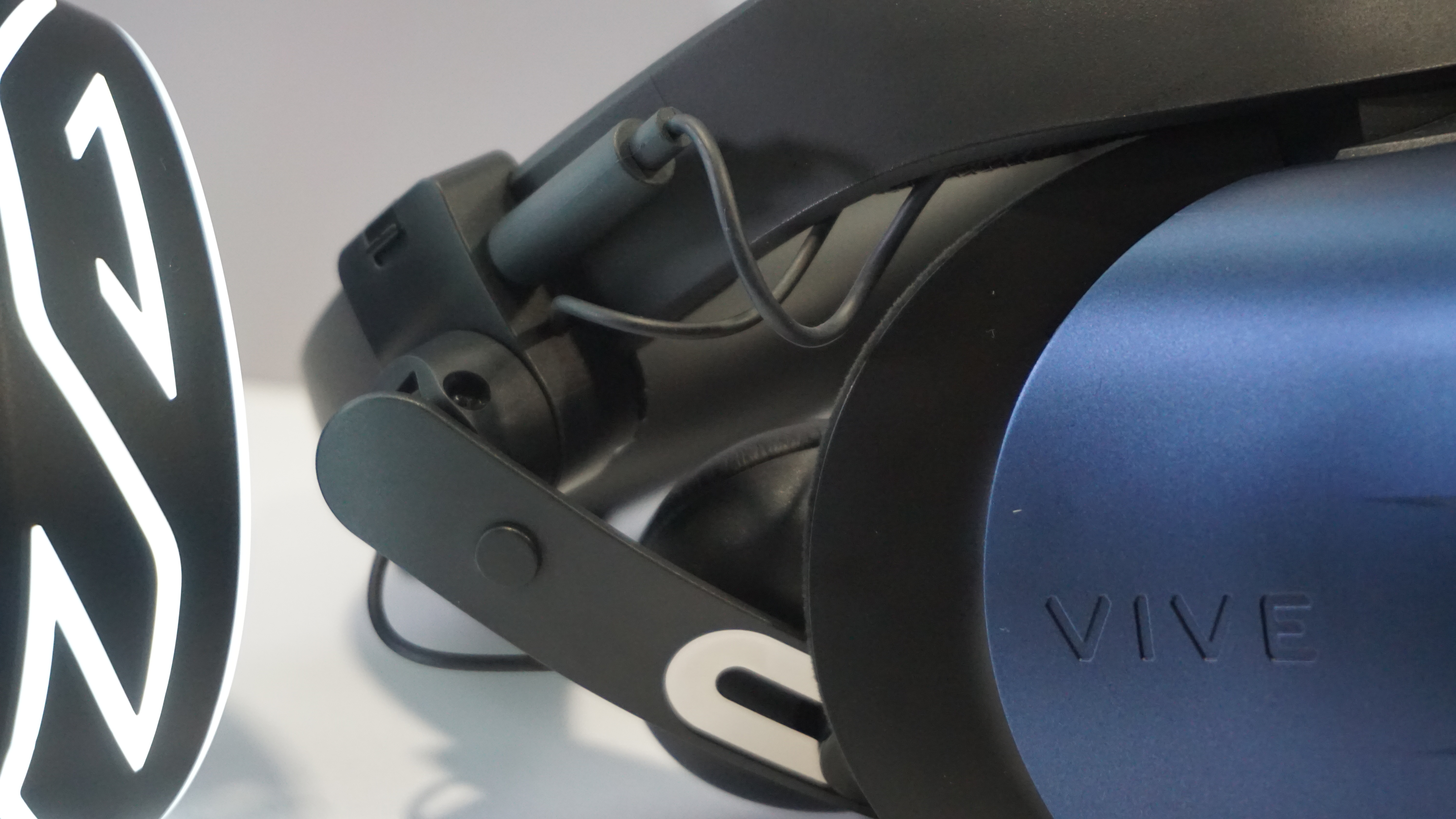 If the Cosmos turns out to be a headset that can be plugged into whatever device you have around – your phone, your tablet, your PC, whatever – it could be a neat solution. But without knowing exactly what the Vive Cosmos is and what it can do, it’s all a big question mark.