While all carriers have been excited about 5G networks, AT&T went a bit overboard by rebranding its advanced 4G tech (delivering ‘5G-equivalent speeds’ via millimeter wave) as the misleading “5GE” (for 5G Evolution), which led Sprint to sue AT&T.

In any case, the latter carrier does have plans to implement true sub-6 GHz 5G across its network this year – so what phones will you be able to use on it?

In the first half of 2019, the carrier expects to expand this to nine cities in large markets: Las Vegas, Los Angeles, Nashville, Orlando, San Diego, San Francisco, and San Jose, Calif. Two more cities, Minneapolis and Chicago, have been added to this year’s list. By early 2020, the company hopes to reach nationwide 5G coverage in North America.

While AT&T has been pretty quiet about which phones will work on its 5G networks – and when those networks will go live, exactly – but here are your options when they do. 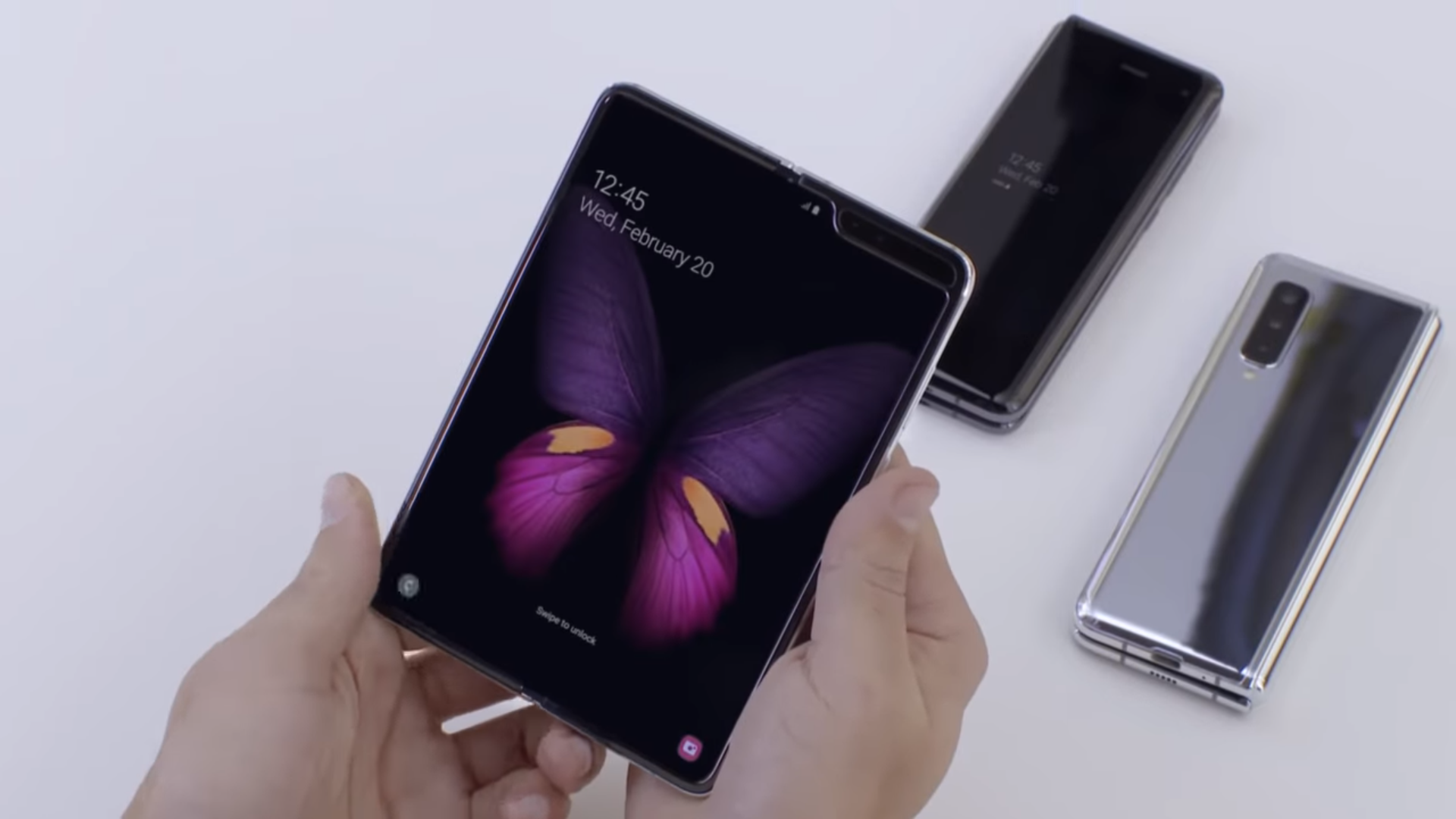 Shortly after introducing the Samsung Galaxy Fold, the phonemaker announced it would launch on two carriers in Q2 2019: T-Mobile and AT&T. That’s a serious feather in AT&T’s cap for customers who want to get in on one of the first foldable phones on the market, which has a release date of April 26 in the US and May 3 in Europe – assumedly, they’ll be available then on AT&T.

The Galaxy Fold is big, powerful, and pricey, expecting to retail for $1,980 (€2,000, about £1,492, AU$2,789). Clamped shut in phone mode, the device has a modest yet functional 4.6-inch screen for you to fiddle with (and very thick bezel to the phone’s edges, but hey, the format is new). Unfold the device completely and its inside display stretches to a QHD+ 7.3-inch screen.

Unsurprisingly for a Samsung device, the Galaxy Fold sports a Snapdragon 855 chip, but the rest of its specs far outpace most of the Galaxy S10 flagship line announced at the same time. Who knows how much the foldable really needs the 12GB of RAM to function, but its 512GB of storage is certainly welcome.

The Galaxy Fold also outpaces all other flagships with an unprecedented (and extreme) six cameras: one above the 4.6-inch screen that usable when it’s folded into “phone mode,” two front-facing cameras poking out above the unfolded 7.3-inch ‘innie’ screen, and the same triple rear cameras (12MP wide, 16MP ultra-wide, 12MP telephoto) appearing on the Galaxy S10 and Galaxy S10 Plus. 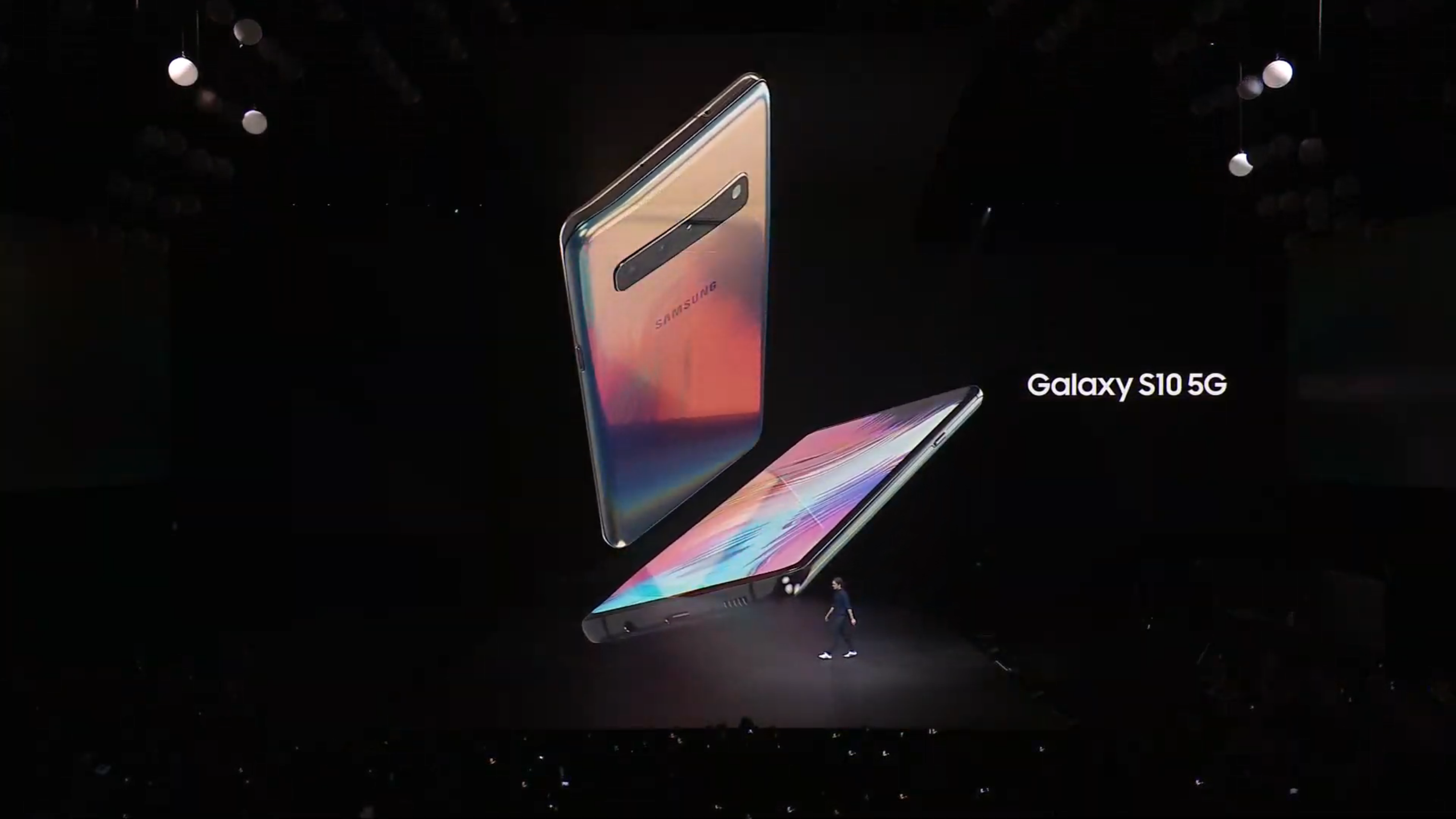 At the end of 2018, AT&T announced that its 5G network would support not one, but two unspecified Samsung devices. The second is very likely the Samsung Galaxy S10 5G – especially since all the other major carriers will have it, too.

If AT&T is indeed planning to carry the Galaxy S10 5G, it will have a monster phone to peddle. The smartphone will pack everything its coming-sooner siblings have…and more. Its Snapdragon 855 chipset will be the fastest on the market, paired with a huge 6.7-inch AMOLED display, 8GB of RAM and 256GB of storage.

It will also have the same trio of rear lenses (12MP wide, 16MP ultra-wide and 12MP telephoto) as the S10 and S10 Plus, as well as a time of flight sensor to measure depth. Want depth-sensing selfies? There’s a TOF sensor on the front, too.

How much will it cost? We don’t know yet, but given the S10 Plus starts at $999 / £899 (about AU$1,398) with lower RAM and storage, the 5G version is expected to be priced higher. But the phone doesn’t have a release date, and AT&T hasn’t confirmed it will support the phone anyway, so stay tuned.

AT&T first boasted it achieved millimeter wave 5G mobile with the Netgear Nighthawk 5G Mobile hotspot back in October. While this isn’t a phone, the mobile hub will be an AT&T-exclusive for users to hook up to on the go.

The Nighthawk 5G Mobile packs the impressive Snapdragon 855 and will reportedly retail for $499. Customers will be able to pick up a 5G data plan giving 15GB for $70/month, according to Ars Technica. AT&T hasn’t announced when it the device will be available, but prior coverage asserted it’s coming sometime in spring 2019.