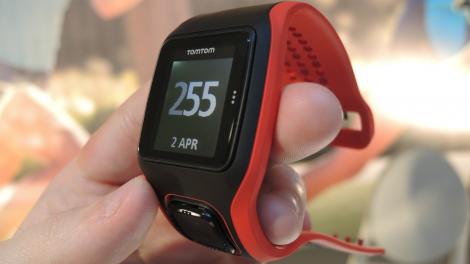 As impressed as we were with the TomTom Runner and Multi-Sport, it was obvious at the time that there was plenty of room for improvement.

A year later and TomTom is refreshing its watches with the new “Cardio” versions, which bring all the familiar features of the first two but with one big added extra – a built-in heart rate monitor.

Not just that, but (so far) a highly accurate one. The original Runner and Multi-Sport could be paired with a separate heart rate monitor but wrapping that strap around yourself and pairing it with the watch was a lot of extra hassle.

Like the original sports watches, the TomTom Runner Cardio is focused on, well, running, while the Multi-Sport throws in added features for tracking cycling and swimming. As a cycling device it works well, and can even be synced withTomTom’s wheel-mounted cadence tracker.

Update: The TomTom Cardio Run 8RA0 running watch has been out for some months now, it’s had a few updates, and now costs £170, can it still give the opposition from Garmin and Polar a run for their money?

Battery life is okay. I got something like six to seven hours of use per charge. However, while that might not sound like a lot, this isn’t a smartwatch that you’d wear outside of training – it’s far too chunky for one thing.

This is an exercise companion that you’ll strap on when you stick your running shoes on and slip off at the end. Most users will sync this every time they train, and plugging in via USB also charges it up, of course. That’s if you use USB – Bluetooth syncing between the watch and its mobile app is also possible and this means your heart rate data will also now be transferred over quickly with the rest of your workout stats.

There’s no touchscreen here or indeed buttons, just a large joystick-style pad at the base of the watch. It’s a fairly left-field navigation method, but the UI is pretty intuitive, the monochrome LCD screen providing good contrast even in badly lit conditions.

As you’ve probably guessed from the photos, TomTom hasn’t gone for anything radically new in design.

It’s a bold design that has arguably dated fast (the TomTom Runner Cardio came out in May 2014), but the red highlights and black strap don’t immediately embarrass on the road.

The strap is removable and swappable for a small range of signature colours, and improves on the previous model, which suffered from a loose fit. The main watch unit is now held in a lot more securely (a gripe I had with the first watches) so it’ll no longer slip out unless you apply a fair bit of pressure.

This plugs into a sizeable charging sled with an inbuilt USB cable, which you’ll be carrying around a lot, and this again dates the tech here – many competitors now have a sled with microUSB plug to minimise the number of cables you’re dragging around, and this system also reduces the likelihood of cable failure as it twists around the base of the charger.

On the plus side, the unit sits on the desk upright so you can see charging progress easily, although you can’t operate the watch while it’s connected.

The broad band hitches on easily with the unusual triple-buckle, then a quick tap right on the odd but surprisingly usable joypad takes you into sport selection mode.

There’s Run and Treadmill (outdoor and indoor), the former if selected brings up the GPS lock screen, the latter, freed from the GPS chip, gives you an instant ‘go’.

While you’re waiting on the GPS you’ve got plenty of time to head over (down) into training, where you’ve got the chance to race your previous PBs, chase down new goals saved via the desktop, run laps/intervals or train to HR zones.

It’s a good spread of training options, and relatively easy to navigate, select and create. TomTom has done well here. However, at times the Multi-Sport Cardio can take several minutes to get going. It’s frustrating, because on other occasions, in the same place, it takes just seconds.

You can turn on assisted GPS via TomTom’s mobile app (it syncs with the wearable via Bluetooth) but otherwise you’re in for a wait. The other issue, which is not unique to this by any means, is that it struggles to track your elevation. So if you’re taking on mighty hills, it thinks you’ve climbed a molehill, and conversely, it’ll sometimes think a perfectly flat road is Mount Etna.

There is a version of this with an altimeter but that pushes the price to £329. Testing this device against newer watches really showed this up – GPS lock often took the TomTom 3-4 minutes longer than other running watches from Garmin and Suunto.

The UI still hasn’t been updated to allow a ‘skip’ function, so you can get moving to stay warm. Once you’ve cleared that hurdle though, the TomTom is actually a very good running watch – the screen is nice and clear, the weird joypad actually quite easy to operate (at least till winter gloves are needed), and tabbing between the screens of handy data such as split times, HR, distance, time, time to goal, etc on the move is intuitive and easy.

But enough on the cosmetics – how good is that heart rate monitor? First thing, in order to get the monitor working you need to make sure the watch is strapped snugly above the wrist bone.

This ensures it will get a clear reading of your pulse, which it does through two green LEDs on the back that calculate your heart rate by detecting changes in blood flow. It’s pretty cool stuff.

You’ll want to make sure the watch is tight enough to prevent it moving about on your workout. Luckily the watch fits comfortably around the arm so that shouldn’t be much of an issue, but letting it slip down will mean a loss of accuracy.

I found that it didn’t take long for the watch to find and display my heart rate, and it was easy to monitor the all-important “zone” I was in when running or pumpin’ iron – a “treadmill” setting lets you use the watch without GPS, in the gym or home.

On my test run I strapped last year’s TomTom Runner onto my other wrist and strapped a heart rate monitor to my chest so I could compare the results. As it turned out, the readings were consistently close and often identical (the Cardio watch tended to be a couple of seconds behind in bpm adjustments, which I would have expected anyway).

But that wasn’t enough assurance for me, so I also tested the Multi-Sport Cardio’s heart rate monitor against a hospital ECG machine. Once again, the results were impressively in sync.

The new monitor also means you can train in your optimal heart rate zone – easy, fat burn, endure, speed and sprint – and the watch will alert you if you need to speed up or slow down. Zones are calculated based on your age and are not user definable but if you’re not an elite athlete, that’s probably not an issue.

That’s if you use USB – Bluetooth syncing between the watch and its mobile app is also possible and this means your heart rate data will also now be transferred over quickly with the rest of your workout stats.

In a move that will surprise nobody, TomTom has MySports apps for iOS , Android and MySports Connect software PC/Mac desktops.

I tested the Mac desktop and paired it with the Android app. The Android app is relatively simple, but once paired with your device gives you a convenient way to upload and sync your sessions, and the data that’s available is decent enough.

In ‘Activities’ you have a chronological list of recorded runs, showing distance and duration, which once clicked through bring you a deeper level of data such as calories burned, pace, elevation, HR and stride. There’s a nice splits vs laps display, and a handy graph where you can map HR to speed via the dropdowns, which is an interesting exercise.

There’s also a map, which shows up the GPS chip again with a series of ‘running in the river’ moments, interspersed with cutting through buildings and avoiding bridges, as the error correction straight lines between plot points.

Overall it’s a decent app, but nothing that an Endomondo or Runsense doesn’t deliver too. The desktop (on Mac at least) feels clunkier, and can take a while to connect and sync. Once you’re in you’ve got a similar activity interface, but with a crucial addition – a ‘race this’ button, which allows you to load a specific route back into the watch as a ‘Race’ for you to beat.

However, there’s no function to construct your own ‘race’ without tracking it first, or to follow other people’s ‘races’ and compete against them, such as with Endomondo, Strava, etc.

Overall it’s not a bad desktop experience, but it does require a fair bit of syncing action to uncover fairly sparse stats, and by adding the ‘Race this’ button to the mobile app they would provide similar levels of insight.

Another major plus point of the TomTom is that it doesn’t try and do anything else – all other sports have been stripped out in favour of the running.

There’s no smartphone alerts, no sleep tracking, no activity tracker. Just running, time and date, oh, and a stopwatch. That’s great news, because it’s too large to be worn in general social situations anyway, and it’s a very good running watch without diluting itself with other junk.

Overall I liked the single-mindedness of it.

It’s the best HR wrist sensor I’ve used – consistently within 1 BPM of a chest strap. The UI is very logical and it’s really super-simple to get up and running – in fact waiting for satellite lock is the longest part of the process. The app is good as well.

Surprisingly for the brand, GPS is pretty poor — without regular syncing with a desktop or mobile app to handover your coordinates this watch takes a long time to get a satellite lock. In winter that’s not very funny. It’s also quite bulky, by no means a subtle device, and although its comfy enough when worn it’s a big beast to truck around. Battery life is also no up to scratch, seven hours or less isn’t really good enough. You might get a week’s worth of runs out of it, but only just, and I found occasional random battery drain (admittedly on an older test model) stymied my plans to run with it.

The heart rate monitor is accurate enough, kept in the optimum position by the broad strap. The watch is comfortable in use and prices have dropped considerably from the TomTom’s launch.

However, the look is slightly dated, and I found the GPS pretty sketchy – a shame when so many running watches suffer from the opposite issue (terrible HR monitor, great GPS).

With a better GPS and slightly less bulk this would be an excellent running watch, but you could argue that Suunto, Polar and Garmin’s top-end offerings offer similar or better results but with less compromise.