Pimax’s ‘8K’ headset seemed too good to be true, but after some delays post-successful Kickstarter, the company is ready to start shipping next month, the company told us at CES 2019.

But given that the ‘8K’ moniker is deceptive – it’s actually two 4K lenses (one for each eye), and each is technically 3,840 x 2,160 upscaled from 2,560 x 1,440, according to VentureBeat and LinusTechTips – we should remind everyone what they’re actually getting for the whopping $899 pricetag.

Let’s be clear on one point: when we tried on the headset, the ‘8K’ did seem to deliver on its claims for a 200-degree field-of-view. Pimax’s website doesn’t specify which axis of FOV, so it’s likely measuring the diagonal, but that’s still far ahead of the 145-degree FOV of the HTC Vive or the 120-degree FOV of the Oculus Rift.

This expands your peripheral vision in the ‘8K’ headset beyond what you’d see in competing devices. When I loaded up a mountain scene within Valve’s VR sandbox game The Lab, I actually gasped. The view is spectacular.

It wasn’t perfect, mind you: in my unit, I eventually saw an ever-so-faint miscoloration, like a slight yellow filter, in the middle third of my view.

And, sadly, that was the closest I could get to giving the 4K claims a test run: the highest-resolution content ready to test on the computers running Pimax’s headset only had The Lab. It was sharp…but not 4K-film-running-on-a-4K-TV sharp.

It was, however, very smooth. The ‘8K’ runs at 80hz, which is under the 90hz baseline most VR headsets run at to present constant motion pleasant to the human eyes, but it ran smooth enough for me not to notice. To the headset’s credit, it ran without a hitch when broadcasting Doom VR gameplay in a separate play session.

(The ‘8K’ spec sheet on Pimax’s website also notes the headset has ‘Brainwarp Support;’ The company doesn’t clarify what that is, but it’s apparently a process to present only one eye with a 4K image at once and flip between them extremely quickly, according to Road to VR. How this may supplement the lower frame rate is unclear.) 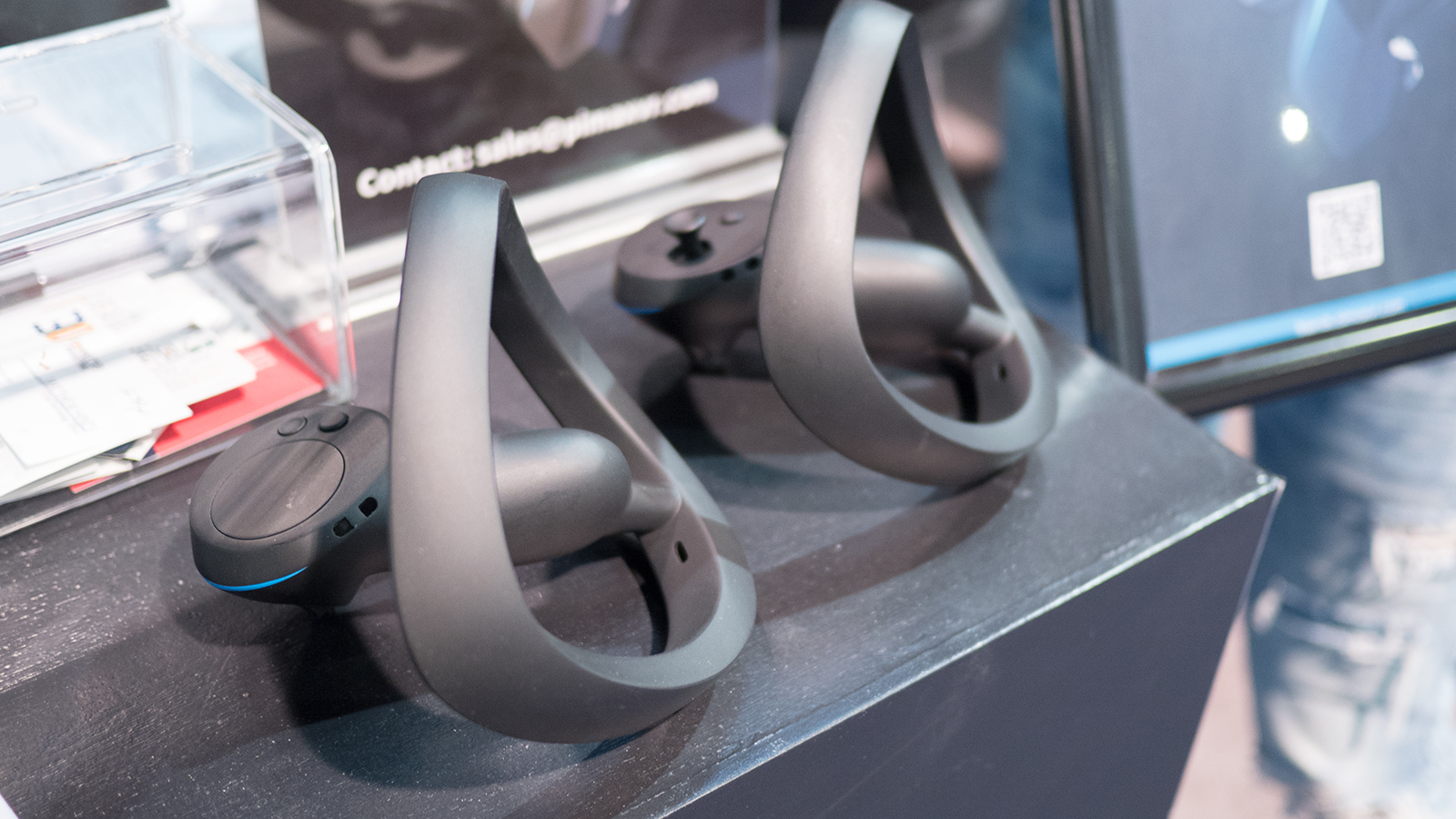 Other advantages for its high cost

No matter how amazing the product, its $899 pricetag is very, very high. Fortunately, the ‘8K’ supports existing tech, like HTC Vive controllers and Steam 1.0 and 2.0 Lighthouse tracking gadgets. Pimax also designed its own controllers (in both touchpad and joystick versions) for $300 a pair, but we didn’t get to test them out.

The ‘8K’ also hasn’t changed much externally since it was first introduced: it’s still a very wide device. Thankfully, it isn’t much heavier than a typical VR headset, though anyone seeing you play it will likely smirk: you’ll look like a cyber hammerhead.

Pimax claims ‘8K’ runs content from SteamVR and Oculus Home. If you’re planning on running this device, you should run it on an NVIDIA GeForce GTX 1080Ti (or AMD equivalent) or above, per the company’s website.