The Magic Leap One is a futuristic pair of augmented reality (AR) glasses, designed to enhance your world with digital objects and images while still letting you interact with everything real that’s going on around you.

Sound like science fiction? We don’t blame you. But the first Magic Leap One model is not only completed; it’s now on sale in a select number of US cities, with plans to roll out further afield in the coming year. Magic Leap One: Creator’s Edition is aimed more at developers than high-street consumers – hence a pretty high asking price – but for now its the only version of the AR glasses available.

While we’ve had to wait patiently for more details on these exclusive – and expensive – AR glasses to come to light, we learnt plenty more thanks to a presentation by the Florida-based startup back in 2018, as well as a recent Magic Leap One demonstration where we got to go hands on with the futuristic technology.

According to Magic Leap, this is the future of wearables, smartphones and computing, and it’s all distilled into the funky-looking Magic Leap One.

What’s it like? Well, take the virtual objects you see in a VR headset and break down the wall so that you can see what’s in front of you. That’s the concept behind AR or “mixed reality.”

There’s certainly more to the Magic Leap One prototype than meets the eye. It consists of what the company terms ‘Lightwear’ glasses, a ‘Lightpack’ computing platform and a dedicated hand remote. This is way more involved than Google Glass for 2018.

There’s still a lot of mystery to Magic Leap, but read on below for everything we do know so far. Let’s explore your AR future.

The initial launch of the Magic Leap One: Creator Edition was in August 2018, though it was limited to six cities in the United States: Chicago, Los Angeles, Miami, New York, San Francisco, and Seattle.

The launch was long-awaited after a lengthy five-year development, with nothing but conceptual ideas to show until very recently.

Clearly investors believe in the timeline behind Magic Leap. It’s attracted hundreds of millions of dollars from companies like Google and Alibaba.

We’ll continue to track the Magic Leap release dates for other territories and locations. What is available now, however, is a Technical Preview of the Creators Portal and SDK for developers. This provides tools and resources on which to create content for Magic Leap One, which is a good sign the mixed reality glasses are getting closer to a wider release.

The futuristic Magic Leap One: Creator Edition will set you back $2,295 (about £1,731 or AU$3,073). The glasses are being pitched as a high-end gadget, and certainly isn’t chasing mainstream consumer entertainment.

We originally heard the price would fall close to that of a “higher-end mobile phone to higher-end tablet” for the cheapest version, so we expect we’ll see a more affordable, mainstream iteration some time after the flagship model.

This is according to Magic Leap CEO Rony Abovitz, who revealed this information in an interview with Recode in February 2018. Abovitz didn’t object to the Magic Leap price being compared to the iPhone X, which costs $1,000 or £1,000 to start.

And that’s just for the Magic Leap starting price. The CEO said the Creator Edition will be priced somewhere in the range of the Microsoft HoloLens, which is $3,000 or £2,719.

The justification for this high price? Magic Leap One is meant to replace many devices, not just, say, a smartphone, thus saving you thousands in the long-run. By comparison, the Google Glass price was $1,500 (£1,000, about AU$1,956), and it promised less.

The future is often exciting, and also more times than not very expensive. Also, Magic Leap doesn’t have many competitors in the AR glasses space, so it’s free to set its own price. The question is: will developers and consumers be buying?

How to buy Magic Leap One

When Magic Leap One: Creator Edition does go on sale, there’s a good chance you’ll fit into one of the categories the company is targeting.

So far, creators include developers, brands, agencies and even early adopter consumers, according to Rolling Stone, comparing the glass’s potential audience to the sort of people who bought the first iPod.

In other words, this developer kit won’t be limited to the developer community. It’s going after consumer content creators, too.

Magic Leap One is more than just a pair of AR glasses with a camera on it (see: Snapchat Spectacles and its less-than-a-year popularity span).

“It’s what we think of as spatial computing. It has full awareness,” according to founder Rony Abovitz in the Rolling Stone piece. Think Microsoft Hololens, but with a slightly larger field of view. 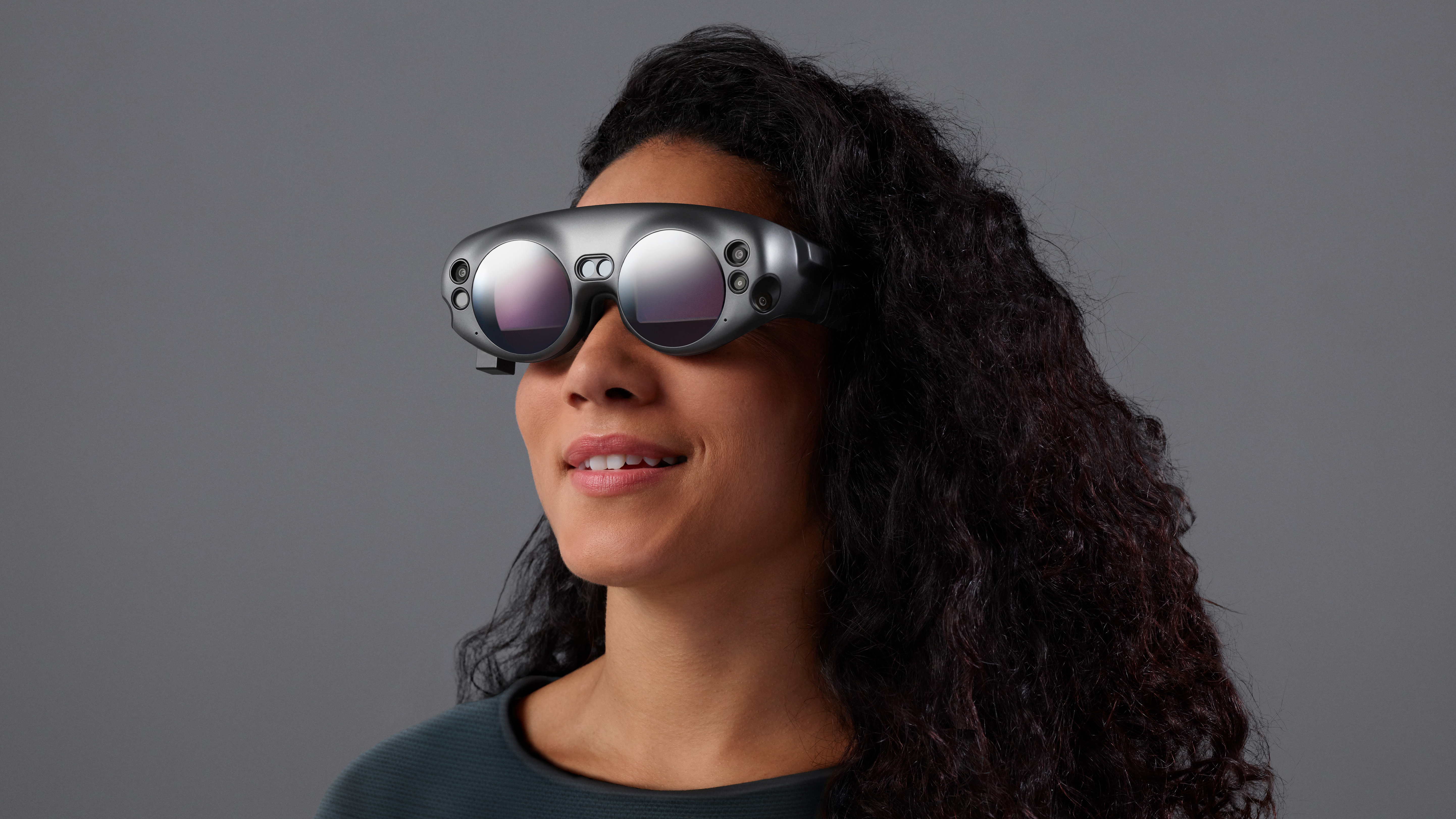 How does Magic Leap One work? It uses lightfield photonics to generate digital light at different depths and blend seamlessly with natural light to produce lifelike digital objects that coexist in the real world.

In other words, it’s supposed to fool your brain into thinking the virtual objects set against real-world environments all look natural. That’s going to make it more comfortable to wear the Lightwear goggles for a longer period of time.

Magic Leap is particularly working on expanding the field of view in its glasses and determined to make it comfortable to wear. Even if the AR glasses look a bit awkward, they should feel good wearing for a few hours.

Part of the comfort of Magic Leap One is that it’s pitched higher on the back of your head. This helps with weight distribution, according to Magic Leap, which could make the glasses less front-heavy, a problem that has plagued even the best VR headsets. 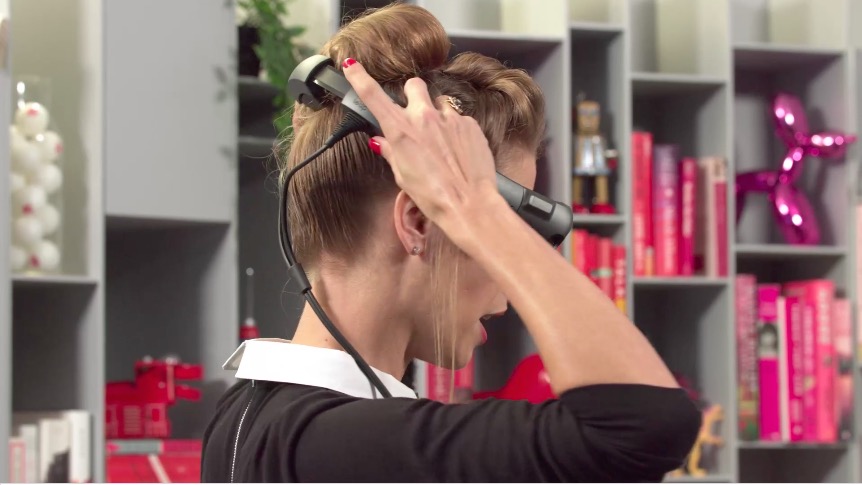 In its June 2018 presentation, Magic Leap detailed some of the features of the AR glasses.

For one, it features eye tracking, so it will know where you’re looking and use your gaze to control the experience. It will also use head posing, gesture controls and voice commands to control what you see and how you interact with mixed reality objects.

The glasses feature built-in audio in the headband, though you can plug headphones into the auxiliary port in the Lightpack that you slip into your pocket.

Magic Leap One will be available in two sizes, standard and large, so it should fit most users.

Finally, while Magic Leap doesn’t recommend wearing eye glasses with its headset, the company is working with a third-party partner on developing prescription lenses.

Not all of Magic Leap One is contained in the Lightwear goggles. The computing power is relegated to a Lightpack that fits in a pocket.

It isn’t meant to be worn in a belt, warns Magic Leap, because it doesn’t really clip on, but rather slips onto and clasps around the fabric of your clothing. There will be an optional strap made available if you want extra security.

You power up the the headset through the power button on the Lightpack. So, it’s essential that you use Magic Leap One with this puck-shaped disc, otherwise, it simply won’t work.

While the company isn’t talking about CPU and GPU chips, this disk-shaped “computer” is where the high-powered processing takes place.

It does have a cable, but at least you’re not tied to a computer or a backpack VR kit, like we’ve seen from other high-end virtual reality headsets.

Interacting with the new, virtually overlain world around you is done through rather traditional means: a familiar-looking motion controller. 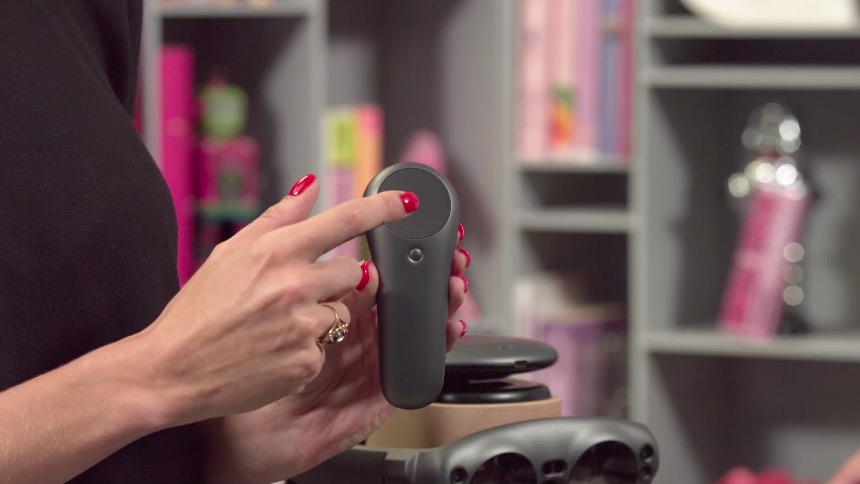 Control – what Magic Leap is calling its controller – is a remote that contains buttons, six-degrees of freedom motion sensing and a touchpad. There’s also haptic feedback, according to the official Magic Leap website.

The AR future is now

Magic Leap content ranges from games to music experiences to Oculus Connect-like digital collaborations so far, and these are being billed as “just a jumping-off point” for creators.

The company wants you to be able to pull the web out of the screen, with 3D virtual objects and be able to open up multiple screens on demand.

All of the content, which Magic Leap is keen to have developers create, will be housed in Magic Leap World, the app store for Magic Leap One.

Speaking to TechRadar, a representative from Rovio Entertainment cited the “novelty and interest around the new platform” for their decision to develop for the budding AR device, as well as the significance of the ‘real-world’ applications of AR:

Meanwhile, Tommy Palm, CEO of Resolution Games – who developed the AR title in tandem with Rovio Entertainment – suggested we could eventually see a headset capable of both AR and VR experiences, and spoke ambitiously of Magic Leap as “a technology that could replace your smartphone”.

That long-sought-after goal of a Minority Report future may be within our grasp in 2018. Whether or not Magic Leap One can deliver that remains to be seen. But we’re at least a whole lot closer to that exciting (augmented) reality.