That’s because Google Assistant is being upgraded to tackle one of the most intimidating things about traveling to a foreign country: it’s adding real-time translation to Google’s increasingly smart AI voice assistant.

I got to demo Interpreter Mode, as it’s officially called, by commanding a Google Home Hub smart speaker with a single phrase: “Okay, Google, become my Italian Interpreter.” I then had a full conversation with someone who spoke Italian, even though I don’t know uno from due – until Assistant helped me out by reciting the words in English seconds later.

Google Assistant Interpreter Mode is potentially world-changing for the future of travel: I won’t need to be bilingual in order to properly visit places and converse with locals in China, France, Italy, and so on. And there’s no need to boot up a translation app, sort through language selection dropdown menus, or spend time typing in words. It all happens automatically.

Google Assistant Interpreter Mode is like having a foreign language dictionary come to life. It was the most promising innovation I’ve seen at CES 2019. The back-and-forth conversation between myself and my fluent Italian friend felt fairly natural, even if the software did require us to repeat some sentences. For the most part it worked. 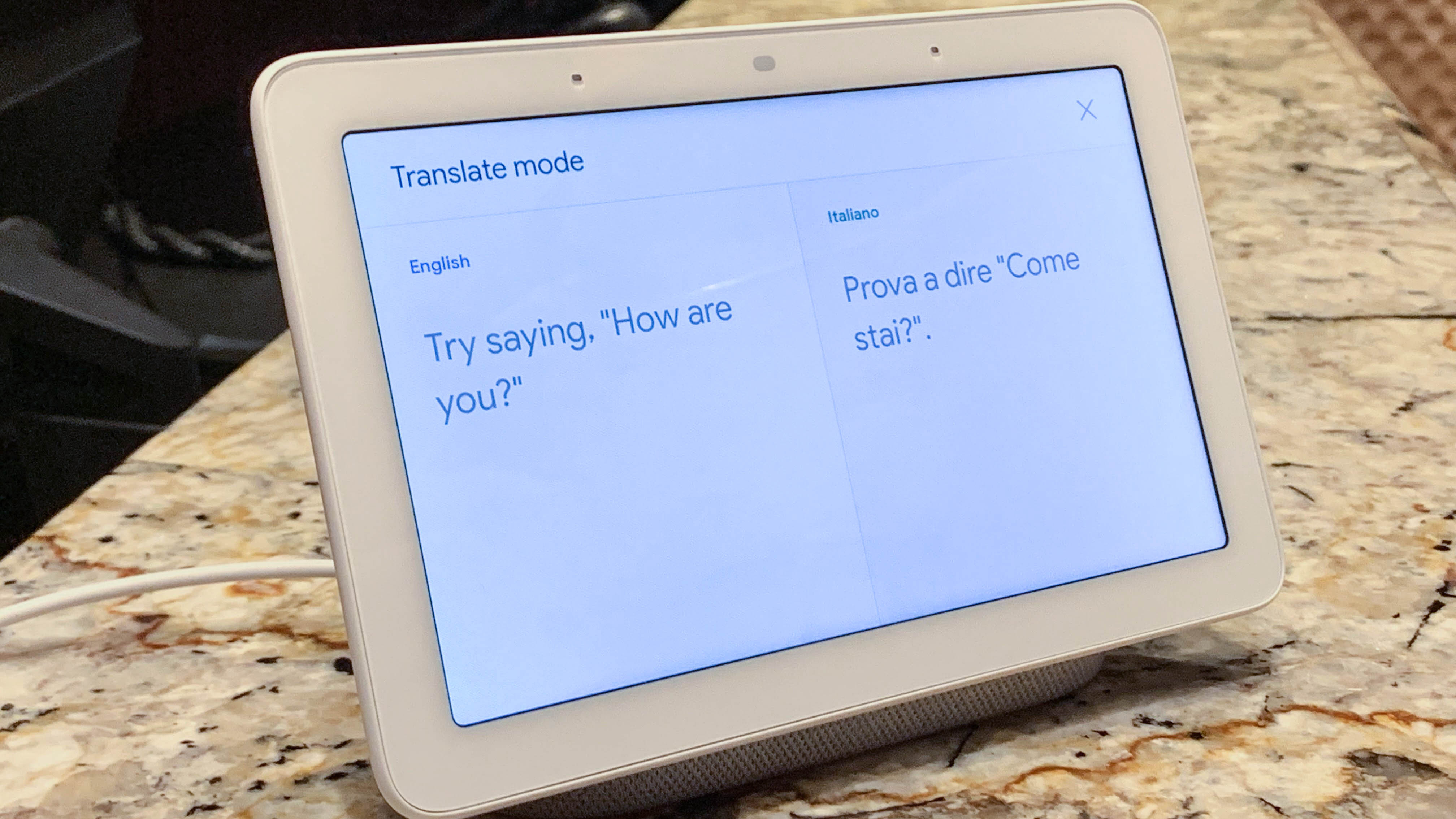 Like Google Maps has helped us navigate the world when visiting big, unfamiliar cities, Google’s new Interpreter Mode has the potential to close the gap on bilingual conversations. It’s built for travelers visiting foreign countries, and works better than the Google Pixels Buds translator.

In fact, Google demoed its real-time translation mode to me at the Caesars Palace concierge desk in Las Vegas during CES. It’s strongly hinting that a future check-in process at hotels could use Interpreter Mode to aide world travelers.

The power of Babel needs to come to your pocket

Assistant can translate between 27 different languages in real-time so far. That list will grow, but the real expansion that is needed is in device support. That’s coming, too, says Google.

Right now, Interpreter Mode works with Google Home speakers, like the Google Home Mini and Home Hub, but it’ll eventually come to more third-party speakers and even smartphones down the line, according to Google.

Its eventual launch on smartphones is when this real-time-translating Interpreter Mode goes from AI with world-changing potential to a world-changing reality. You need the power of Babel in your pocket, not just when a Google Home speaker is installed at a hotel concierge desk.

My CES demo was mostly a success, though Assistant didn’t particularly care for my not-so-authentic Spanish accent when I said “Okay, Google, become my Spanish Interpreter” and asked “¿Dónde está el baño?,” or “Where is the bathroom?.” It kept translating my ‘Spanish’ to Spanish, and it proved my ability to speak Spanish is absolutely terrible. It’s now AI-verified.

Google said Interpreter Mode will work with authentic language speakers, and really, that’s the point. When I spoke English and the Google employee spoke Italian, it worked nine times out of ten – we only had to repeat phrases twice. That’s about the rate in which my Google Home Hub properly hears me when issuing normal English commands.

By the time it comes to smartphones, Google may be able to refine Interpreter Mode’s precision even further. That’s when the world may become three times smaller for the monolingual among us.