Google Assistant getting smarter in 2019, and we got a chance to demo its new powers at CES 2019, including the ability to translate to a foreign language between two people in real-time.

Assistant, now two and a half years old and on nearly one billion devices, is being upgraded in three key ways: on your phone, in the car and at home. More apps, like Google Maps, will now include Assistant functionality, which will make driving safer, according to Google.

Here’s how Google Assistant is changing and possibly altering your daily habits, all based on our hands-on demo of the AI software during CES.

The biggest highlight of Google’s CES 2019 demo has been real-time translation. Officially dubbed Interpreter Mode, we tested out its ability to translate between two people speaking different languages.

It worked for us at the Caesar’s Palace concierge desk, where we spoke English and a Google employee spoke fluent Italian. We didn’t understand anything the person said to us until Google Assistant on a Google Home Hub read loud the English translation seconds later. 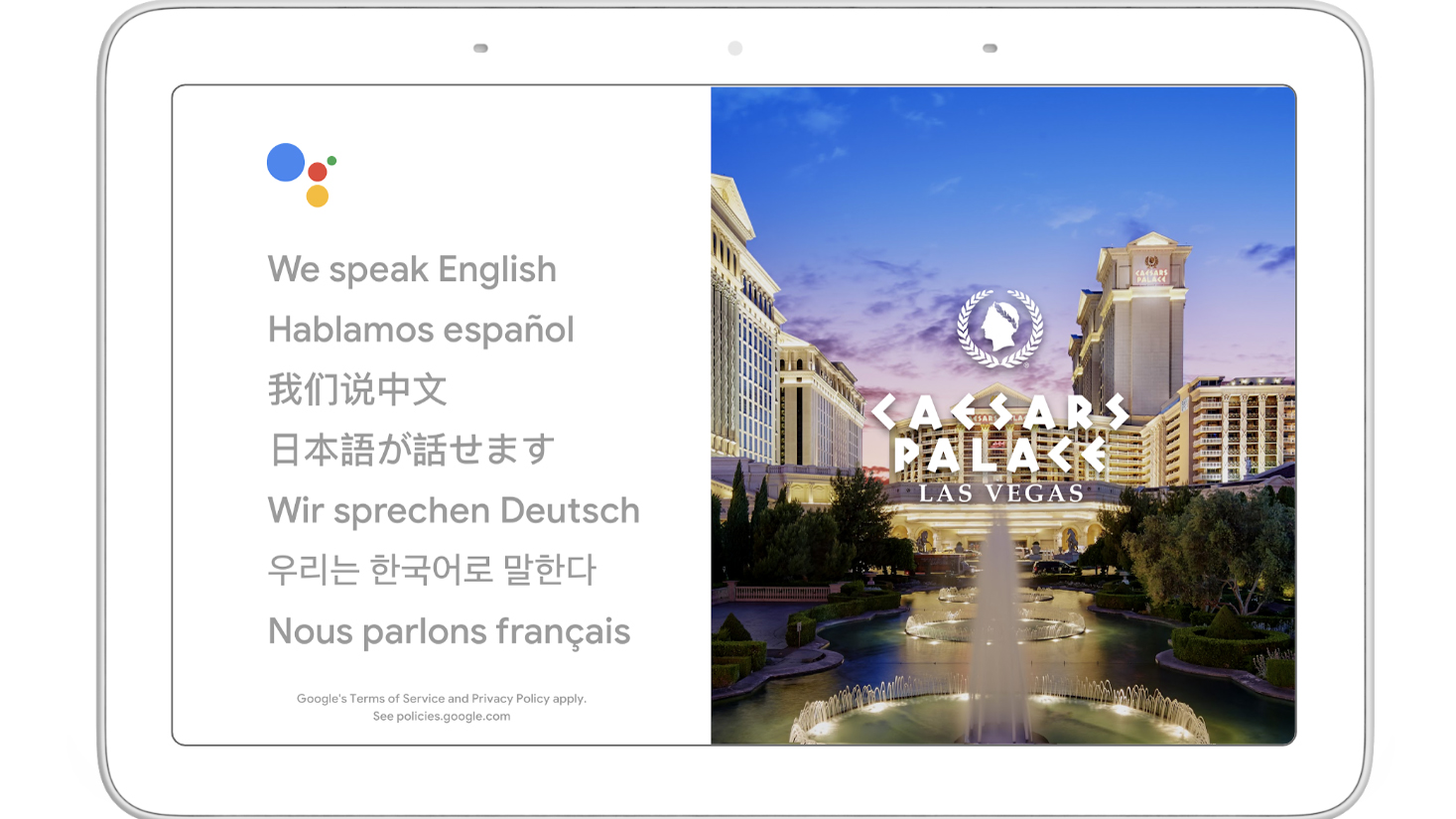 Really, the potential behind this new Assistant mode is immense. It could be a game changer for world travelers who don’t speak the language of the country they’re visiting. It could make foreign traveling more inviting in the future, once it rolls out to more devices.

In its current state, Interpreter Mode can translate between 27 languages in real-time and is slated to work through Google Home speakers, like the Google Home Hub and Google Home Mini. It’ll come to more devices and even smartphones in the future, according to the company.

Google Assistant is just getting smartphone on phones. The AI behind the assistant is constantly being improved to better understand what it’s being told. It’s also being supported by more apps, making it easier to complete tasks.

What’s that mean for you? For one thing, better dictation, as Google Assistant can automatically handle punctuation on Android and iOS phones. It’s also just getting better at messaging in general, with the ability to read back and reply to all of your messaging notification on Android. 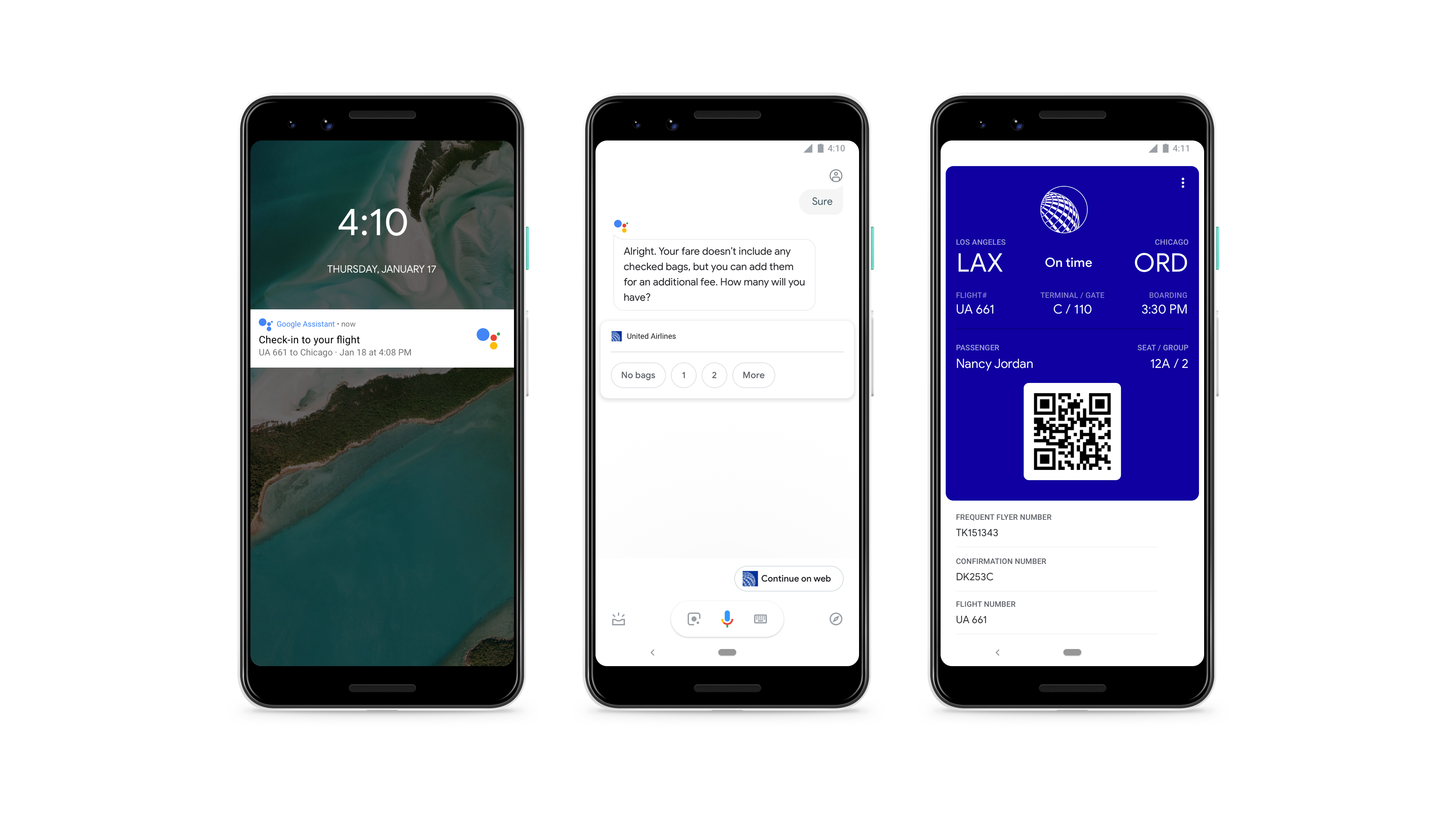 The number of apps supporting messaging from Google Assistant is growing, too. At least for Android, it will work with SMS, WhatsApp, Messenger, Hangouts, Viber, Telegram, Android Messages and more.

Google Assistant’s mobile upgrades aren’t limited to messaging either. Improved understanding of context and multi-part questions can let it respond to more complex questions like “How far is the airport from here?” based on your travel plans, or queries as random as “How tall is Khloe Kardashian and her boyfriend?” It’ll be able to figure out who her boyfriend is and recite both of their heights.

Frequent travelers and sports fans also get some upgrades. Google Assistant can learn your favorite sports team, and it will soon be able to check into flights for you while also saving and retrieving your boarding pass. United Airlines will be the first to support the automatic check-in, and it’ll work on both Android and iOS.

Google Assistant in your car

Google is also aiming to make your driving experience safer. Beyond the upgrades to messaging with Google Assistant that will make it easier to handle communication while keeping your eyes on the road, Google Assistant will work directly with Google Maps on both Android and iOS.

If you don’t have a dedicated Android Auto device built into your car, you’re not out of luck in 2019. You can still just mount up your phone and use that, or take your pick of new auto accessories that will come with Google Assistant built-in.

Both Anker and JBL are working on devices to plug right into your car’s lighter port and connect via Bluetooth or auxiliary cable. They provide a link between your phone and your car’s stereo, and they’re microphones will reduce echo, making it easier to give commands to Google Assistant. 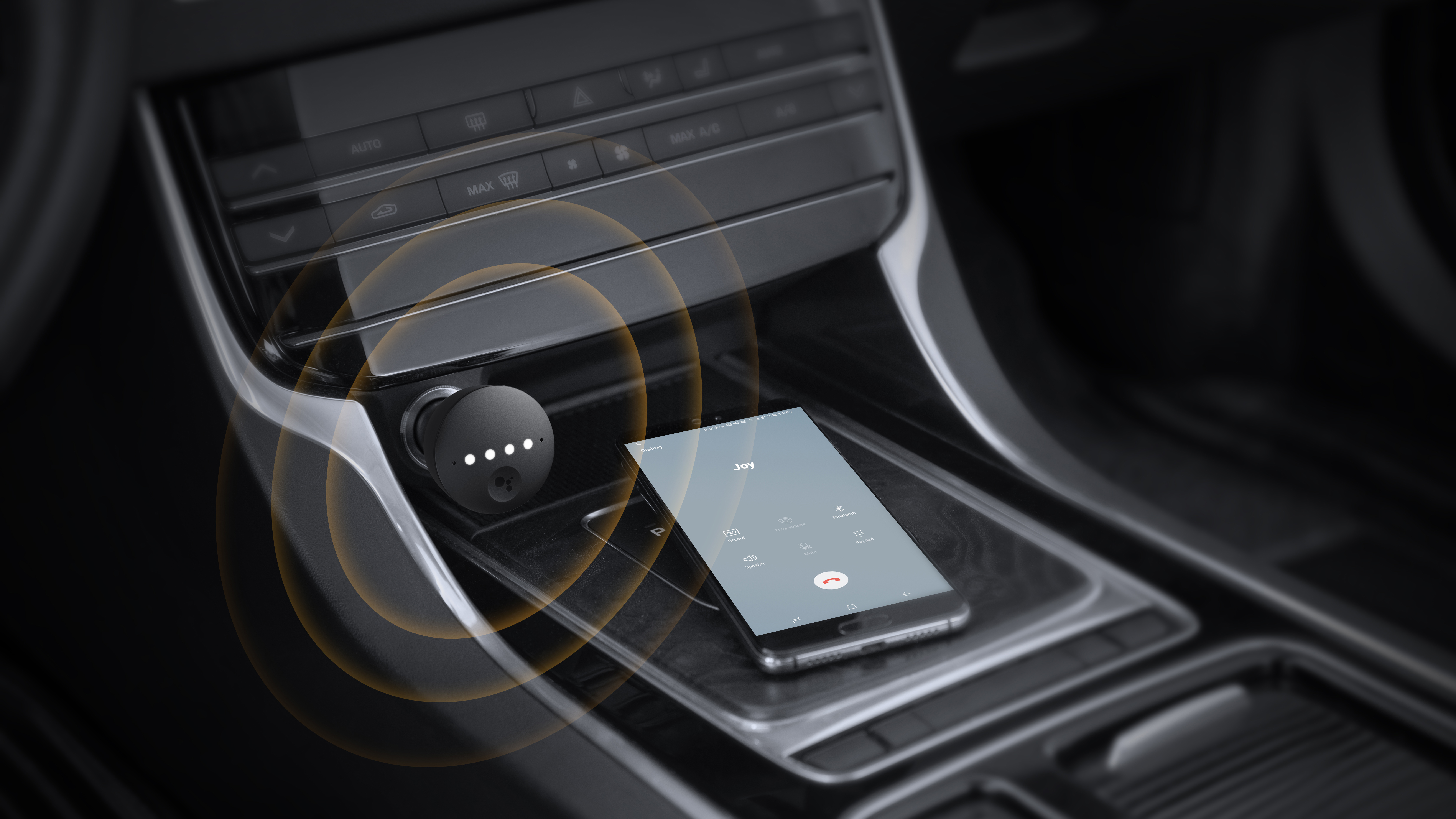 Those commands will do more for you as well, since you’ll be able get navigation in Google Maps through the assistant as well as sharing your ETA with contacts, searching along your route, and adding new stops. You can also keep your favorite podcasts and music playing as you drive without taking your hands off the wheel or eyes off the road.

Your car’s health is even getting some attention from Google Assistant. Verizon’s Hum accessory will gather your vehicle’s diagnostics, which can then be pulled up with just your voice.

Google Assistant in your home

At CES 2019, Google has announced Google Assistant Connect, a new platform for IoT device manufacturers to incorporate the assistant into devices easily and affordably. That integration can let you control more devices with Google Assistant without the need to have a Google Home device in every room.

Google Assistant Connect will be coming later this year, and it has potential for a wide variety of device types. On the show floor, Google showed off an e-ink that could connect to a smart speaker to provide a daily info, like the weather.

Clocks, light bulbs and air conditioners are also on the table. Google suggested telling an air conditioner to run for an hour in a press email, and it mentioned smart C-Life bulbs coming from GE. Philips Hue bulbs will also be getting smarter with support for more advanced controls through Google Assistant. You’ll be able to set up light-based wake-up times and gentle alarms that turn on slowly increase the brightness of bulbs before the sound-based alarm goes off.

Lenovo is even working on the Lenovo Smart Clock, which can sit at your bedside, providing all the typical Google Assistant features on a 4-inch display. But, it can also suggest alarms based on your routines and offer a gentle wake-up. That devices should launch in spring. 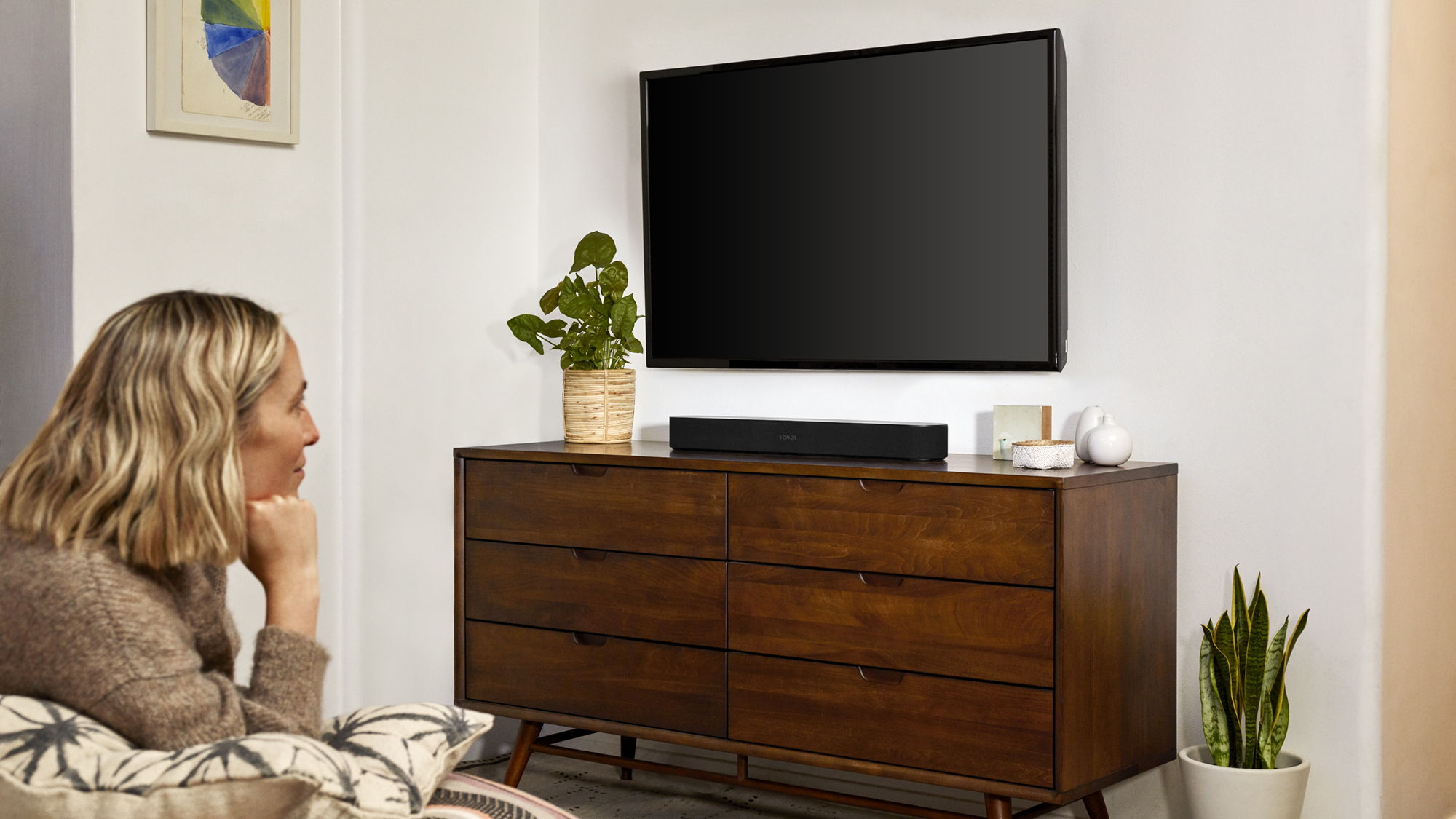 Home entertainment isn’t getting left out of the mix either. Google Assistant is integrating into a load of new and existing devices. Sonos One and Sonos Beam speakers will get Google Assistant control for music and podcasts, and earlier Sonos models may get the feature later on.

Naturally, TVs will get plenty of Google Assistant support as well. Select TVs from Samsung, Sony, Hisense, Philips, TCL, Skyworth, Xiaomi, Haier, Changhong, JVC and Toshiba will get Google Assistant. This will make it possible to control channels, volume and more with just your voice. And, for those that include far field microphones, there will be less issue with misheard commands.

And, these are just the devices we can expect to see in the near term. Google has plans for Google Assistant integration into everything from kitchen appliances and home security to EV chargers and smart shower controls.

If you’re interested a tour of sorts showing of the new features and integrations of Google Assistant, you can say, “Hey Google, take me on the Assistant ride,” to your own Google Assistant.