The whole computing world has been waiting with bated breath for AMD’s high-end graphics card – and it’s finally here. Although it’s not the Vega II launch that seemed all but certain, the Radeon VII looks like a stunner that may even beat the Nvidia GeForce RTX 2080.

Featuring a whopping 16GB of video memory and a high boost clock of 1,800MHz, this looks like a very exciting graphics card from Team Red. Hang with us for a bit as we tell you everything you need to know about the AMD Radeon VII. 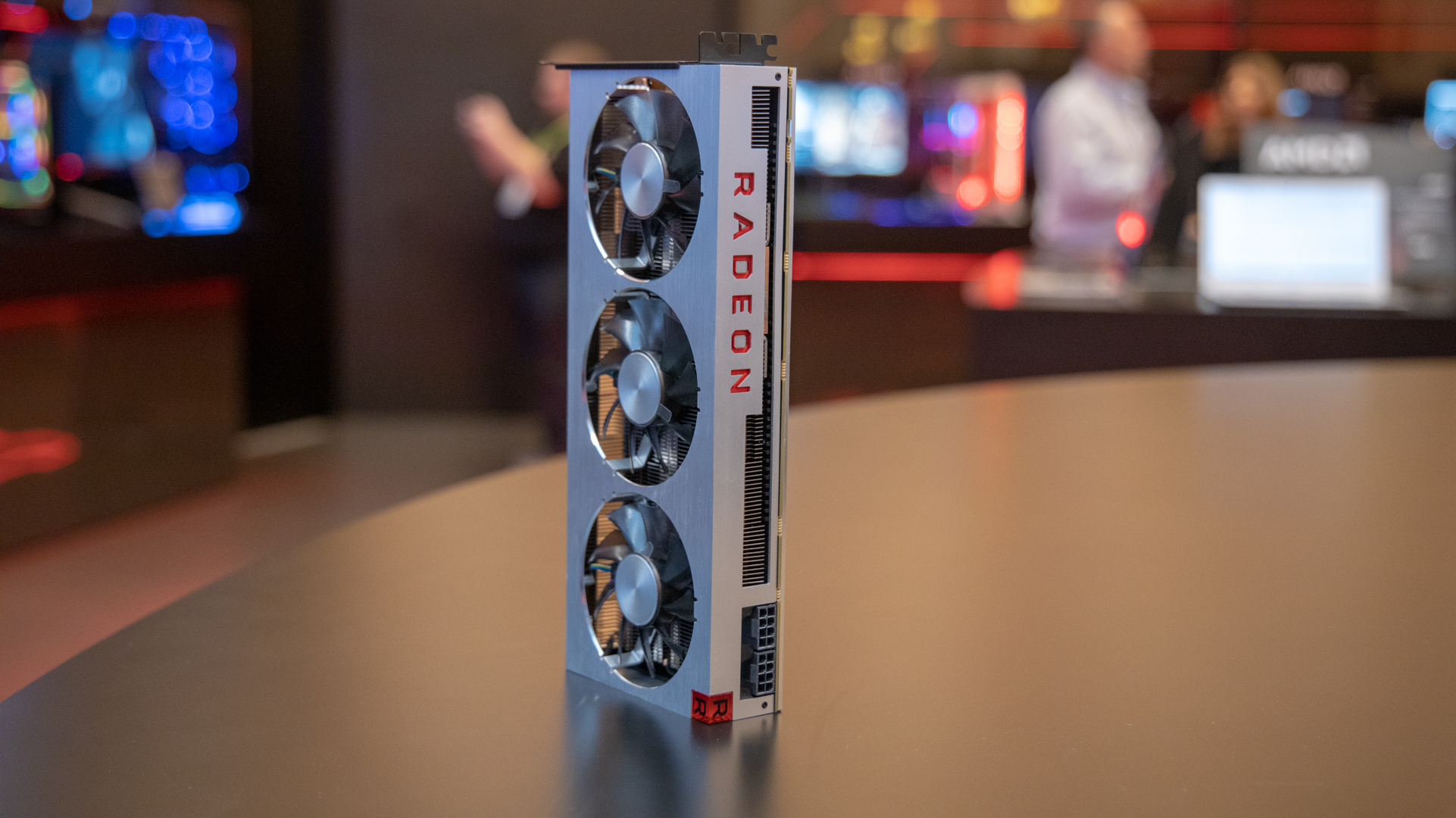 AMD held a grand spectacle of a keynote at CES 2019, and its headlining announcement was that the Radeon VII will launch on February 7th.

While we would like to see the release of the AMD Radeon VII be as clean cut as that, there’s been plenty of news of shortage and a lack of third-party cards. Industry sources say that there may be fewer than 5,000 units of the Radeon VII at launch. AMD quickly responded to rumors, assuring gamers that there will be enough Radeon VII GPUs to meet demand. 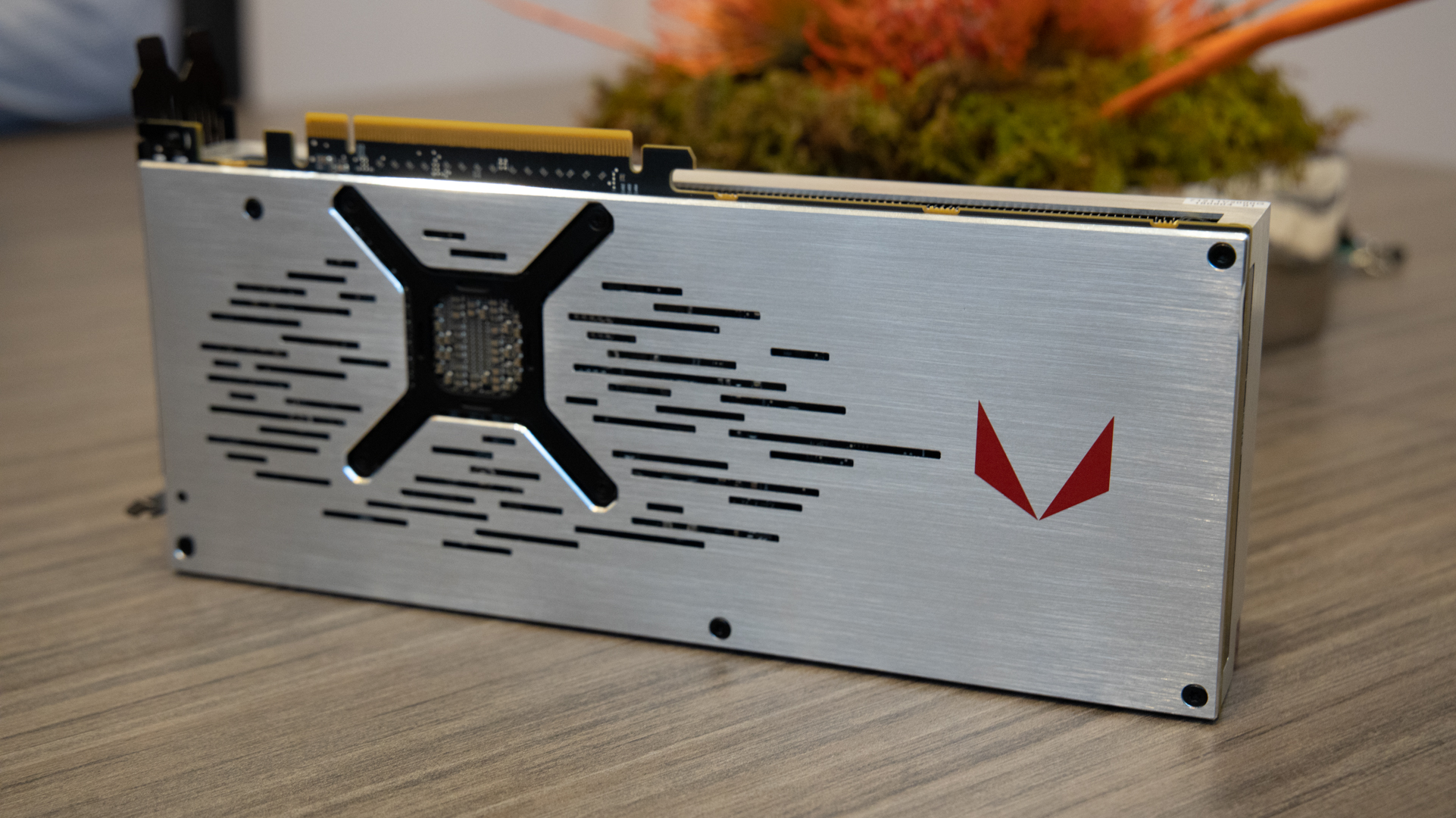 One silver lining to the Radeon VII’s high price is the card will come bundled with free vouchers for Devil May Cry V, Resident Evil 2 and The Division 2 – all three games, not just one. 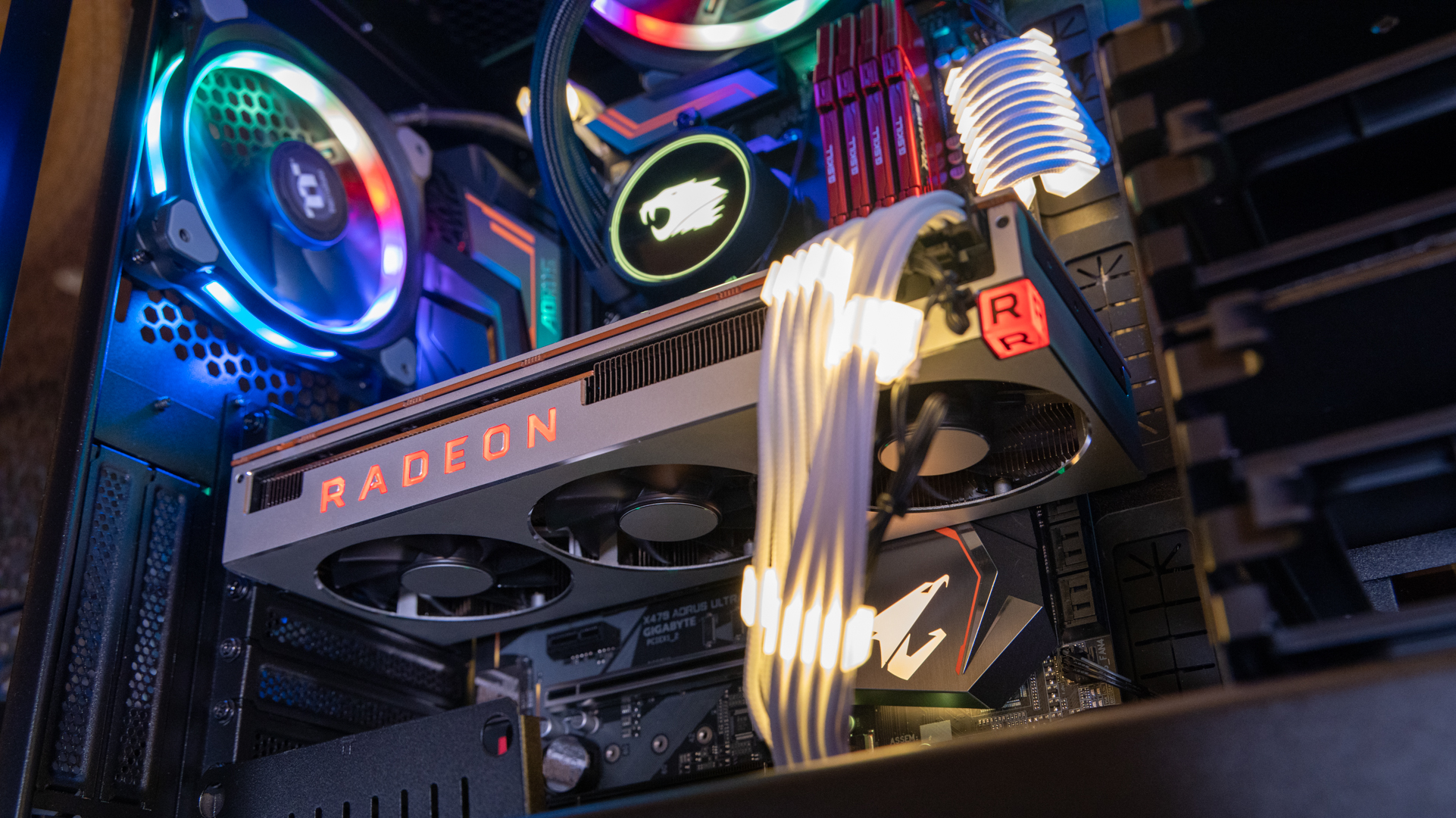 The Radeon VII will be the first graphics card to be built on AMD’s – or anyone’s, really – 7nm architecture. Comparatively, the Nvidia’s Turing architecture just managed to hit 12nm, though there are rumors that Team Green may employ Samsung’s fabrication resources to make 7nm chips of its own.

According to AMD, its new 7nm process allows this GPU to increase performance by 25% overall over last year’s model with having to draw any more power. In fact, the Radeon VII may feature the same 295-watt thermal design power (TDP) as its predecessors.

As we previously mentioned, this GPU touts twice as much video memory as the previous model at a whopping 16GB of HBM2 VRAM. The Radeon VII also features 3,840 GCN cores and a maximum boost clock of 1,800MHz – about 300MHz faster than the Vega 64. This maximum frequency also matches up with Nvidia’s Founders Edition factory overclock applied to the GeForce RTX 2080.

Although the Radeon VII doesn’t feature any dedicated ray tracing cores, AMD has told and shown us that it will be able to handle ray tracing production work even better than Nvidia’s RTX 20-series cards. AMD also plans to support DirectML as an alternative to Nvidia’s Tensor Core and AI-driven DLSS anti-aliasing technology.

After AMD announced Ryzen 3rd generation processors will be the first to support PCIe 4.0, you might be wondering if the Radeon VII will feature the same technology. Sadly, we’re here to tell you it won’t and it will be sticking to the same tried and true PCIe 3.0 connector. PCIe 4.0 technology will be first used in conjunction with SSDs to unlock even faster data transfer speeds.

The last bit of bad news we have to bare is that AMD told us that it currently has no plans to introduce CrossFire support on the Radeon VII. We can hardly blame AMD for not including it, as we can imagine it would be murder to get 32GB or more of video memory to work together nicely.