It’s 2019 and there’s hordes of new games to look forward to, so it comes as a surprise that the one we’re most excited for is a remake of a game over two decades old. But Resident Evil 2 is far more than just a super pretty makeover of the 1998 classic – like we’ve had with Shadow of the Colossus or Spyro. It’s essentially a new team of developers remaking the game from the ‘ground up’ with the all-new RE engine and a perspective shift from fixed cameras to behind-the-shoulder. Resident Evil 2, made anew.

This is also about capturing the spirit of the original for a new audience with higher expectations for the medium in the intervening decades. So not only is the remake dialling up the horror with more terrifying realism and claustrophobic lighting (or lack of it), it’s also drastically improving the script and performances.

Fans have been hungering for this remake for years, but just what is it about Resident Evil 2 that has infected us for all these years? Even if the low polygons and camp voice-acting of the PS1 version don’t pass the test of time, what at its core still makes it more vitally important than even the original Resident Evil, and so worthy of revisiting as a new big-budget release? 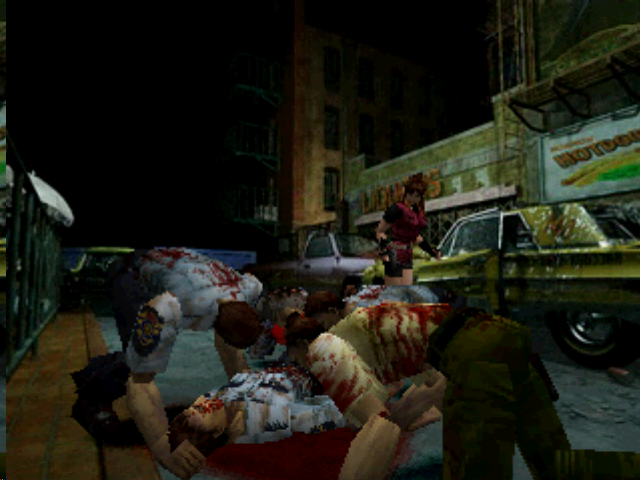 After all, we should credit the 1996 title for giving birth to ‘survival horror’, and revitalizing zombies, before they would take over every other medium. But while the first Resident Evil was hugely acclaimed and one of the best-selling Playstation games, it was Resident Evil 2 that blew it wide open into the global mainstream.

At the time, it was listed in the Guinness World Records for “surpassing the revenue of all but one Hollywood movie for the same weekend” for its launch, while breaking the records of the biggest games at the time, including Final Fantasy VII and Super Mario 64.

Mirroring that was the game itself. This wasn’t a sequel content with re-treading the original beats. Instead, if took it to a grander cinematic scale (goodbye to those cheap live-action sequences). So instead of our survivors cooped up in an isolated mansion, the zombie outbreak has spilled out onto the streets of Racoon City.

The city would only be the beginning. The vision for the series would become even bigger, Resident Evil 2 laying the groundwork for building the lore into more than just about surviving a zombie outbreak but a metaseries where multiple self-contained stories could be told. Resident Evil 2 wasn’t just a blockbuster-selling game  – it launched multiple blockbuster films, comics, and other spin-offs.

Of course, what makes some games so memorable are their characters. And while you’d think terrible voice-acting or obvious gendered color-coding might be a detractor, it’s a testament how iconic Leon S Kennedy and Claire Redfield remain in our eyes.

Whereas the first game’s Chris Redfield was something of a typical dull masculine protagonist, Leon’s a fresh-faced rookie police officer on his first day on the job, with a hair style almost certainly modelled after Hollywood heartthrob Leonardo DiCaprio (the similarity of their first names is surely no coincidence).

Meanwhile, Claire Redfield makes quite the entrance on her motorcycle, and while she might not have the same specialist background as her S.T.A.R.S. agent brother, she quickly surpasses master of unlocking Jill as one of the series’ most kick-ass female characters.

It’s not just the heroes that shine either. Hinted at in a few messages in the first game, Resident Evil 2 is also where we’re introduced to Ada Wong. Whether she stands out as one of the first notable Asian characters in 3D gaming or because of her not entirely appropriate femme fatale wardrobe, there’s no denying that this double-agent is one of gaming’s most iconic antiheroes.

Then there’s the zombies themselves. While they were still the slow shuffling sort, before 20 Days Later gave them a literal boost a few years later, the emphasis of a citywide outbreak gave them a more frightening dynamic, whether you’d be cornered by a horde of them (or as many as the PS1’s power could allow) or find their arms reaching through the boarded-up windows to grab you. 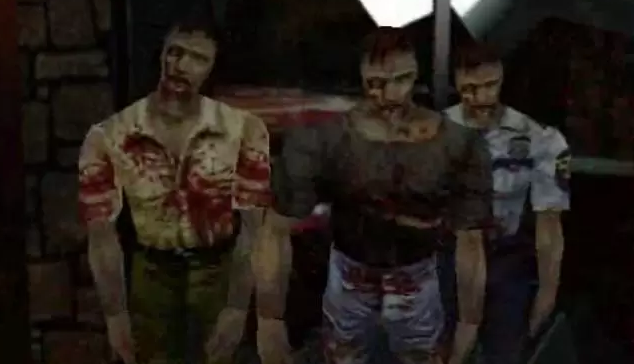 But it’s also about more than just zombies. The Umbrella Corporation was always brewing more monstrous creations, and Resident Evil 2 had them in spades, from the terrifying fleshy crawly Lickers, whose eponymous tongues could lick your head clean off, to the ridiculously gigantic alligator lurking in the sewers.

The worst of them however was the Tyrant Mr. X, a seemingly unstoppable force who didn’t just soak up bullets and deal a lot of damage, but also had a knack of showing up unexpectedly, crashing through walls to scare the absolute bejesus out of you. This aspect of being pursued by an indestructible monster in fact forms the basis of the sequel Resident Evil 3: Nemesis.

While the first game gave you two playable protagonists, it often felt like two parallel stories rather than two halves of the whole. Resident Evil 2 follows this approach to an extent but then adds its own ingenious twist, unlocking a ‘B’ scenario once one character’s ‘A’ scenario has been completed, basically giving you four campaigns in total. 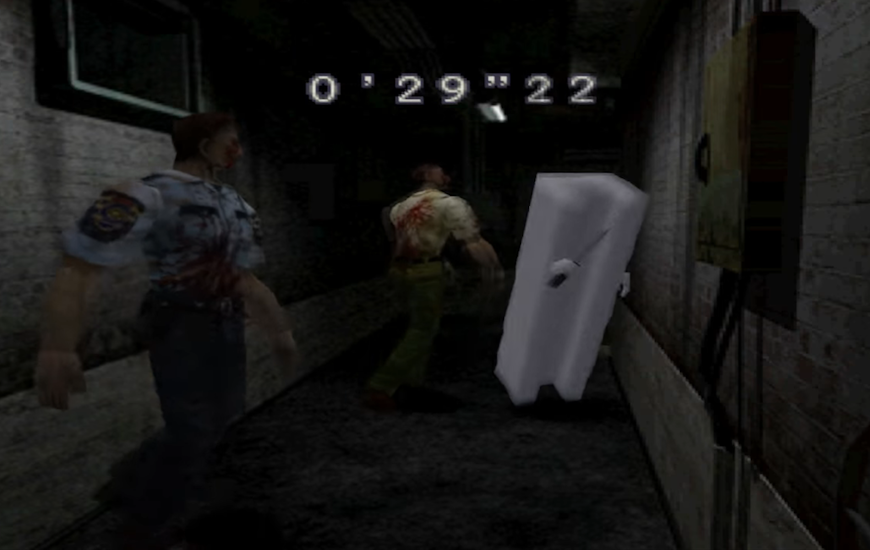 It essentially gives you the other character’s side of the story, while a ‘zapping’ feature meant that certain choices from your character in the ‘A’ scenario would carry over to the ‘B’ scenario, like an unlocked safe or certain enemies not respawning if killed earlier.

And that wasn’t all. You could also unlock a minigame called ‘The 4th Survivor’ where you play as an Umbrella operative codenamed HUNK trying to escape Racoon City with just the items you have. Even more hilarious is a minigame that lets you play this as a block of tofu armed with just a knife – and it’s great that both are back in the remake.

Perhaps more importantly, Resident Evil 2 wasn’t just a great game, it also made a name for Hideki Kamiya. Having previously worked on the first Resident Evil as System Planner, he graduated to directing the sequel, but not without butting heads with the series creator Shinji Mikami.

To his credit, Mikami backed off from his baby, giving the young upstart the freedom and flair to make Resident Evil 2 bigger and more ostentatious in Capcom’s bid to make it the bestseller and multimedia franchise it would go on to become. Kamiya’s ideas and reputation would only get bigger and bolder, with a fantastical and action-packed take on Resident Evil eventually becoming the all-new demon-slaying Devil May Cry, while he would go on to co-found studio PlatinumGames and create the even more ridiculously bad-ass Bayonetta.

It’s been well over a decade since Kamiya has been with Capcom, which these days doesn’t have a big personality as the face of one of its brands (apart from perhaps Street Fighter producer Yoshinori Ono). But given how faithfully and successfully the remake has captured the original’s spirit of horror from the original, sure to ignite a new generation of Resident Evil fans, greatness surely beckons for the series’ new custodians.