Organizer
Gadget news
Honor explains why it's not making a foldable phone just yet
3:00 am | January 27, 2019
Author: admin | Category: Cameras | Comments: None

Honor just announced the first truly exciting phone of what we expect to be a huge year in the mobile phone space, with breakthroughs that could transform the device you keep in your pocket.

Long talked about innovations of 5G and foldable displays are on the cusp of becoming a reality on a phone you can buy – you can even buy the foldable Royole FlexPai right now – but Honor has taken a different direction to kick off 2019.

The Honor View 20 sports a punch-hole camera on its front (it’s the first mainstream phone to do that), great battery life and a more affordable price than a lot of the rest of the top-end competition.

So why did the company avoid the game-changing innovations we are expecting?

“We are looking into foldable phones deeply, but for us it is all about experience” said George Zhao, President of Honor. “From a technology point of view, it’s good but why do we need a foldable phone? What can the experience offer the user?

“Maybe it’s two phones together? But that’s too thick and not convenient. From my point of view the technology needs to bring the better experience, to improve the service. That’s more important.”

TechRadar spoke to Zhao at the worldwide launch of the Honor View 20. The device has generally garnered positive reviews, including a 4.5 star rating from us here at TechRadar.

Zhao’s comments around the state of foldable phones seems to be a different tack to sister brand Huawei. Honor and Huawei share a research and development center, which is why you often see similar technology across the two brands.

Huawei CEO Richard Yu has now confirmed its plans to launch a foldable device that’s capable of a 5G connection at MWC 2019.

Whether that’s set to be the Huawei P30 Pro or perhaps an even higher end device that’s more designed to show off tech rather than be a device that sells well to the public remains to be seen.

Nevertheless, Yu has confirmed that Huawei is interested in the tech as Zhao says he is as well – it’s just Honor doesn’t think it’s ready yet. What Zhao does believe is the near future for phone tech, or at least phones released by Honor, is the recess of the notch.

“In the future for Honor there will be [fewer] notches on the smartphone, we will be going with the better solution” said Zhao. “Notches are too big.”

“We spent quite a long time studying this technology [punch-hole cameras].

“Honor is a brand for young people and they use smartphones for games and video. So we considered the best way to serve the selfie user and not impact the user experience. The notch really impacts the experience, most of the time the pinhole is invisible and it doesn’t impact on what you are doing.”

Making this technology work wasn’t easy for Honor, according to Zhao.

The company is taking the selfie camera that usually has a lot of space within a notch and shrinking it down to a small piece of transparent glass that’s 4.5mm in diameter.

“We faced a challenge, the industry capability meant the hole sizes were big,” said Zhao. “For the most part, hole sizes were 5.5mm to 6mm and that is too obvious. It’s an acceptable level but not the best level.

“We tried our best to reduce the hole size. You can see that the crystal layer remains; the assembling and the camera need a special design. For example, other smartphones are too big but we wanted to make the hole as small as possible and that’s why we worked with Sony.

“We started to cooperate with Sony with the sensor quite a long time ago. Others don’t have this type of cooperation with Sony. Both teams worked very closely and you can see the picture quality compares with the iPhone XS Max.

“It’s very good – our effort is comparable or even better.”

You may think all of that innovation has meant the company didn’t have time to include an in-display fingerprint scanner like sister brand Huawei’s Mate 20 Pro or the OnePlus 6T.

It seems opting for a physical sensor on the rear of the phone was instead a decision made for other reasons. “To be frank” Zhao said, “the unlock ratio experience is not as good as the sensor on the back.

“Secondly, we use an LCD solution and it [doesn’t] support [in-display fingerprint scanners], only the flexible AMOLED screen can support it.

“We put the pinhole in the corner and if we used the AMOLED then there would have been distortion on the selfie camera. So putting it all together for us, we decided it best to have the fingerprint solution on the back and [have] the punch hole.”

One of the secondary announcements at the View 20 launch was Honor is soon to support 60 frames-per-second in Fortnite on the phone. That’s a feat that was achieved on iPhone by developer Epic Games late in 2018, but so far we’ve yet to see the Android app support the higher frame rate. 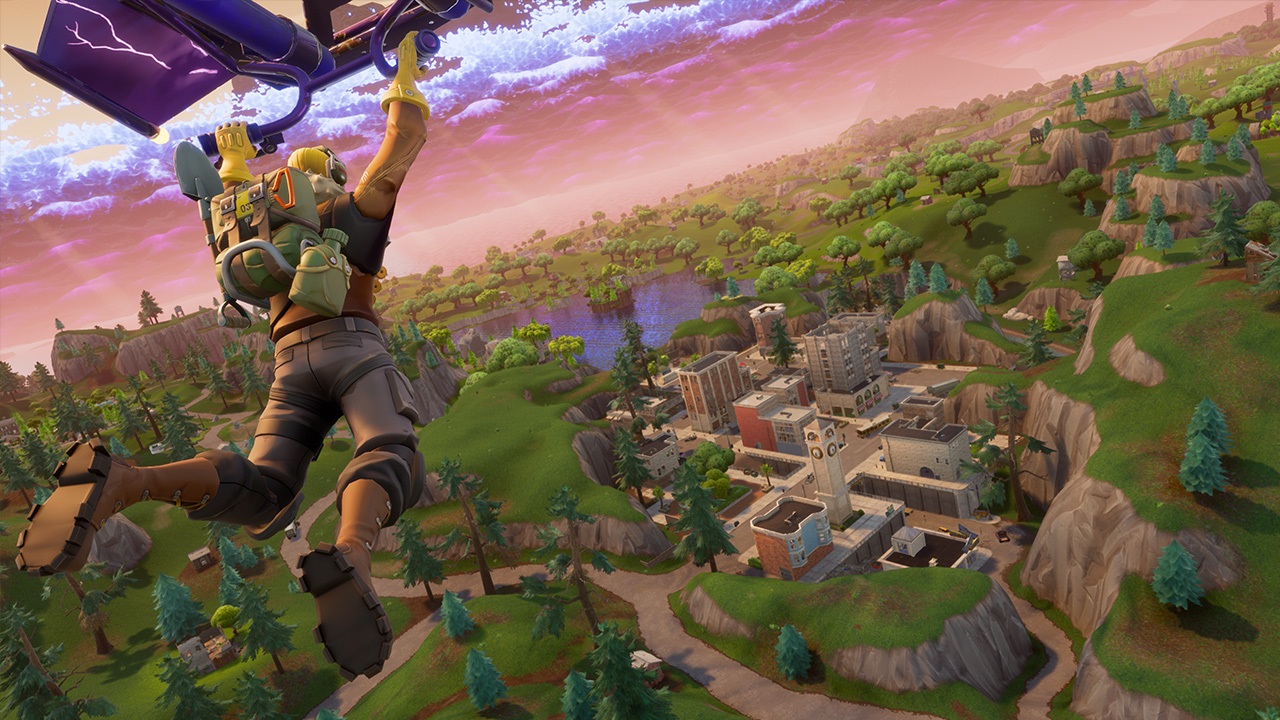 How did Honor become the first Android manufacturer to support 60fps? It’s through communicating directly with Epic Games, and Zhao believes the company’s internal tech is a big reason why the partnership happened.

“[Epic Games] review and study the Honor product performance. After the GPU Turbo and the Kirin [chipset], they think this is a very good level. They see our product plan and portfolio… they know that we make a lot of effort on the game part.”

When will we be able to play Fortnite in 60fps on the Honor View 20? The wait continues, but Zhao promised TechRadar that the View 20 is ready and the update will be coming out “very soon”.