The run up to the reveal of Rage 2 has been somewhat fitting for a game that seems like it’s going to revolve around chaos and anarchy.

Between leaks, tongue-in cheek teasers and even more leaks we now officially know that Bethesda is going to be following up 2011’s Rage with a sequel titled Rage 2.

From everything we’ve seen so far Rage 2 will be another post-apocalyptic thrill-ride that will bring players into a world that’s a cross between Mad Max, Fallout and Borderlands. With, of course, the fast-paced shooting we’ve come to know Bethesda games to have.

[Update: We had some hands on time with Rage 2 – and it’s not quite we we expected. Check out our Rage 2 first look review.]

Bethesda originally confirmed a Spring 2019 release date, and we now know it’ll be on May 14, 2019. Start your engines, survivors.

Not much to add at this point, but this trailer is still a fun MTV-meets-Fallout run-through of the dusty neon wasteland.

We’ve already seen quite a bit of Rage 2, but the Eden Assault extended gameplay trailer shown during the QuakeCon 2018 keynote gave us a closer look at the seamless open world, vehicle combat, abilities and enemy convoys.

E3 brought us an extended gameplay trailer of Rage 2 and you can watch this fast-paced adventure for yourself:

Though many people had already watched it through leaked recordings, the official advertisement for Rage 2 has finally launched and you can watch it for yourself below.

Following this somewhat obscure live action footage, Bethesda went on to release a gameplay trailer which gives us a little more of an idea of what we can expect.

Overall, Rage 2 looks like it’s going to be a fast-paced, chaotic and utterly silly game (in a good way, of course). The trailer promises a more open world, more vehicle gameplay and some seriously big guns. With more expletives than that. Watch it for yourself below:

The QuakeCon extended gameplay trailer gave us a closer look at the obstacles we’ll be facing in Rage 2.

Set 30 years after the events of Rage, Rage 2 takes place in the aftermath of a global catastrophe which essentially turned Earth into a wasteland. Although the world is beginning to recover, with wildlife slowly making a return, the Authority is using extreme measures to shape the wasteland in the way it sees fit – even if that means taking out non-mutant humans.

Alongside the Authority, the wasteland is home to an array of bandits and rebels, such as the hyper-violent Goon Squad and the technologically-advanced Immortal Shrouded. Each faction has its own weapons, settlements, combat styles and vehicles. Some even travel in monstrous convoys – but they’re no match for your mortar.

Explore jungle, wetlands and desert biomes on your mission to take down the Authority and cause utter chaos.

Bethesda’s showcase during E3 brought us a little more information about Rage 2 and gave us a good glimpse into how it will play. Players will take up the role of Walker, an orphan of the wasteland fighting to survive. In the gameplay footage we saw a wide open world, a look at some seriously cool off road vehicle and some fast-paced, intense shootouts.

Our most in depth look at Rage 2 yet has come from the gameplay trailer which was revealed on May 15. This trailer confirms that the game will be released sometime in 2019 and suggests that players will be entering a much more open world than was featured in the original title. The combat looks utterly wild, with big guns and super-fast fluid movement.

As far as story is concerned, information is still pretty thin on the ground but we do know there will at least be one. Bethesda says that players will take the role of Walker, “the last Ranger of the wasteland.” As Walker “you will tear across an unforgiving wasteland battling sadistic gangs to find the tools and tech needed to crush the oppressive rule of The Authority once and for all.”

After the Walmart leak, Bethesda managed to claw back some control over Rage 2 with its Twitter campaign which teased a formal reveal and trailer. Only to fall foul of another leak.

Following the teasing that a trailer for Rage 2 would be released on May 14, Gematsu reported that the trailer had leaked in a YouTube pre-roll advert. The trailer apparently revealed in front of several videos tied to gaming on YouTube and outside of Gematsu’s report, Tweets from Wario64 and others appeared online.

The trailer was quickly set to private and anyone that managed to mirror capture the trailer and re-upload it to YouTube has seen their videos taken down. The Twitter captures, however, remain. They show a range of Mad Max-style characters screaming, shooting and lifting weights while plumes of neon smoke billow in the background.

In response to the Walmart leak, Bethesda did the right thing. It teased Rage 2 by reviving the Rage Twitter account. And teased Walmart. After picking apart Walmart Canada’s font on the leaked game cover, the account started teasing an announcement and trailer for Monday May 14 through a series of images.

The first evidence of Rage 2 emerged from a May 2018 leak on Walmart Canada’s website. The retailer published a list of games, some of which hadn’t been announced, to its website. And one of the games which appeared on this list was Rage 2.

Naturally at this point, Rage 2 wasn’t a certainty since the list did have some spurious titles on it – Forza Horizon 5, for example. However, it also appeared alongside some games we both know are coming such as Beyond Good and Evil 2 and The Last of Us 2, as well as games that haven’t been announced but seem likely such as Gears of War 5 and Splinter Cell.

What we want to see from Rage 2

It’s been a long time since the release of the original Rage and there have been a lot of advancements in gameplay that we would love to see the sequel take advantage of.

If there’s one thing the original Rage got right it was its looks. It was a visually stunning game and very graphically impressive, particularly for its time. We’d like to see the same effort go into this release, particularly now that we’re a few years into the new generation which offers 4K and HDR opportunities.

Keep the combat and AI quality

As well as its visuals, Rage impressed with its combat and enemy AI. It was a first-person shooter with seriously satisfying gunplay and its enemy AI was genuinely clever. Combined this makes for some thrilling gameplay. If the original game could have such advanced AI, we’d love to see Rage 2 continue to innovate in this area and maybe make player movement and action even more varied to keep up with it. 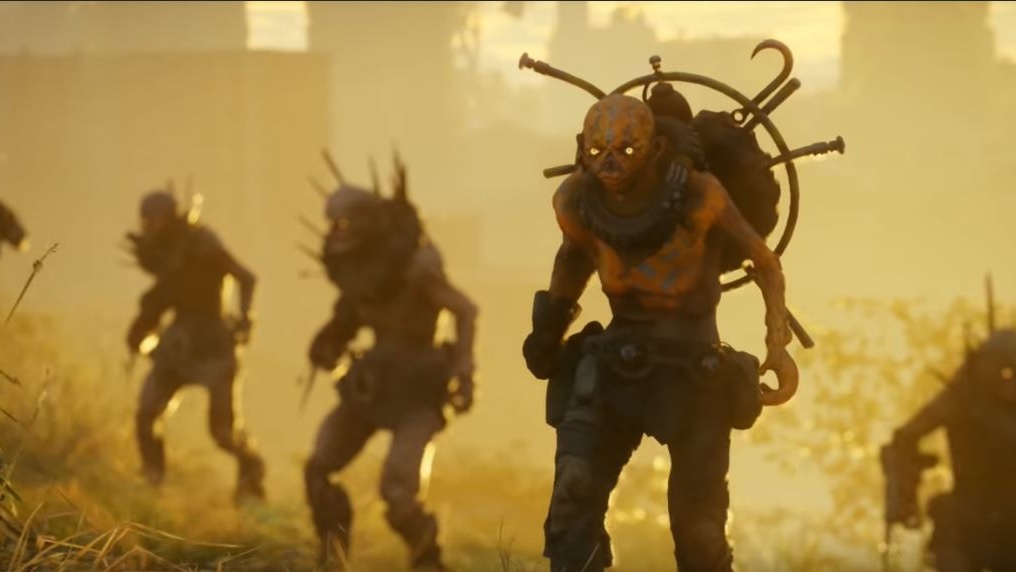 When it comes to exploration, the Rage game world had a lot of potential but it didn’t quite live up to it. We’d love to see the game world open up a little more in Rage 2. However, it’s worth noting that we only want a large map if it’s going to be filled with interesting things to do and characters to meet.

Open world games have come a long way since 2011 and recently we’ve seen a wide range of releases which manage to balance open world freedom with a gripping and engaging story as well as strong characters. Without the need to fill maps with pointless check points. We’d like to see Rage 2 try this for itself.

Thanks to the gameplay trailer revealed in May, we now know this will be a part of it.

While the first person shooting in Rage was fantastic, its car combat was somewhat lacking. Thankfully footage in the announcement and gameplay trailers says it’s going to be back but we would like to see it improved upon significantly because it could really help Rage 2 stand out from all the other post-apocalyptic games out there. Especially if it does have a more open world. 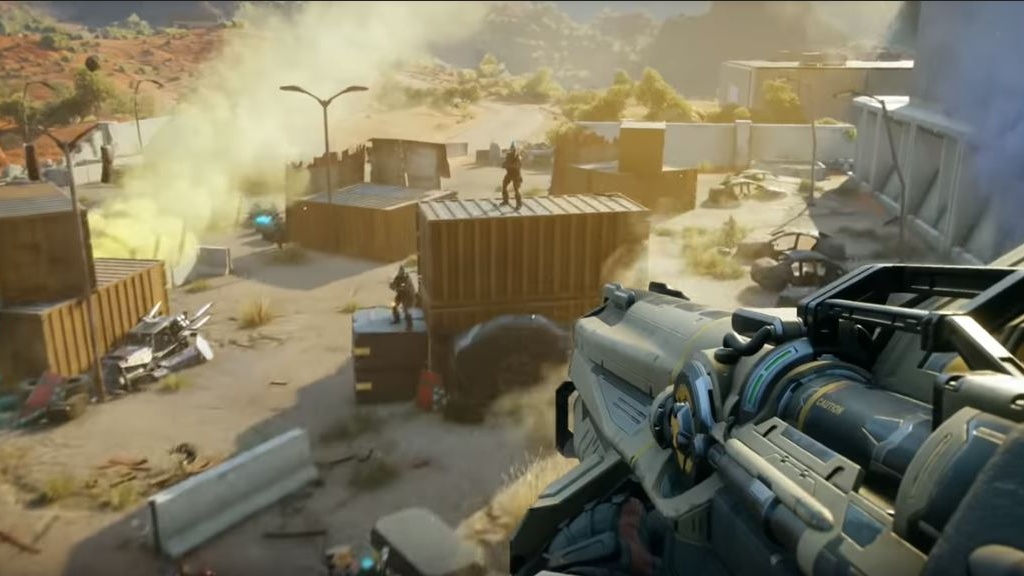 Keep a single-player element and improve the story

After Rage’s story was criticised, we hope that the developers will try to improve it rather than eradicate it for the sequel. In fact, given the end of the original was somewhat short we wonder if this might be a chance to expand on it and make up for it.

As more and more games move into always-online multiplayer gameplay, there is some part of us that’s expecting Rage to go the same way. The original Rage did have some co-operative and online elements but we wouldn’t have liked to have played an entire game with just those.