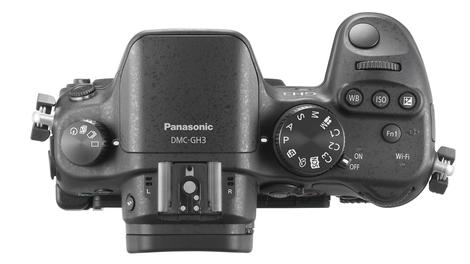 Panasonic’s GH2 really impressed us when we tested it back in February 2011. It proved capable of capturing a high level of detail and delivered superb still images and video footage. But that was 18 months ago, and things have moved on a bit.

Today many regard the 24MP Sony NEX-7 as the compact system camera (CSC) to beat, so naturally we were very excited to see an early sample of the Panasonic GH3, the successor to the Panasonic GH2, in the run-up to Photokina 2012.

Panasonic’s Michiharu Uematsu tells us that the company consulted around 100 Panasonic GH2 users, including professional filmmakers, post-production workers and broadcasters, to hear what they would like to see in its replacement.

Between them they managed to produce a fairly long list, and while Uematsu says the company hasn’t been able to give them everything they asked for, he says that they will find 75-80% of their requirements have been met.

Although we didn’t really expect it to happen, we were wondering if Panasonic might surprise us by raising the pixel count above the 16.1 million offered by the GH2, but the company has decided to stick with the same number and concentrate on improving the image quality that these pixels generate. 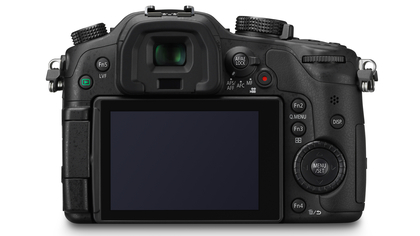 The Panasonic GH3’s sensor is coupled with a new Venus Engine processor, (Venus Engine FHD) which is said to enable better noise performance at high sensitivity values, especially in the shadows, thanks to its multi stage noise reduction system.

This should make the new camera more versatile by improving the quality of shots taken in low light.

According to Panasonic, the camera’s dynamic range has also been improved. We’ll have to wait until we get a full production sample in for our full review before we can verify these claims, but it’s a promising early start.

In addition, movies can be recorded in MOV or AVCHD formats with timecode or MP4 format. Slow and fast motion recording is also possible.

In response to feedback, Panasonic has also changed the microphone input port on the GH3 to the popular 3.5mm socket.

We weren’t able to photograph the camera that we used because it didn’t have the final finish on the grip and body. However, we are told it will have the same leather finish as the Panasonic G5.

That’s not to say that the Panasonic GH3 is an especially large camera, but it is taller and deeper than the model it replaces, and this gives it a much more robust appearance and feeling. It looks and feels like an enthusiast-level DSLR.

In addition, the Panasonic GH3’s build has been improved by making it dust-proof and splash-proof. This will make it a more attractive option to professional and enthusiast photographers who need or want to shoot whatever the weather.

As it’s larger than the Panasonic GH2, the Panasonic GH3 has room for a few extra buttons. While this may make it more intimidating to novice photographers, the more experienced target market will appreciate being able to make faster settings adjustments.

The most noticeable arrival is the large scroll-dial on the back of the camera around the navigation controls. This falls very conveniently within reach of the right thumb and is useful for navigating the menu and setting options.

A row of three buttons has also been added just behind the shutter release to enable you to access the white balance, sensitivity and exposure compensation options quickly. These are used instead of the navigation/short-cut buttons which have a dual purpose on the GH2.

As before, the Panasonic GH3’s 3-inch screen is touch-sensitive, but instead of being resistive it is now capacitive (like an iPhone screen) so it responds to a touch of the finger rather than a press. We found it very responsive.

Even though we were in a rather dimly lit room, when Touch Shutter was activated the Panasonic GH3 managed to focus and take a shot almost immediately after the screen was touched. We’re looking forward to seeing what it can do in more average lighting conditions. 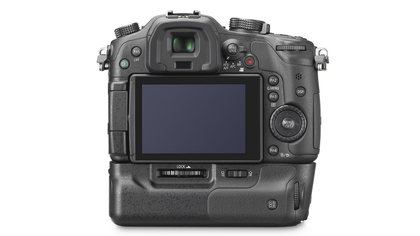 At 610,000 dots, the Panasonic GH3’s screen doesn’t have the highest resolution available. But it is an OLED unit, which means it should provide a decent view outside in bright light – something we will be testing at a later date, when we get a camera in for our full review. It certainly provided a clear view when we used it indoors.

Unfortunately the electronic viewfinder (EVF) in the sample we were able to try at Panasonic UK’s head office in Bracknell wasn’t the final version, so we aren’t able to comment on the images it offers.

With 1.74 million dots, it lags a little way behind the 2.36-million dot unit in the Sony NEX-7, but it should still be capable of reproducing fine details. It also has an impressive 1000-1 contrast range, which is significantly up on the 150-1 range of the Panasonic GH2‘s EVF. 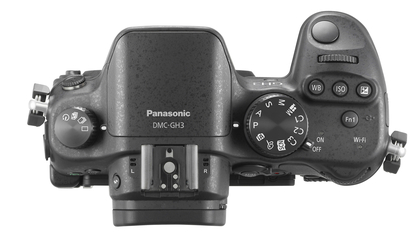 Panasonic has built Wi-Fi technology into the GH3 so that key features such as the exposure, powerzoom, focus point and shutter can be controlled remotely via a free app for iOS and Android. That’s going be a popular feature with enthusiasts, especially wildlife photographers.

These images were taken with a pre-production sample of the camera, and as-such, Panasonic has requested that the images be resized to 5 megapixels. You can still click the link to see a larger version of the image that currently appears on this page. 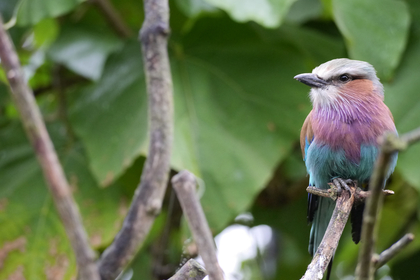 Focusing is quick and accurate with the Panasonic GH3. Panasonic claims that it has the fastest autofocus system in the world, something which is really useful when shooting wildlife. 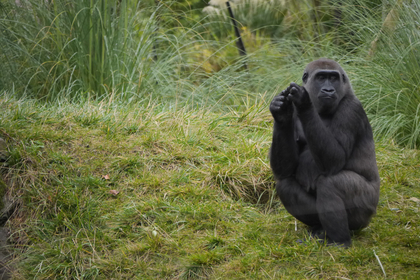 A large variety of lenses is available for the Panasonic G system, including very long lenses. Although "only" a 45-200mm optic, because of the crop factor of Micro Four Thirds cameras, this translates to 400mm at the telephoto end, making it arguably more versatile for wildlife shooting than those cameras with larger sensors. 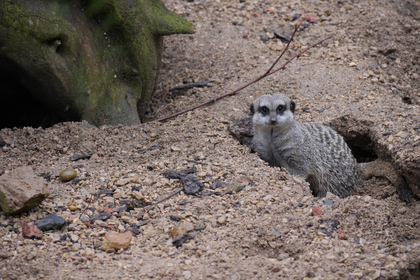 You can use either the LCD screen or the electronic viewfinder to compose images on the GH3. When using a long telephoto lens, it can be beneficial to use the larger screen to track quickly moving subjects. 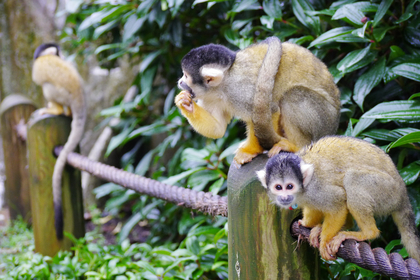 Colours are represented well by the GH3, having lots of punch and clarity straight from the camera. 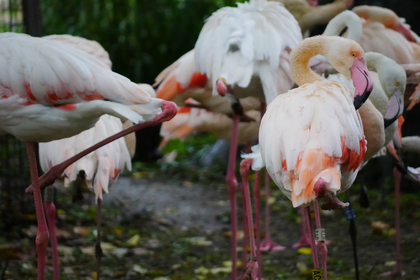 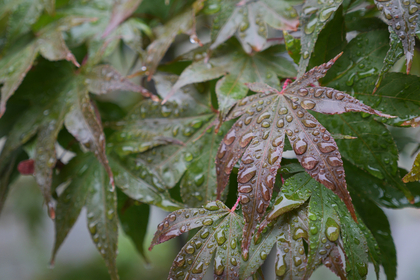 Even though the sensor is smaller than those found in APS-C format cameras, the GH3 is still capable of producing pleasing shallow depth of field effects. 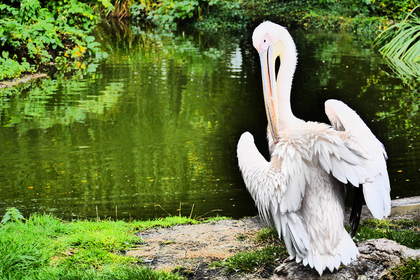 Several digital filters are available to use on the GH3. Handily, the images can be shot simultaneously in raw and jpeg, so, should you decide you don’t want the filter at a later stage you can roll back to the raw image. This is the Impressive Art filter. 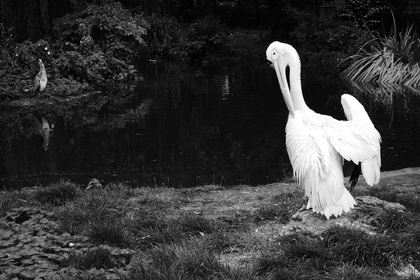 Another one of the filters in action, this time Dynamic Monochrome. 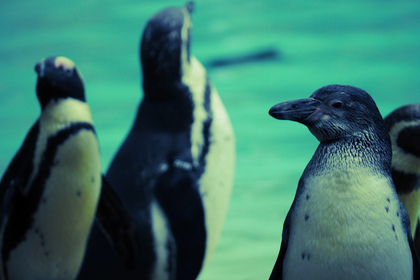 Cross Process is another filter which can be deployed. There are several options for using this filter, this image shows an emphasis of green tones, but you can also choose to emphasise blue, yellow, or red.

Panasonic is clearly going for the serious filmmaker market with the GH3. Although the camera doesn’t have a few key features, such as zebras to highlight over- and underexposure or focusing peaking to indicate the sharpest areas of the image, it has much to attract videographers who want to capture HD footage with a relatively compact camera.

The Panasonic GH3 also feels and looks like a much more serious and robust camera than the Panasonic GH2, which will give it extra appeal to enthusiast stills photographers who are used to holding DSLR cameras. There are direct controls to all the key features, and the touchscreen is very responsive.