The Google Pixelbook, even though its been out for more than a year, is easily one of the best Chromebooks out there. It’s a perfect example of what the Chromebook is capable of. We gave it a shining five star review for just that reason. And, more than a year later, it stands up, even in the face of the Google Pixel Slate. And, with Chrome OS updates that bring the likes of virtual desktops, it will continue to shine.

Still, in our minds, the ‘perfect product’ doesn’t exist – there’s always room for improvement. The Google Pixelbook is no exception to that rule. So, after using the Pixelbook daily for so long, we have crafted a wishlist of things we want to see in the follow-up.

Now that 2019 has officially arrived, we may be seeing a new Google Pixelbook 2 in the very near future. So, keep this page bookmarked, as we’ll keep it updated with all the latest information. 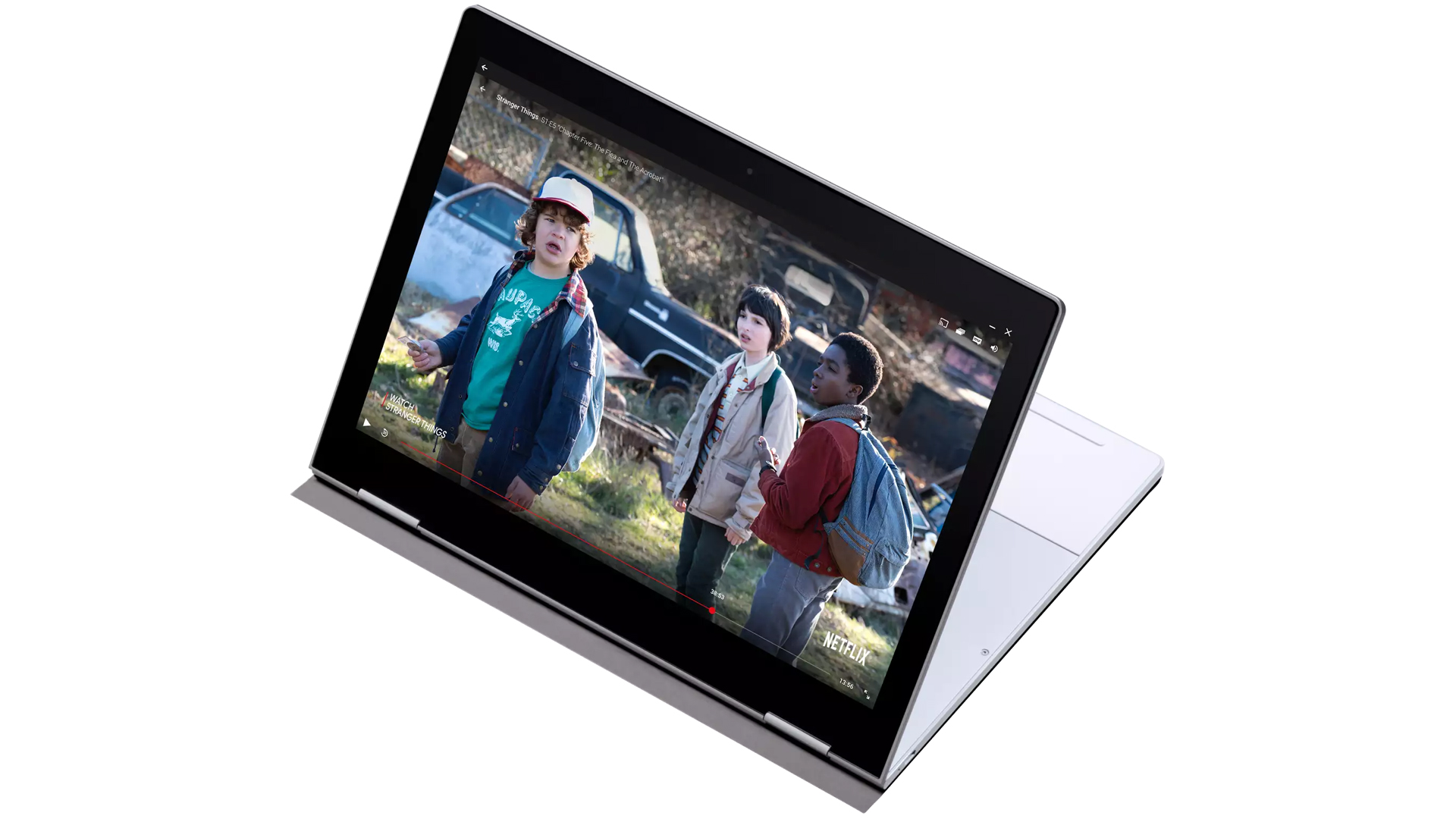 Google has held a special annual event for the last few years, pushing new Pixel phones. This event takes place each October, with the phones launching a few weeks later.

In 2017, alongside the Pixel 2 and Pixelbuds, the company announced the first generation Pixelbook. 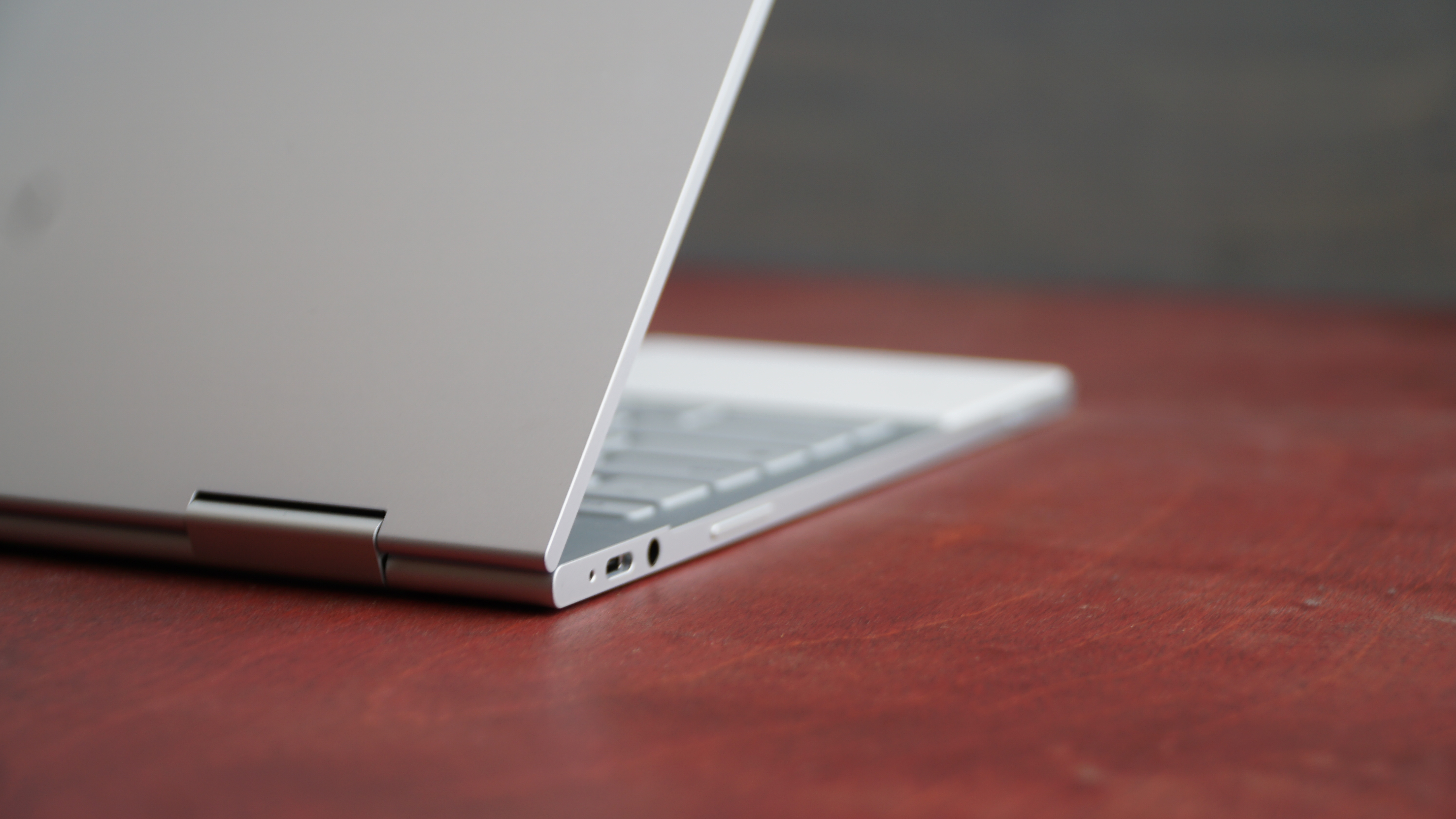 When Google has released a Chromebook of its own, be it the original Chromebook Pixel or more recent Pixelbook, it has priced the laptops at the high end.

Google has always positioned its devices as inspiration for its partners to strive for when developing Chromebooks of their own.

It would be nice to see Google drop its pricing structure a couple hundred dollars, but we don’t see that happening. 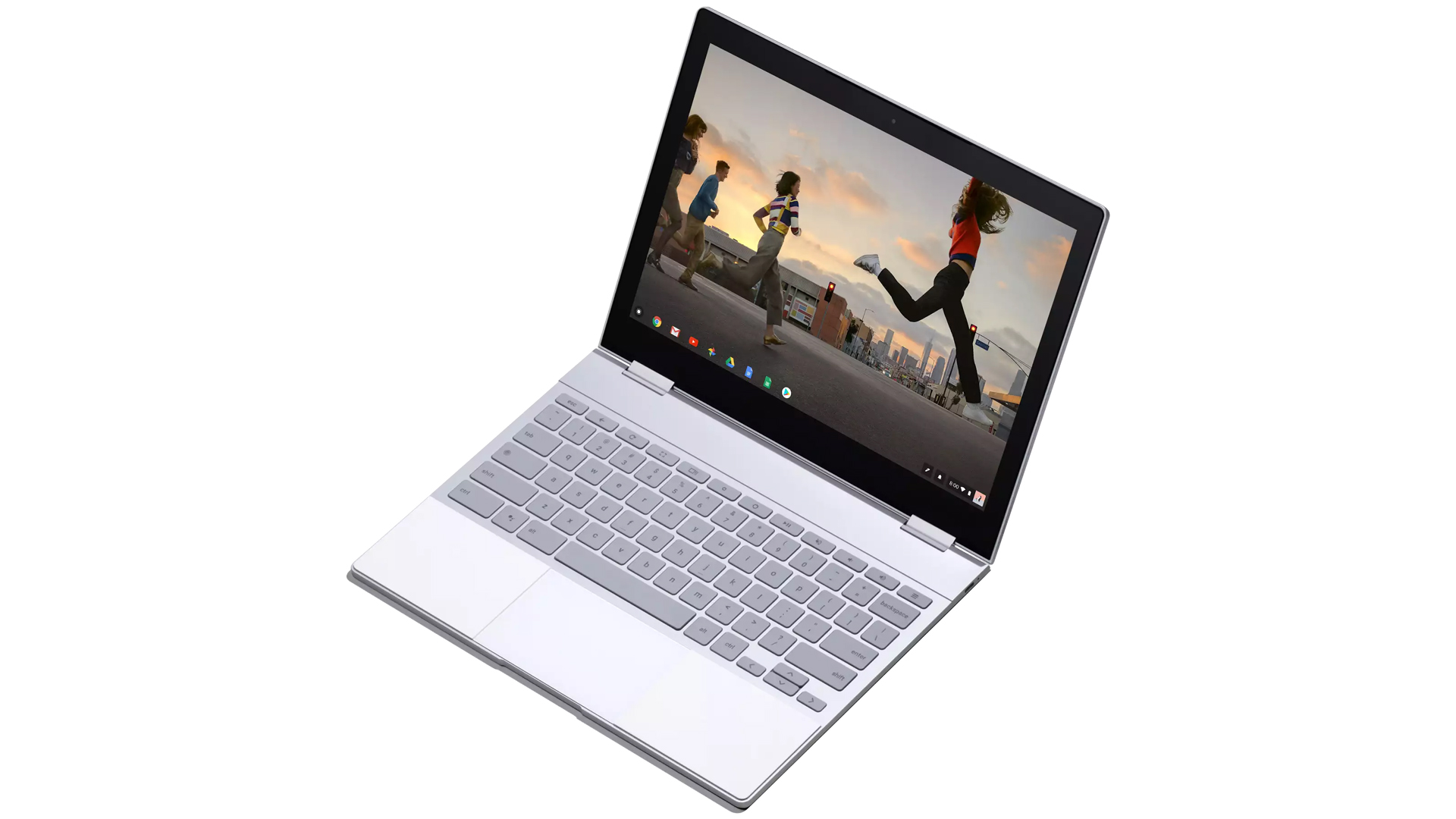 What we want to see from Pixelbook 2

Design
The Pixelbook’s current combination of glass, metal and silicone are the same approach to design used throughout the rest of the company’s products. Turn the Pixel 2 XL around, as an example, and you’ll find a similar glass top and brushed aluminum back. Google surely will continue to refine this industrial design, solidifying it across its entire lineup.

With the Pixelbook 2, however, we would appreciate more color options. Indeed, the silver and white color scheme of the first generation Pixelbook looks stunning, but adding more color options — perhaps something as funky as the Really Blue Pixel, complete with orange button highlights like we’ve seen on the Pixel 2.

Google is a company thats not afraid to be bold, bucking the trend of boring laptop design is something Google should embrace.

Overall spec bump
Now that Intel has released its Whiskey Lake mobile processors, we fully expect to see both the latest Core i7 and i5 in the Google Pixelbook 2. Then again, we could see Google waiting until Intel’s Ice Lake hits the market later this year.

While a webcam may not be the most used part of any laptop the Google Pixelbook 2 needs more than a 720p shooter. We aren’t asking for a 4K webcam, but in 2018, it needs at least a Full HD camera.

It’s unclear what kind of impact Linux apps (more on those in a minute) will have on system performance, but it can’t hurt to have more RAM. Right now, users are given the option of 8GB and 16GB, depending on configuration. And unfortunately, the 16GB setup is only available in the most expensive configuration — a Pixelbook with an Intel Core i7, 16GB of RAM, and 512GB of storage for $1,649.

For the Google Pixelbook 2, we’d love to see 16GB of RAM across more configurations, and not just for anyone with an engorged piggy bank.

Display
There’s not a lot of room for improvement when it comes to the Pixelbook’s display. The 12.3-inch screen, with a resolution of 2,400 x 1,600 pixels and 3:2 aspect ratio, is certainly easy on the eyes.

However, according to Evan Blass, the new Pixelbook will have smaller bezels around the screen. If that is indeed the case, then increasing the size of the display while leaving the overall size of the Pixelbook the same is something we welcome with open arms.

Additionally, the 3:2 aspect ratio should stay. It looks good in landscape and portrait, as well as lends itself to displaying books, magazines, and movies in a natural-feeling layout. It also makes for a more realistic experience when using the stylus on the Pixelbook’s display for notes or sketches.

Better battery life
Google advertises the Pixelbook as having all day battery life, but that’s a subjective measurement. Our use has shown the battery to not quite hit that mark, which isn’t all that uncommon.

So, we’d like to see both better power efficiency and more battery capacity out of this year’s model. Perhaps software improvements could improve power efficiency, like Microsoft has done with its Battery Saver feature in Windows 10.

Linux goes official
Project Crostini for Chrome OS is bringing official support for Linux apps. Currently, the project is only available to users who are brave enough to run Chrome OS in developer mode.

Google is updating the project frequently as it gets closer to official public release. We can’t think of a better time to officially launch a major feature such as this than along with brand new hardware. 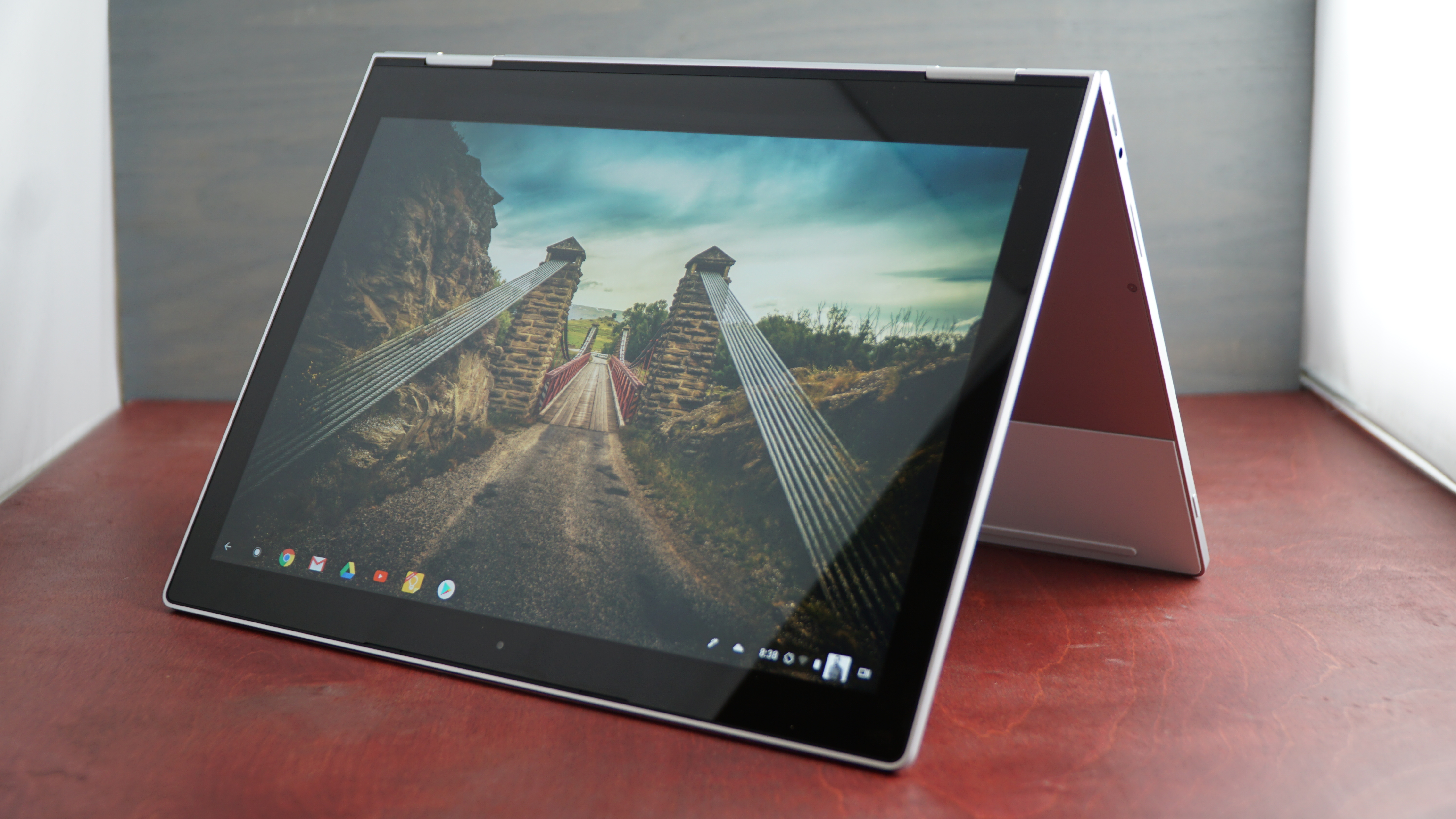 If the current design remains relatively unchanged, Google could place the reader in the power button on the left side. This provides access to the scanner, regardless of orientation, which has already been done on countless 2-in-1 laptops.

Smart Display Mode
The Pixelbook was the first Chrome OS device to ship with a dedicated Google Assistant key. Eventually the Pixelbook was updated with the the option to respond to hands-free commands, but only while unlocked and the screen turned on.

With the second Pixelbook, Google should take Assistant one step further by adding an always-listening feature, regardless of unlock status, and replicate a similar experience to that found on the Lenovo Smart Display.

Pen included
The Pixelbook works with a stylus, but it costs you an additional $99/£99  just to write or draw on your screen.

Jotting notes on the lock screen is handy, but with the Pixelbook already sitting atop the the pricing scale, including a pen isn’t too much to ask for … is it?

Ditch the palm rests
Have you seen what the white palm rests just below the keyboard look like after a few months of use? It’s gross. The amount of dirt that shows is embarrassing, even after you’ve cleaned them.

Hopefully, if Google insists on using a similar material, they use something that is not white  – or at least more dirt and grime resistant. Regardless, come back to this page every now and then ahead of the possible launch for the latest Pixelbook 2 rumors and leaks.