The unveiling of the Samsung Galaxy S10 is nigh – about a month away, in fact. We’ll know all the facts for sure when the company officially reveals the device at the Unpacked event slated for February 20th, which is just before MWC 2019.

We don’t yet have cases to recommend for a device we aren’t completely sure about. That’s a list we’ll compile next month. But cases are in fact how we know a little bit about the 2019 Samsung phone. Case dimensions are where leaks come from.

To begin, we’re expecting three phones for Samsung’s next flagship: the standard Galaxy S10, the Galaxy S10 Plus and the S10 Lite, a lower-priced and lower-specced version.

Early leaks of cases have shown that each phone has its own distinct size. Assuming they’re accurate, it shows the S10 Plus will have a 6.4-inch screen, the standard S10 a 6.1-inch, and the S10 Lite a 5.8-inch display. 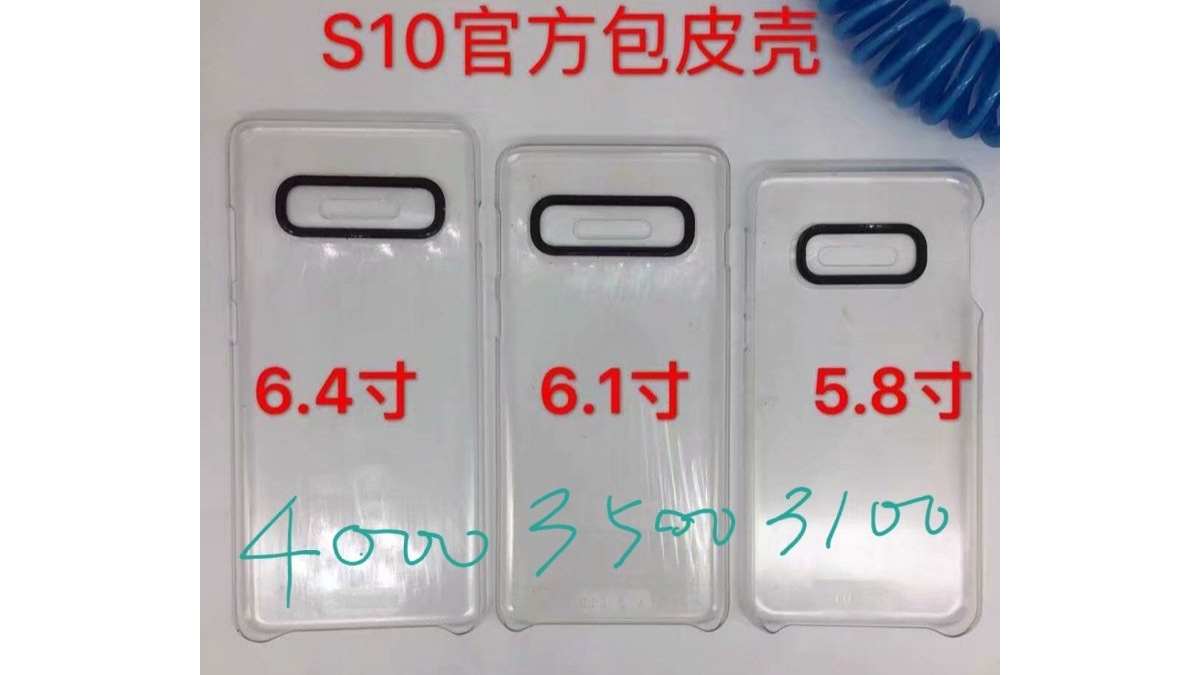 Rumor has it that the Galaxy S10 line will use a hole punch instead of a notch for their front-facing camera(s). While cases haven’t needed to account for notches in phones, they’ll at least have to be conscious of the Galaxy S10’s particular design: leaker Evan Blass released a render showing a pinhole in the top-center of the screen (two for the S10 Plus).

These case leaks have given us a good idea about how big these phones might be. Case in point: thanks to Blass’ photo below, we can anticipate that the S10 Lite will have a 5.8-inch screen, the S10 standard will have a 6.1-inch screen and the S10 Plus will have a 6.4-inch display.

Then again, other leaks have shown the pinhole in the top-right or even top-left corner. The jury’s out until we have more solid confirmation. 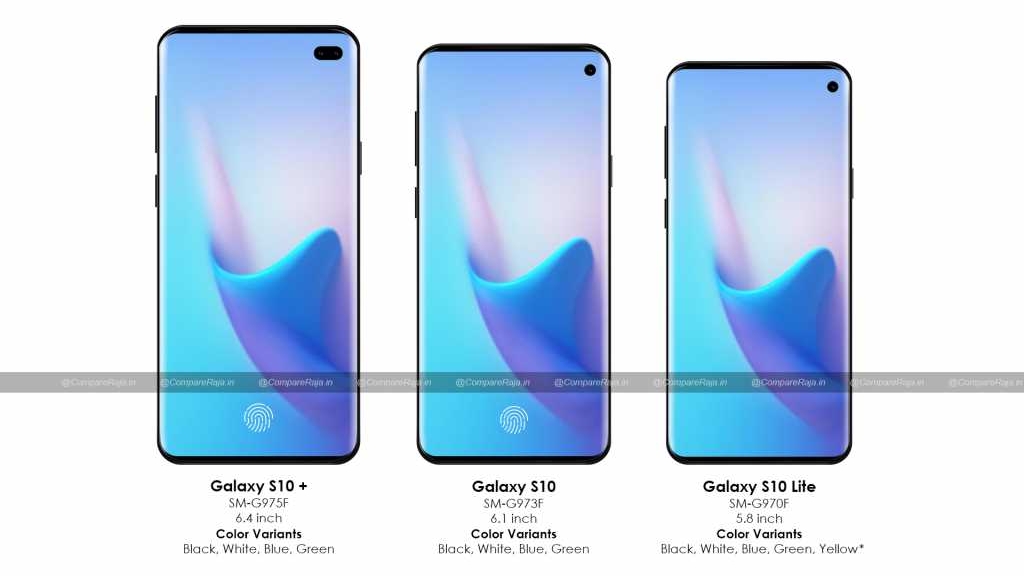 We’ve reached out to each of these phone accessory makers to see where they’re at on making Samsung Galaxy S10 cases. We’ll let you know what they say between now and February 20.