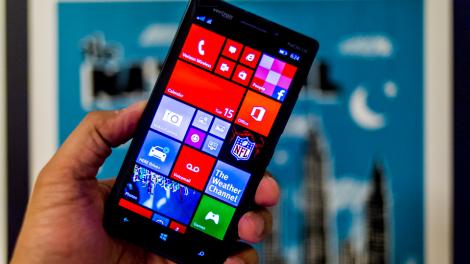 Windows Phone 8.1 brings Microsoft’s mobile platform to the modern age, finally, with a handful of big new updates. In fact, it’s strange to call it 8.1 when it could really warrant a whole new name.

Many of the issues that we’ve always had with Windows Phone have finally been addressed, for the most part, and it makes the platform slightly more pleasurable to use. Things that had given us headaches, like the lack of a better notification system, are all gone.

Of course, it’s still very much Windows Phone. So for those of you already familiar with previous iterations of Windows Phone, you’ll feel right at home with some pleasant surprises along the way.

Live Tiles, the Metro UI and everything else remains mostly the same, but with tweaks here and there that improve the overall experience. Perhaps the biggest addition to Windows Phone 8.1 is Cortana, Microsoft’s voice-recognition personal assistant.

With Cortana, Windows Phone finally joins iOS and Android in having a personal assistant, so to speak. Like its competitors, Cortana responds to all kinds of commands and requests, from the very basic things like setting alarms to more advanced stuff, like asking if a nearby restaurant is any good.

Another new feature is the notification pane, called Action center, which is just like the ones on iOS and Android. We can’t thank the stars enough for this, especially since the previous system, Toast notifications, were just awful.

When you pull down from the top bar, a window pane comes down with toggle switches for things like Wi-Fi and Bluetooth, along with a list of all your pending notifications. You’ll also have the option to jump into settings or clear all notifications from this pane. Thank heaven. Seriously.

With that quick intro out of the way, let’s dive a little deeper into this new stuff and see what the fuss is all about. But before we proceed, it’s important to note that we have a developer preview version of Windows Phone 8.1, meaning that a lot of things could change before the final software version reaches the masses.

With Cortana, you should be able to do all kinds of things without having to press more than a single button. First, like a good personal assistant should, Cortana learns important tidbits about you and who you are and things you’re into.

Keeping track of your habits, interests and daily activities better helps Cortana guide you through things and make suggestions. It probably also helps Microsoft gather way more data about you, even though the company promises the info won’t be used to advertise to you.

You’ll get suggestions and reminders when you set them, or when you’re interested in taking a look, and you can also schedule things in your calendar and send messages, too.

When you open up the app, the first thing you’ll see is the weather and other items that might be pertinent to you, like transportation times, and more. Your information is kept in Cortana’s Notebook, which holds your interests, quiet hours, places you visit, music searches you make and more.

Based on your interests compiled in Cortana’s Notebook, you’ll get information that suits you, rather than random suggestions that might have no interest to you. It’s a little like Google Now, which shows you your travel data, calendar updates and more.

In the Interests section, you can quickly glance at your day by checking traffic, weather, news headlines and more. You can also get suggestions on what to eat nearby, plan trips and check for local attractions.

One neat feature in Cortana is quiet hours, and it works much like iOS’s Do Not Disturb feature. You can set certain times of the day when you won’t be bothered with notifications and calls. However, there is an option to let callers get through if they call a number of times within a given time frame, which makes it likely an emergency. Although, I did have a drunk ex once who’d call me repeatedly and bypass iOS’s Do Not Disturb, so I just had to shut off that feature altogether. Your mileage may vary.

An additional option in quiet hours, like other OSes, is making exceptions for certain contacts. If you add people to your “inner circle” they can bypass the quiet hours entirely. This would be useful if you need to answer your boss’s phone calls at 1 a.m., for example.

Cortana also works with speech to text, so you can just talk instead of typing when you need to. Like iOS and Android, all you do is tap the microphone button and start talking to your phone. Once you’re done speaking, the phone will recognize when you’re finished and the text just pops right up where it should be. Easy.

No virtual assistant is perfect, and Cortana isn’t immune to the same faults as Siri or Google Now.

Occasionally, Cortana has some trouble hearing or deciphering things, so you’ll just have to do a few things manually when that’s the case. And if you ask Cortana for something that it doesn’t understand, it will default you to a Bing web search, just like Siri would. Straight to the web.

We’d expect Cortana to get much better over time, and it’s definitely a welcome addition to Windows Phone. Once a few bugs are squashed, it’ll be right up there with Siri and Google Now.

The new notification system with Action Center should be enough for anyone currently using Windows Phone to start believing in a deity or higher power. We never thought the day would come when Microsoft would succumb to the extremely useful system of having a drop-down or swipe-down window pane for notifications.

Just like iOS and Android, you just swipe down from the top bar and you’ll find quick toggles for Wi-Fi, Bluetooth, auto-rotate and and airplane mode. There is also a button for settings, so you can jump into that quickly.

When you tap on a notification, it takes you straight to it, or that app that requires attention. If you want to get rid of a notification, just swipe it to the right, or hit clear all if you want every single one gone.

You can get to Action Center from almost anywhere, including your lock screen. But when you’re in full screen mode in some apps, you won’t be able to get to it easily, if at all. No big deal.

It would have been nice to include the addition of adjusting screen brightness from Action Center, so perhaps we’ll see it in a future update. Additionally, it would be nice to see an option for expanding those toggle buttons, like on the Galaxy S5, or to have them on a separate pane, like the HTC One.

In the end, this is a huge update to Windows Phone, having Action Center. It really makes the phone more usable day-to-day, which sounds strange, but when you live and die by your notifications, it’s critical.

We haven’t been able to test this feature out to its fullest extent, but Microsoft did throw in some new battery saving features in Windows Phone 8.1. And although many Windows Phone handsets have big batteries and great battery life, extra juice is always welcome.

You’ll now get a live tile that shows your battery level and info with a quick glance. Moreover, apps are monitored and managed, so you’ll know which ones are sucking a lot of power and how you can change their behaviors to save more battery life.

When you have Battery Saver turned on, push notifications and other things that might drain your battery are turned off, and you’ll have to check them all manually. It’s slightly inconvenient, but when you’re running low on power, a lot of those apps and features probably aren’t that critical.

When you’re at an airport or cafe and there is free Wi-Fi available, Wi-Fi Sense handles connecting to the network for you. It’ll know when you’re near a free and open Wi-Fi network, and you don’t even have to bother with accepting the terms and conditions and all that jazz just to get connected.

Once you’re within range of a free Wi-Fi network, Windows Phone 8.1 takes care of the rest.

Wi-Fi Sense is probably not such a huge “wow” feature, but you’ll find it largely convenient once you find yourself connected to free and open Wi-Fi networks when you’re out and about.

Getting faster on your keyboard is convenient when you’re wanting to get things done right away. And tap-tap-tapping on your screen isn’t always the best way to get a message across.

Swype has been a huge boon to Android devices, and we’ve always wanted something like it for iOS, except it hasn’t happened yet and probably never will for Apple users. However, Microsoft saw the benefit of sliding your finger around to type words, and so Word Flow Keyboard is here.

If you have no experience with swiping to type, you’ll learn to love it after some practice. It is so much faster than punching individual keys to type out words, even with autocorrect.

Windows Phone 8.1 has a bigger word library, too, so there will be more words easily and readily recognized and fewer times when you have to manually punch them in.

So, it might sound ridiculous that it took this long to do this, but Windows Phone 8.1 now has custom volume settings. Prior to this, you were limited to universal volume control, meaning that your notifications and ringtone were always at the same level. Now your apps, music, videos and ringers can be set to different volume levels.

Windows Phone 8.1 is a solid step up from the previous version of Windows Phone. It makes it a huge pleasure to use, and easier for us to transition to Windows Phone full time if we really had to.

We’re not going to go into the whole app ecosystem thing, because Microsoft falls well behind iOS and Android in terms of volume and quality of apps, but it’s slowly getting better as more developers jump on board.

Having a personal assistant like Siri is great, and it makes Windows Phone 8.1 feel like it belongs with the rest of the crowd, rather than a platform that’s trailing behind a year or two. We’re really glad for that.

And what makes us really happy is Action Center, or a place to see all our notifications without having to swipe all over our home screen looking for missed notifications via Live Tiles.

Little changes here and there, like the Settings menu and app list screen are great. The small tweaks that Microsoft has made, along with the really big ones, makes Windows Phone 8.1 a good contender in the mobile OS space.

Now let’s just that app ecosystem up to par.