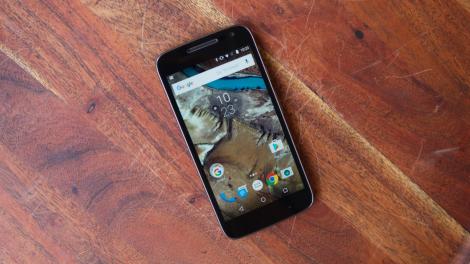 The Moto G4 Play just wants to have some fun. It isn’t necessarily the most skilled at any one thing, but it’s hard to look away from a deal this good.

Sitting at the bottom of the G4 totem pole in terms of specs, the G4 Play is generally lacking in marquee features found in the Moto G4 and Moto G4 Plus, like the water-repellant coating and fingerprint sensor, respectively.

But does that make it a bad phone? Nope, just one that’s definitely not for everyone. Still, going for as low as $99 price point, everyone can afford this unlocked smartphone. Even if you love flagship phones, it’s hard not to be impressed with the G4 Play, the new budget-priced ruler of Android smartphones.

Months after the Moto G4 and Moto G4 Plus hit shelves across the globe, it’s now time for the G4 Play.

This budget smartphone is available online at Best Buy, B&H, and on Motorola’s own site for $149 (£129, AU$249.) It can also be purchased through Amazon for the same price, or a discounted rate of $99 in the US, which will come pre-loaded with ads on the lockscreen. That’s just insanely cheap for a phone with no strings attached.

Verizon will be offering the Moto G4 Play on a prepaid plan, but regardless of where you buy it, it will work with all major US carriers.

Although this phone is targeted towards those on a budget, you wouldn’t guess it just by looks alone. The Moto G4 Play looks a lot like the Moto G4, even down to the ruggedized plastic back and rounded edges. But it also takes design cues from high-end phones in the Moto family. A few noticeable borrowed examples are its silver-trimmed speaker, the deep grey trim and textured power button that are found on higher-end models like the Moto Z line, including the Moto Z Force and Moto Z Play. Obviously, cheaper build materials are used here, but the effect carries over in full-force.

In terms of features, you’ll find your usual suspects on the G4 Play, like a 5-inch display, volume rocker, a 3.5mm headphone jack, front and rear-facing cameras, and a microUSB port for charging. What you won’t find are some slightly more big ticket inclusions, like Gorilla Glass, a fingerprint reader, or a micro USB port with any sort of quick-charging technology built-in.

Moto has won over many a hardcore fan of stock Android thanks to its, well, near-stock Android experience. Like the higher-end Moto Z, the G4 Play is equally devoid of bloatware and custom touches that can sometimes be irksome.

What Moto has pre-installed on the G4 Play is contained within an unobtrusive app, and depending on your needs, can be rather helpful. One of the features, called Moto Display, is a handy way of checking out notifications or, say, pausing the music on the screen – all without switching on the phone’s screen. Just wave a hand above it. The other option offered up is an gesture that allows you to shrink the screen size for easier one-handed use.

While the Moto G4 Play lacks in standout hardware specifications (3.5mm port aside) to give it the edge over pricier competitors, it can still play all of the music and movies, and most of the games that you can throw at it.

Listening to music is a standard affair, as the G4 Play offers support for both wired, and wireless playback via Bluetooth 4.1. The earpiece doubles as the phone’s only speaker, and lacks the full-bodied sound provided by other listening methods, as you’d expect.

The 5-inch display runs at 720p resolution, with a pixel density of 294ppi (pixels per inch). While that’s by no means impressive compared to many QHD (2,560 x 1,440) Android smartphones, it totally does the job for this smaller, much more affordable device. For some perspective, the $499 4.6-inch Sony Xperia X Compact also has a 720p display.

At that, movies and games look good enough, but lack the clarity that only a more crisp screen can provide. For the price, the color reproduction and contrast is better than you might expect, but generally muted compared to pricier options – one of the few ways that the Moto G4 Play lets its budget-minded focus show.

It should be mentioned that the G4 Play isn’t a gaming powerhouse. One of our favorites games as of late, Giant Boulder of Death, runs smoothly enough to have a pleasant time, but the game’s standard control scheme relies on a gyroscope, a sensor that this phone doesn’t have. Many popular smartphone games rely on tilt functionality, but you won’t be able to enjoy them on this phone unless they support alternate control schemes. Dead Trigger 2, as another example, defaults the visual settings at low and runs smoothly enough to enjoy, but not at 60 frames per second.

By the look of the Moto G4 Play, it strives to provide the essentials and not much more. And its specs tell a similar story.

Using the Moto G4 Play feels relatively snappy for a device at this price point, which is partially a testament to Moto’s only-slight modification to the stock Android Marshmallow experience. But if you’re coming from a flagship smartphone, the difference in overall speed from task-to-task is starkly against Moto’s favor here, with tasks like opening apps and downloading files (this phone is restricted to the often-crowded 2.4GHz Wi-Fi frequency) taking much longer than you might be used to.

It’s likely that the low-end Snapdragon 410 quad-core processor and the Adreno 306 are to blame for that. All said, it’s hard to wag a finger at Moto when the price is so low, but be mindful that this phone is just powerful enough to provide a passable Marshmallow experience and not a whole lot else.

To back it all up, the Moto G4 Play comes with 2GB RAM and 16GB of onboard storage, with the option to easily expand upon that thanks to the microSD slot.

Like we do with all phones in for review, the Moto G4 Play has been stressed with the GeekBench 4 test. This phone in particular received a multi-core score average of 1,300 – a score that puts it nearest to, but still behind, the Nexus 5 from 2013.

Focusing on a few other features, the Moto G4 Play boasts a 2,800mAh battery, which rests under the removable plastic back. For the price, this is a generous amount of juice that, ideally, should keep the phone running for over a day without need of a charge. During our testing, we found that the G4 Play can, indeed, stay alive under mixed use for about a day and a half.

Of course, if you let it sit around without using it a whole lot, or if your usage is on the light side, it will last much longer – about two days and change, thanks to Doze mode. This feature can detect when a phone isn’t in motion and put battery preservation higher on the priorities list. In Android Nougat, Doze has been improved to work even when you’re on the go, but we’re happy to see some version of it implemented on such an affordable device.

If you’re looking for a phone with fast-charging technology, this isn’t one of them. What this means is that compared to most modern smartphones, this one doesn’t charge very quickly, so you’ll have to plan some time to refill it back to health. From 0%, it took a half hour to bring it up to 30%. At the hour mark, it was sitting at 57%. Then, it took another hour to bring it all the way back up to 100%. This is a phone that’s better left to charge overnight.

During our final battery test, we play a 90-minute HD video to see how much of the battery drains in that duration. The Moto G4 Play fared extraordinarily well and only lost 12% of battery. Most phones tend to lose anywhere from 15-20% of their total capacity, so it’s swell to see that Moto didn’t slack in the battery department.

Shifting focus over to the camera system on the G4 Play, there’s an 8MP sensor on its rear that has an aperture of f/2.2. If you want to shoot video, this phone can record in 1080p at 30 frames per second (FPS).

We found that, while the camera is serviceable, stills captured with it generally lack vibrancy and contrast balance. Additionally, photos tend to give off a somewhat cold color temperature, and since the phone’s cameras lack a manual shooting mode, you’re stuck with those settings.

The front-facing camera is capable of 5MP stills and also has an aperture of f/2.2. Unlike the main camera, which has an LED flash, the front utilizes the display to flash, creating a similar effect in the process.

Again, nothing eye-opening here in terms of camera specs and shooting results, but the essentials are on the table. The same holds true for the camera software. While it pales in comparison to the depth and feature list found in Samsung and LG phones, what’s here is simple to use and there’s definitely enough here to satiate most who are simply looking to take some quick pictures.

We’ve included several camera samples on the next page and point out its high and low points compared to what other phones are capable of.

The Moto G4 Play, like the other G-series phones, operates with a value-first mindset. It’s not a difficult task to find a faster, better-looking smartphone. But if you’re looking for the most phone for the least amount of money, you’ll have a hard time finding a better deal than this.

While it’s easy to think that this phone is missing some key features, it’s not. That’s why the Moto G4 Play is so cheap. The Moto G4 Plus, for an extra $100, packs in the fingerprint sensor, bump up in screen resolution and a Snapdragon 617. If those specs don’t matter much to you, Moto’s low-end G4 phone might be just what you need.

For those who want a fully-featured smartphone without breaking the bank. This phone doesn’t have some modern niceties, like NFC or a gyroscope, but that doesn’t dilute its message of sheer affordability.

Should you buy it?

Power users need not apply. But for many, the Moto G4 Play will be a totally sufficient daily driver. At that, it’s worth every dollar (especially since it costs so few of them at $149, or $99 through Amazon) and is elevated further by the fact that it comes unlocked and is ready to go with virtually any carrier you opt into.

If you have just a little more money to invest and you’re in need of a bit more power, the Moto G4 might be a better fit. With that, you’ll be treated to the same near-stock Android experience, but there’s a slight boost in battery capacity and charge speed, as well as a bump up to an octa-core Snapdragon 617 and a 1080p screen pushing the picture.

Apple’s iPhone 6-guts-in-an-iPhone 5S-body redux might be near the same size as the G4 Play, but it’s a whole lot faster and more expensive than Moto’s budget phone.

Of course, one of the main differences is the operating system, with the iPhone SE running iOS 10 and the G4 Play running Android Marshmallow. Beyond that, the SE trumps the Moto in terms of processor speed, battery life, and camera quality.

Sony’s latest Compact isn’t a superb value for the price. Costing a whopping $499 (£359, not currently available in the AU,) the Moto G4 Play offers a more balanced ratio of cost and performance.

Again, these are similar in size, but Moto’s effort feels more realized, offers a more lightly customized version of Android, and does right by staying true to its aim as a budget-friendly phone.