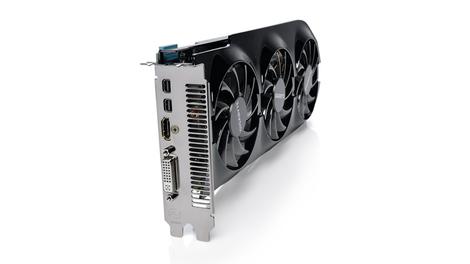 When the HD 7870 first tipped up in March we weren’t that fussed about it. Sure, it delivered decent numbers in the benchmarks, but at about £260 it was way overpriced and left us feeling rather cool towards this mid-range Radeon card.

Thanks to Nvidia finally getting its act together with its own mid-range cards, AMD has started aggressively pricing and now the HD 7870s, and even this overclocked edition, are sitting below the £200 mark.

At this price there really isn’t anything Nvidia can do to compete. Now the GTX 660 Ti’s prices have come down, though, it does represent a little more competition for AMD’s mid-range master.

Still, the Pitcairn XT is pretty much all the GPU you need for your 1080p screen – it will throw polygons around at impressive speeds in any game you care to throw at it. There’s simply little point spending more than £200 on a graphics card unless you’re seriously ramping up your native resolution with a 2,560 x 1,440 screen.

And in that case we’d recommend looking harder at the HD 7950 or GTX 670 for that sort of panel – the GTX 660 Ti isn’t going to quite deliver across the board at that res.

The only issue here is whether you really need to look at the likes of the overclocked HD 7870. This Gigabyte OC version is only slightly faster than the vanilla HD 7870 and is about £20 more expensive.

If you shop around you can find the stock-clocked card for around £170 and that is a real bargain right now.