The wait for Nvidia’s next-generation Turing graphics cards was excruciating, but finally, the latest and greatest GPU architecture is here. It was a long wait, but the sheer power of Nvidia Turing was definitely worth it.

Now that we finally have Turing-powered Nvidia GeForce RTX 2080 Ti, RTX 2080, RTX 2070 and RTX 2060 cards in our hands, we know they’re the best graphics cards for the games we’ll be playing for the next few years – as long as you’re willing to pay. Nvidia Turing will be behind some creative work too, thanks to the newly announced Nvidia Titan RTX.

Real time ray tracing is the premiere technology with Nvidia Turing, bringing this holy grail of graphics tech to a mainstream GPU for the first time. This could bring about a revolution in the way the best PC games are rendered – just as soon as we have more than one game that supports it. 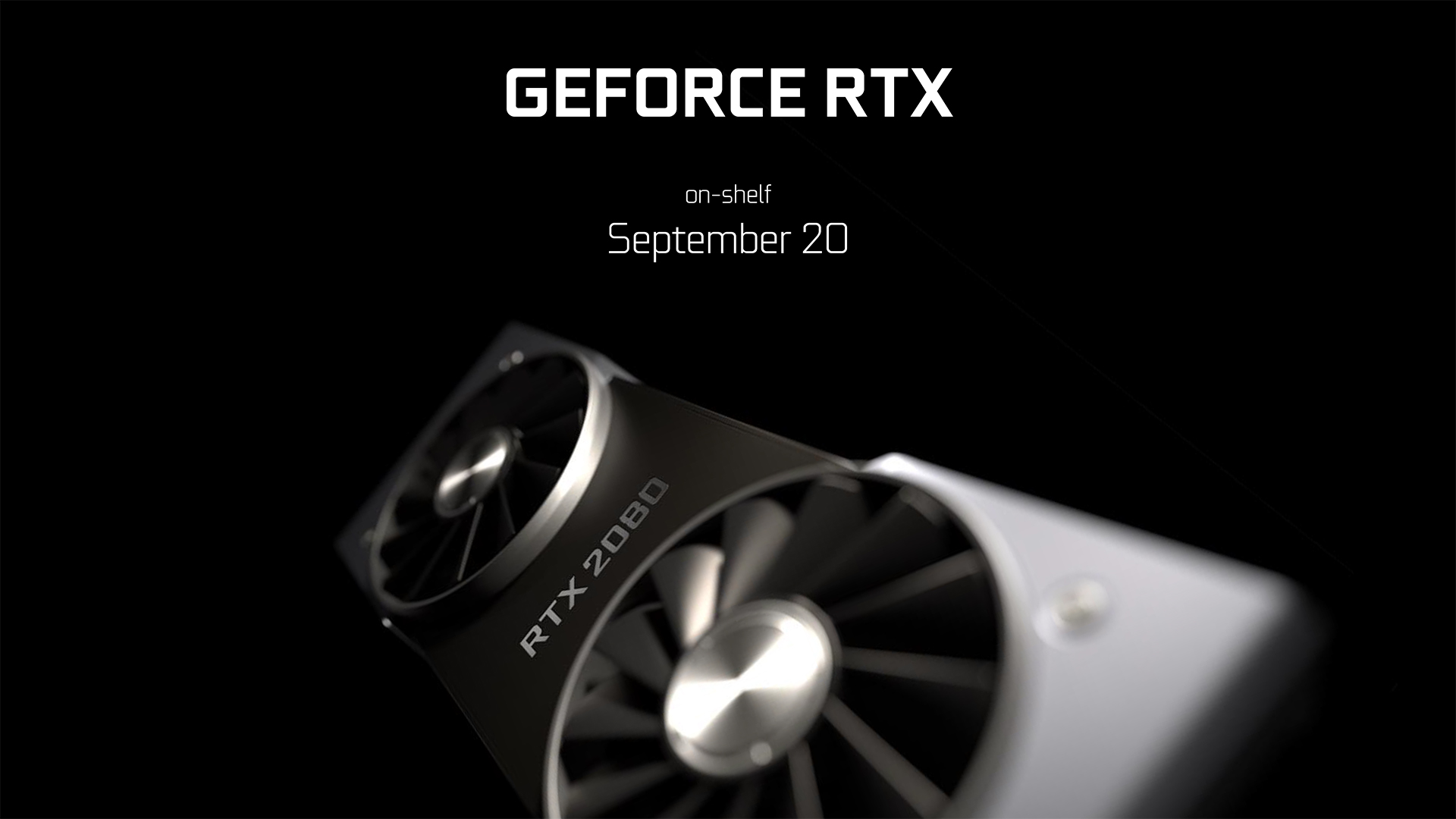 All of the currently-announced Nvidia Turing GPUs are now out in the wild – the RTX 2080 Ti, 2080 and 2070. Though, the RTX 2080 Ti still has limited availability, and you’ll likely have to pay more than MSRP to get your hands on one for a while.

And, at CES 2019, we didn’t just finally get an RTX 2060 announcement – arriving on January 15 – but we also saw some gaming laptops with Nvidia RTX graphics. The best gaming laptops of CES 2019, like the Alienware Area 51m, were all packing the latest Nvidia Turing graphics, and they’ll start hitting the market in the latter part of January 2019. 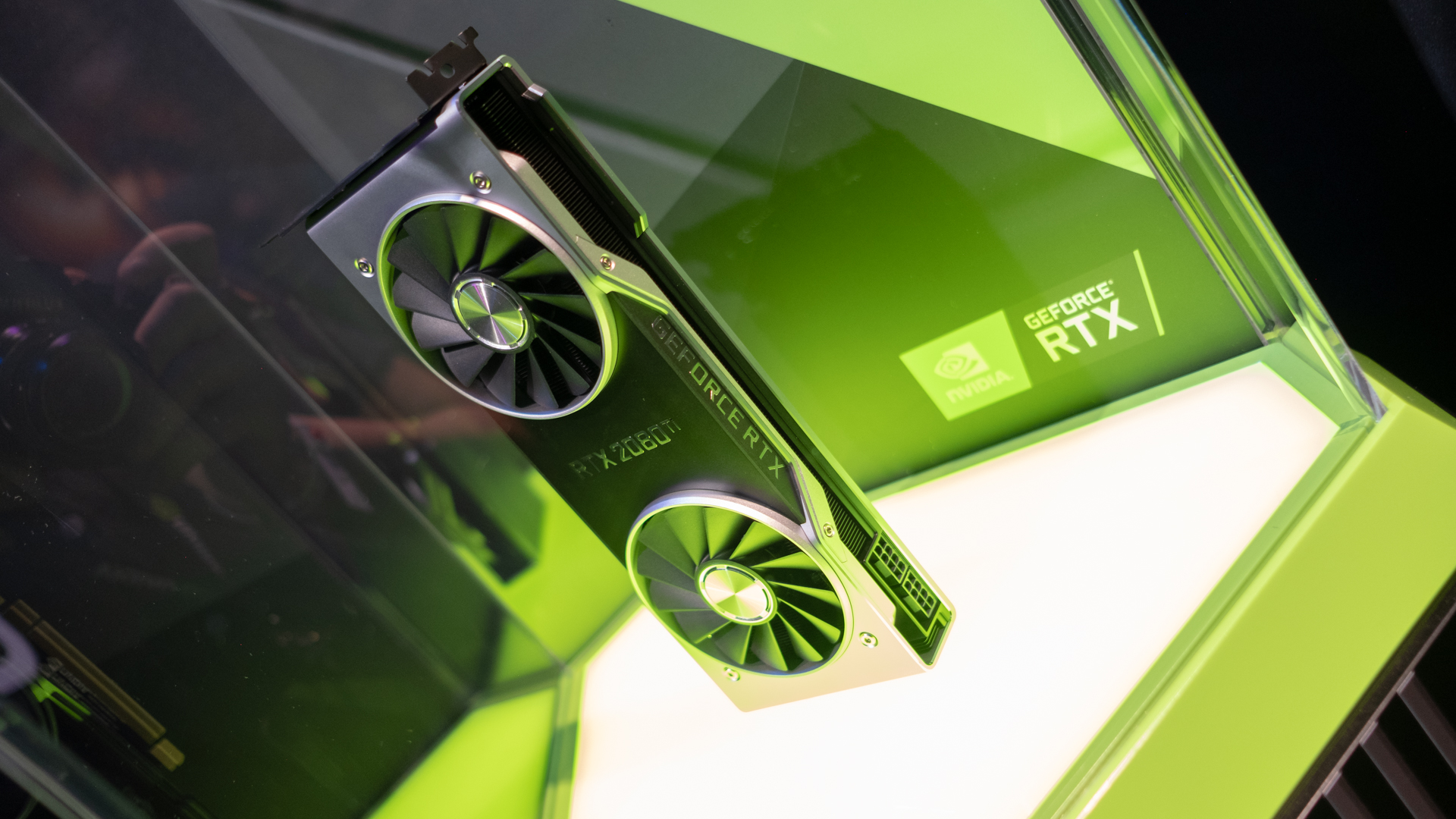 Although, the Nvidia Turing series started with the Quadro RTX GPUs, we’re far more interested in the graphics cards available for consumers. If you wanted to check out these enterprise-leaning parts head on here, otherwise read on for the prices of the announced consumer cards below:

Overall, the prices for Nvidia’s newest graphics cards seem to have risen with the Nvidia GeForce RTX 2080 Ti  taking the place of Nvidia’s past Titan cards. This shift up can sadly be seen across the entire lineup.

It should be noted that the prices on the store are a bit higher than what Nvidia CEO and founder Jensen Huang revealed at the Nvidia Geforce Celebration at Gamescom 2018 – at the time of writing. For instance, the 2080 Ti was initially revealed at $999, but that price isn’t currently reflected in the online store – or anywhere else.

These prices might make you want to spring for the Pascal-based GTX 1080 Ti, and we wouldn’t blame you. However, you should also know that store stocks of these older cards are disappearing quickly. 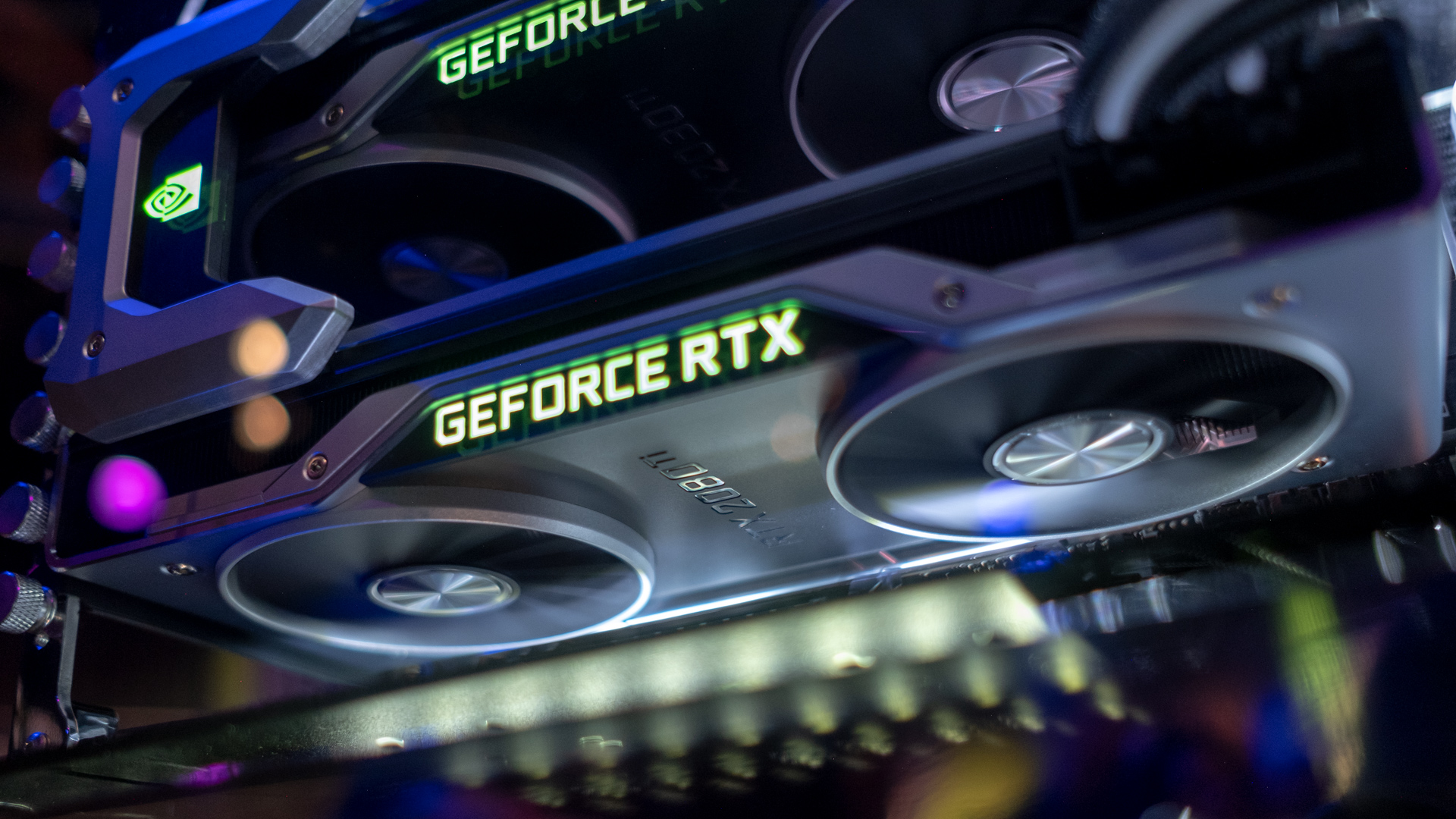 The headline feature of Nvidia Turing is the inclusion of ray-tracing tech that can render more realistic visuals and lighting in real time without having to fall back on programming tricks. These specialized RTX cores essentially calculate how light and sound travel in a 3D environment at a rate of up to 10 GigaRays on the RTX 2080 Ti.  These specialized cores will also supposedly allow Nvidia Turing-based graphics cards to process ray tracing up to 25 times faster than Pascal.

When these RTX Cores aren’t in use for processing ray tracing, they’ll essentially switch off, ceasing to draw any power.

In addition to these RTX cores, the Turing Architecture will also feature Tensor Cores, like the ones found in Volta. These specialized cores enable artificial intelligence and neural networking so that Turing cards get better at rendering over time – something previously exclusive to supercomputers.

With the ability to deliver 500 trillion Tensor operations a second, this technology accelerates deep learning training and inferencing. This will allow Nvidia to offer Deep Learning Super Sampling (DLSS), which could be a version of super sampling that won’t bring your computer to its knees.

Even for games that don’t support this new DLSS tech, these AI-fueled cores should deliver traditional anti-aliasing much more efficiently – up to eight times.

As with Volta, Nvidia Turing is adopting GDDR6 memory – up to 11GB in the RTX 2080 Ti, which can clock in at up to 14Gbps, quite the leap over the Pascal-powered Nvidia Titan Xp that clocked in at 11.4Gbps.

The Nvidia GeForce RTX 2080 Ti is an absolute behemoth of a GPU. With 4,352 CUDA cores, 11GB of GDDR6 VRAM with a 352-bit memory bus and 18 billion transistors, it’s going to be capable of 4K Ultra gaming at high refresh rates for years to come. It’s no wonder it comes with such a high price tag.

The more mainstream RTX 2080 and RTX 2070 are both still quite impressive, though, and will absolutely destroy the previous generation. The former will feature 2,944 CUDA cores, 8GB of GDDR6 memory and will clocked at 1.5GHz at its base frequency. The 2070, though will be a bit weaker, coming with 2,304 CUDA cores 8GB of GDDR6 VRAM and clocked at 1,410Mhz base.

As long as you have the high-end specs to back them up, these new Turing cards are able to perform much faster than their Pascal equivalents, and will be able to push it even further once DLSS or deep learning super sampling is more widespread. And, thanks to the AA improvements in the Tensor cores, we’re seeing about a 20-40% increase in games that don’t support DLSS.

In our benchmarks, the GeForce RTX 2080 is outperforming the GeForce GTX 1080 Ti by about 11% and the Nvidia GTX 1080 by a more impressive 32% in Middle Earth: Shadow of War in 4K. This performance difference is even more massive when you look at the Nvidia GeForce RTX 2080 Ti which not only is 20% faster than the RTX 2080 in the same title, but beats out the last-generation 1080 Ti by a massive 30%, destroying the GTX 1080 with a 45% performance delta.

Unfortunately, the Nvidia RTX 2070 is less impressive. While it does absolutely wipe the floor with the GTX 1070, it is essentially neck in neck with the GTX 1080 – barely hitting a 10% performance increase at 4K in Shadow of the Tomb Raider. At its price point we were hoping for more, especially after seeing the RTX 2080 and RTX 2080 Ti’s impressive performances.

The RTX 2060 is obviously the weakest of the bunch, but you shouldn’t dismiss it outright. The mid-range Nvidia Turing card far outclasses the GTX 1060, but what’s more surprising is that it surpasses the GTX 1070 Ti – for a lower asking price. We were able to get 90 fps in Shadow of the Tomb Raider at 1080p, whereas the 1070 Ti lagged behind at 86 fps. That’s not a huge difference, but the 2060 is $100 cheaper at launch.

Still, in traditional games, there’s no question that Nvidia Turing marks a total upgrade from Pascal. And, over time as drivers mature and users get ready to start overclocking their Turing cards, the difference is only going to grow. That’s not to mention the inclusion of incoming DLSS and ray tracing in games, which should only increase the Nvidia Turing performance gap.

When it comes to ray tracing, there’s only one title that supports it right now: Battlefield V. And, in that title, the Nvidia Turing cards use a hybrid rendering technique – combining both traditional rasterization and ray tracing in order to produce playable frame rates.

Nvidia utilizes “Bounding Volume Hierarchy,” or BVH to track large portions of the scene being rendered for whether or not a ray is being bounced. The RTX cores will then dig deeper into these large rendering zones until it finds the polygon that’s getting hit by the light ray.

This method impacts performance far less than tracking each ray live, but it’s still very demanding. In our own testing, you’ll be stuck at 1080p if you’re looking for smooth gameplay with ray tracing turned on. However, with Nvidia’s latest RTX drivers, it’s claiming to increase performance by up to 50% for ray tracing. We’ll be sure to test this and report back, but we have to wait for the new Battlefield V patch to do it.