By all accounts, Nikon had a great year in 2011, topping both the DSLR and compact camera charts. The former came via the Nikon D3100, the company’s entry-level offering with a 14.2 million pixel sensor, which is a great way in for those looking to get serious about their photography.

There’s lots of interesting technology crammed into the relatively small body of the Nikon D3200, including things that have trickled down from its more expensive bodies.

These include features such as the Expeed 3 processing engine, which promises to deliver quicker processing, low noise and a range of frame rates for Full HD video recording. 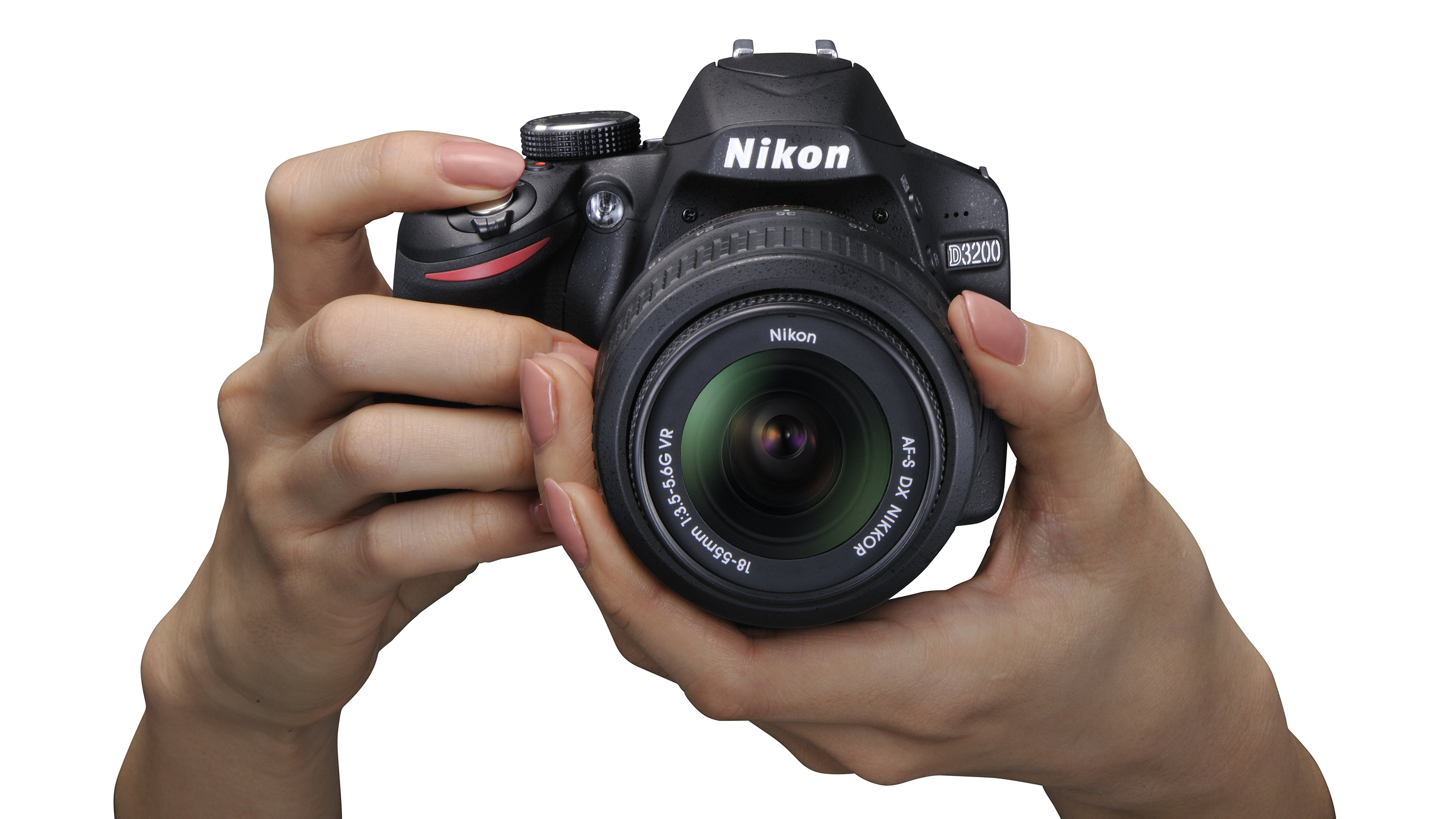 But it is of course that 24.2 million pixel sensor that is likely to be the most headline-grabbing feature, coming just weeks after the unveiling of Nikon’s other high resolution camera, the Nikon D800 (with 36 million pixels).

Coming from a company that used to profess that 12 million pixels was “enough”, it’s likely that some will scoff at the hike in pixel count, but Nikon is keen to point out the cropping potential that such a high resolution offers. This means that users who are unlikely to invest in a second, longer focal length range can crop into images post-capture and still retain a large enough pixel count for high quality images.

Aiming itself so squarely at the entry-level user, improvements made to the Guide Mode are something Nikon is understandably keen to shout about. On the Nikon D3200, new guides including Reds in Sunsets have been added, which – along with the original guides – is designed to help users to achieve the best possible image quality without necessarily having to have a huge amount of photographic knowledge.

Helpfully, the updated guide now has more reference images. These change as the settings are adjusted to show the typical impact. 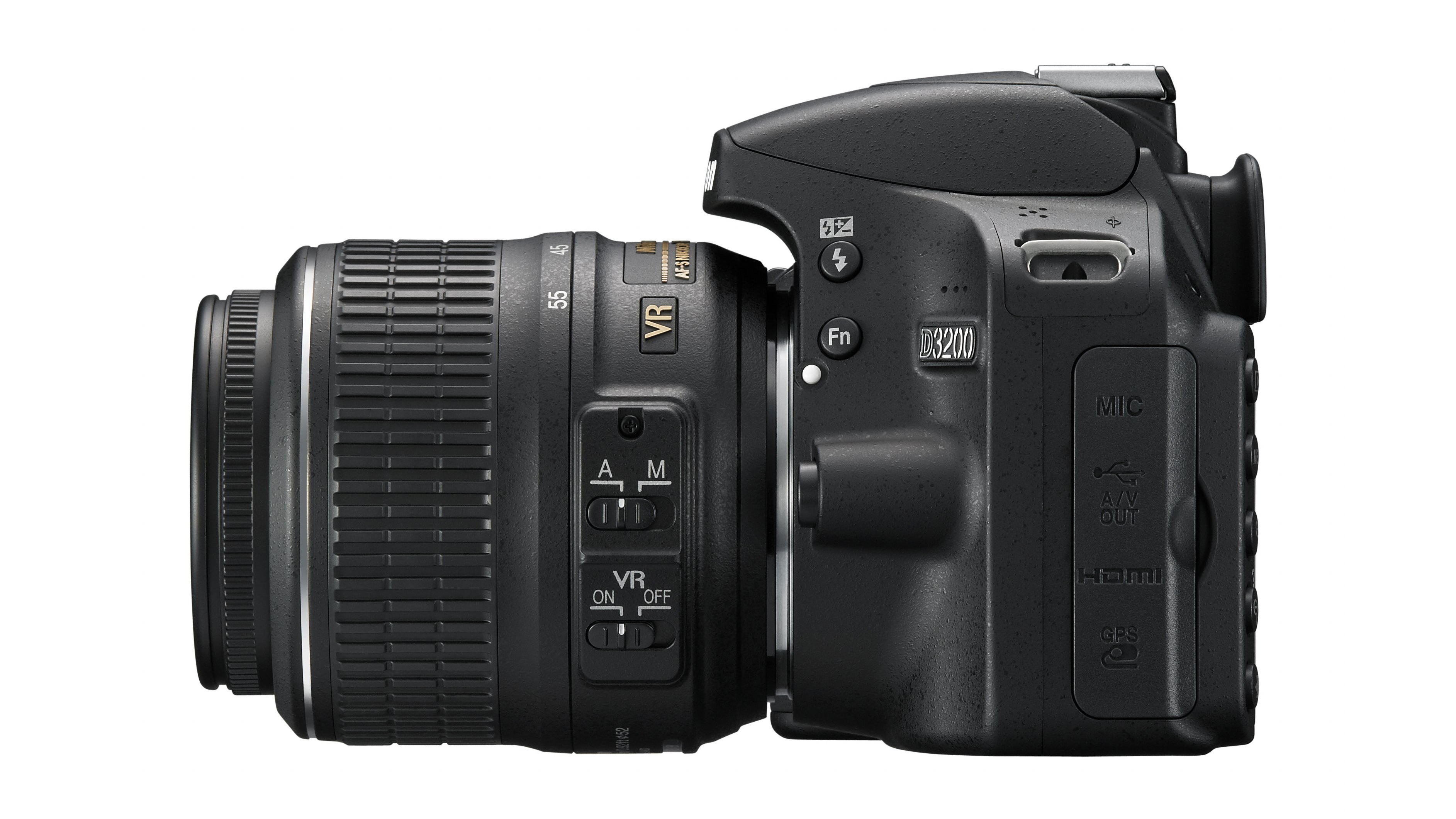 Another feature that’s likely to appeal to the intended target audience is the option to purchase an additional Wi-Fi adaptor, the WU-1A, which connects the camera to smartphones and tablets for remote shooting and uploading images to social networking sites.

A number of retouch options have been included in the camera, including the capability to straighten and crop images and add digital art filters after the shot has been taken.

The Nikon D3200 takes the lead from the Nikon D3100, but has a few improvements to the ergonomics that are very helpful to the everyday shooter.

While there are a limited number of direct control buttons on the Nikon D3200, commonly used functions (such as the sensitivity settings), can be accessed via the “i” quick menu button on the back of the camera.

Although quite a small camera, the deep grip provides a good amount of purchase. The combined weight of the camera and standard 18-55mm kit lens is heavy enough to give the Nikon D3200 the feel of a quality piece of kit. 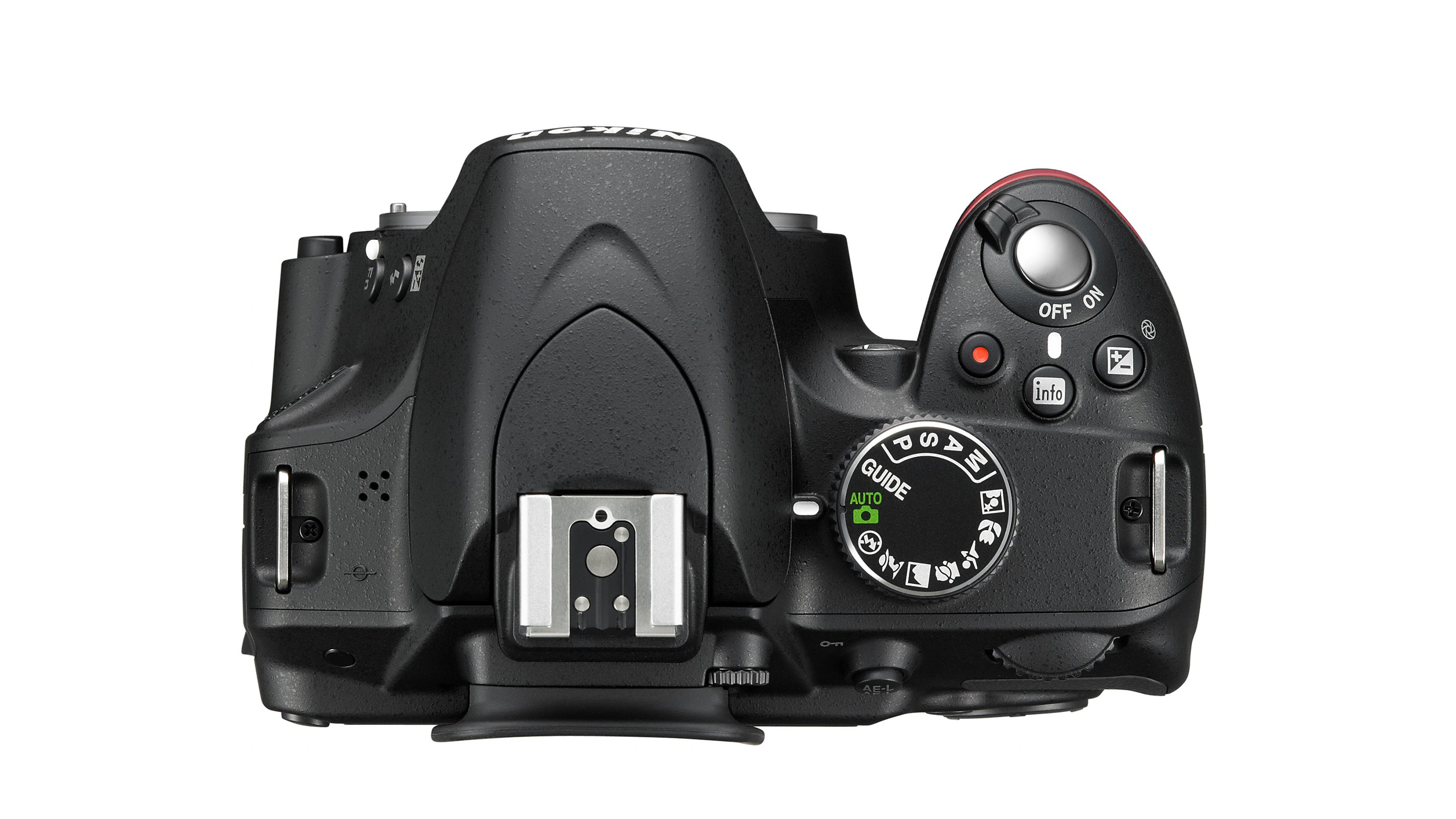 The camera feels robust enough to withstand minor knocks and scrapes, although it obviously doesn’t have the higher quality of build of its bigger, more expensive brothers in the lineup.

New buttons include a dedicated Live View button, a welcome and sensible addition for novice users who may be used to composing images on an LCD screen if they have come from a compact or compact system camera background.

Another new addition is a dedicated movie record button, which can be found conveniently located next to the shutter release. Again, this is a sensible idea for the intended audience, who are unlikely to want to spend time fiddling about with dials and menus to reach the movie record mode.

Nikon has improved the screen for the Nikon D3200, bringing it up to 921,000 dots from the D3100’s 230k dot offering. The screen is very clear and bright, and has a good angle of view from a variety of different shooting positions while also coping well with a variety of lighting conditions.

It’s a shame that an articulating screen couldn’t be included on the Nikon D3200. However, according to Nikon, adding this would come at the cost of making the overall body bigger and more expensive, so it’s understandable that the manufacturer has chosen to keep articulating screens for its larger bodied cameras. 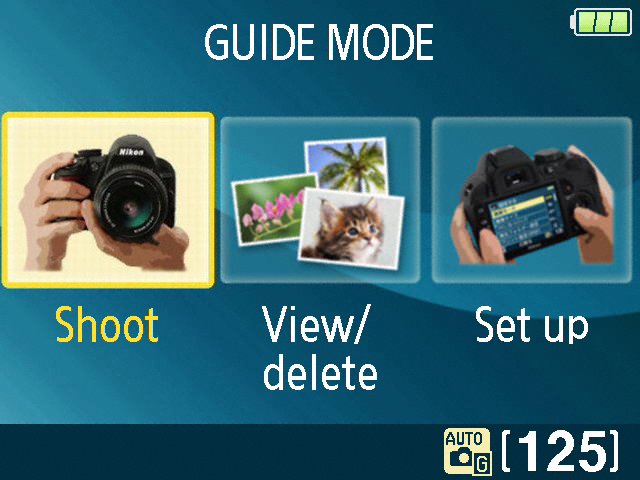 The on-screen information display orientation changes depending on whether you’re shooting in portrait or landscape mode. This is a nice touch that makes shooting in portrait mode a much easier proposition. It’s also likely to impress those used to using smartphones and the like.

The improvements made to the Guide menu make the process of shooting high quality images easier, while also managing to impart some knowledge to the photographer using it.

For example, when using the new Reds in Sunsets mode, the camera guides the user through altering white balance, meaning that eventually the user may come to use the camera independently, without the need for such help.

With 11 autofocus points on offer, you can elect to have the camera choose an AF point for you, or switch to choosing it for yourself. Being a slightly more advanced operation, this option is hidden away in the menu a bit, which is a little frustrating.

Once selected, however, the autofocus point can be adjusted by using the standard navigation buttons.

Autofocus acquisition in the majority of cases is quick, slightly dropping in low light situations, but the system copes well otherwise. Although the Nikon D3200 doesn’t boast the AF speed of some other DSLRs, the average user should have no problems using the camera in everyday shooting scenarios.

It’s worth bearing in mind that autofocus is slower when using Live View, because the speedy phase detection is replaced by a slower contrast detection system. This may frustrate some shooters who are used to the quick speeds of compact cameras.

First impressions of the Nikon D3200’s performance are good, and we think this camera is likely to appeal greatly to novice shooters. And because it has a few features that enthusiasts will also appreciate, they won’t need to upgrade too quickly as they gain experience.

On the whole, the camera’s automatic white balance system seemed to do a good job of measuring the scene, and produces mostly accurate results.

In some daylight situations the camera produces slightly cooler images than is preferable, but, as usual, you have the opportunity to choose the white balance in-camera if you think that’s going to be a problem.

One niggle, however, is the screen output. It seems to favour cooler, greenish tones – giving the impression that an image is a lot cooler than it is in reality. 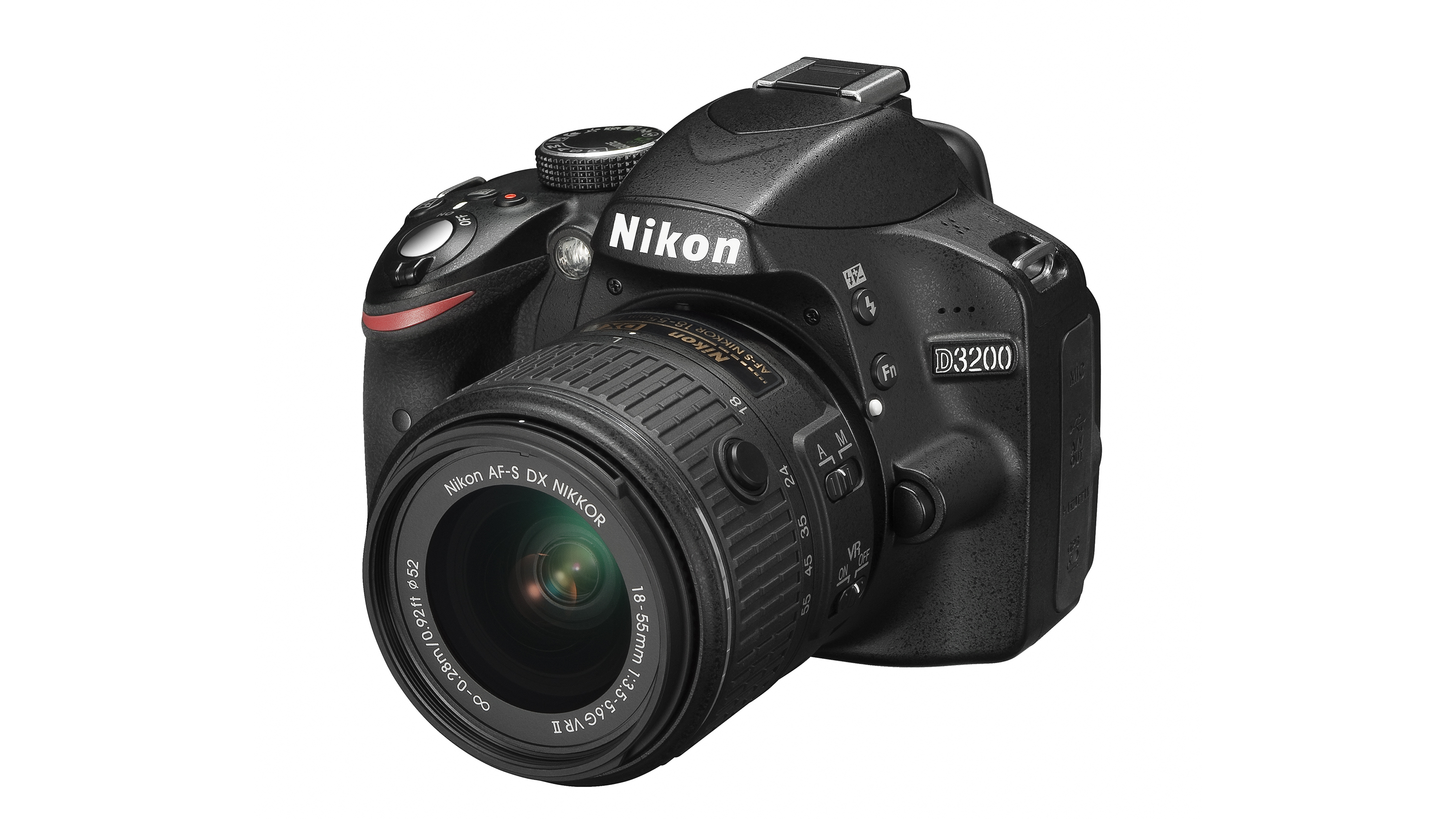 Matrix metering does a good job in the majority of occasions, struggling a little in high contrast or mixed lighting conditions. The option to change metering modes is, as you might expect, a little hidden away in the menu system.

One of the benefits of having a 24 million pixel sensor is the ability to crop into an image and still retain a high resolution output. This is useful when shooting something further away than the reach of your lens.

Cropping is available in-camera, and it’s relatively easy to apply, negating the need to do much on a computer once the image is downloaded.

We can see the option to straighten horizons being particularly appealing to users. We would have liked to have seen the ability to add ratings from within the camera, making it easier to see which images to ditch and which to keep, but perhaps this is something Nikon could consider for future models.

By introducing a greater number of pixels to the sensor, there comes a greater risk of increased image noise. Nikon says that noise levels remain roughly the same as from the 14.3 megapixel Nikon D3100, but in certain rare conditions, the performance is slightly worse.

Thankfully, our labs data showed that the Nikon D3200 performs extremely well when compared with its predecessor. 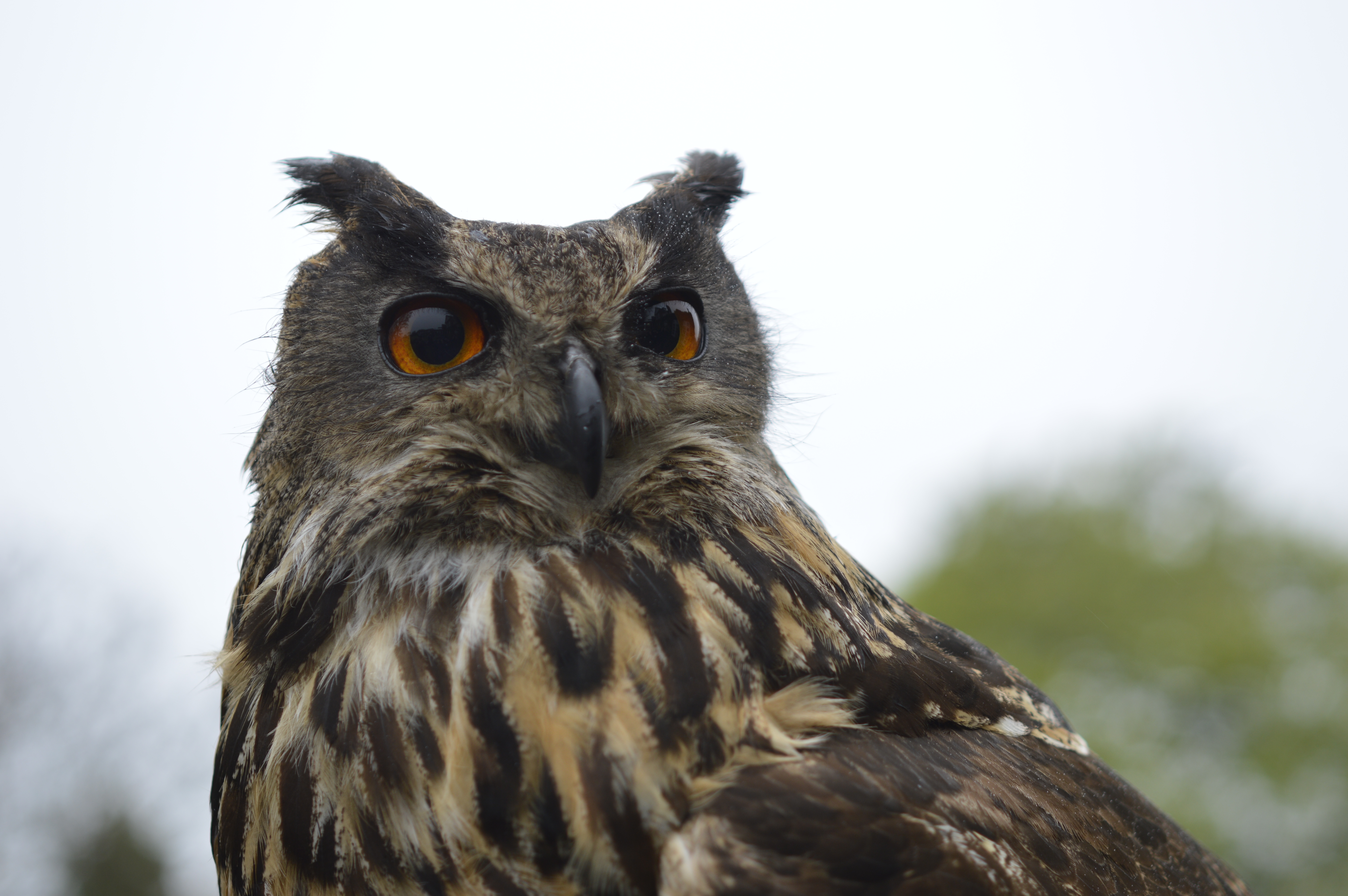 When shooting at high sensitivities, such as ISO 1600, noise is generally controlled well. When viewing images at 100 per cent there is sometimes some smoothing where noise control has been implemented in JPEG files.

It’s important again to think about the intended audience and the (un)likelihood of very large printing, although of course any cropping would emphasise the noise levels further. 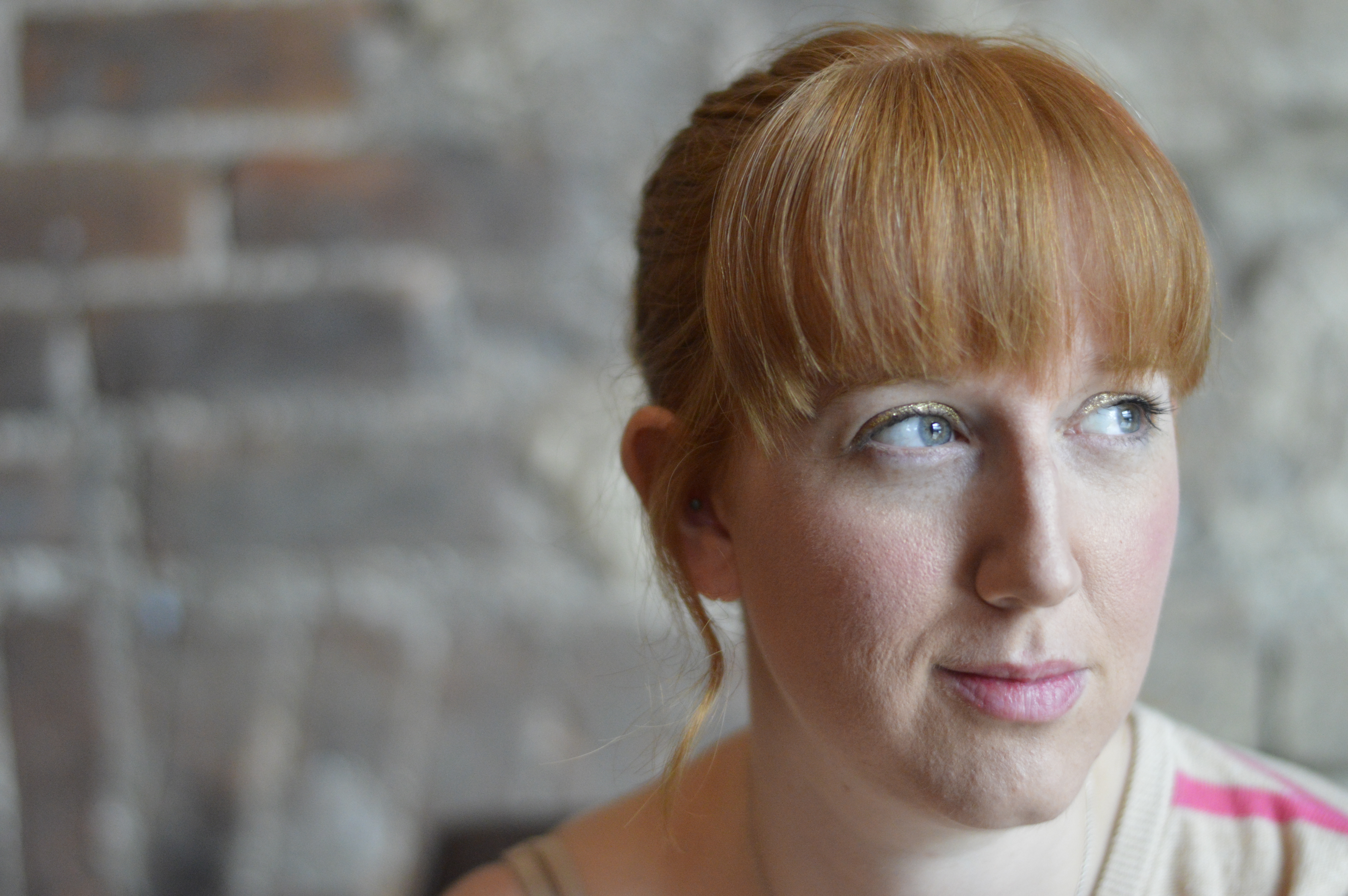 Viewing images at A4 (US letter) size shows there’s plenty of detail, good colour tones and a low level of noise. It’s also pleasing to see that good results can also be had with the 18-55mm lens, which is included as standard with the kit package.

Happily, images shot at even higher sensitivity settings, such as ISO 3200 and ISO 6400, also show a good level of noise control. Although, as you might expect, there is some detail drop-off, it’s certainly preferable to not being able to get the shot at all.

When examining high sensitivity (ISO6400) raw format images with noise reduction switched off, we can see that more detail is captured – but at the expense of introducing more luminance and colour noise.

For beginners looking to get a bit more creative with their photography, Nikon’s innovative Guide Mode, brought over from the D3100, is a real boon, while of course the Nikon D3200 includes options for those wanting to explore manual and semi-manual exposure modes further down the line. 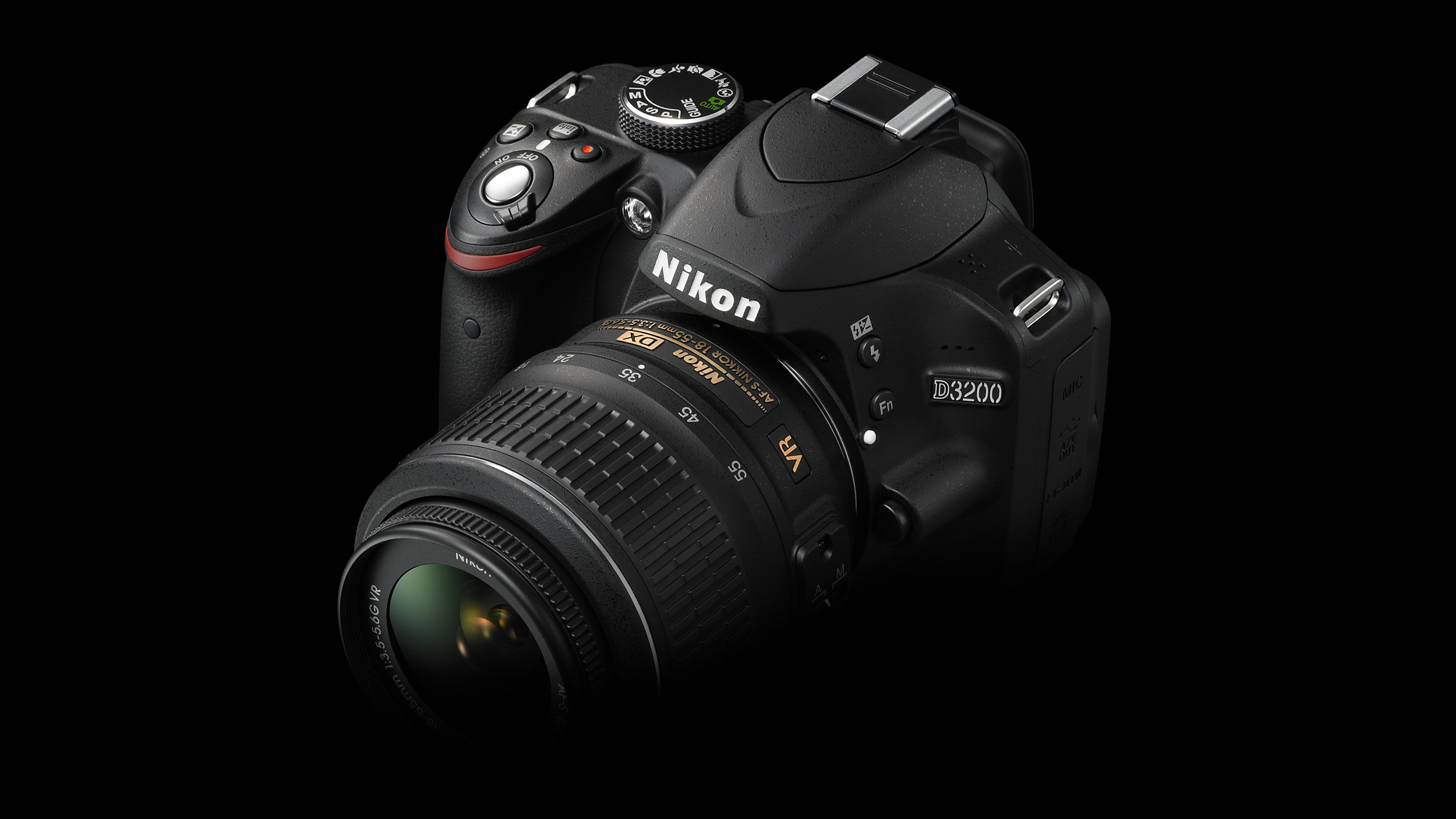 It’s now been overtaken by both the D3300 and D3400, so unless you can find the D3200 at a real bargain price, your best bet is to go with either of these. Or if you can stretch your budget a little further, take a look at either the D5300 or D5500, with both offering vari-angle screens.