The new Kia Ceed shakes off any negative preconceptions you may have about the brand almost instantly.

Kia is no longer a ‘cheap import’ brand producing solid but uninspiring models – it can now mix it with the established names, with its cars offering a competent, complete experience on the road.

We got behind the wheel of the top-of-the-range Ceed First Edition, priced at £25,750, which comes with all the tech bells and whistles you’d expect from a major brand.

In fact, Kia claims the new Ceed is the most high-tech vehicle in its class – and there’s certainly a lot to play with. 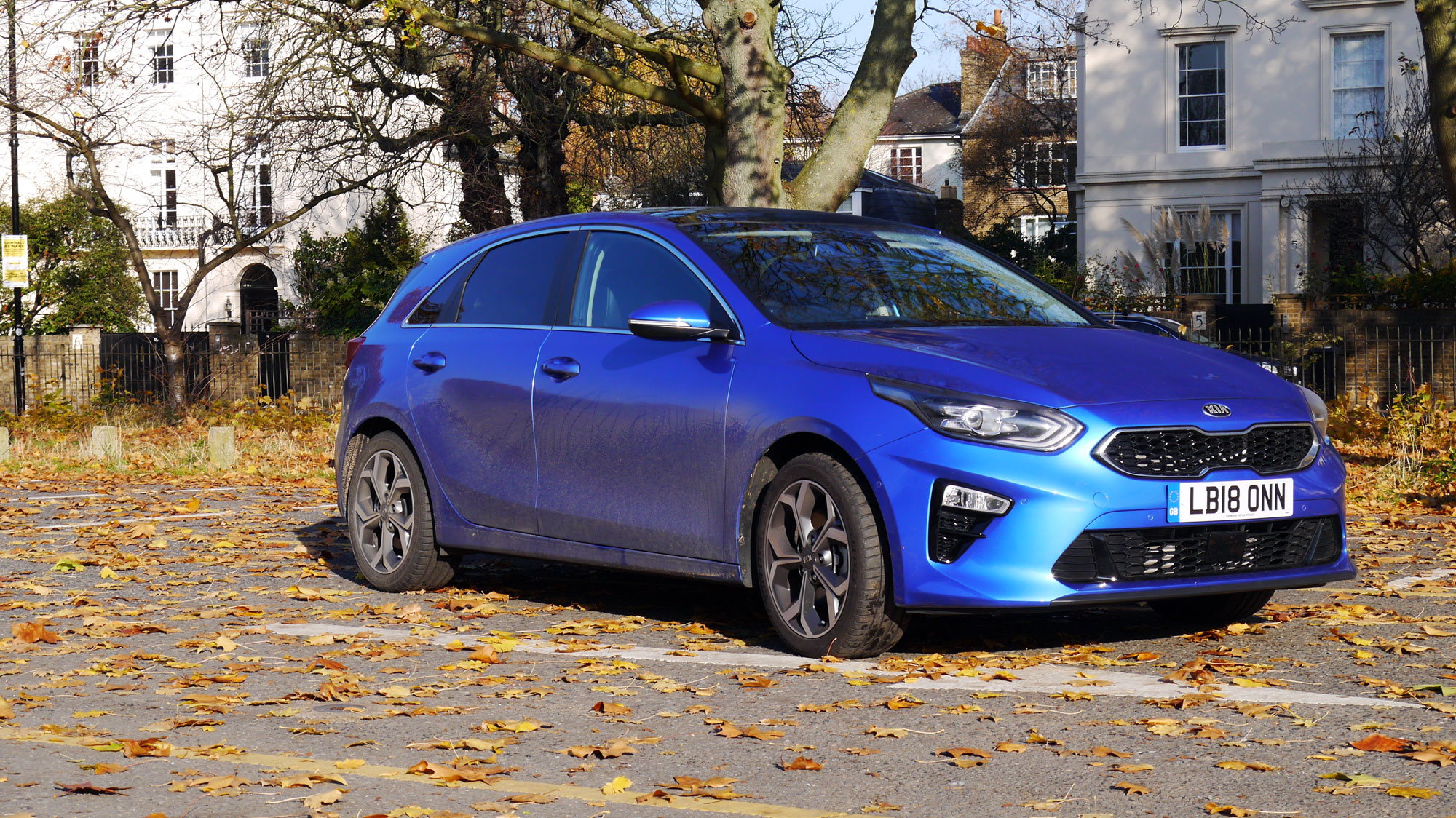 This is the third-generation Ceed (previously cee’d) since the range’s debut in Europe back in 2006, and Kia has redesigned the model the from the ground up.

It now has a more modern look, with the new Ceed arriving with a sportier stance that’s more attractive to look at. It’s not exactly a head-turner, but it slips nicely into place alongside its five-door hatchback rivals.

Inside you’re treated to a modern cabin which wouldn’t look out of place coming from some of the more premium brands. There’s still an abundance of plastic used, but it’s broken up by glass, screens, dials and metallic accents.

The seats are comfortable, with additional comforts including heated and air-cooled front seats and heated rear seats (not including the middle seat), along with climate control, to ensure a pleasant journey for all.

The Ceed can easily accommodate four adults, although those over six foot may find their hair slightly grazing the ceiling. Even with five adults, the Ceed didn’t fee overly cramped during short journeys.

There’s a sizable 395-litre boot too, which provides enough room for a buggy and shopping, so great for families.

You get considerable peace of mind for your money too, in the shape of Kia’s standard seven-year / 100,000-mile warranty.

An 8-inch touchscreen display sits at the top of the new Ceed’s centre console, offering a responsive and fluid experience under finger.

Skipping between modes and scrolling through lists is easy to do, with navigation, Bluetooth connectivity and DAB radio all on board, and all working well.

The infotainment system supports both Android Auto and Apple CarPlay, allowing you to connect your smartphone to the car’s display for access to core apps such as mapping and music streaming – at least, it’s supposed to.

Unfortunately, the Ceed we drove refused to play ball with both our Google Pixel 3 and OnePlus 6, with neither phone recognized when we plugged them into the USB port at the base of the centre console. The reason could be that the Pixel is too new, and thus support for it hasn’t been added, while the OnePlus may be a little too niche, but it seems unlikely – we’ve successfully used the OnePlus with Android Auto in other vehicles. 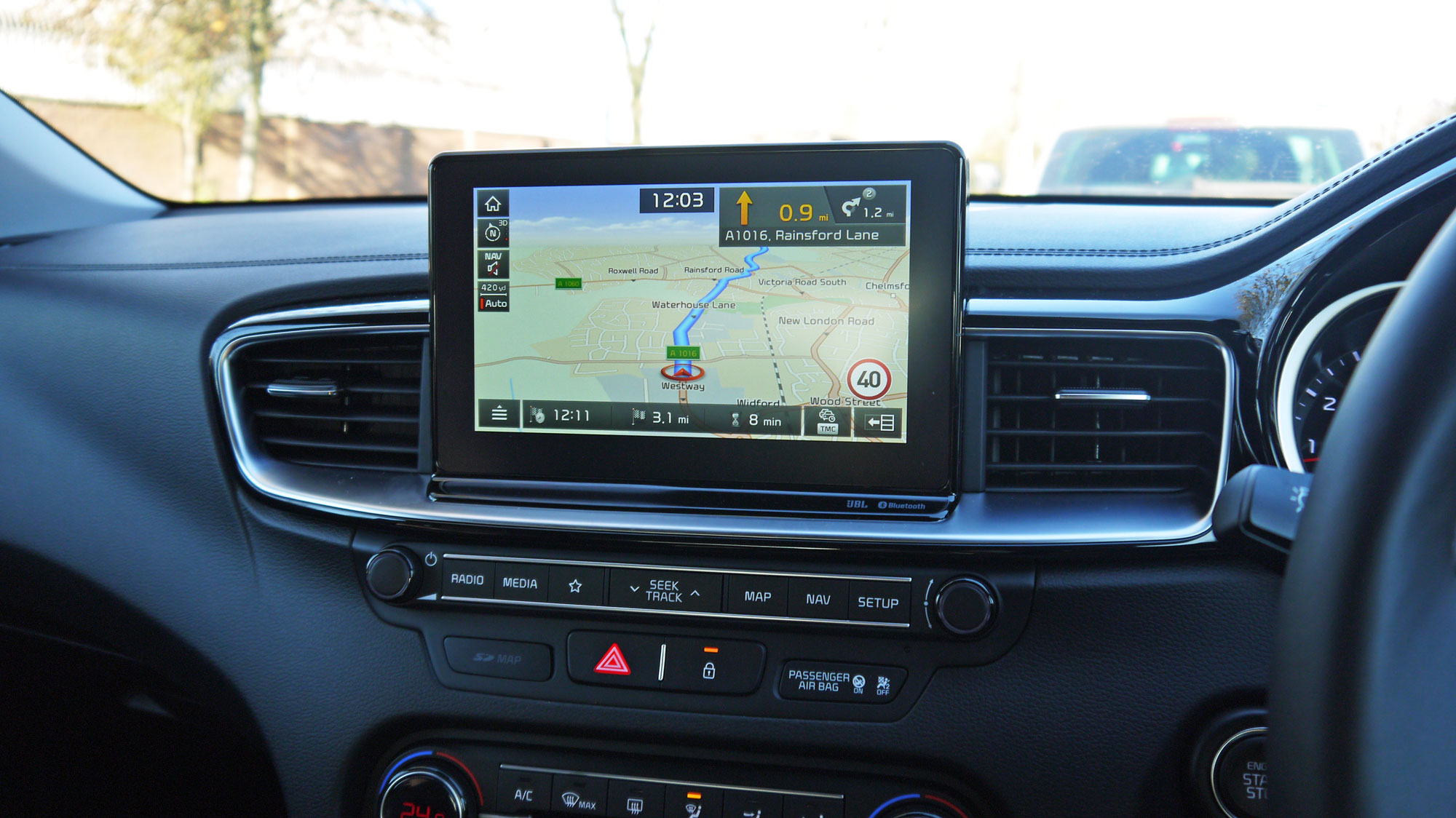 It was a shame, as the quality and responsiveness of the screen would have made using Android Auto an enjoyable experience, in conjunction with the handy steering wheel controls. If Kia can sort out the support we’re sure it’ll be a solid feature.

Kia’s own navigation system worked well, and the traffic updates (via TomTom’s system) were accurate. The one small niggle we had was that some more complex junctions in the centre of London weren’t displayed as clearly as on rival systems, but overall it’s one of the better manufacturer navs.

One feature we really enjoyed using was the wireless charging pad, which allowed us to top up our Pixel 3 without having to plug it in (two USB ports are provided below the pad if your phone doesn’t support wireless charging). 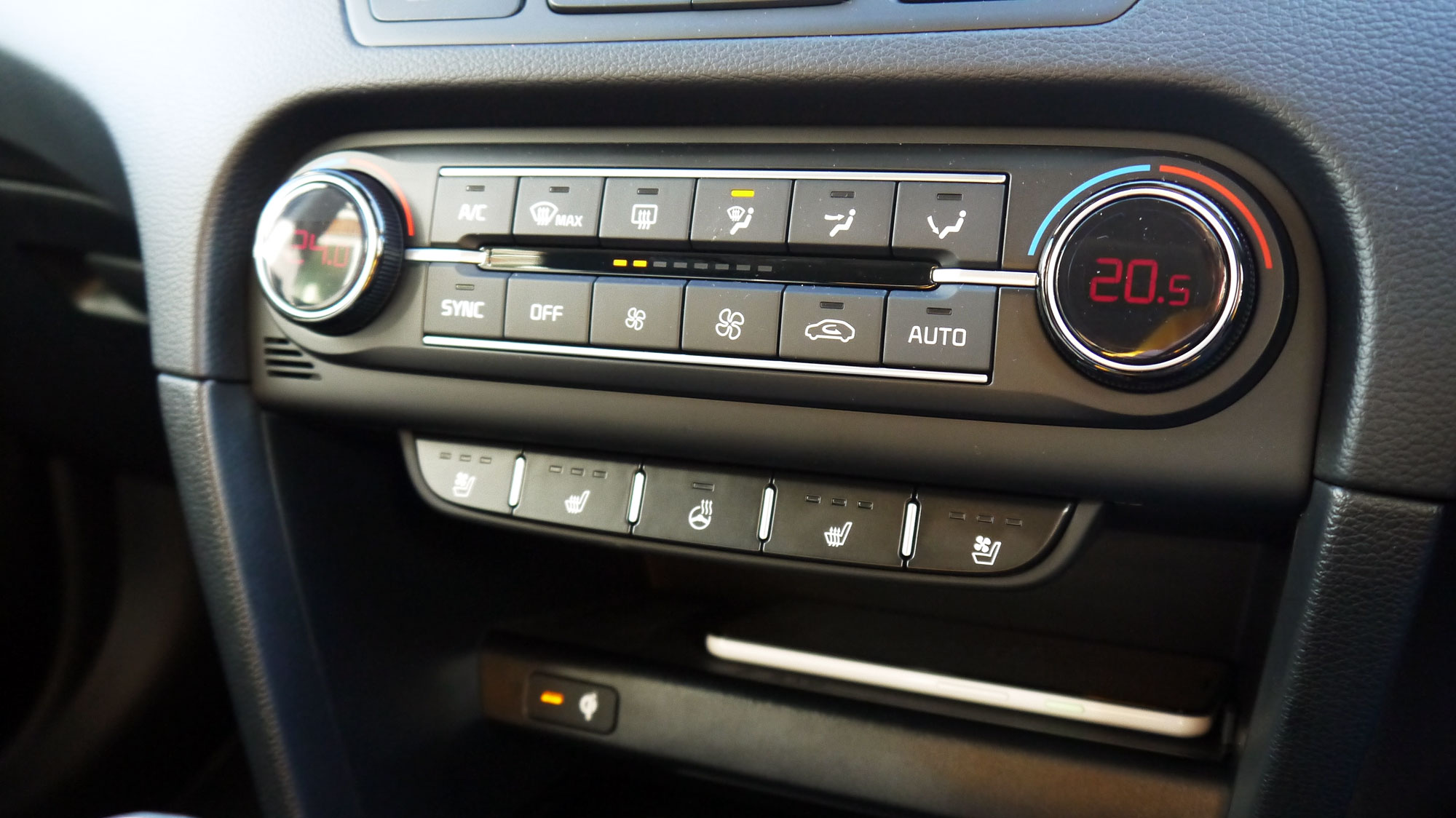 Getting the wireless charger to work wasn’t straightforward though. It has to be enabled, but the setting for this can’t be found on the main display – we had to dig out the physical manual from the glove box to learn that the option was hidden in a sub-menu of the 4.2-inch colour display in the instrument cluster.

Once we knew where to look, enabling the pad was easy, but Kia would be wise to make this option easier to find on future models.

The infotainment setup is extensive, and very respectable for a car with a relatively modest price tag, but even more impressive are the driving aids that also come with the new Ceed.

Cruise control is easy to set, while parking sensors and a rear reversing camera make manoeuvring in tight spots simpler and safer.

There’s also lane guidance, which not only alerts you if you’re straying out of your lane, but will also gently tug at the wheel to get you back in the centre.

This level of assistance is common in premium vehicles, but less so in more affordable options, so it’s great to see it in play here, and working well.

The 4.2-inch cluster display also provides a wide variety of information, from navigation directs to fuel economy, trip details and speed limits – and it’s all easily accessed via the on-wheel buttons.

The Kia Ceed First Edition is a car that’s perfect for tech fans, providing plenty of controls and functionality to make your journey not only comfortable and enjoyable, but also safer and less taxing.

You don’t get quite the same array of tech on the cheaper Ceed models, but they still offer a decent level of features, and at prices that won’t break the bank.