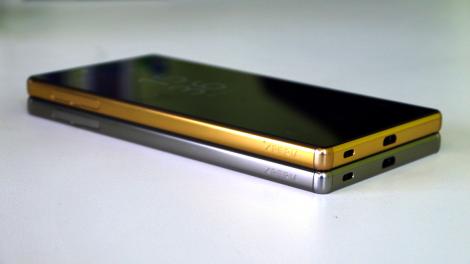 Come on, you’re only here for one reason: to see whether a phone really needs a 4K screen, or whether it’s just one of the world’s top producers of Ultra HD TVs is using the technology to create a splash on its smartphones.

Of course it’s the latter. There’s very little reason to stick a display on a phone that packs that many pixels in (3840 x 2160, if you must know) as there’s no content out there which can truly do justice to the sharpness.

Yes, you can see your photos and recorded 4K video on there without compromise, and I would agree that’s a great thing if the current QHD phone screens we’ve got are somehow unimpressive.

But the LG G4 and Samsung Galaxy S6 range are already pushing the limit of what we need in terms of pixel count – it’s hard to give one reason why what Sony has done here is a good thing.

But look beneath the dazzling 4K stat and you’ll find a phone that’s actually rather impressive – it might be very expensive when it launches, but it has a lot to offer.

The first addition to the smartphone mix from Sony is the new mirrored backs on the phones – the Sony Xperia Z5 Premium range have the same metal rim as the normal Z5, with the engraved Xperia logo and nylon corners to protect against drops, but also a range of materials on the rear.

The chrome / silver version is the most curious – I can’t work out if a properly mirrored phone is classy or the equivalent of a Premier League footballer deciding to buy a chrome Bentley. It’s either awesome or gaudy, depending on your standpoint.

It’s odd that not all the phone colours have the same appearance – the gold option is a lot more frosty and in line with the regular Z5 phones, but still looks and feels premium.

Despite having a 5.5-inch screen, the Sony Xperia Z5 Premium doesn’t feel like a phablet in the hand. Sure, it’s got a larger display that’s on the tricky side to operate with one hand, but it doesn’t feel as big as an iPhone 6S Plus when trying to manipulate the screen.

The larger size also helps offset the slightly boxy nature of the design, and everything seems to fit in the hand well. Don’t get me wrong here, this is still a larger phone and you’ll have to want the power the 5.5-inch screen brings, but it’s definitely more compact than I was expecting.

Let’s dive a little more into that screen – does it really add much? Sony believes so – the 806dpi sharpness is just unprecedented in a phone, so there has to be something there for the brand to add in the tech.

Especially as it decried the current trend for QHD screens as unnecessary recently – Sony really needs to prove there’s a need for all those extra pixels.

In normal use, I couldn’t see the evidence of the extra sharpness though. In the same way as I was slightly nonplussed when looking at the LG G3 last year, the need for such a high res screen escapes me. And I say that with a heavy heart – I love it when new technology comes out and makes me really lust after the performance offered, but here there’s nothing to get excited about.

It would be OK if QHD screens – or even the Full HD options – were somehow flawed or offering a poor experience, but they’re not. We’re looking at stunning displays all over phone shops these days, nothing like the grainy displays of only a few years ago.

There’s no 4K content for smartphones at the moment (obviously) and even watching the onboard 4K videos Sony had loaded on wasn’t that impressive… if the parent brand can’t impress, then it has problems.

Sony’s kept all the top-end technology from the Xperia Z5 phone on the larger Premium model, and that’s an amazing thing – the 23MP camera is one of the key selling points here. It’s got a 0.03s autofocus, which means no matter what you throw the phone at you’ll get a decent snap.

It really has to be seen to be believed, as even whirling the phone around and trying to take random snaps resulted in clear and clean pics. There are questions over whether the performance can be replicated in terms of varying light levels, but Sony was hugely confident in its presentation that it was going to have a market leading experience for a cameraphone.

The battery life of the Sony Xperia Z5 Premium is always going to be under scrutiny, given there’s a 4K screen to be powering along. The brand has tried to alleviate this problem by adding in a 3430mAh battery – and as such, it reckons that a two day battery life (like that seen on the Z5) is possible here.

That seems a lofty claim indeed, but if it can use the new technology its created (where the CPU is shut off when the screen is showing a static image) then it can cut battery use down by half on a power thirsty function, which would help enormously.

I doubt Sony can manage two days using this screen, but it sounds like it won’t be a terrible experience.

The other new tech Sony has thrown into the mix is the fingerprint scanner, a lozenge-shaped button on the side of the phone which allows you to instantly unlock the phone with a tap.

I wasn’t able to try this out on the demo units (as it would have locked them to my digits) but the demos we saw were hugely impressive, with barely any lag between pressing the button to wake the phone from sleep and it being ready for use.

With Android Pay on the way, this biometric authentication is going to be necessary for contactless payment, so adding it in now is a smart move from Sony, especially when many rivals have a decent system in place already.

The Sony Xperia Z5 Premium is just that, a premium phone in a market of ‘me-too’ handsets. Everything from the build to the components on board is high end, and while I can’t see a need for the 4K screen it will at least be a reason for somebody to want to play with the new Sony phone.

Add into that PS4 Remote Play (which is going to look great on the high-res screen) and the Hi-Res audio, coupled with the fact this is a water and dust proof phone, and you can see that Sony has gone all out here.

That’s not to say it’s going to be a winner – the price is likely to make you wince, the battery life needs to be thoroughly checked out and the design is still based on the same principles as phones from years ago – but there’s a lot here to be impressed with from Sony, and it’s going to be interesting to see the reaction.