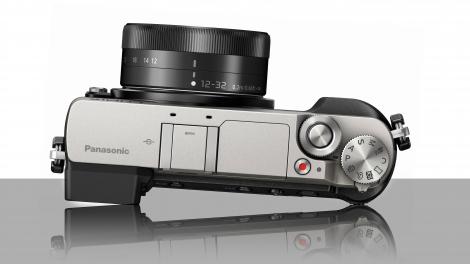 One of the main complaints levelled at the high-end Panasonic GX8 is that it’s a bit on the big side for a camera with a Four Thirds type sensor. Well the GX80 introduced below it in the company’s flat-style range of cameras is set to address that by offering a smaller alternative. The downside of course is that it doesn’t offer the same range of direct controls on the top-plate, but there is still a mode dial so you can switch quickly between the options.

Interestingly, or perhaps disappointingly, Panasonic hasn’t opted for a 20Mp sensor like the GX8’s for the GX80 and instead has gone for a 16Mp device. However, unlike all the other 16Mp sensors in Panasonic’s previous compact system cameras the GX80’s sensor doesn’t have an anti-aliasing (or low-pass) filter.

The benefit of omitting a filter is that images have a little more detail and look sharper without the need to apply lots of sharpening digitally, so they can look more natural. The downside is that they may be prone to moire patterning, the interference that can occur when photographing fine repeating patterns.

However, Panasonic has given the GX80 a tweaked version of the processing engine inside the GX8 and tailored it to deal with moire patterning. Panasonic claims that the new sensor and processing engine enable around a 10% increase in detail resolution compared with a camera with a filtered sensor.

Although it sits below the GX8 in the Panasonic camera line-up, the GX80 has an improved dual stabilisation system which works across 5 axis (5 in-camera and 2 in-lens) that works in both stills and video mode. The ability for the sensor-based system to work in harmony with lens based stabilisation is particularly important with telephoto lenses because it affords much greater range of compensation.

Panasonic is claiming it’s the best system on the market. That’s a bold claim because there are some good ones around, especially from Olympus and Sony.

Panasonic has also opted for an electromagnetic shutter drive rather than its usual spring drives. Although this limits the maximum shutter speed to 1/4000sec rather than the 1/8000sec possible with the GX8’s mechanical shutter, it is quieter and produces 90% less vibration, which should result in sharper images. If 1/4000sec isn’t fast enough, there’s also an electronic shutter that enables shutter speeds up to 1/16000sec.

It’s good to see that Panasonic hasn’t abandoned a viewfinder in an effort to shrink the size of the GX80 – it has 2,764,000-dot device built-in. In addition, there’s a 3-inch 1,040,000-dot screen that can be tilted up through 90 degrees and down through 45. The protruding viewfinder prevents the screen from tipping right up for shooting selfies, but I’m fine with that decision, I know which I’d rather have.

Naturally for a Panasonic camera, the GX80 is capable of shooting 4K (3840×2160) video at 30,25 or 24p in MP4 format as well as Full HD (1920×1080) video in AVCHD or MP4 format. In addition Panasonic 4K Photo modes are present to help capture fleeting moments at 30 frames per second and extract 8Mp stills. The new Post Focus mode, which allows you to select the focus point after shooting, is also on hand and there’s the new Light Composition mode that appeared in the Panasonic TZ100 to enable better shots in low light conditions.

In addition to Panasonic’s usual range of Photo Styles the GX80 debuts L Monochrome, which produces higher contrast, punchier images than the standard Monochrome Style which is a simple desaturation.

As soon as you pick up the GX80 you can tell that Panasonic has gone for a quality build rather than a lightweight and plasticky approach. It may be small, but it is quite dense and solid-feeling. The shallow front grip and rear thum bridge also provide sufficient hold so that it feels comfortable in your hand. Both the mode and adjustment dials on the top-plate are made from metal with high quality knurled edges to make them easier to use with a stroke of your thumb.

Underneath the mode dial is the power switch which sticks out towards the back of the camera. This seemed a little small and fiddly at first, but it didn’t take me long to start wondering what I had been worried about.

On the back of the camera there’s a smattering of small buttons, including the usual collection of four dedicated to menu and setting navigation. First impressions suggest they are relatively easy to locate with your thumb without looking and they are responsive to being pressed. I suspect that many will find the small grey font that denotes their function rather hard to see however.

The screen on the back of the camera feels well connected via the tilting hinge that holds it firmly in place. It also shows plenty of detail with nice contrast. In brighter conditions, however, it’s likely to require the brightness to be turned up to blast out reflections.

As we have come to expect, the screen is very responsive to touch and it’s nice to be able to use it to make main menu and Quick menu selection as well as adjust settings and set AF point.

The viewfinder also provides a good view, although it’s a fairly small unit so you may find yourself peering in at first.

It’s good to see a button dedicated to accessing the 4K Photo options, and this was something missing from the GX8. These are modes that you are likely to want to dip in and out of quickly, so it’s good to have speedy access. And if you decide you don’t want to use 4K Photo mode you can always customise the button to access something else.

Those lamenting the lack of a direct exposure compensation dial may be cheered to know that this feature is within easy reach via the depressible dial above the thumbrest on the back of the camera. By default, depressing this gives access to exposure compensation which can then be adjusted by rotating the dial.

It’s early days with the GX80. We were lucky enough to get a production sample just before the announcement but we need to shoot with it for a few days before we can give chapter and verse on its handling. So far so good though.

Early indications are that the GX80 produces high quality images that look a little more natural than those we have seen from some other Panasonic cameras. This is the impact of the reduced sharpening required as a result of omitting the low-pass filter. However, we need to shoot in a range of conditions and study lots of images of fine detail before we can pass verdict on its ability to avoid moire patterning or not.

Panasonic’s autofocus, white balance and metering systems have all impressed in the past and I see nothing so far to suggest that the GX80 will not follow suit. The focusing appears to be fast and accurate even in quite low light and so far I haven’t been surprised by the need to use exposure compensation when I wouldn’t expect to.

While is disappointing that Panasonic has gone for a 16Mp sensor rather than a 20Mp device, it’s interesting that the company has gone for the filterless approach. I wonder if this is something that will be rolled out more widely across the camera range?

It may lack the tilting viewfinder, vari-angle screen and exposure compensation dial of the GX8, but the GX80 is much more compact with everything within easy reach either via a dial, button or a quick tap on the screen. It could make it a popular, more affordable alternative.

Although we have received a full production sample of the Panasonic GX80, we haven’t had time to put it through our lab tests or shoot with it properly yet. Our full review is under way and will be published here in the near future.