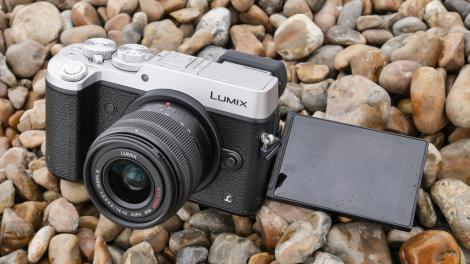 With G, GM, GF, GH and GX lines, Panasonic’s G series of compact system cameras can get a little confusing. The GX models have a flatter, more rectangular shape than the SLR-like G and GH ranges, and they’re more advanced than the GF and GM cameras. The latest introduction, the GX8, is an upgrade from the very successful GX7, which continues in the line for the foreseeable future.

Naturally, Panasonic is hoping the GX8 will be as popular with enthusiast photographers as the GX7 was, and it makes a good start by featuring the company’s first Four Thirds type sensor, with a pixel count over 16 million. In fact it has an effective pixel count of 20.3 million, and Panasonic claims this enables the camera to produce the highest image quality from any G-series camera, beating both the flagship GH4 and the recently released G7.

To compliment the 25% increase in pixel count, which Panasonic claims brings a 15% improvement in detail resolution as well as better signal to noise ratio and dynamic range, the GX8 has a new processing engine. However this is new to the GX line rather than to the G-series, and it’s the same engine as in the GH4 and G7. This enables a native sensitivity range of ISO 200-25,600, with an expansion setting of ISO 100.

There’s also a new 2,360,000-dot OLED electronic viewfinder (EVF) which is much bigger than we’ve seen on previous Micro Four Thirds cameras. It offers 1.54x magnification, which is equivalent to 0.77x in 35mm format – the same as the Fuji X-T1. Panasonic claims there’s less fringing and blurring in its finder than Fuji’s. As on the GX7, the GX8’s EVF can be tilted up for easier viewing from above.

In a change from the GX7, the GX8 has an OLED screen with 1,040,000 dots. Also, rather than being mounted on a tiltable bracket, it has a vari-angle hinge, which makes portrait and landscape-orientated image composition easier at high or low angles. As you’d expect from Panasonic, the screen is touch-sensitive.

Being a Panasonic camera, the GX8 can record 4K videos (as well as Full-HD), and has 4K Photo mode with three shooting options: 4K Burst Shooting, 4K Burst (Start/Stop) and 4K Pre-burst, which are designed to record footage from which 8Mp still images can be extracted. In 4K Burst Shooting mode the camera records 4K footage for as long as the shutter release is held down, and in 4K Burst (Start/Stop) mode recording is started with a press of the shutter release and is stopped by a second press. In 4K Pre-burst mode the camera starts scanning as soon as the mode is activated, but only the 30 images immediately before and after the shutter button is pressed are recorded, giving 60 shots in total.

In addition to these three modes, a new focus-shifting 4K Photo mode will be introduced with a firmware upgrade. In this mode the camera shoots a sequence of 10 images at 30fps, each with a different focus distance – you can then select where you want the focus to be post-capture. It’s possible that Panasonic may also create a focus-stacking option to enable the creation of images that are sharp from front to back.

As with the G7, the 4K Photo modes can be used when shooting in program, aperture priority, shutter priority and manual exposure mode, so it’s possible to take full control over exposure if you want. However, if you want full-resolution images rather than 8Mp files, the continuous shooting rate tops out at 8fps (frames per second) in single-AF mode (focus is set at the start of the shoot) or 6fps in continuous-AF mode.

Images can be shared directly from the GX8 using the built-in Wi-Fi system, which can show a QR code for making the first time connection to avoid you having to enter a password. There’s also NFC (near field communication) technology for making fast connections to NFC-enabled devices.

As mentioned, the GX8 has a flatter, more rectangular shape than the G7 and GH4. Its magnesium alloy body gives it a higher-quality feel than the G7, and it’s also splash- and dust-proof, so it can be used in more inclement conditions than the G7. The new camera is also noticeably larger than the GX7 in every dimension, but it looks a little cleaner and has a more pronounced grip.

Like the GX7, the GX8 has a dual-dial control system, but the GX8’s dials are bigger and/or easier to reach. The front dial, for instance, which surrounds the shutter release, is easier to reach because the shutter button has been moved forwards to the top of the grip, while the rear dial is larger, and located on the top plate within striking distance of the thumb rest.

Like the GX7, the GX8 has a mode dial on the top plate for selecting the exposure mode, but this has now shifted from the far right towards the middle, and it sits above a new exposure compensation dial that has settings running from -3EV to +3EV in 1/3EV steps. As well as making it very quick and easy to adjust exposure, having a dedicated dial enables you to check the setting even before the camera is turned on.

After shooting for several days with the Panasonic G7, I found that I missed its drive mode dial on the GX8. Amongst other things, on the G7 this offers a quick way of switching between single shooting, continuous shooting and 4K Photo mode – while 4K Photo mode is useful for shooting developing action, it only generates 8Mp JPEGs, which have to be extracted from the video footage (stills can be extracted from the footage in Photoshop or Lightroom, but it’s also easy to do when reviewing shots in-camera), so there’s good reason to want to switch back to 20Mp raw file shooting quickly.

On the GX8 the various shooting options are accessed via the drive mode button, which reveals the options on-screen or via the Quick Menu or one of the Function buttons. By default there’s an on-screen function button to access 4K Photo mode, but this didn’t seem to work properly on the pre-production sample I was using. It’s also possible to customise a physical button to reach the options quicker.

Having a vari-angle screen is a big improvement on a tilting unit – it’s much more versatile, enabling you to compose low- or high-level shots in landscape or portrait format, and to make the most of the facility to adjust settings using the touch screen.

The new electronic viewfinder (EVF) is also a step up, providing a clear view with no visible texture or noise. In addition, the refresh rate seems high, and I was able to follow the movement of body boarders and surfers as they zipped along some stormy waves.

There’s also a sensor which activates the EVF and turns off the screen when the camera is held to your eye. As usual this can be a pain when you’re adjusting settings or manipulating the camera into position, but there’s a handy button that can be used to override the sensor and keep the screen on even if the camera is close to your eye.

I’ve only spent a couple of hours shooting with a pre-production sample of the GX8, but I was able to get to grips with it very quickly and it’s an enjoyable camera to use. The build is reassuring, most of the controls are easy to find and the camera responds quickly to adjustments, whether it’s a tap on the screen or a press of a button. It’s helpful that the Quick Menu is customisable, but it would be nice if there was a customisable main menu screen as well.

So far I’ve only shot with a pre-production sample of the GX8, and we’re only allowed to publish images after their resolution has been reduced to 8 million pixels. However, I’m impressed with the quality of the images I’ve taken so far. There’s no software available to convert raw files into a viewable format yet, but the JPEGs I shot have lots of detail, even at ISO 3200, and noise is controlled very well, with no smudging.

Further good news is that when shooting at an effective focal length of 46mm with a non-stabilised lens, I was able to capture consistently sharp images (at 100%) when using a shutter speed of 1/10 sec or faster, and I even had a few shots that were sharp at 1/8 sec – that’s pretty good going.

Panasonic’s general purpose Multi metering system has impressed me in the past, and this continues with the system in the GX8. There were a few occasions when I needed to use the exposure compensation dial during my shoot, but none of these were situations in which I wouldn’t expect to. The conditions during much of the shoot were heavily overcast, which can cause real problems for some metering systems, but the GX8’s coped well, producing good exposures on most occasions.

I shot exclusively with the white balance system set to automatic and in the Standard Photo Style, and the camera produced very good results with natural hues that are well saturated. Even the results shot in the mixed lighting of an amusement arcade look good.

Panasonic claims that the DFD (Depth from Defocus) autofocusing technology, first seen in the GH4, has a response time of 0.07 seconds in the GX8, and that there’s a 200% improvement in AF tracking performance. I’ll need to shoot quite a bit more to investigate this fully, but the GX8 seems able to keep pace with moving subjects pretty well. It even managed to keep up with the movement of surfers when shooting in 4K Photo mode.

Panasonic has been using a 16Mp sensor for a long time, so the jump up to 20Mp is a major step, and seems to have increased detail resolution. Naturally we’ll have to test a full production sample thoroughly and put it through our lab tests before we know for certain, but it looks like Panasonic has also managed to keep noise levels down.

While it is possible to make A3 prints from 8Mp files, many photographers will feel uncomfortable buying a 20Mp camera and shooting at this lower resolution, even if it is at 30fps; however, it brings considerable satisfaction when you realise that you’ve caught a fleeting moment. It’ll be interesting to see how Panasonic implements the focus-shifting option.

The GX8 has the type of build and control arrangement that will appeal to enthusiast photographers. Given its higher pixel count, better viewfinder and high-quality vari-angle screen it could prove more popular with this market than the recently released G7. The downside, however, is the price, which at £1,069 (approximately US$1,645/AU$2,235) without a lens seems quite steep.