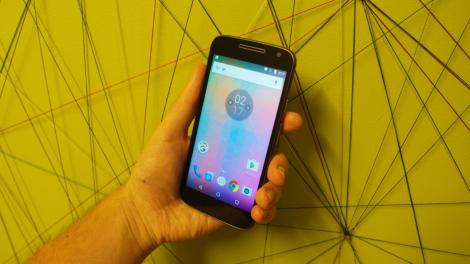 The Moto G4 Play just wants to have some fun. It isn’t necessarily the most skilled at any one thing, but it’s hard to look away from a deal this good.

Sitting at the bottom of the G4 totem pole in terms of specs, the G4 Play is generally lacking in marquee features compared to the Moto G4 and Moto G4 Plus.

But does that make it a bad phone? Nope, just one that’s definitely not for everyone. Still, going for as low as $99 price point, everyone can afford this unlocked smartphone. At that, it sits at the top of the G-series in terms of value.

Months after the Moto G4 and Moto G4 Plus hit shelves across the globe, it’s now time for the G4 Play.

This budget smartphone will be available online at Best Buy, B&H, and on Motorola’s own site for $149 (£129, AU$249). It can also be purchased through Amazon for the same price, or a discounted rate of $99 in the US, which will come pre-loaded with ads on the lockscreen.

Verizon will be offering the Moto G4 Play on a prepaid plan, but regardless of where you buy it, it will work with all major US carriers.

Although this phone is targeted towards those on a budget, you wouldn’t guess it just by looks alone. The Moto G4 Play looks a lot like the Moto G4, even down to the ruggedized plastic back and rounded edges. But it also takes design cues from high-end phones in the Moto family.

A few examples are the silver trimmed speaker, the deep grey trim and textured power button that are found on higher-end models like the Moto Z. Obviously, cheaper build materials are used here, but the effect is in full-force.

In terms of features, you’ll find your usual suspects on the G4 Play, like a 3.5mm headphone jack, front and rear-facing cameras, and a microUSB port for charging. What you won’t find are some slightly more big-ticket inclusions, like Gorilla Glass, a fingerprint reader, or a charge input with any sort of quick-charging technology built-in.

The 720p display has a pixel density of 294ppi (pixels per inch). While that’s by no means impressive compared to many QHD (2,560 x 1,440) Android smartphones, it totally does the job for this smaller, much more affordable device.

By the look of the Moto G4 Play, it strives to provide the essentials and not much more. And its specs tell a similar story.

Stocked with a Snapdragon 410 quad-core processor and the Adreno 306, it’s the same system on a chip (SoC) that can be found in modern Android Wear smartwatches. The Moto G4 Play also comes with 2GB RAM and 16GB of onboard storage, with the option for expansion available thanks to the microSD slot.

Using the Moto G4 Play feels relatively snappy for a device at this price point, which is partially a testament to Moto’s only slight modification to the stock Android experience. There are a few touches inserted into the mix, but most of them are good, like the Moto Display function, which shows you pertinent notifications when your hand hovers over the phone.

It should be mentioned that the G4 Play isn’t a gaming powerhouse. One of our favorites games as of late, Giant Boulder of Death, runs smoothly, but the game more or less relies on a gyroscope, a part that this phone doesn’t have. Many smartphone games rely on tilt functionality, but you won’t be able to enjoy them on this phone unless they support alternate control schemes.

This aside, Moto’s G4 Play should provide a generally passable experience whether you’re watching a movie or playing the occasional game.

Focusing on a few other features, the Moto G4 Play features a 2,800mAh removable battery, which rests under the plastic back. It shares the rear with an 8MP sensor that has an aperture of f/2.2. If you want to shoot video, this phone can record in 1080p at 30 frames per second (FPS). Over on the front, the selfie camera is 5MP and also has an aperture of f/2.2. Again, nothing too eye-opening here, but the essentials are on the table.

We look forward to digging into some deeper testing with the Moto G4 Play, including photo samples and battery impressions.

The Moto G4 Play, like the other G-series phones, operates with a value-first mindset. If you’re looking for the most phone for the least amount of money, you’ll have a hard time finding a better deal than this.

While it’s easy to think that this phone is missing some key features, it’s not. That’s why the Moto G4 Play is so cheap. The Moto G4 Plus, for an extra $100, packs in the fingerprint sensor, bump up in screen resolution and a Snapdragon 617. If those specs don’t matter much to you, Moto’s low-end G4 phone might be just what you need.