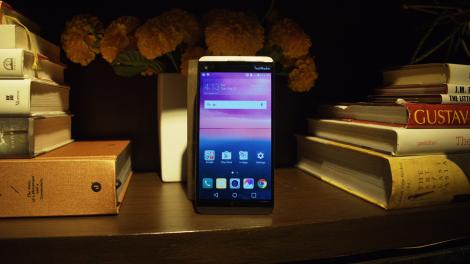 The LG V10 is a proverbial Frankenstein of a smartphone. It’s the only phone around with two screens, three cameras and an abundance of other awesome hardware features. That is, until the LG V20 came around.

You’ll be happy to know that the new V20 is just as ambitious as its predecessor, and is packed with exciting specs. Only this time, LG’s latest fantastical creation has exchanged its rugged appearance for a dapper set of clothes.

The LG V20 still offers the drop-friendly qualities of its predecessor, but ditches the divisive design in favor of a refined look. Its signature second screen is back, too, with more options for customization than before.

For those looking for a capable smartphone, the V20 offers things that the others don’t. Where else can you get a phone with a removable battery, four DACs, multiple wide-angle camera lenses and two screens?

The LG V20 has all this, and then adds some new goodies to the mix, all of which makes this phone even harder to turn away from.

The LG V20 was launched today at an LG event, during which we’re sure to find out the proper release date around the globe. We’d expect the phone to be available no later than late September.

LG shared with TechRadar that carriers will come forward shortly after the phone’s debut with pricing, though we’re hoping that an unlocked version will also be made available as a choice alongside the subsidized options.

From a distance, the LG V20 doesn’t look all too different from the vast selection of flagship-quality Android smartphones out there. But, as tech enthusiasts know, it’s the minute details that work to set a product apart from the rest. And this phone has a lot of them.

The V20 boasts a military-grade build and is made up of a removable aluminum back panel that yields a smooth look and feel (that’s right: swappable batteries in 2016!). Like Sony’s Xperia X, LG has once again combined the fingerprint sensor and power button into one. We didn’t have a chance to log a fingerprint to check the sensor’s responsiveness, but the power button feels tactile to press and is easy to reach.

As far as color options go, the V20 comes in titan (as seen in this hands-on review,) silver and pink options. And just because LG got rid of the V10’s textured back doesn’t mean it’s any less resilient to drops. The top and bottom areas of the phone are made of silicon polycarbonate, a tough material that LG is confident can take more than a few blows.

You won’t find much on the phone’s top, other than two microphones that capture 24 bit rate audio at 48kHz – a mighty impressive feature for a smartphone and a testament to its knack for audiophilia.

On its bottom, you’ll find this year’s hottest smartphone commodity, the 3.5mm headphone jack, featured alongside a USB-C charge port and bottom-firing speaker. Moto Z and iPhone 7 are going to be jealous. It’s volume buttons sit slightly recessed into its side and are distinguishable enough without having to hunt for them.

At first glance, the LG V20’s screen is just as stunning to face head-on as the one found in the V10. Its 5.7-inch Gorilla Glass 4-covered screen is still pushing a 2,560 x 1,400 (QHD) resolution with a pixel density of 515 pixel per inch (ppi,) and the smaller 2.1-inch second screen stretches the total display to 5.9-inches.

Why didn’t LG opt for Gorilla Glass 5, as seen in the Samsung Galaxy Note 7? No reason in particular was given, but LG stated that it made it a little thicker than normal to ensure its durability, and perhaps to compensate for disappointment.

Oddly, the chin area of the bezel is just about the same size as it was in the V10, but more of it is glass this time, which offers nothing in the way of capacitive button hardware. In an effort to validate its existence, you could say that they empty space is used to create a visual balance with the top of the phone.

In case you’re unfamiliar, the LG V20 and its predecessor are in a class of their own: phones that have two displays. The main display operates as you’d expect, but the second screen is reserved for notifications, quickly launching into apps, and extra bits of information, like the time and date. You can also toggle quick settings here, and customize the default signature to be a little more personal than the default one, which plainly reads “V20.”

Improvements over the second sliver of screen found in the V10 are minor, but welcomed, and include brighter visibility at 68 nits (up from 35), as well as support for longer, scrolling marquee signatures. The V10 topped out at 14 horizontally-scrolling characters, but you can do 24 here.

Being the first phone with Android Nougat pre-installed, multi-window is the perfect compliment to the second screen. Now, you’ll be able to get even more work tasks done, or just be more efficient in getting more fun stuff done. Whatever the case, it seems like a gimmick, but it’s truly handy to have a dedicated place to view essential info without popping out of an app.

The LG V20 is a design departure in more ways than one from the LG V10, and it has received a shake-up in terms of its spec sheet, too.

Its chipset has been upgraded from the Snapdragon 808 to the Snapdragon 820, bringing the Adreno 530 along with it for the graphical duties. Just like we saw with the V10, the V20 runs with 4GB RAM, a future-proof count which should keep things running smoothly well into the next generation of mobile games and applications. Some more good news is the added support for the Vulkan API, which will bring console-quality graphics to mobile.

Each V20 comes with 64GB of onboard storage as well as a microSD slot for additional storage. In terms of connectivity, you have the latest Wi-Fi AC protocol supported out of the box. There’s also Bluetooth v4.2, NFC and, as previously stated, USB Type-C.

There was a bit of confusion during our press briefing to see the V20, as we were told that it only supports USB 2.0. However, one of LG’s product planners told us that it supports near-USB 3.0 speeds. But because it will not ship with a USB 3.0-compatible cable, LG isn’t allowed to state that it supports the much faster cable type. We’ll be sure to clarify this for the full review.

In addition to the more traditional specs, the V20 boasts a few that other competitors don’t even try to compete with. For example, LG’s latest packs in not one, not two, but four digital-to-analog converters powered by the ESS Sabre ES9218.

According to LG, these work together to essentially eliminate all white noise created as a by-product of the conversion process. Additionally, the V20 can play the popular lossless codecs, like FLAC and DSD, as well as Apple’s own proprietary ones, AIFF and ALAC.

Just as it can play hi-res files, it can record in high fidelity, too. The V20 can record audio in the LPCM format, which is uncompressed, 24-bit audio at a 48Hz sampling rate. The three microphones featured around the phone offer a higher than usual acoustic overload point (AOP,) meaning that even blaringly loud events, like concerts, will sound clear and not like a trip through hell when you listen to it the next day. The V10’s AOP threshold topped out at about 120dB, but the V20 can withstand 132dB before becoming distorted.

The LG V20 is the first Android smartphone outside of Google’s family of Nexus devices to receive Android Nougat. As such, the multi-window feature, as well as the improved Doze functionality for battery life savings will be available out of the box.

This phone runs with the same UX5.0 software found on the LG G5, and just as the modular phone came under fire for at launch, the V20 doesn’t come with the app drawer switched on by default. We’ll have to wait and see if LG will let users bring back the app drawer easily, but if all else fails, installing the Google Now launcher should be an easy, if temporary, fix.

We didn’t have much time to dig in too much within the Nougat-y experience, but it’s more or less just as it is on a Nexus 6P: fast, with a relatively unobtrusive interface from LG. As for Google Daydream VR compatibility, LG told us that it is being investigated.

Although the camera software is essentially the same (read: excellent) as you’ll find in other recent LG phones, the hardware, on the other hand, has evolved.

On the front, there’s a single 5MP lens, with an impressive F1.9 aperture, an improvement from the V10’s F2.2 front-facing camera. It is able to capture normal and wide-angled (120-degree) images in case you want to include a group of friends in a selfie or squeeze in an impressive vista.

If you’re someone who likes to shoot video, LG has you covered with 4K and 1080p video recording support. Additionally, LG has improved its Steady Record feature that it debuted in the V10. Steady Record 2.0, as it is being called, utilizes gyroscope-based electrical image stabilization and digital image stabilization. The science of the technique is far less important than the result, which appears to be incredibly smooth, even with the V20 being shaken during the recording.

LG has also made improvements to its laser detection auto-focus to fine-tune its operation for low-light shooting. The rear lens also takes advantage of phase detection and contrast auto-focus techniques to ensure that the video is clear and consistently so, though we haven’t had a chance to test these features in depth.

We took a few photos below with each rear-facing camera to show the differences between the capture modes, but we look forward to taking even more pictures for the full review.

In terms of battery life, the LG V20 comes with a 3,200mAh battery, which is a smidge bigger than the one found in the V10 and the LG G4. While the effectiveness of Nougat’s enhanced Doze mode remains to be seen, this phone could last for some time. LG stated that the V20 will last 20% longer than the V10, so our expectations are high.

It’s also equipped with QuickCharge 3.0 support, a technology that resurrects phones from the dead in a matter of minutes. We’ll provide in depth findings on battery drain and charge rates in our full review.

The LG V20 is a phablet-sized smartphone with ambitious features, just like its predecessor. Once again, the biggest selling point is that it proudly strays far from convention with a unique dual camera system on both the front and back, includes a removable battery inside and launches with Android Nougat before any other non-Nexus phone.

We look forward to spending more time with LG’s latest creation to see how it all comes together. But, even after a short hands-on session, things are looking promising for the two-faced, three-eyed Frankenstein redux.