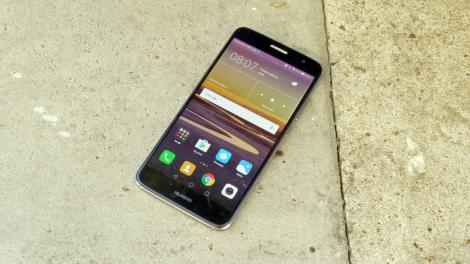 When a brand tells you its new phone is the ‘perfect Saturday night device’ it’s a lofty claim indeed.

However, despite the fact the product manager tasked with showing off the Huawei Nova claimed it would be ‘normal’ to switch between three phones in a week, there’s more than a sliver of truth in the above statement.

The Huawei Nova (there’s also a slightly larger Huawei Nova+) is a very capable device, aimed at the more affordable mid-tier – so while it’s not going to be cheap enough for you to buy one and ‘just see if you like it’, it’s definitely got enough going for it to make you wonder whether you need to spend hundreds on a flagship device.

The main thing the Nova lacks compared to a flagship is innovation – no dual cameras or super battery capacity here; instead Huawei takes some of the experience the brand has gained from its recent forays into higher-end phones and puts it to good use.

(In case you’re wondering: Nova is the new name for the Huawei mid-range phone brand, taking over from the G series – despite the spokespeople not overtly confirming that. And yes, it does somewhat cannibalise the phones from the Honor sub-brand, which have similar specs and prices).

The phone will be available to buy later this month, with the Huawei Nova release date set for week commencing September 26 – so you if you fancy this handset you won’t have long to wait.

The main thing that comes across when using the Huawei Nova is that you’re holding a very refined phone. It’s got metallic rims and rear, and gently curved glass folding into the sides of the handset.

The buttons on the side have been well machined to feel more premium than the (likely) price tag would have you believe, with the power button easy to reach and operate when holding the phone in one hand – and it’s only 7mm thin.

That doesn’t come across instantly when you’re holding the Huawei Nova in your hand, possibly due to the chamfered edges, but it’s certainly smooth in the palm.

The 5-inch display is stretched right across the phone, and while it’s not curved into the chassis (not a surprise given the cost here) it really does minimise the bezel and allow a larger screen to fit comfortably in the palm.

Sadly it’s only Full HD, but there are also some clever elements in here that we’re used to on higher-end phones: a blue light filter and ultra-dark mode, meaning you can see the display when your partner is in bed sleeping next to you without waking them up.

Again, this is nothing revolutionary, but it’s good to see such features trickling down to more affordable handsets. USB-C, however, is a jump forward, meaning you’ve got a lot more data capability rolling into the phone – and if USB-C headphones take off, an option for that too.

There’s also a powerful fingerprint sensor on the back, capable of gesture support and requiring a real finger to make it work (meaning images to spoof it just won’t be any good).

In terms of power, it’s in that slightly strange zone: there’s 3GB of RAM, which means the 12MP camera will be able to pump through pictures well. The aperture of f/2.2 is okay, if nothing special, but at least you’ll be able to keep snapping at speed.

(There’s also an 8MP selfie snapper on the front which curiously has a better f/2.0 aperture, meaning you’ll get better low-light photos when you’re in the picture too).

The Snapdragon 625 packs an octacore CPU clocked at 2GHz, which a couple of years ago would have been among the fastest out there – however, it’s a step below the current flagships.

However, the assumption would be that the average buyer of a mid-range phone like this would care less about raw power to process video, and more about battery life – and there, Huawei is claiming the Nova can last about 30% longer than the Snapdragon 615, and offer 40% more grunt.

That said, loading a game on the sister Huawei Nova+ (the same phone with a larger screen and bigger battery) was a slow process – while the phone isn’t quite optimised for sale, that’s not something you want to see at this point.

The battery capacity is probably the most impressive part of the phone: in a chassis this small, finding the space to cram in a 3020mAh capacity power pack – that’s larger than the one in the Samsung Galaxy S7, which has a larger screen – is no mean feat.

The Huawei Nova is a phone that’s designed for those who just want a competent device for not much cash, but without skimping too much on decent features.

While we need to delve more thoroughly into it, the speed on offer and battery life could be really decent for the price – the camera we’re less sure about, as Huawei still hasn’t nailed the snapping experience at the top end, but there are some decent manual modes to play with at least.

Will the Nova be a smash hit for Huawei? That depends to some extent on how heavily it’s marketed – but the early signs certainly seem good.