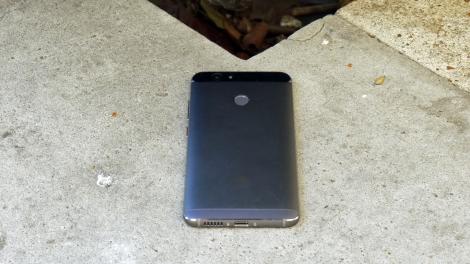 It’s always weird when a brand brings out a ‘plus’ variant of a phone – it feels like a tacit acknowledgement that it likes what Apple did with the iPhone 6 Plus. But when said variant is filled with a decent tech upgrade for a lower price, it’s forgivable.

The Huawei Nova+ is essentially the same phone as the Huawei Nova – if you’re interested in the spec list, or just the overall design quality, please pop along to our hands-on Huawei Nova review to get all the details laid out splendidly for you.

But while the Nova+ shares a LOT of the same traits as that phone, it’s not entirely similar – so let’s take a look and see where the upgrades lie for the bigger handset.

Like the Nova, the larger variant has a surprisingly high price for a handset like this. The initial price has been set at €499 (around £420 / $550 / AU$740) – given it’s got a mid-range chipset in there, we were expecting something a little cheaper.

If you’re still interested and like the sound of what’s below then the Huawei Nova+ release date has been set as week commencing 26 September this year – so not long to wait!

The main difference, design-wise, between the Nova+ and the normal Nova is the larger screen – it sticks with Full HD, but pushes the size up to 5.5 inches, with the same curved glass exterior.

On the rear there’s the same fingerprint scanner, but it’s a little harder to reach on this phone if you’ve got small hands – which is understandable given that this is a phablet, rather than a more pocketable phone.

The camera is the other big change on offer, and that’s where a lot more technology has been packed in. It’s got a 16MP sensor with optical image stabilisation – so low-light shots are going to be a lot cleaner, as the camera will be able to use longer shutter speeds to let in more light, thanks to the tiny motors on board keeping things steady.

The battery is bigger too, taking advantage of the larger chassis size – this is boosted to 3340mAh, which means 2.2 days usage (according to Huawei, which called the performance ‘leading’ in this segment of the market).

Available in silver, grey or gold, the Huawei Nova+ is, like the Huawei Nova, a very competent device – and if the price isn’t too extravagant it could be a top budget choice.

However, there are some issues with the speed of the mid-range processor in our early testing, which causes a slight flicker of worry – but then these aren’t retail-ready models, so performance could very well be optimised by the time they hit the stores.

The Huawei Nova+ seems to be a capable phablet – it just remains to be seen how well it performs in our full review.