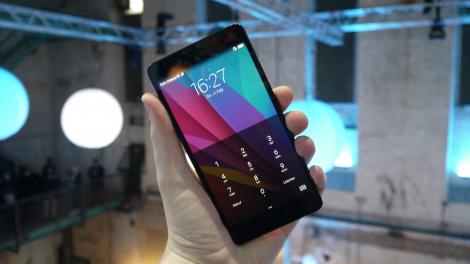 The Honor 5X has had a strange launch to say the least, something the Chinese manufacturer isn’t unused to. It was announced back in October 2015, released in some Asian markets the follwoing month, and then shown off again at CES 2016 in Las Vegas for its US release.

Honor has managed to make a great looking phone, channeling elements of its parent company Huawei and its Mate 8 phablet. It has a similar design language, but comes with a smaller screen in the form of a 5.5-inch, 1080p panel.

That equals 408ppi – and it looks just as good as the Mate 8 display, proving it’s not all about 2K.

The screen is vibrant, and flicking through the colourful Emotion UI 3.1 brings out exactly what that screen can do.

But the most the Honor 5X takes from the Huawei Mate 8 is its design. The brushed aluminium feel is out in full force and it’s a case of if it isn’t broke, don’t fix it.

It looks like a premium, quality phone as soon as you pick it up. It feels like it has that weight you expect when you pick up a high-end phone, and though some are looking for the lightest phone money can buy, that’s unlikely to be a phablet lovers prerogative.

Honor’s marketing speech highlights the Honor 5X is inspired by the famous Guggenheim museum in Spain. I don’t really see how that has affected the end product here apart from it being made of metal – but all you need to know is edges are rounder than before and the metal finish looks and feels great.

The Honor 5X comes with 16GB of storage, which is a little disappointing. You can expand that up to 128GB with the use of a microSD card, but it’s just not the same as having it ready and waiting on the phone.

The US version of the Honor 5X hosted a Qualcomm Snapdragon 615 processor, but the European model has a snappier Snapdragon 616 processor squeezed in at what seems to be the last moment before release. And on top of that you also get 2GB of RAM.

Camera wise I didn’t get much time to test it out – but the results I have seen look promising. On the back is a 13MP camera and on the front is a 5MP selfie shooter.

That front facing camera is quite a surprise considering most Chinese manufacturers are jumping up to the heights of 8MP on the front to catch your selfies. But from a quick look around on the phone, this seems to look as good as you’ll need it to.

There’s a fingerprint sensor on the back of the phone, in the traditional Huawei way, and it works surprisingly well. I only got a few moments to play around with it but the claim it unlocks in 0.5seconds does seem to be accurate.

Honor has added in a new feature here which will open up different apps depending on which finger you use to unlock the 5X with. It sounds like a smart idea to use your index finger on your left hand for music and your pointer on your right to open up the messaging app.

Honor won’t let up on the skins over its Android software though. Emotion UI 3.1 is in full force here, and I’m a little disappointed as the update to 4 – which was on the Mate 8 – has brought about improvements. Some won’t mind it though, and it’s something those who aren’t fussed will grow to like in time.

Inside is a 3000mAh battery, which for a phablet sounds rather small. I haven’t had time to test that out properly though so we shouldn’t judge it just yet. Wait for our full review to get a verdict on that.

This is a phone to watch out for. When you consider the price of the Honor 5X compared to some other phablets out on the market it’s hard to argue this isn’t a great choice.

It may not be to everyone’s taste, but if you’re looking for a cheaper phablet with premium specs then the Honor 5X will certainly fit the bill.