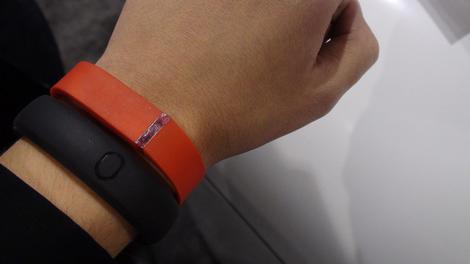 The Fitbit Flex was announced at CES 2013, and anyone who has been tracking the company’s health-focused activity trackers knows that this is its first wristband device.

Because the Fitbit Flex is wearable on the wrist it makes it more convenient than its clip-on-your-clothes predecessors, the Fitbit One and Fitbit Ultra.

It remedies everyone’s habit of losing the device in their jeans pocket (and subsequently washing them) thanks to a comfortable wristband.

Everything else works the same in this 24/7 device. It tracks steps taken, calories burned, distance traveled, active minutes, hours slept, and quality of sleep. 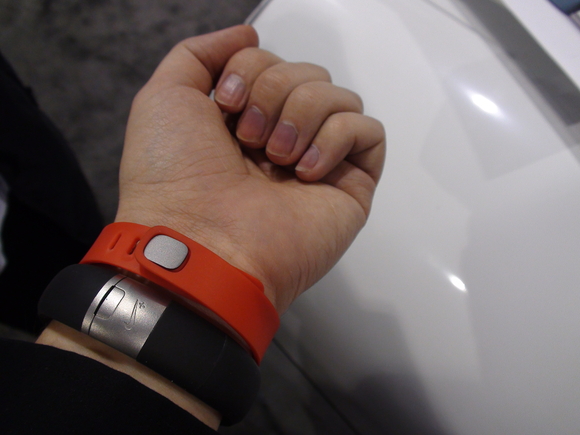 The rubber wristband is lightweight, more so than the Nike Fuelband. The actual tracking hardware is about two-thirds the size of a Fitbit One and discretely slides inside the band out of sight.

The band itself isn’t as discrete. It resembles a kid’s rubber wristwatch and, to that point, it has several notches on its underside for a proper fit.

Fitbit estimates that the Flex will last five to seven days before it needs to be recharged.

The Fitbit Flex has five LED indicator lights on the top of the wristband that represent 20 per cent of your steps goal for the day.

That’s more data than the display-less Jawbone Up, but it’s not as informative when locked onto the wrist as the Nike Fuelband and the Fitbit One.

For more detailed real-time readings, the Flex has to sync to a computer or iOS device via low-powered Bluetooth 4.0.

The advantage goes to the Fitbit Flex when it comes to connecting to mobile devices and tracking sleep.

In addition to iOS support, Fitbit finally made one of its trackers compatible with some Android smartphones. So far this includes the Samsung Galaxy S3 and Note II.

And while Fitbit One and Ultra were able to monitor sleeping habits, owners of the Flex aren’t going to have to pop the device into a separate nylon wristband. It already has the rubber one.

When the Fitbit Flex launches this spring, it will join the growing number of ways to keep healthy with smartphones.

Fitbit said that it expects the Fitbit Flex release date to be sometime in the spring – possibly April, but like the wristband the release date is flexible.

The company does have the Fitbit Flex price secured. It’ll be USD $99.95, which is actually the same price as the Fitbit One.