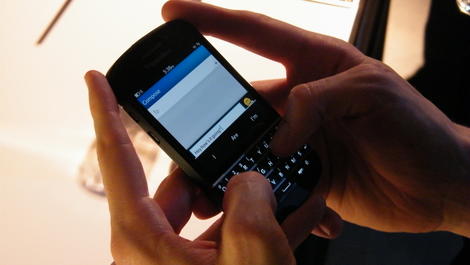 The BlackBerry Q10 is the second handset to come running the new BlackBerry 10 operating system, but it’s the first to offer a physical QWERTY keyboard alongside.

Although it was announced alongside the flagship, fully touchscreen BlackBerry Z10 the Q10 won’t go on sale at the same time.

BlackBerry told TechRadar that the BlackBerry Q10 will arrive six to eight weeks after the Z10 hits stores as the Canadian firm wants to concentrate its efforts initially on the handset which will have the widest appeal. 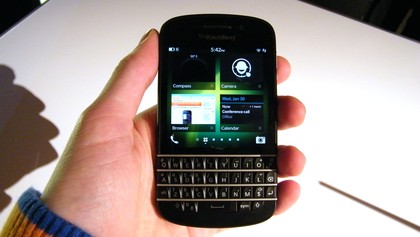 Indeed the Q10 won’t have the same appeal as the Z10, but there are still people out there who swear by a physical keyboard on their smartphone.

It’s certainly a much smaller market to aim at, but one which the BlackBerry Q10 has an excellent chance of succeeding in as the BlackBerry brand is synonymous for providing top quality QWERTY keyboards on its phones. 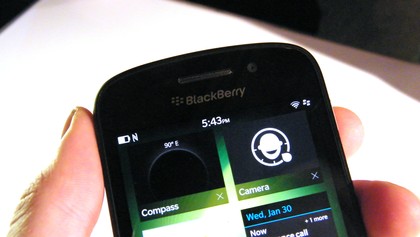 Currently there’s no firm BlackBerry Q10 release date or price, and even the specs are being kept under wraps for now as the handset isn’t completely finalised.

What’s immediately noticeable upon picking up the Q10 is the size of the display – it’s defiantly the biggest screen BlackBerry has put on a keyboard handset. 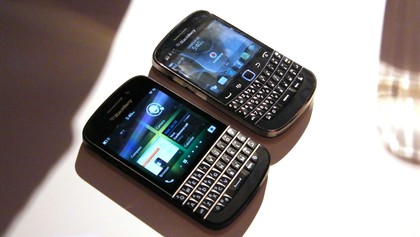 BlackBerry refused to give us the exact screen size and resolution, but sitting it side by side a BlackBerry Bold 9900 with a 2.8–inch display and you can plainly see the Q10 is bigger, and it’s expected to clock in at around 3.1-inches.

The display is much squarer on the BlackBerry Q10 than on previous BlackBery handsets which sported landscape screens above the keys. 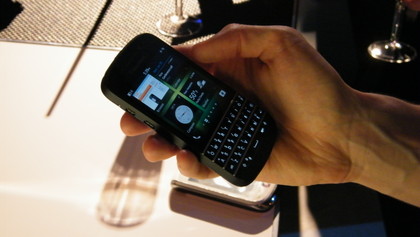 BlackBerry 10 looks crisp and clear on the screen of the Q10 and we reckon it has a similar pixel density to the 355ppi on the Z10.

A noticeable absence on the front of the BlackBerry Q10 is the menu keys and trackpad just below the screen, as BB10 is fully controlled via the touchscreen with the keyboard only coming into play when you need to tap out a message. 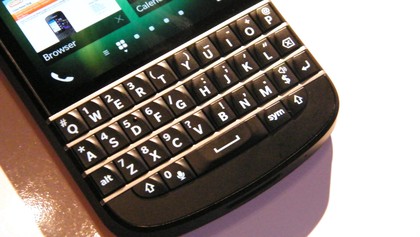 This puts an end to the tedious scrolling which plagued the BB OS7 handsets, with the tiny trackpad making moving down long lists a real chore.

Despite its larger dimensions the BlackBerry Q10 is well weighted, balancing nicely in the palm and not feeling top heavy when your hands are gripping the base of the handset as you use the keyboard – this reduces the fear of dropping the handset and that’s all good in our book. 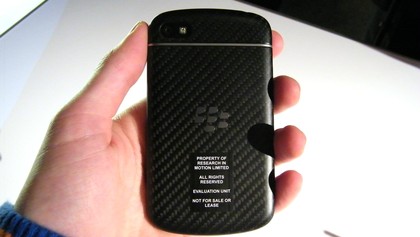 Round the back the Q10 is made of a sturdy and attractive material which BlackBerry is calling a "glass weave" and the edges are rounded making the handset fit snugly in the hand.

There’s a camera and single LED flash round on the back, while on the front of the BlackBerry Q10 there’s a front facing snapper – perfect for video calls especially since the launch of BBM Video. 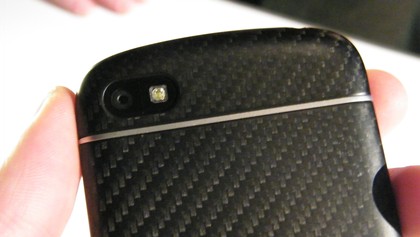 While the official specs of the cameras have not been revealed we wouldn’t be surprised if it was packing the same 8MP and 2MP combo found on the Z10.

On the right side of the Q10 the triple button setup is present with volume switches separated by a central key which can be used to play and pause tracks and launch the voice control app when held down. 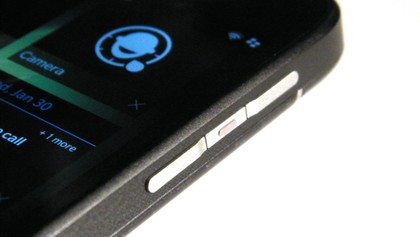 Up top you get a centralised power/lock key very similar in position and style to the Bold 9900, which is neighboured by a 3.5mm headphone jack.

BlackBerry is really pushing connectivity on its new BlackBerry 10 handsets and the Q10 is equipped with microUSB and miniHDMI ports on the left side, while under the hood there’s Wi-Fi, Bluetooth and NFC – plus we hope a microSD slot has made the cut as well. 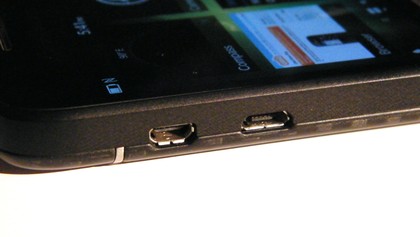 The BlackBerry 10 OS runs smoothly on the Q10 and we were able to breeze through applications without any issues.

"Peaking" at notifications was pretty simple thanks to the responsive touchscreen, but the slide-up motion from the bottom of the display didn’t always register as there’s not a lot of space for your finger to play between screen and keyboard. 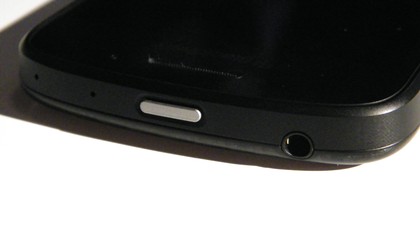 The BlackBerry Q10 we got hands on with was running a development build of BB 10 and from time to time you could tell as certain applications didn’t display properly on the square display, as the OS has been developed primarily for the longer screen of the Z10.

You can expect those display issues to be sorted before the BlackBerry Q10 goes on sale – we just hope app developers also adapt their offerings to utilise the squarer display.

We were able to test out the web browser on the BlackBerry Q10 which appeared to be in full working order and as impressively fast as the Z10 when loading both desktop and mobile sites. 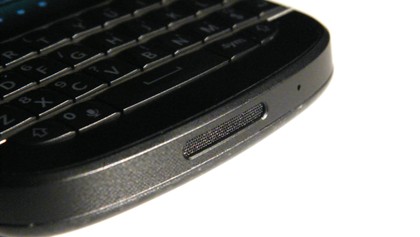 The camera app was also a snappy affair with rapid shutter speed and the clever Time Shift feature making it an intriguing proposition.

However the main reason, if not the only reason someone would purchase the BlackBerry Q10 is for its physical QWERTY keyboard, a feature which is very much love or hate for a lot of users. 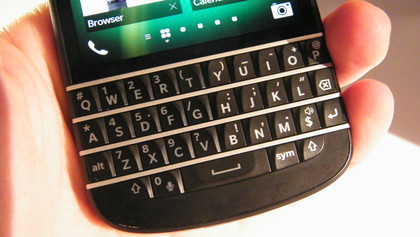 Each row of keys are separated by a silver fret which spaces out the buttons making it easier to type and letters themselves are all angled to different degrees to improve travel and speed.

The keyboard itself has grown in size which in our opinion is a good thing as we always found the tiny keys on the old BlackBerry handsets a bit too fiddly.

With the physical keyboard though you lose out on the typing smarts you get on the Z10, with next word prediction not available here meaning you’re left to your own character by character input method.

The BlackBerry Q10 will appeal to a few but likely be overlooked by many as the touchscreen era is now in full swing.

For those who simply can’t live without a full keyboard on their smartphone the Q10 is an enticing proposition with a decent size keyboard and larger touchscreen coupled with the new BlackBerry 10 OS making it a far more powerful and diverse handset.

BlackBerry is targeting a very exact market with the Q10 and we’re sure that market will be more than happy to receive this latest offering, but we don’t expect the BlackBerry Q10 to be making huge waves in the mainstream arena.