While Philips has gotten a headstart in the smart lightbulb game, GE has added to its own C by GE line of intelligent bulbs at CES 2019. The company has introduced new dimmer switches that smarten-up your dumb bulbs, color-changing smart lightbulbs of their own and accessories.

Coming in Q1 of this year are two new products: C-Start dimmer switches to connect to lights, one for $50 and another for $75 with built-in light and motion sensors to add triggers to brighten or dim them. There’s an additional simple on/off C-Start model coming in Q2 for $40 for users who want a more basic switch.

While all of these can synchronize with your C by GE bulbs via Bluetooth, you can also link these switches up with dumb bulbs and control them over WiFi. 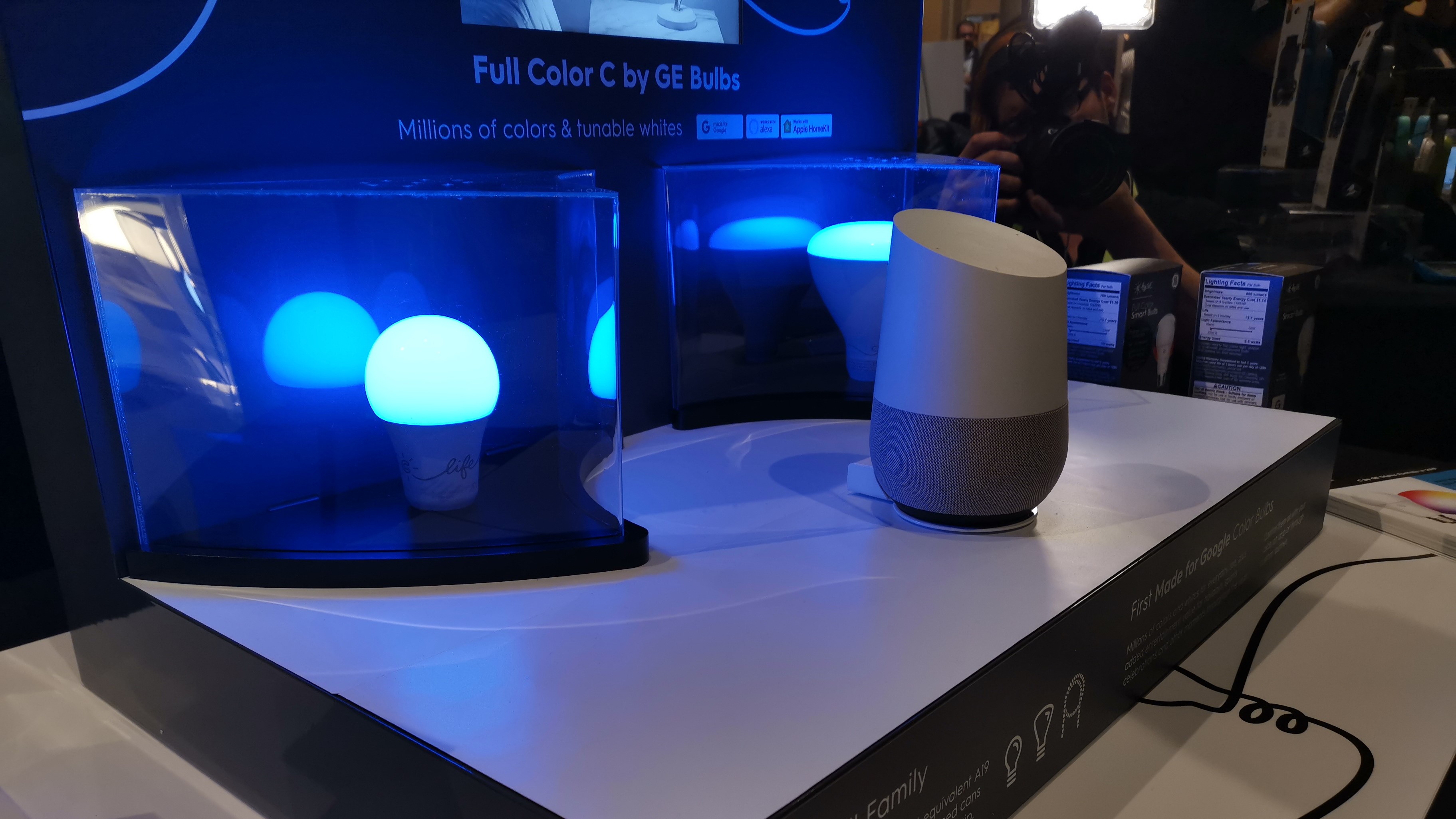 Your connected world, in color

GE Lighting’s new color-changing bulbs include the traditional A19 smart bulb, which retails for $40, a BR30 smart floodlight for $45 and a light string (for placing under your cabinets, for example) that will cost $75.

Since signing up for the Made For Google program, these and future GE Lighting products should be natively compatible with Google Assistant via the Google Home app, per CNET, meaning you won’t need a C-Reach hub to integrate it. The app will even handle the pairing process, after which you can control it within the mobile software.

Those who want to control via Amazon Alexa will need to buy one of the plug-in C-Reach hubs to inferace between bulbs and smart speaker, and will have to go use the C by GE app to initially pair your bulbs . An update coming later this year will add Apple Homekit to the mix, allowing iOS users to control their bulbs with Siri commands, though they’ll also have to go through the C-Reach workaround.

The last GE Lighting news is accessories. C by GE will introduce a smart wall plug by Q2 of this year for $25, while a battery-powered motion detector is coming in Q4 for a yet-to-be-disclosed price.