Stuff your open worlds and your battle royales – sometimes you just want to put on some studded leather gloves, dust off your New Rock boots and slice seven shades of sin off a demon with a bum for a face.

Devil May Cry 5, after months of teasing from director Hideaki Itsuno, was finally revealed during Microsoft’s press conference at E3 2018. A whole slew of trailers have followed since: here’s a playlist direct from Capcom that not only includes the latest Devil May Cry 5 trailers, but also some gameplay playthroughs too. Plenty to rest your eyes on here.

Devil May Cry 5 will release on March 8, 2019. The last Devil May Cry game, DmC: Devil May Cry, was released back in 2013, but being a reboot isn’t wholly considered part of the core series. In some respects then, this is the first ‘proper’ Devil May Cry release in over a decade, since 2008’s Devil May Cry 4.

The fifth core entry into the Devil May Cry series, DMC 5 introduces a new mystery man, ‘V’. He’s tasked returning heroes Dante and Nero with taking out a tremendous new enemy that threatens the world, and is laying waste to the London-like Red Grave City. The game opens with Dante being beaten to within an inch of his life, but giving Nero just enough time to escape. 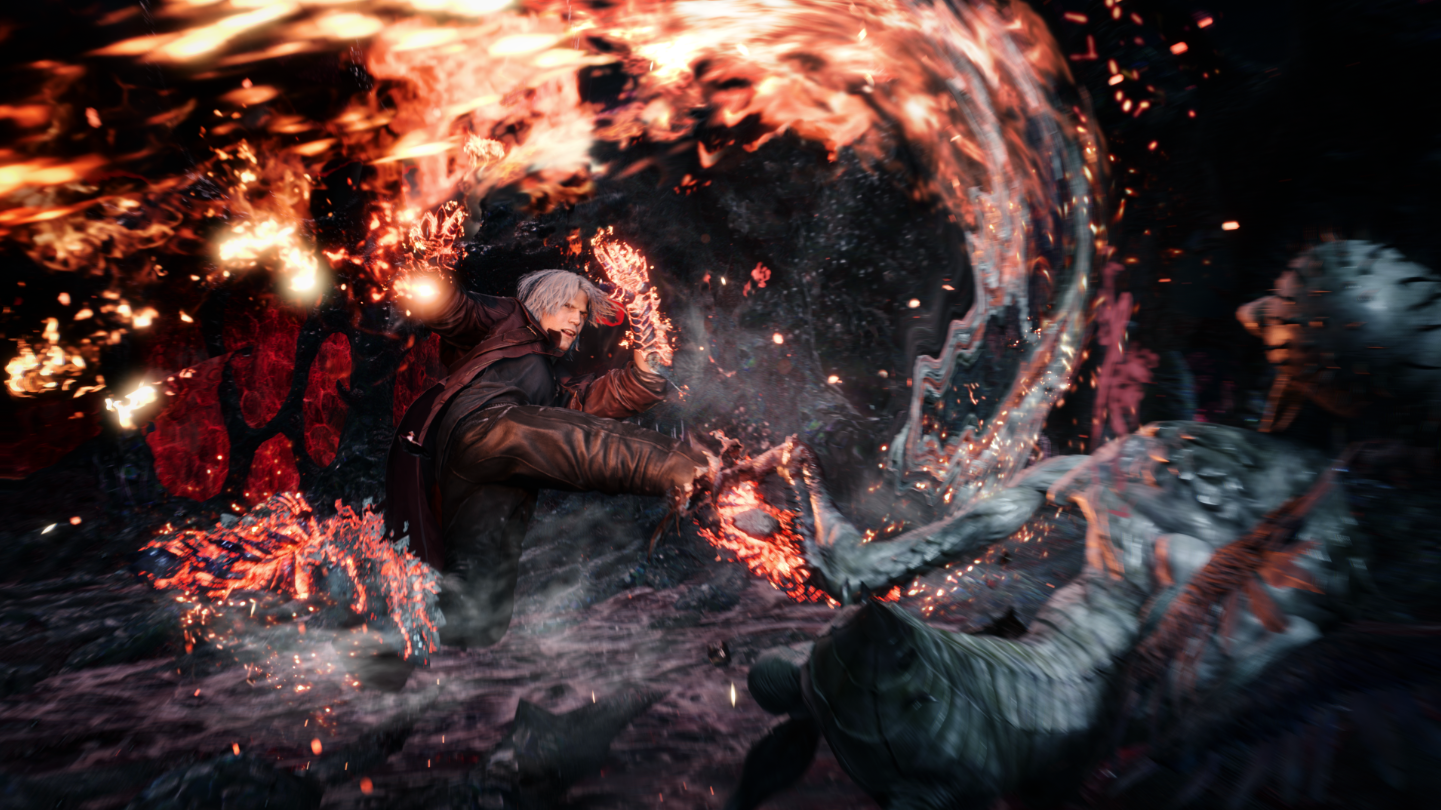 Fast-forward a month, and we’re with Nero, who’s working his way through Red Grave City one demon infestation at a time, working on monster-slaying contracts out of a camper van with his new buddy, the chain-smoking inventor Nico. Where the action will take us beyond that point remains a mystery, but you will get to play as Dante, Nero and V throughout the course of the adventure, with Nico acting as your upgrade repository.

Devil May Cry 5 gameplay and characters

If you’ve played a DmC game in the past, you’ll be familiar with its core loop of combo rushes and boss battles. Both Nero and Dante return, and again they’ll work through a library of close-combat, ranged and air-juggling attacks to smash through foes – not only progressing the story, but earning them improved rankings for each level, making the game as much a leaderboard chase as it is a narrative adventure. 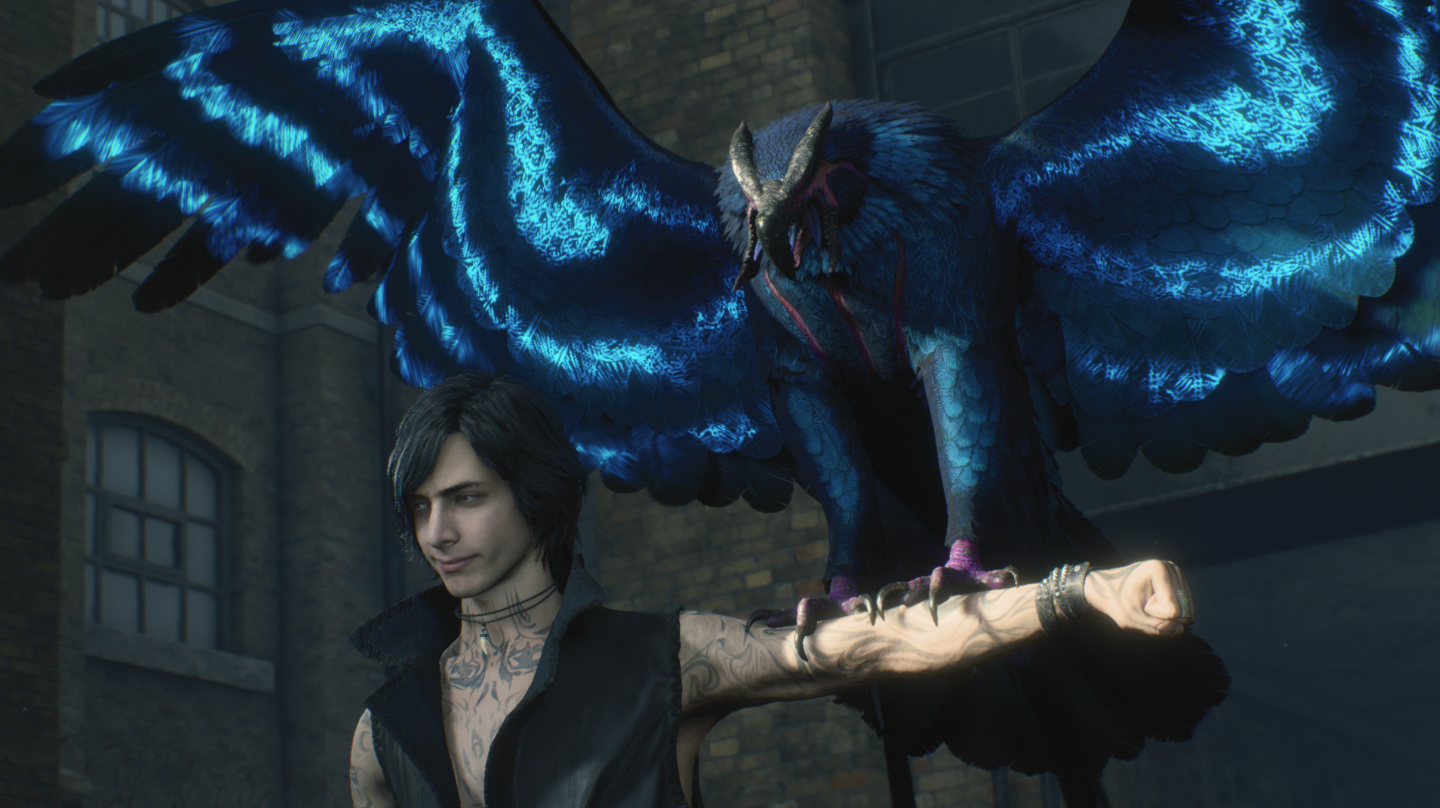 V, however, is an all-new take on combat in Devil May Cry. Looking something like Star Wars Kylo Ren if he’d been dragged through a My Chemical Romance mosh-pit, the tattooed and cane-wielding character doesn’t attack foes directly. Instead, he summons a ghostly panther to do close-combat attacks on his behalf, and a raven for ranged attacks. V is vulnerable up close, and only comes in to deliver finishing blows on baddies, recharging his pet’s powers by reading from a magical book. Build up enough power from battles and he can also summon a massive golem heavy character to take on tougher baddies, which V can ride to take direct control over.

It’s a very different approach to combat for Devil May Cry, making it far more about tactical planning than direct button-mashing prowess. Over the course of the game we can imagine V’s levels being a welcome change of pace.

Dante and Nero have some new tricks up their sleeves too though. Nero still has his Red Queen sword and Blue Rose revolver, but now has a new assortment of ‘Devil Breakers’ – robot arms to replace the one he lost earlier in the series. These can do everything from freezing enemies to dragging them in from a distance, as well as dropping devastating explosives. You can swap these out mid-mission too, giving you some tactical-load out options as you play. 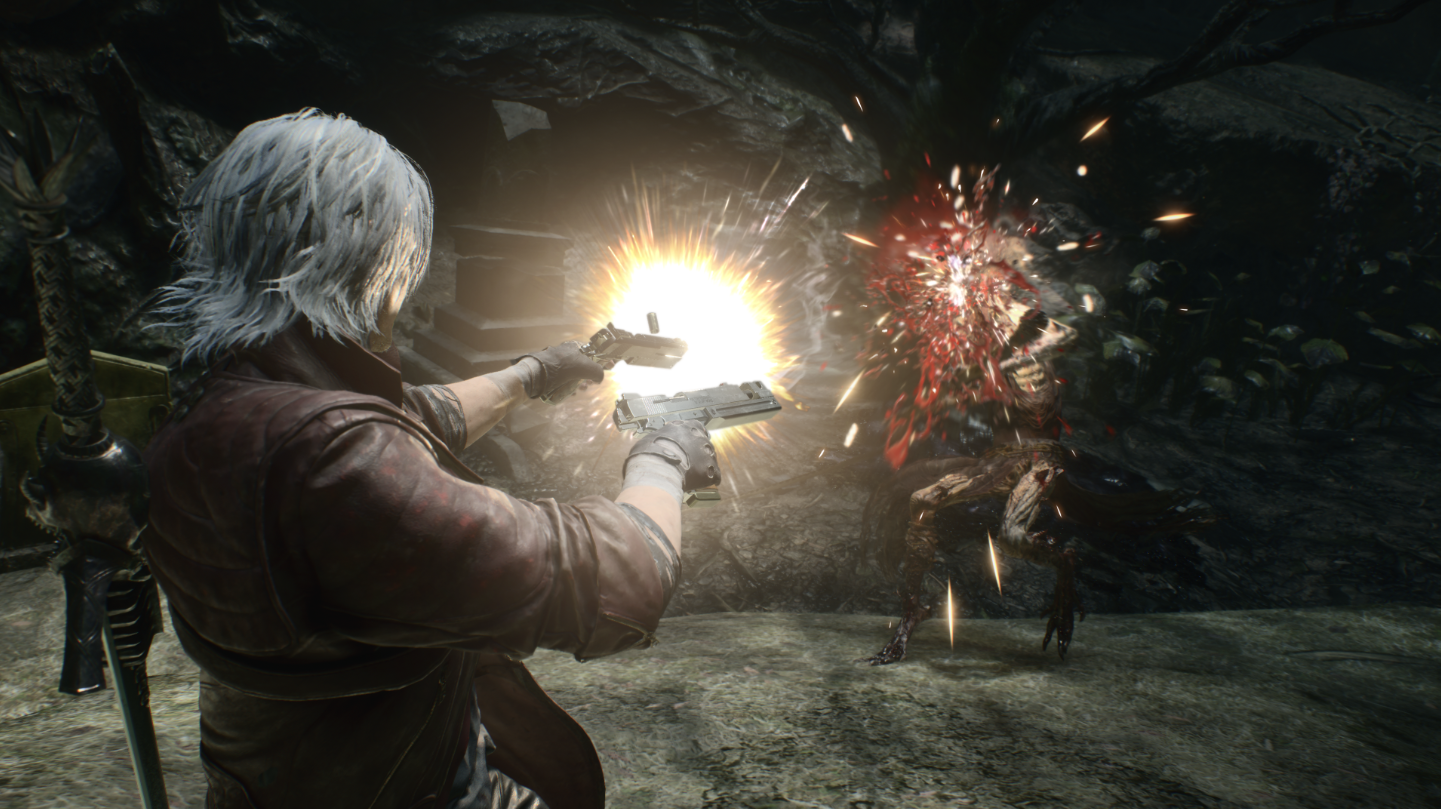 Dante has his familiar Rebellion and Sparda blades, but gets two new Devil Arms, a pair of weapons that look a bit like buzzsaws and can combine to become a motorcycle. His Swordmaster, Gunslinger, Trickster and Royalguard move sets from Devil May Cry 3 return – a point some fans consider the series at its best.

And so, when you throw in each characters’ individual branching upgrade paths, there’s plenty to sink your teeth into, as well as plenty of potential for replayability across multiple playthroughs. It’s going to be a wild, bloody ride.

Here’s an interesting addition to the series. DmC 5 has levels in which the characters you’re not currently controlling duke it out alongside you. Whereas many games would have this work with purely an AI companion, Capcom is introducing a kind of asynchronous ghost-mulitplayer option here. 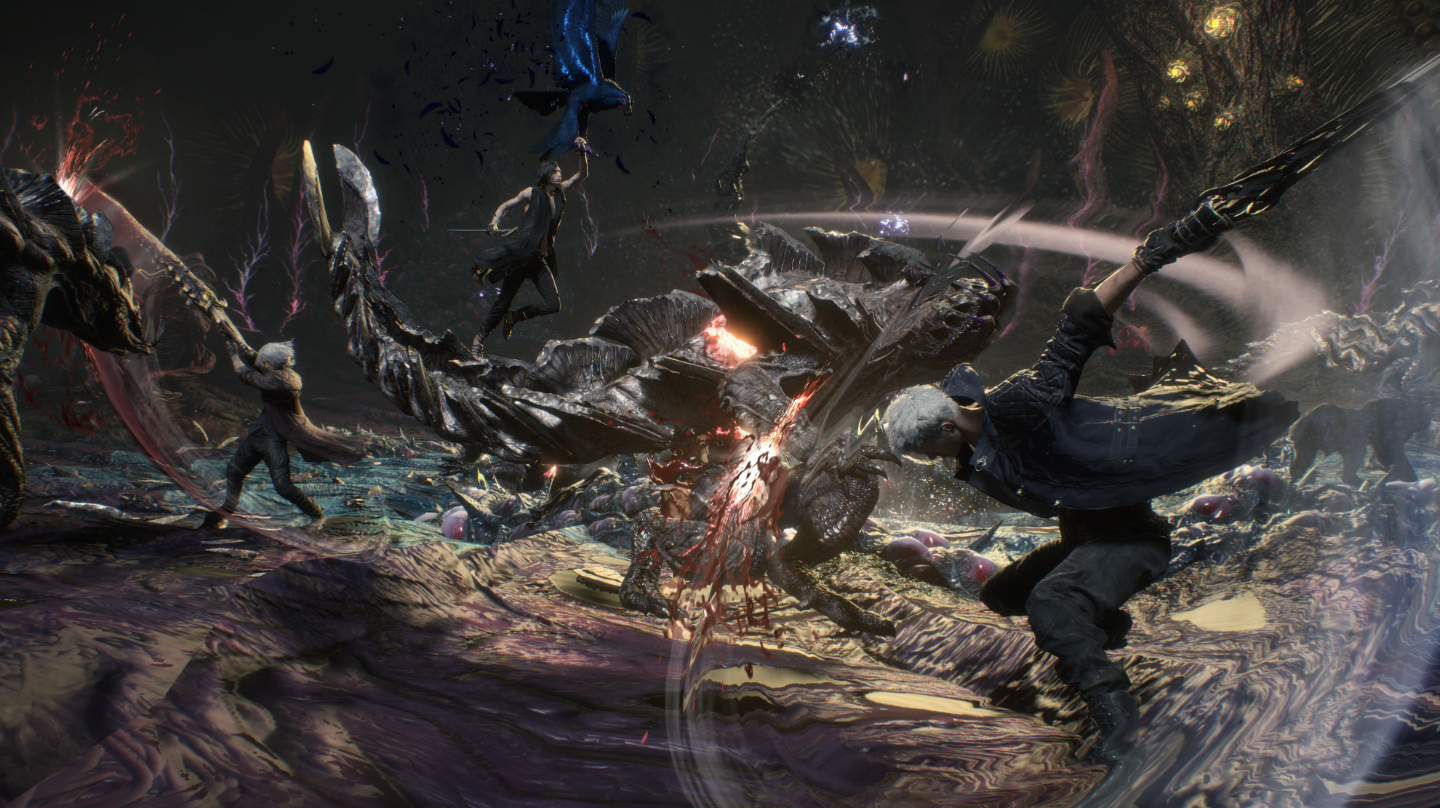 As you’re playing, you’ll get a note stating that the Cameo system has been triggered, and that one of the other characters, as previously controlled by another player, is battling through the level. We’ve yet to see this in action, and how much it will change the moment-to-moment gameplay remains to be seen. But adding a dash of community to what is otherwise a solitary gameplay experience sounds like an intriguing concept at the very least.

The game has courted some controversy over the decision to include in-game purchases. You’ll be able to spend real-world money to buy in-game orbs, used to upgrade the game’s characters. However, Capcom has stressed that this doesn’t affect the game’s natural progression system, and that players will not be penalised in any way for opting not to splash extra cash.

Put simply, it’ll just be a way for lazy gamers to speed through to some of the more extravagant upgrades that everyone else will naturally earn as they play, so be still your beating hearts.