Now that CES 2019 is here, Dell has announced the Dell XPS 13 for 2019, and it brings long awaited improvements to Dell’s flagship laptop.

Dell has managed to craft its smallest laptop camera ever, at 2.25mm – small enough to be integrated into the top bezel of the XPS 13 InfinityEdge display. This finally eliminates one of the longest lasting issues with the Dell XPS lineup, whose webcams were always at an awkward nose-high position.

That would be impressive enough on its own, but Dell has kept the same general footprint as last year, managing to shove a 13.3-inch laptop in a 11-inch chassis, weighing just 2.7 pounds (1.2kg), and coming in at just 0.3 inches (7.6mm) at the narrowest point.

Dell is also releasing a new Frost color option, as well as remixing last year’s Arctic White color to be brighter and whiter.

But those aesthetic changes wouldn’t mean that much if there wasn’t more powerful hardware inside, and Dell is well aware of this. The Dell XPS 2019 will be packing the latest 8th-generation Whiskey Lake processors, with turbo boosts of up to 4.6GHz.

The Dell XPS 13 2019 is available beginning January 8 with a 4K display in either the silver-on-black and rose gold-on-white color options, with the 4K display option in Frost-on-white and all 1080p options  coming in late January. Dell says the aforementioned entry-level model will arrive “after January”. 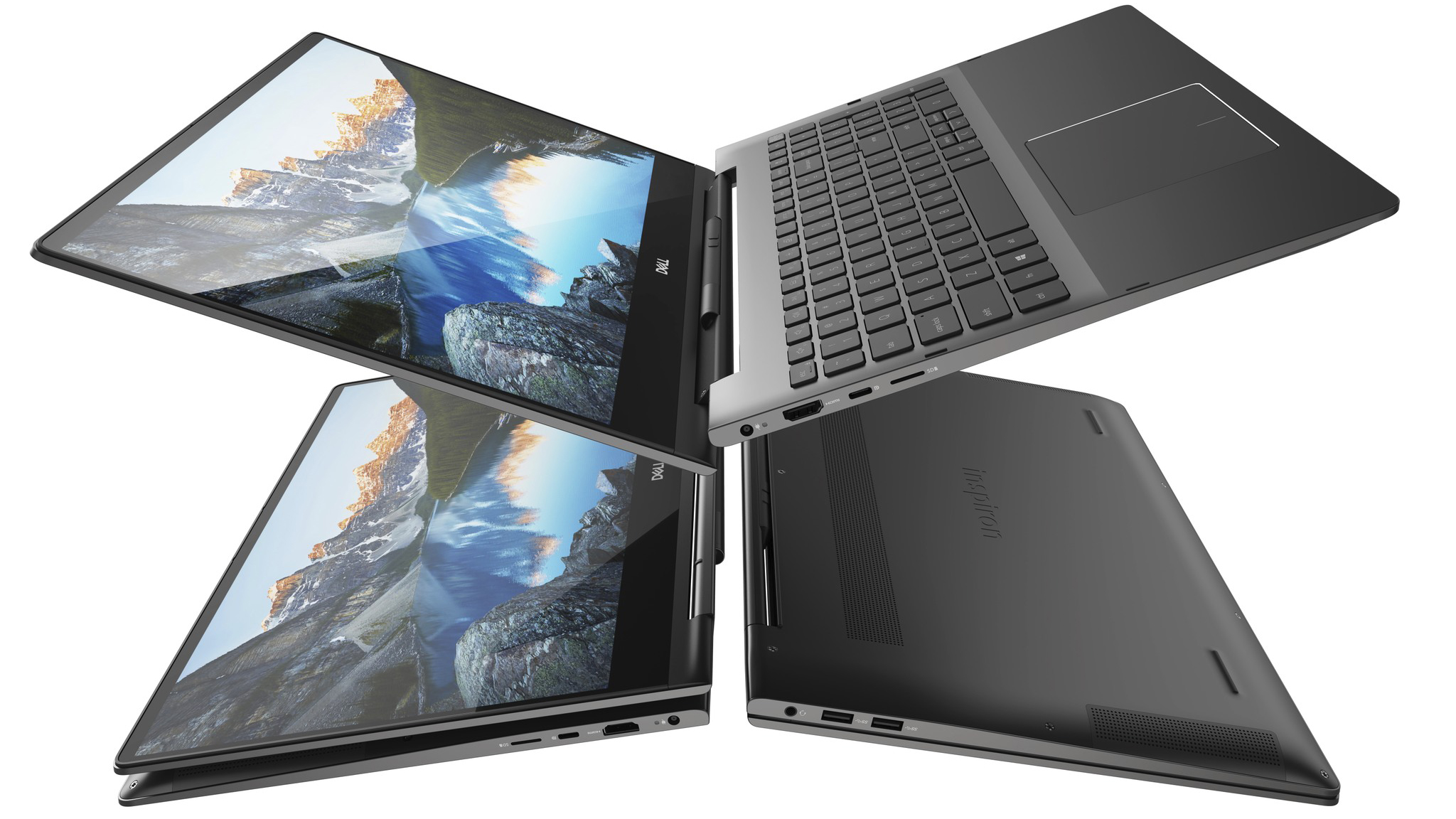 There’s a new Inspiron, too

While Dell’s XPS lineup traditionally occupies the high-end of the PC space, Dell has also launched two new Inspiron 2-in-1 laptops aimed at the mid-range.

The Dell Inspiron 13 7000 and Dell Inspiron 15 7000 2-in-1 Black Edition laptops are convertible laptops with a unique Dell Active Pen stylus garage. This is located in the hinge of the device, so your stylus is always accessible for note-taking or sketching.

However, beyond the inclusion of USB Type-C for charging, Dell hasn’t shared any specifics on the hardware inside these new Inspiron devices. We’re sure that Dell will announce the specific hardware closer to release.

But, we do know these new Inspiron laptops will feature a new Adaptive Thermal technology that will let the laptop sense when it’s sitting still on a desk or being moved around, automatically adjusting performance to optimize thermals.

No price has been announced for either new Inspiron 7000 2-in-1 Black Edition model, but both will be on shelves come May 2019. There will also be a silver, non-Black Edition model without an Active Pen garage, for what we assume will be a lower price.