Organizer
Gadget news
CES 2019: here's what you can expect from the annual tech-stravaganza
3:08 am | December 22, 2018
Author: admin | Category: Mobile phones | Comments: None

CES 2019 is nearly upon us and announcements from LG, Samsung and others have already been pouring in. We’ve been keeping up with all the updates as they happen and our team has been hard at work prepping coverage for this year’s event. What we’re expecting is an absolute deluge of news on January 8, followed by a non-stop scavenger hunt trying to find the best products of the show. It’s exhausting work, but there’s no place like Vegas during CES.

Every year, Sin City plays host to the gadget extravanganza that is the Consumer Electronics Show, now officially shortened to its acronym, CES. It’s the time of year where tech innovators from all over the world gather together to announce the latest and greatest in smartphones, wearables, TV and audio tech, with new laptops, tablets and smart cars filling row after row of booths at the Las Vegas Convention Center.

Last January we saw innovation in droves at CES 2018, from Samsung’s 146-inch modular MicroLED TV, The Wall, and the incredible HTC Vive Pro to LG’s rollable 65-inch OLED TV and the Huawei Mate 10 Pro. It’s the world’s biggest tech show, and it’s poised to become even bigger in 2019.

Can’t wait until opening day on January 8? Read on! We’ve got all the details, predictions and postulations for what you can expect to see at CES 2019.

[Update: CES will continue its streak of producing TV consortiums this year, as the newly formed 8K Association will take the stage for its first keynote address on January 9, 2019. Details are still vague on who’s in the 8K Association, though it seems likely that Samsung has something to do with it.

In the world of projectors, LG has announced a sequel to its 2018 Cinebeam line-up, the Cinebeam 4K, while over in TV land Samsung announced the arrival of a QLED-equipped The Frame TV in 2019. We’ve heard tantalizing rumors about a number of 8K TVs from various TV makers in 2019, and are likely to see LG’s rollable OLED on the show floor.]

The 2019 International CES will begin on Tuesday, 8 January and end on Friday, 11 January. It’s been taking place since 1967 and is staged by the Consumer Technology Association (CTA), a trade organization that represents over 2,000 consumer tech companies in the U.S.

Though it gets a lot of attention from the world’s media, this is not an event where the public can go see the latest tech. Unlike the IFA exhibition in Berlin each August, the CES is open only to the electronics trade, as well as journalists, bloggers and plenty of blaggers. (You know who you are…)

How big exactly is CES?  It’s huge. If you’re going for the first time, go on a few five-mile walks in the preceding weeks. Seriously, it’s hiking boots-big. There are 2.75 million net square feet of exhibit space. Eleven venues. 24 product categories. Some company’s booths are vast and complex, while other, smaller firms grab a table in one of the 25 marketplaces.

In terms of footfall, the CES attracts about 180,000 people from 155 countries, as well as 6,500 media, who visit 4,500 exhibiting companies. All the biggest tech companies in the world gather … well, except for Apple. 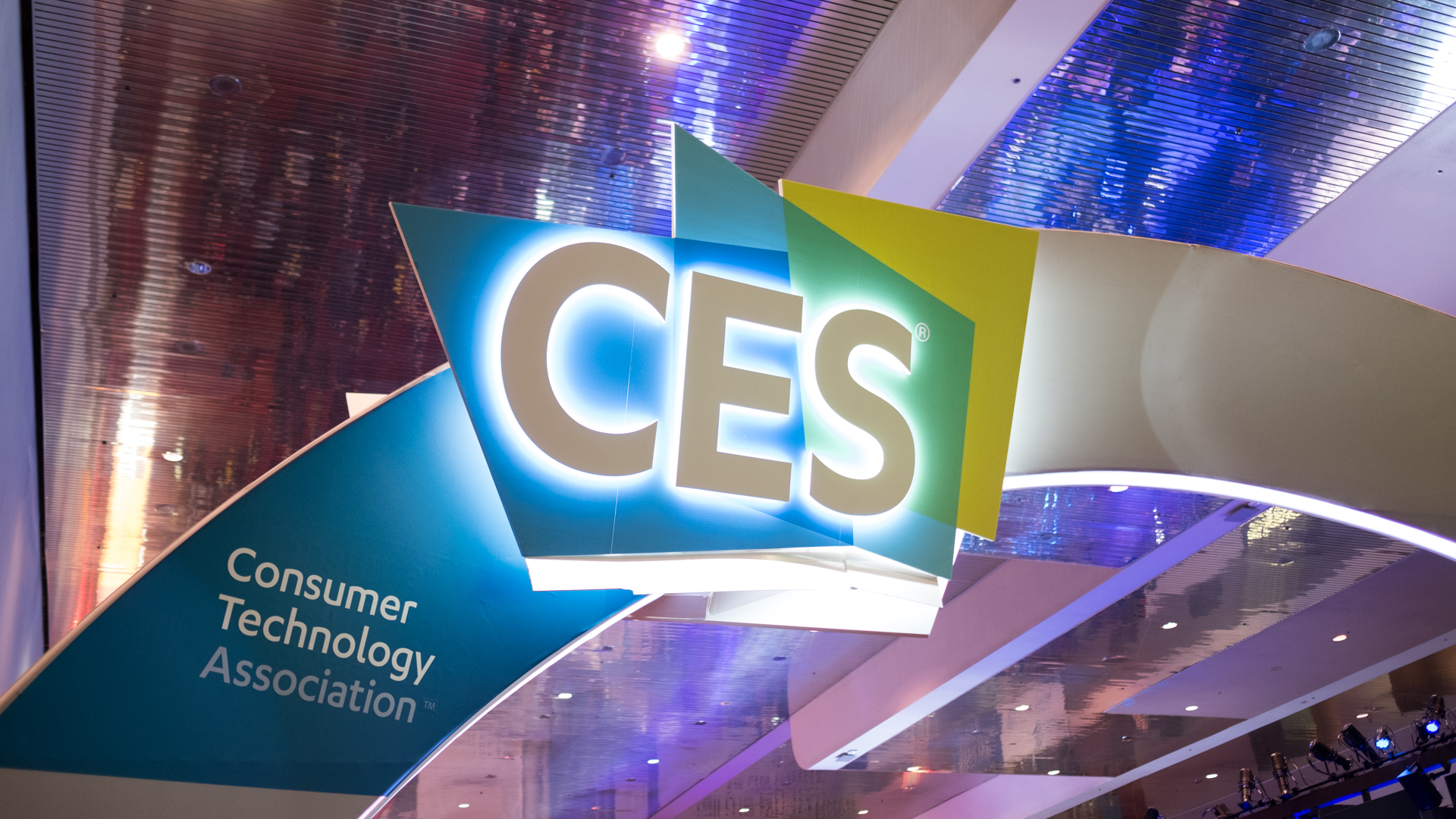 Since 1978 the CES has been staged in Las Vegas. Why? Hotel rooms, all 150,000 of them, and counting. The main venue is the Las Vegas Convention and World Trade Center (LVCC), which is a short (and very busy) monorail ride from The Strip, where most of the hotels are.

Along with the nearby Westgate Las Vegas and Renaissance Las Vegas, this is referred to as Tech East. This is where most of the major booths are. Tech West (comprising the Sands Expo, The Venetian, The Palazzo, Wynn Las Vegas, and Encore) is where you’ll find hi-fi and audio.

At Tech South (ARIA, Park MGM/Park Theater and Vdara) you’ll see VR, AR, and gaming. There are shuttle buses between the venues, but it’s best to stay put for the day at one of the three areas to avoid the traffic.

When do all the announcements happen?

Although the weeks before the CES are packed with rumors and reports of what may or may not be launched or announced at the CES, it’s not until Sunday, January 6 and Monday, January 7 – the two days before the show opens – that there will be any concrete news. These are the two media days, and they’re when the all-important press conferences are held, and consequently when a lot of the headlines are written.

Sunday is typically light on news, and in 2019 it’s Monday that will see the big companies’ press conferences at the Mandalay Bay Hotel at the south end of The Strip. In 2019, confirmed press conferences include Hisense, Hyundai, Intel, LG, Panasonic, Qualcomm, Samsung, Sony, TCL, and Toyota.

As for whom is actually giving these nail-biting presentations, the first will come from LG on Monday, 7 January; its President and Chief Technology Officer Dr. I.P. Park will discuss AI and ‘self-evolving’ products … and a foldable phone? 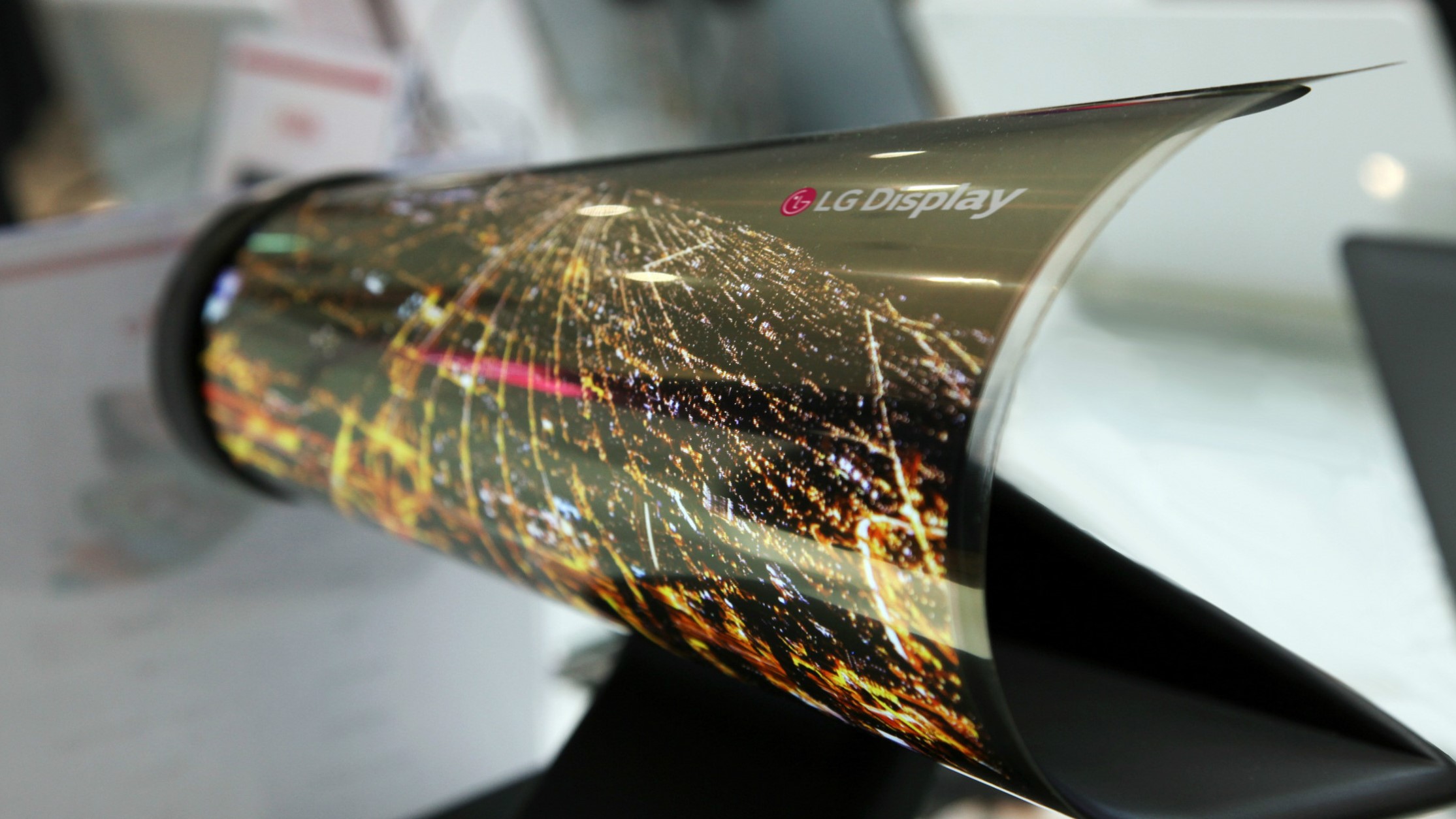 Just give the attendance list a cursory glance and you’ll see that a lot of bases are covered at CES – you’ll find AR and VR, voice control, connected cars, robotics, smart home, smart cities, health, wellness, sleep, sports, accessories companies, and everything in between.

However, in 2019 there are some trends that are likely to dominate.

“There has already been one TV with far-field microphones in the set itself,” says Wetherill, referring to Toshiba’s upcoming OLED, 4K HDR, and Full HD smart ranges with Alexa built in. CES could also see the spread of Netflix Calibrated Mode beyond some Sony TVs.

Headphones will also get chatty. “A new Alexa development kit from Qualcomm means we’ll see more integration of voice into headphones,” says Wetherill. “We’re waiting for headphones that respond to a wake-word, and while that probably won’t emerge at CES 2019, we will see true wireless earphones with longer battery life – it would be logical if Sony brought more ‘true wireless’ products at CES.”

Another trend will be foldable displays, with the Samsung Galaxy X likely to feature alongside LG’s foldable.

However, foldables could go much deeper than mere phones. “Where we’re expecting real change is laptops and tablets,” says Tom Morrod, Senior Research Director, IHS Markit. “We are expecting to see foldable laptops with OLED screens that extend across the entire keyboard area – this means you could open them up to monitor size, or to book format, or use them as a normal laptop format with the keyboard as half of the touch panel.” But how, exactly, Android and Windows adapt their OS for foldable devices will be interesting. Last but not least, connected cars at CES 2019 could also see integrated OLEDs to replace wing mirrors.

Want specific predictions for each company? We’ve got those, too! 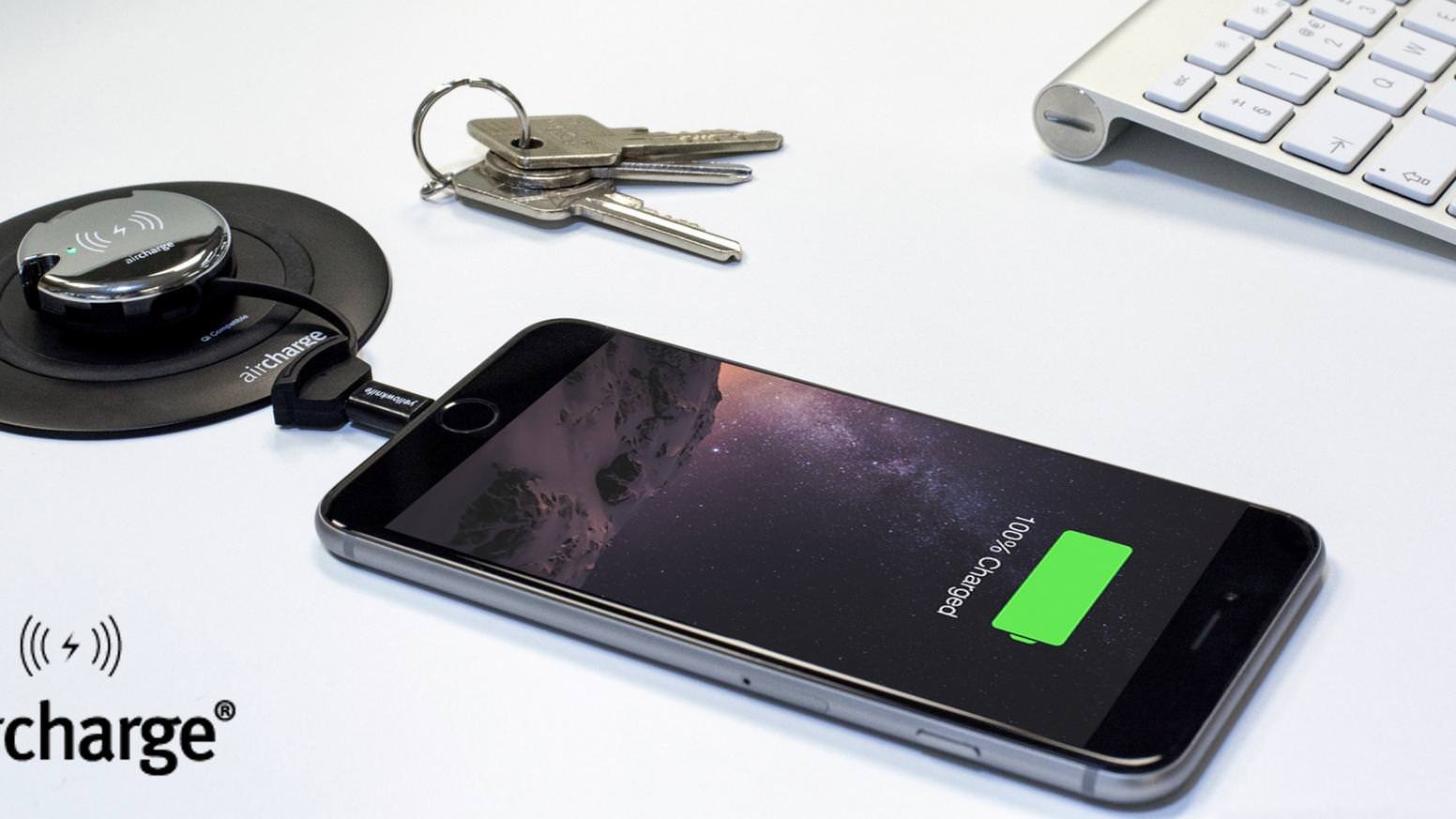 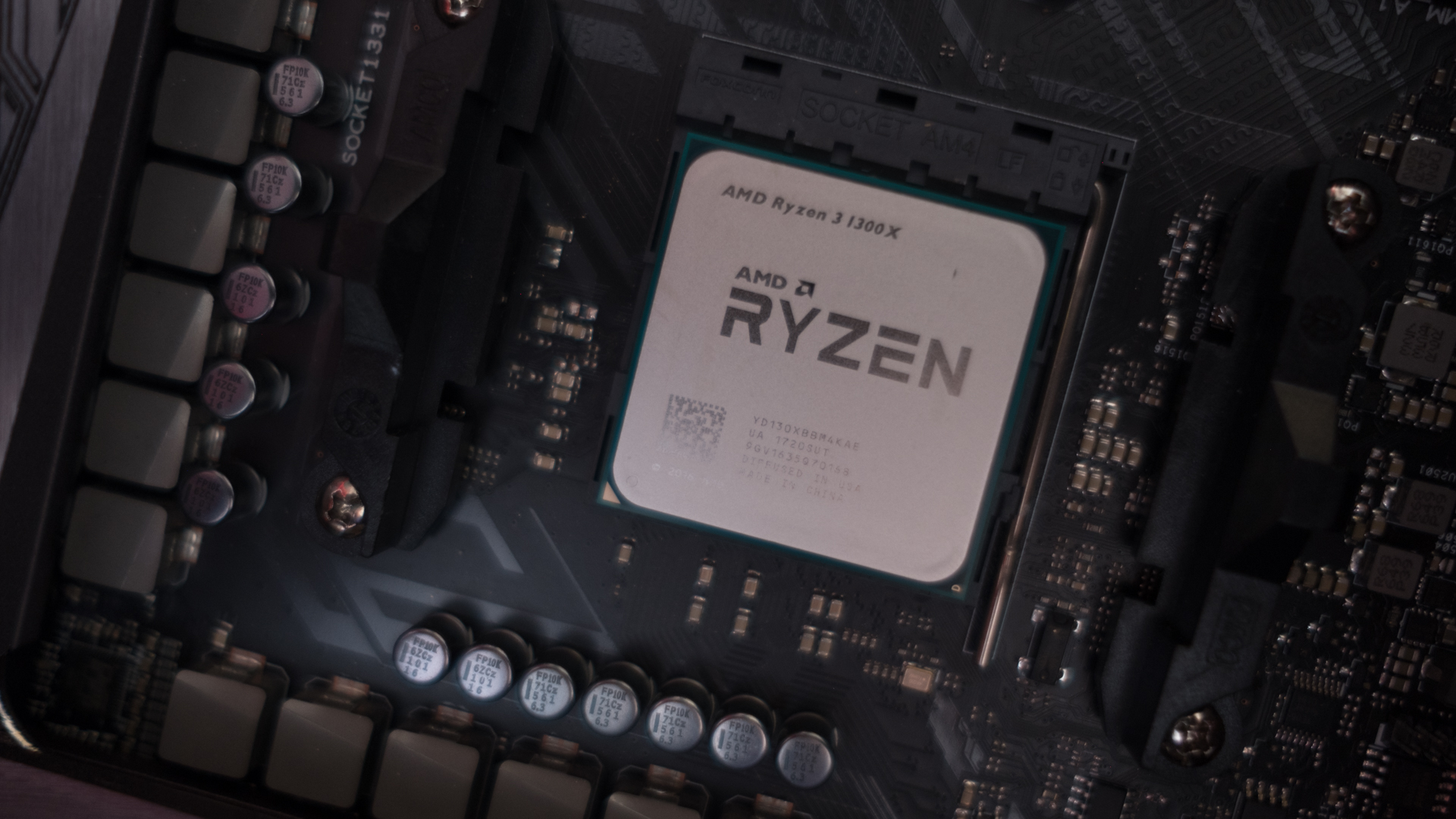 Semiconductor company AMD has already said that it intends to show-off its 3rd-gen Ryzen processors and new graphics products at CES 2019.

Beyond processors, CES 2019 might be the place that we see the company’s next AMD Navi GPUs – though, that seems a little less likely than the 3rd-gen processors. 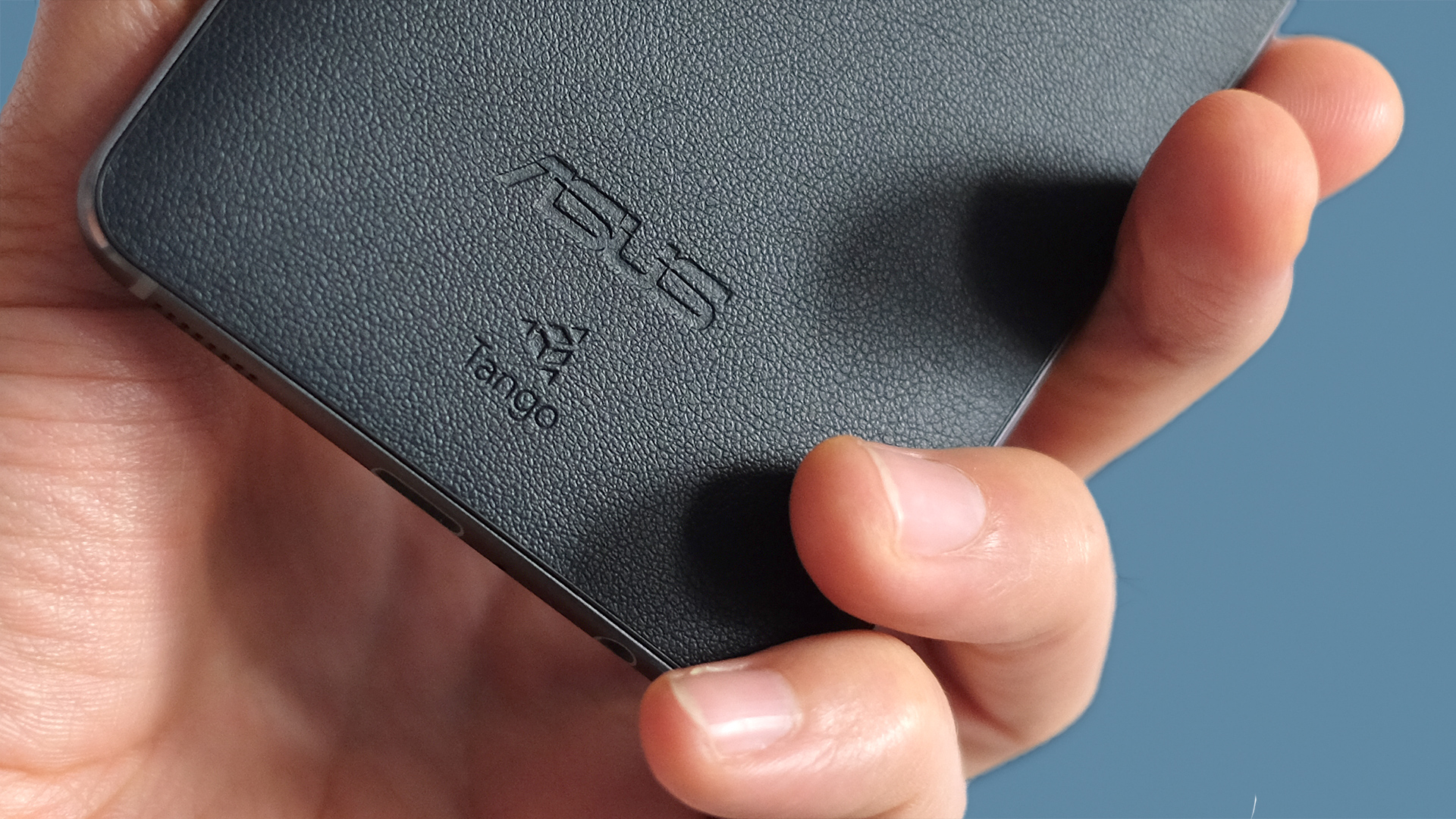 How about a high-end 10-inch Chrome OS tablet? That’s what AndroidHeadlines.com reports that ASUS will be using CES 2019 to announce. 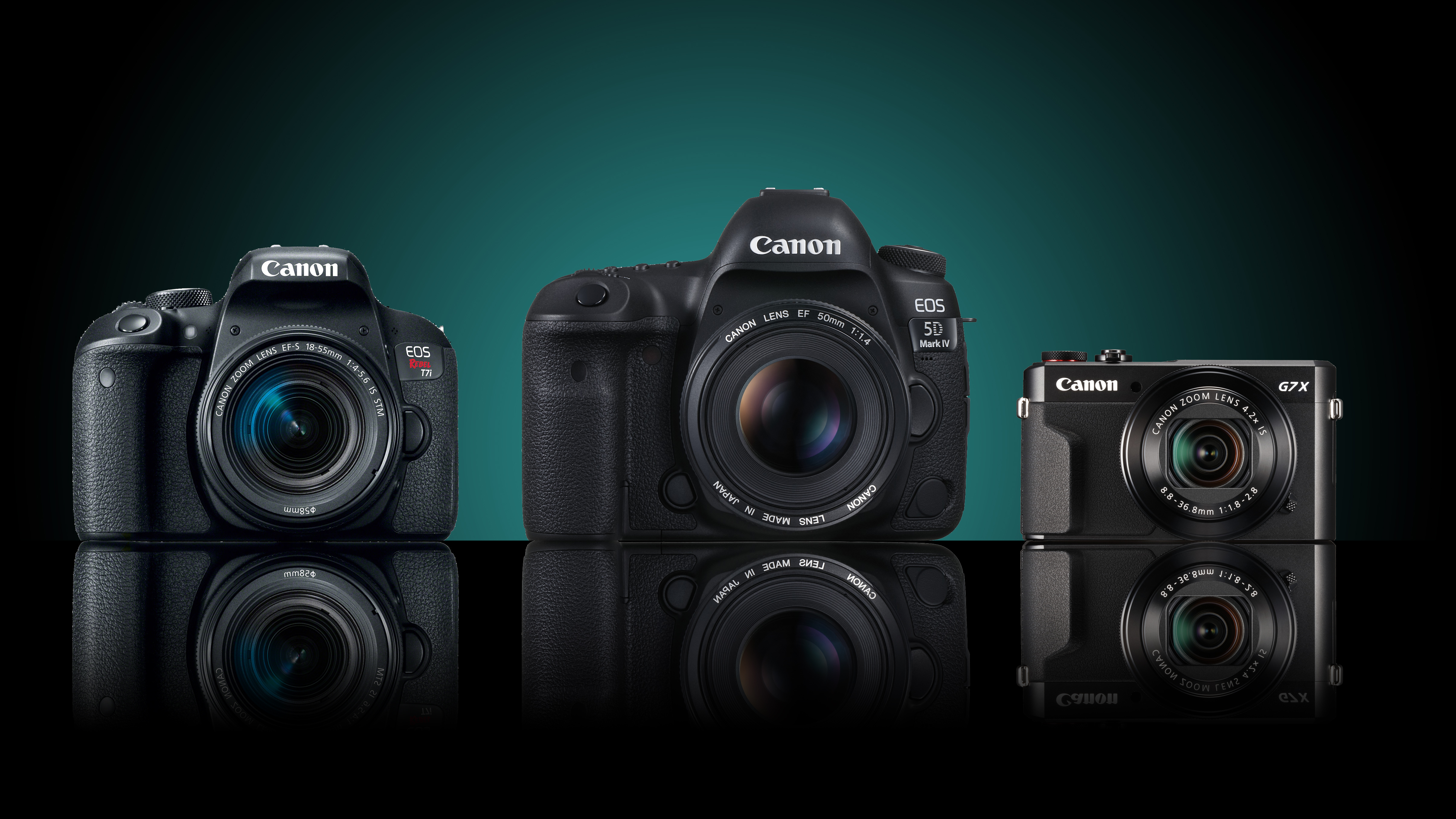 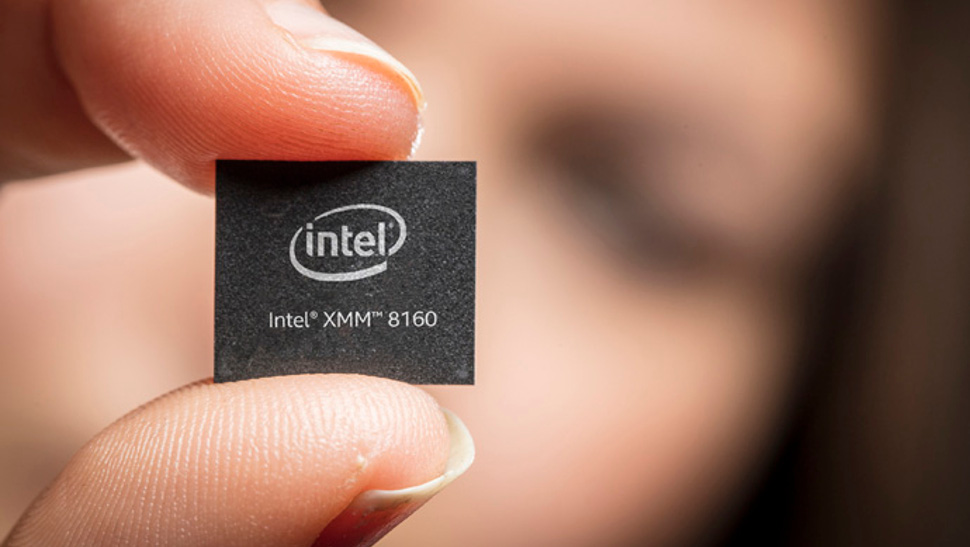 Is Nvidia about to get a serious challenge in the high-end graphics card market? If reports from Anthony Garreffa at TweakTown are anything to go by, a discrete graphics card could be coming from Intel.

In the world of processors, rumor has it that Intel is developing a new 10-core, 20-thread CPU codenamed Comet Lake that will be based on yet another iteration of Intel’s 14nm process. If the rumors are true, this will be the first time Intel has outpaced AMD in the CPU core war in a very long time.

It’s confirmed, LG will definitely have TVs at CES 2019. We can safely say that because the Korean-based electronics manufacturer already announced the Alpha 9 (Gen. 2) TV processor that will power its 2019 OLED TVs. Details were sparse on how it would significantly improve this year’s Alpha 9, but it could be saving that for CES.

We’ve also heard a lot of buzz about LG’s rollable OLED that was available to see behind closed doors at last year’s CES. It’s not confirmed yet, but there’s a good chance it will be available to see on the show floor in 2019. (Actually, that’s almost a given considering that it could be on sale in 2019.)

We also know LG will be showcasing two new ‘ultra’ monitors for the worker bees and committed gamers out there: one being a super-sized 49-inch UltraWide monitor, the other a new 144 Hz UltraGear gaming monitor.

Will LG bring more ‘ThinQ’ branded smart home products? Probably. However, there are also rumors that LG’s CES 2019 keynote will see the unveiling of a foldable phone – though, it might not be available to check out at the show. We may instead have to wait until MWC 2019 to hear about that.

Either way, look out for pre-Christmas, pre-CES announcements of B-lister products – it’s an annual tradition from LG’s predictable Comms team. 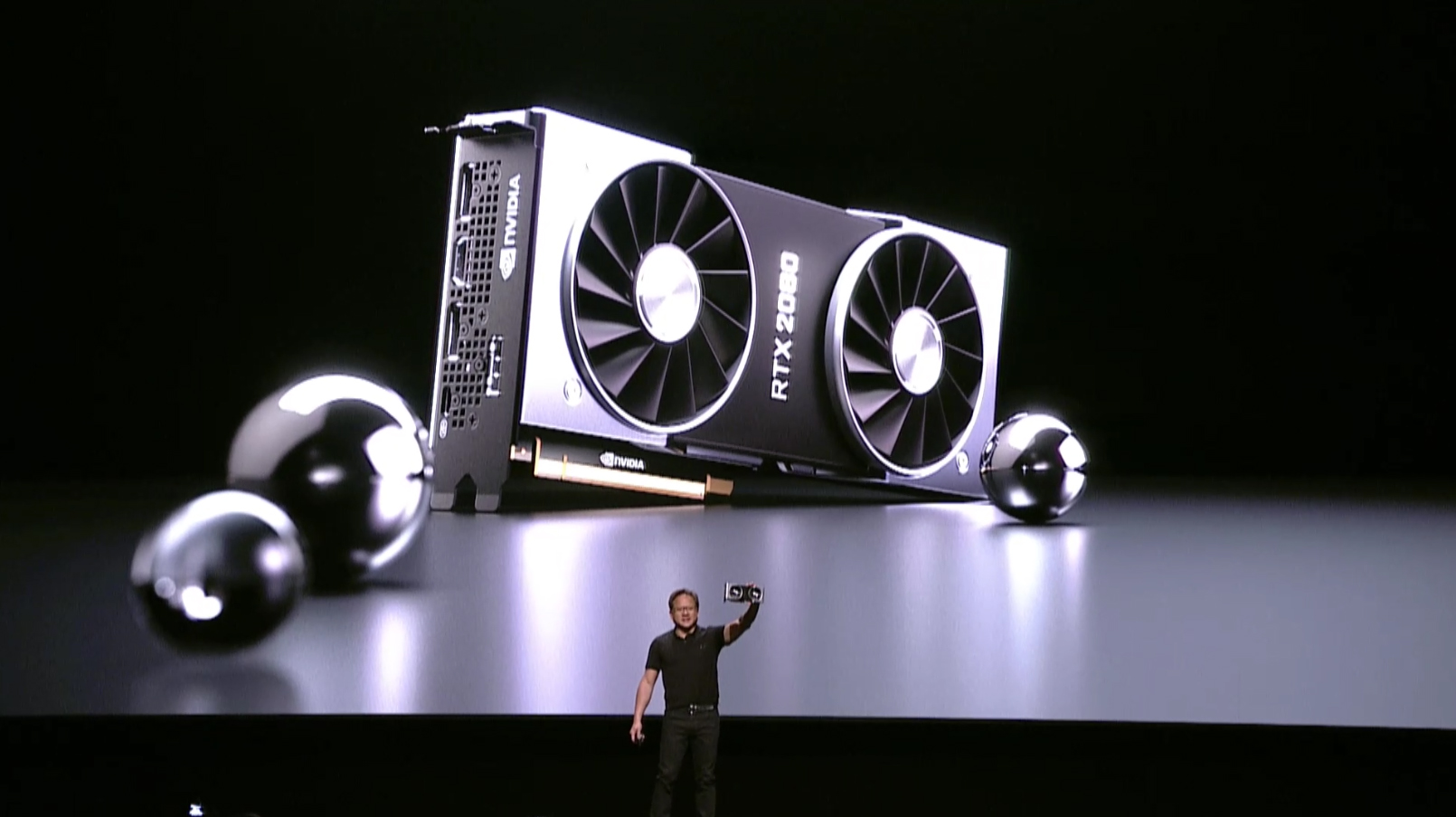 According to a fresh rumor, Nvidia will reveal its GeForce RTX Mobility graphics cards at CES 2019, supposedly on January 6, which would be in the pre-show run-up to the official start of the event (on January 8).

Moreover, Nvidia may be preparing more than just RTX graphics for laptops at CES 2019, with a reference to MX250 graphics just appearing in an HP laptop listing. 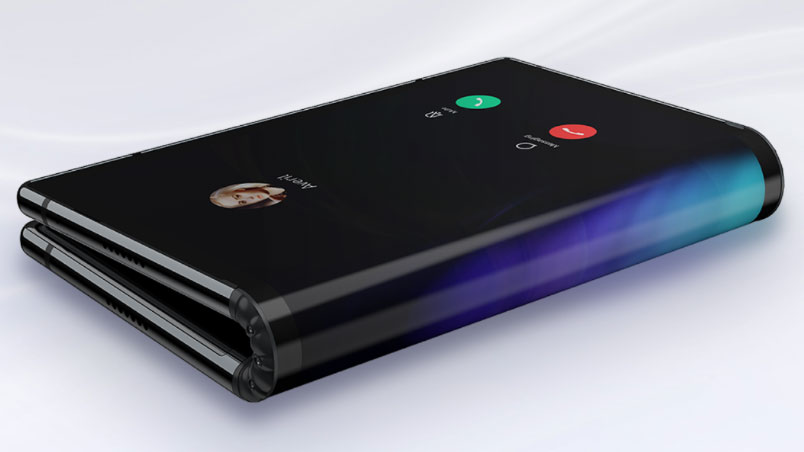 The world’s first foldable phone? That could well come at CES from Royole, which recently teased the FlexPai, the 7.8-inch AMOLED screen that folds in half. 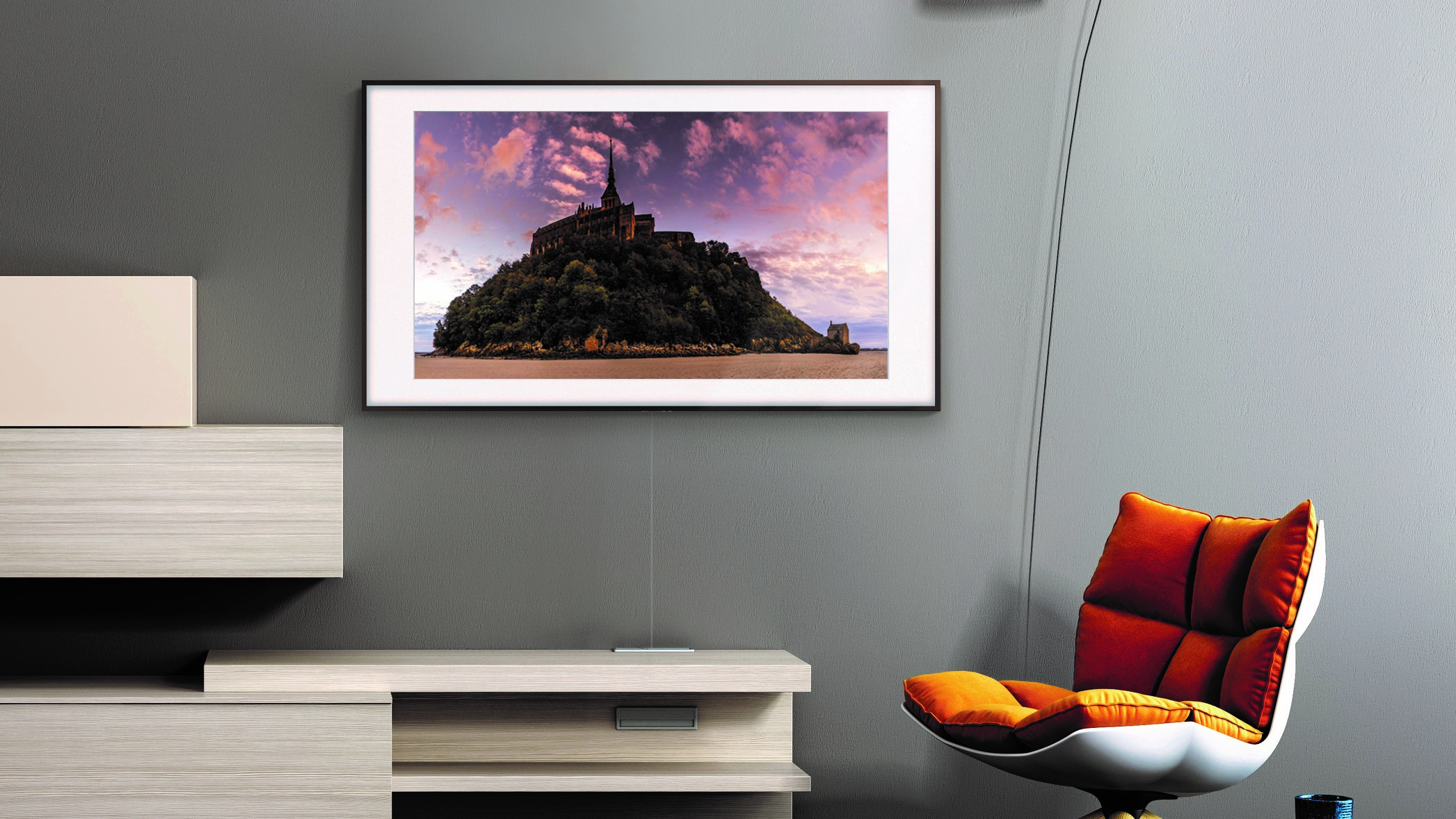 A CES launch for the previously announced Samsung Galaxy Home smart speaker – compete with Bixby – seems a shoo-in, but will Samsung launch its Galaxy X foldable phone? “While the full Samsung launch might be at Mobile World Congress we could instead see the Samsung Galaxy S10 launched at CES, which won’t be foldable but will have 5G and triple camera, plus a new notch design on the front panel,” says Tom Morrod, Senior Research Director, IHS Markit.

Looking to get ahead of the deluge of news, Samsung has announced two new versions of its Samsung Notebook 9 Pen 2-in-1 laptop. Scheduled for a vague ‘2019’ release and with no pricing to speak of, the laptops are both a rehash (13.3-inch) and an expansion (15-inch) of the late 2017 debut model.

We will also almost certainly see Samsung refresh its TV line-up, which will mean more advanced QLED TVs (though probably not a new version of the recent 85-inch Q900R 8K QLED TV). However, if a recent patent filing is anything to go by, we could see a transparent TV. Since Samsung is often launching design-led screens, that wouldn’t be a surprise.

What we do know for sure at this point is that Samsung will enhance its Serif TV and The Frame designer screens with QLED tech. The new screens will make their debut at the show and, according to Samsung, will reside in the large lifestyle TV exhibition zone of Samsung’s booth.

The last rumor we’ve heard concerning Samsung 2019 TVs is that they might include both Bixby and Google Assistant – giving users the choice over which assistant they’d like to use.

All the latest Samsung CES 2019 news:

There’s likely to be an almighty rush to launch the first 5G-ready phones in 2019, and Sony’s desire to be first-to-market could mean that the CES 2019 sees the appearance of a 5G Xperia phone.

It’s also possible that Sony will use CES 2019 to launch its 5.9-inch XA3 and 5.7-inch Xperia L3 budget phones, according to KnowYourMobile.com. Sony may also launch a smart speaker-with-a-screen, following in LG’s footsteps. 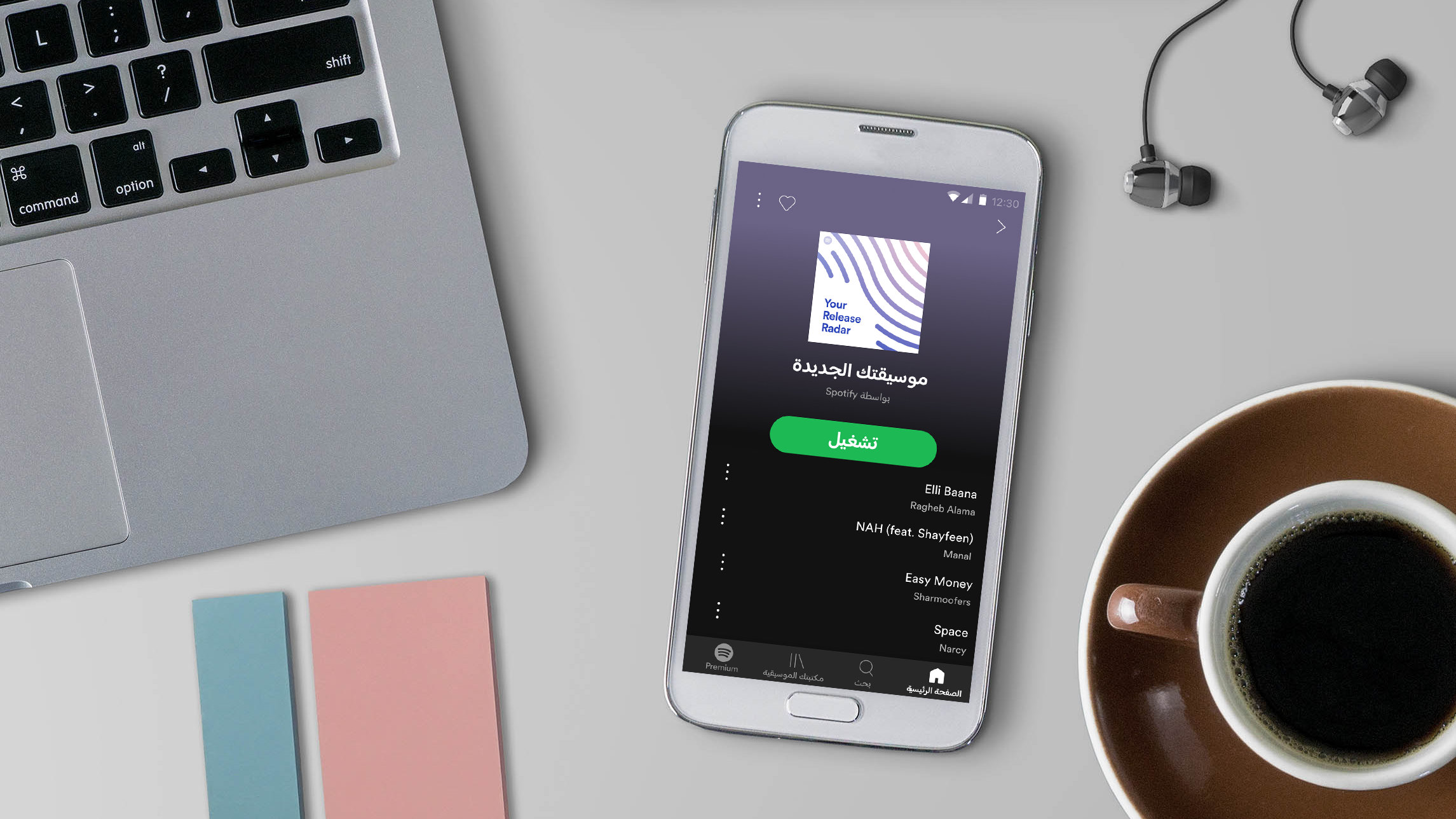 The streaming service doesn’t normally deal in hardware, but could Spotify use CES 2019 to launch its own voice search interface to compete with Amazon Echo and Google Home? Spotify has suites reserved at the Wynn Encore …

One thing’s for sure, after CES 2019 the world of tech won’t ever be the same.