The EOS 70D was until recently the DSLR of choice for Canon DSLR users looking to upgrade from more entry-level models like the Rebel T6i (EOS 750D). With the arrival of the EOS 80D, attention has shifted to the latest model. That’s not to say you should discount the 70D though – especially now it can be picked up for a lot less than the original asking price.

The announcement of any Canon DSLR usually creates a lot of excitement, but when that camera launches a new sensor with a new pixel count (for the manufacturer) and is aimed at enthusiast photographers, it ups the ante considerably. So naturally there’s been quite a buzz surrounding the new Canon EOS 70D, which has a 20.2 million-pixel CMOS sensor coupled with a Digic 5 processor.

The EOS 70D’s sensor is a Dual Pixel CMOS device, which enables faster focusing during Live View and video mode. There are two photodiodes for every pixel site (strictly speaking pixels don’t exist until an image is created) on the sensor, and each of them can read light independently to enable a form of phase detection autofocusing to be used to focus the lens.

While the diodes are read separately for autofocusing, they are read together to form the image, and this means the Canon 70D creates 20.2MP images.

Although every ‘pixel’ is a dual diode device, only the central 80% are used for auto focusing, because using the outer edges makes the system more prone to errors. 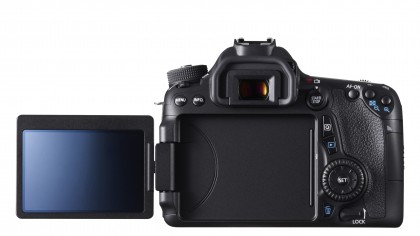 The 70D can shoot at up to 7fps at full resolution for up to 65 JPEGs or 16 raw files, which is useful when shooting sport and using the 70D’s continuous focusing capability, while sensitivity may be set in the native range of ISO 100-12,800 with an expansion setting allowing the equivalent of ISO 25,600.

Canon was the first manufacturer to give a DSLR a touchscreen, and the 70D has a 3-inch 1,040,000 dot LCD that can be used to make settings adjustments and scroll through images. As with the Canon 700D, the manufacturer hasn’t added the touchscreen functionality at the expense of buttons or dial controls, since the Canon 70D has all the physical controls that you’d hope for.

Further good news with the Canon 70D is that the LCD screen is on an articulating joint, and this makes it easy to view from a range of angles, whether shooting in landscape or portrait format. 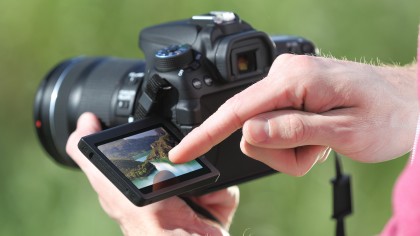 Wi-Fi connectivity is fast becoming one of the must-have features for cameras, and the Canon 70D does not disappoint in this respect.

While the ability to download images wirelessly may not be all that enticing, the possibility of controlling the camera remotely using Canon’s free EOS remote app for Android and iOS smartphones and tablets is a real bonus for wildlife photographers.

Canon has also included a few features to enable more creative images to be captured with a Canon 70D – there’s a built-in Speedlite transmitter, for example, which gives wireless control over multiple Canon Speedlite EX flashguns, a multi-exposure mode and an HDR mode that combines three images to create one with a greater range of tones. 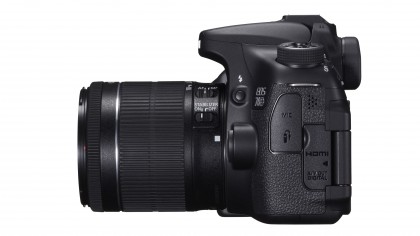 While it’s disappointing that these can’t be used when shooting raw files simultaneously, or when using the viewfinder, they can be applied post-capture in review mode, so it’s possible to retain a ‘clean’ image as well as one with the filter effect.

Some photographers get a bit worked up about Canon’s choice to use polycarbonate rather than metal for some of its camera bodies – including the Canon 70D – but the new camera feels nice and solid and seals ensure that it should survive some exposure to the weather.

The buttons and dials are sensibly arranged and the deep grip has a textured coating that makes it feel secure in your hand. 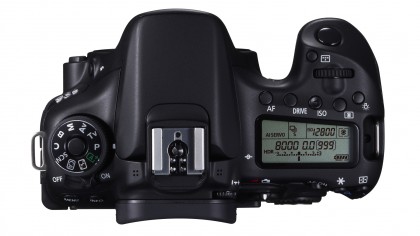 The Canon 70D has 19 AF system, all of which are cross-type for greater sensitivity, just like the Canon EOS 7D‘s AF system. However, the two cameras’ AF systems aren’t identical, since the Canon 70D only has three AF point selection modes: Single point AF, Zone AF and 19-point Area AF.

In comparison with the Nikon D7200‘s 51-AF point system, however, 19 points doesn’t seem that impressive, but the centre of the frame is well covered. In comparison with the coverage that you get with the average compact system camera, it seems rather poor, because the points are clustered around the centre. This means that off-centre subjects require the focus and recompose technique, which is a common issue with DSLRs.

However, it’s not that far off, and it’s sufficiently fast for the camera to be used handheld when composing images on its screen – at least in normal daylight conditions. And it means that the articulating joint on the screen is much more useful.

When light levels fall, however, the focusing slows and a backwards and forwards adjustment becomes noticeable.

Canon has opted to use capacitive technology for the Canon 70D’s touchscreen, and this ensures that it’s very responsive. We suspect that even those who don’t intend to use the touchscreen will find that they do gradually, starting with swiping from image to image in review mode, perhaps progressing to pinch-zooming to check images’ sharpness, and then eventually progressing to taking more control over the camera via the screen. 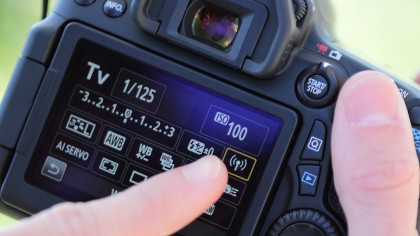 The touchscreen is particularly useful for quickly setting the AF point in Live View and Movie mode, It can also be used to set the AF point when shooting with the camera held to the eye, just press the AF point selection button and then tap the desire point on the screen (or use the navigation keys).

The viewfinder in the EOS 70D is a nice, bright unit, but ‘only’ covers 98% of the frame, so you may still find the odd surprise around the edges of your images.

The viewfinder can also display an electronic level to indicate whether the camera is on an even keel or not. In the past, Canon has used the AF point display for its electronic level, but this has the disadvantage of switching off the minute the shutter release button is pressed.

While this level is still available, Canon has also given the 70D the option to display a new icon at the bottom of the viewfinder, and this remains visible even when the shutter release is pressed. It’s a much better system, but it takes a little while to get used to how sensitive the level is.

Because the level icon isn’t illuminated, it’s also quite hard to see when shooting dark subjects, or when shooting at night-time. 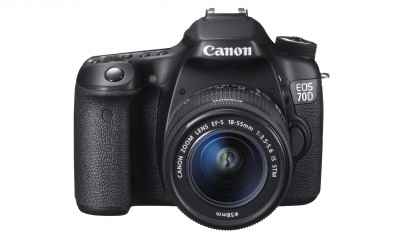 Canon has one of the best automatic white balance systems around, and on the whole it does a good job of capturing pleasant-looking colours that reflect the conditions without overly correcting for any particular light source. Images sometimes err on the side of warmth, but the results were generally very pleasant and better than cold, 100% accurate shots.

In the Standard picture style the Canon 70D produces images with pleasantly saturated, natural colours. However, there’s a trend towards more vibrant tones and stronger contrast these days, so some may prefer to boost the saturation and contrast in-camera using the available settings adjustments.

There are no surprises with the Canon 70D’s 63-zone iFCL metering system. It generally performs well, but because of the weighting that it gives to the brightness of the subject and that the active AF point, it is prone to over- or under-exposing in high contrast conditions. 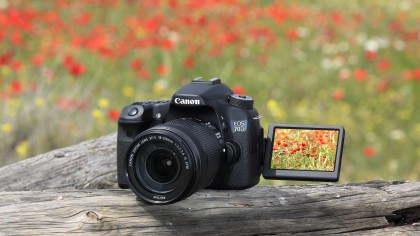 This can be a real problem when shooting sunlit landscapes, because you need to be very careful about where you set the AF point. If it’s positioned over a patch of pale grass in full sun, the chances are that the rest of the image will be underexposed, whereas positioning the active AF point over a shadow area will result in the majority of the image being over-exposed.

Many of the enthusiasts who make up the target market for the Canon 70D will be experienced enough to know how to deal with such an issue. But less experienced photographers may fall foul of the metering system. One way around the problem is to shoot in manual exposure mode, taking a spot meter reading (Partial, Spot and Centre weighted metering are available, in addition to Evaluative) from a mid-tone.

Our tests show that the Canon 70D is capable of capturing plenty of detail. However, even at the lowest sensitivity settings there’s a clear benefit to shooting raw files, since out of focus areas in JPEGs sometimes have a slightly watercolour appearance at 100% on-screen. In comparison, raw files look more natural.

Even images taken at ISO100 have a slight texture visible at 100%, but chroma noise (coloured speckling) isn’t a major issue throughout the native sensitivity range. As usual, however, in-camera noise reduction takes its toll on detail as sensitivity rises.

Raw files converted to TIFFs using the default settings in Digital Photo Professional look a little better than the JPEG files captured simultaneously, but we think it’s best to turn down the noise reduction a little as the raw files are processed, to reveal a bit more detail.

That said, there’s an impressive amount of detail visible in images captured at ISO12,800, and although there’s a fine-grained texture visible when images are sized to make A4 prints, it isn’t objectionable. If light levels permit, however, we’d recommend keeping below ISO6400 where possible. 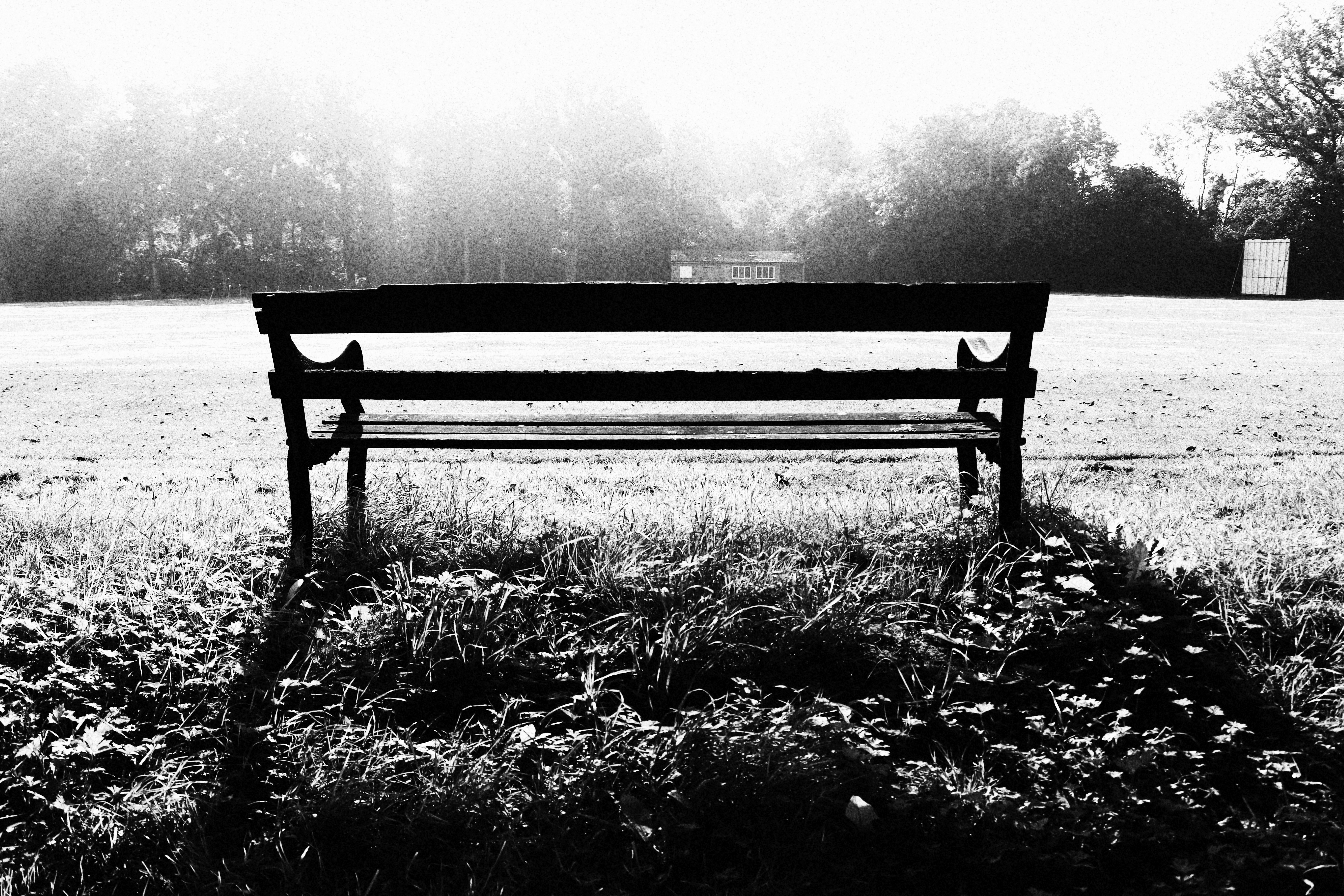 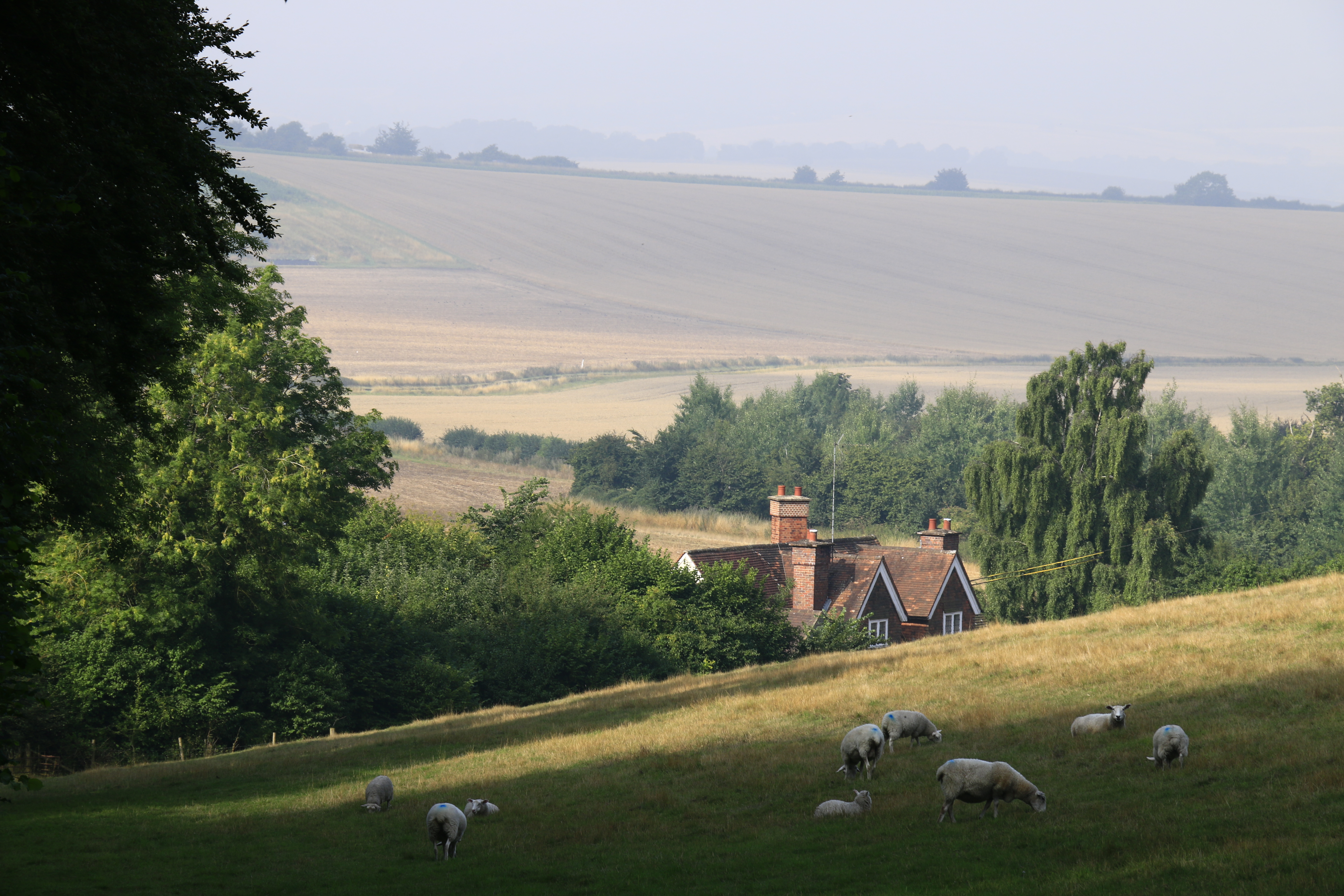 Boosting the saturation and contrast of the Landscape picture style has worked well in this scene, captured as the sun burned off the early morning mist. 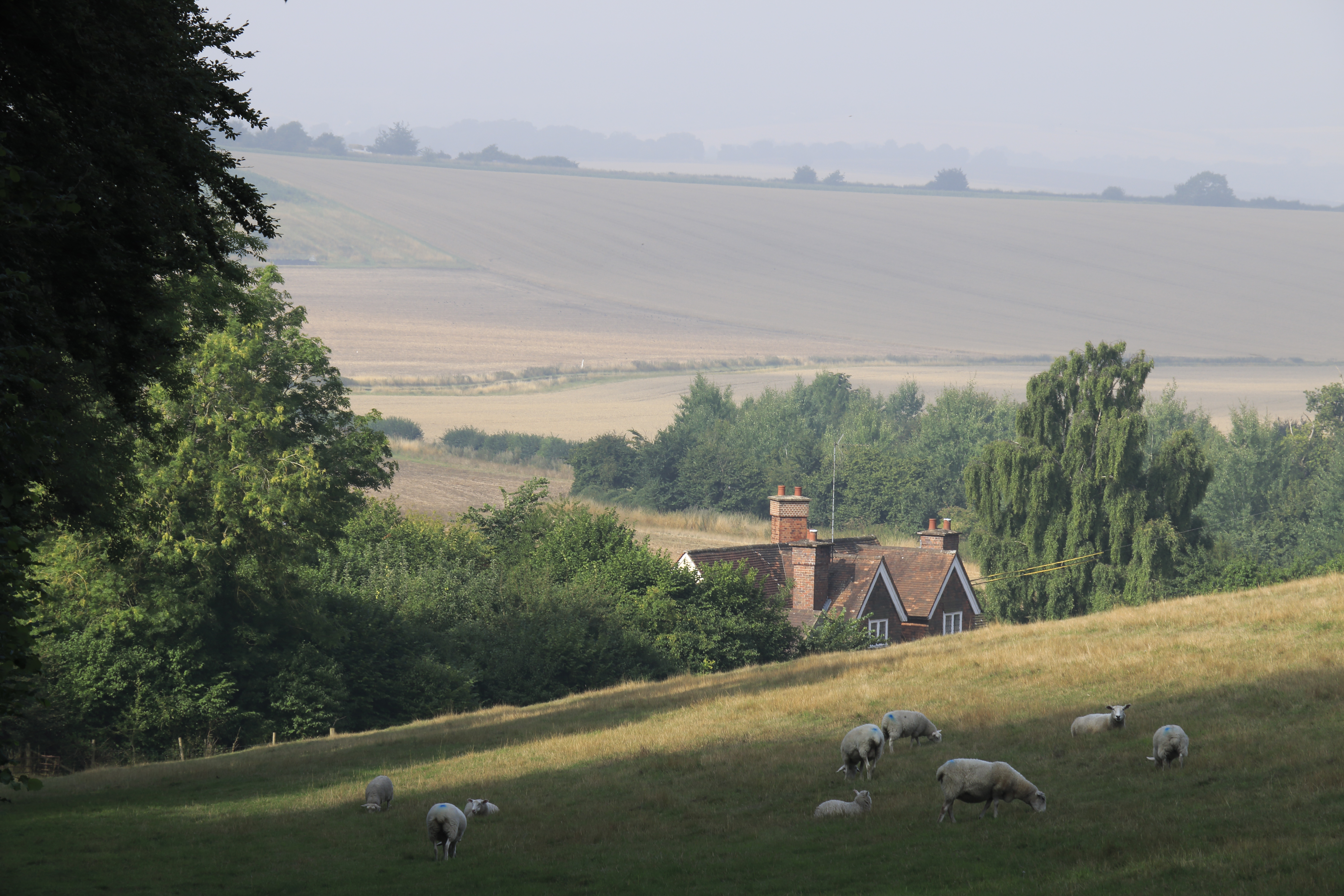 The raw file conversion shows the results of the same picture as before, with the standard Landscape settings. 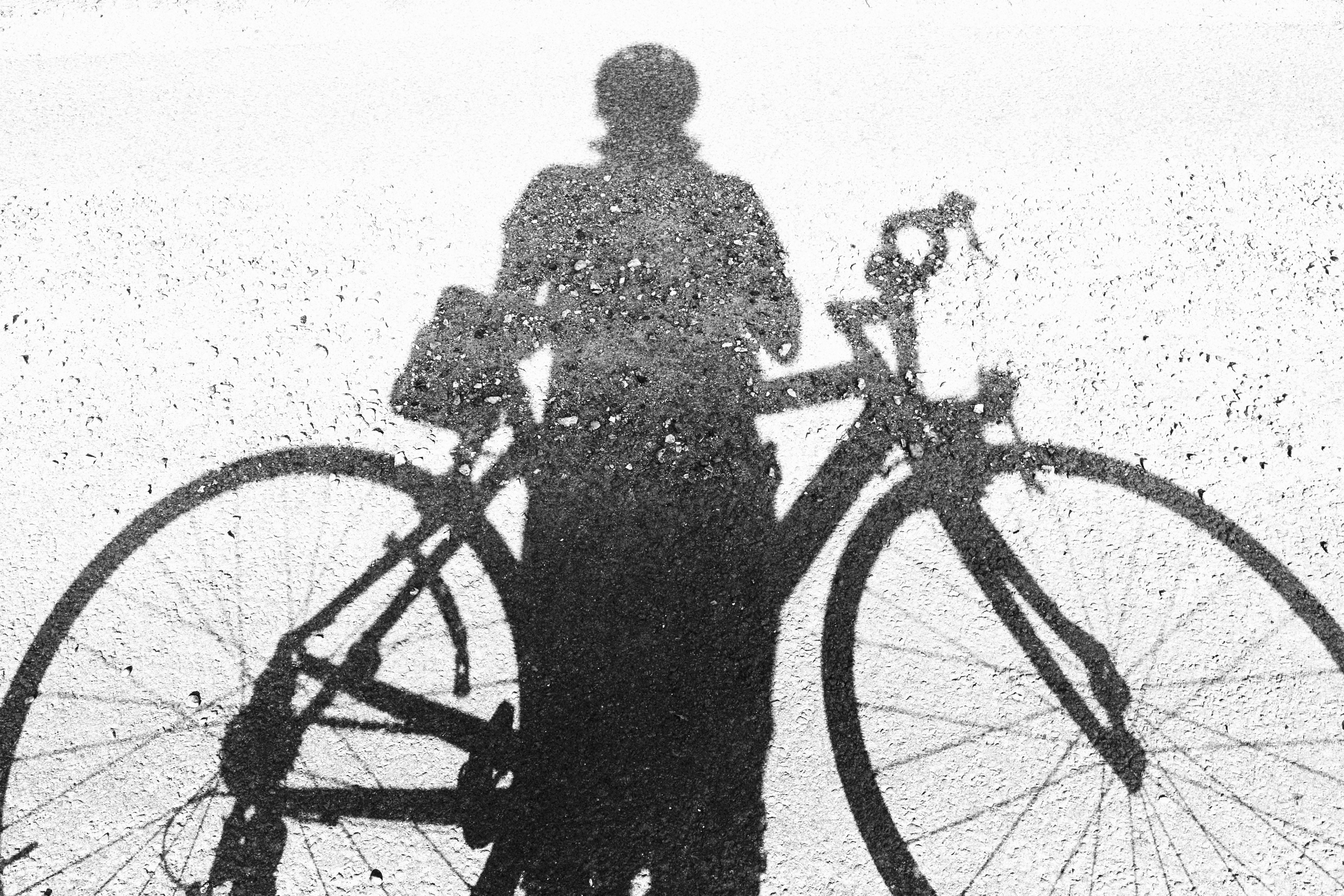 This was converted to Grainy Black and White mode post-capture to emphasise the shadows. 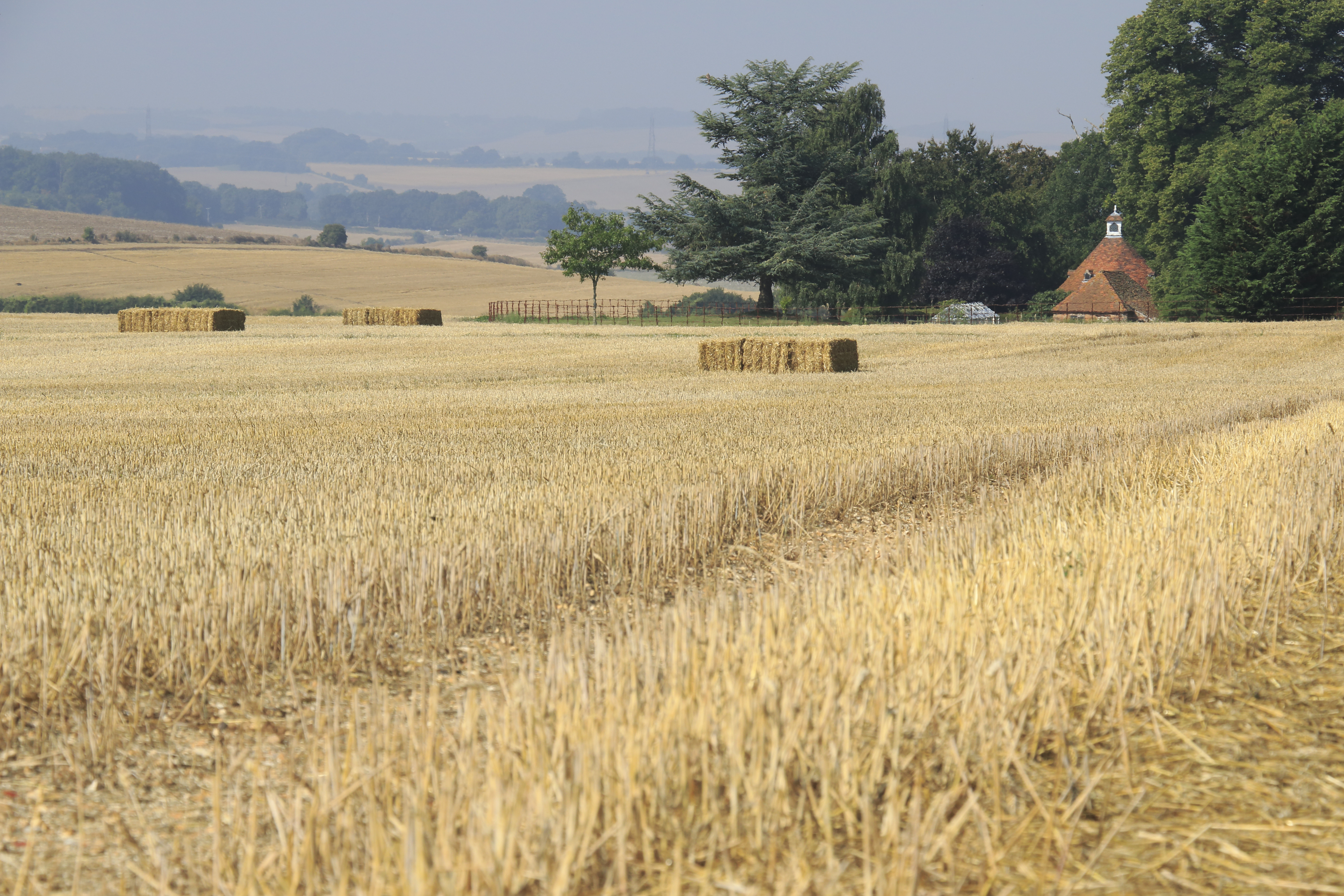 Colours look great straight out of the camera, and despite the bright sun and foreground, the Evaluative metering got this shot right itself. 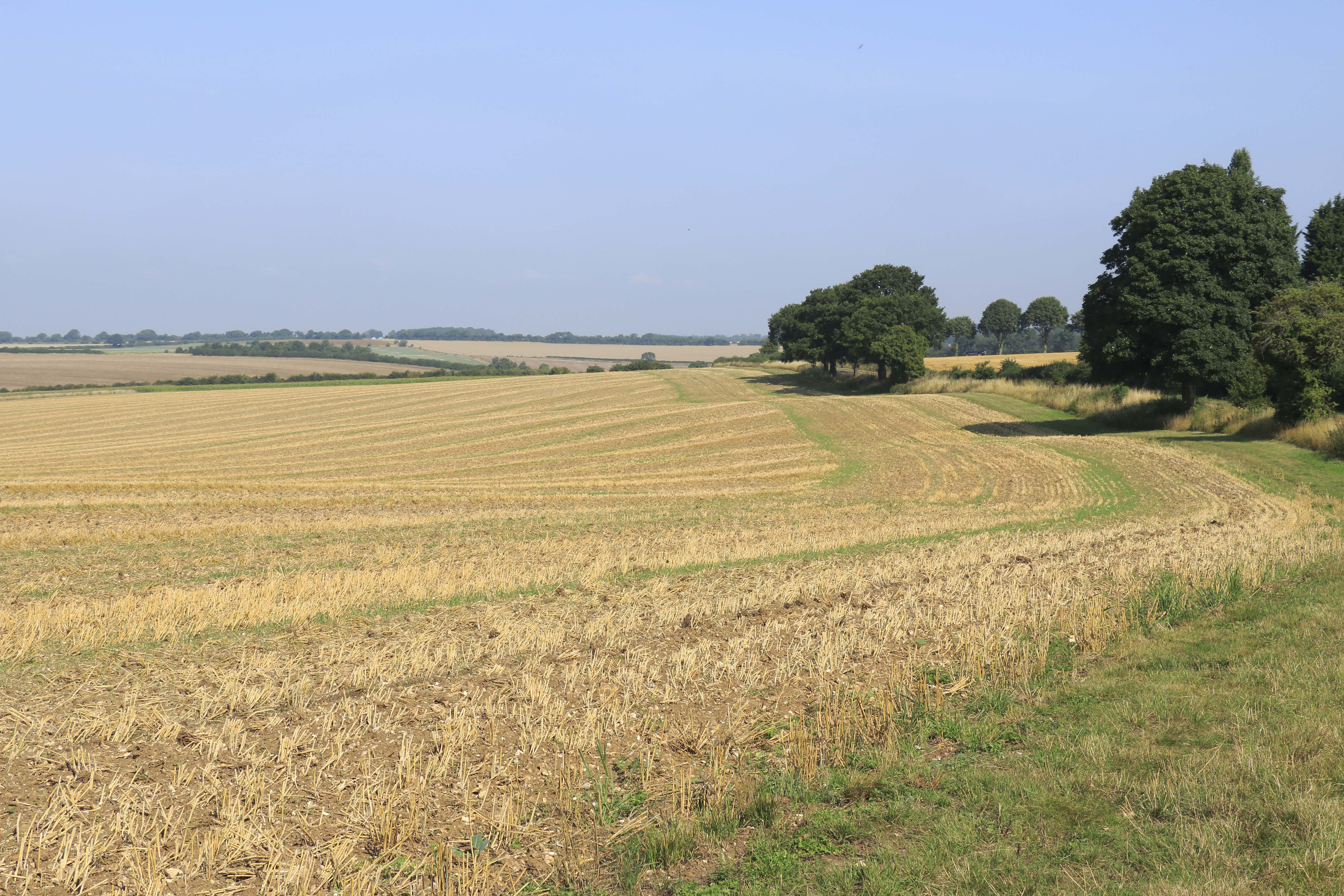 Both versions of this image look good, but the raw file looks more natural at 100% on-screen. 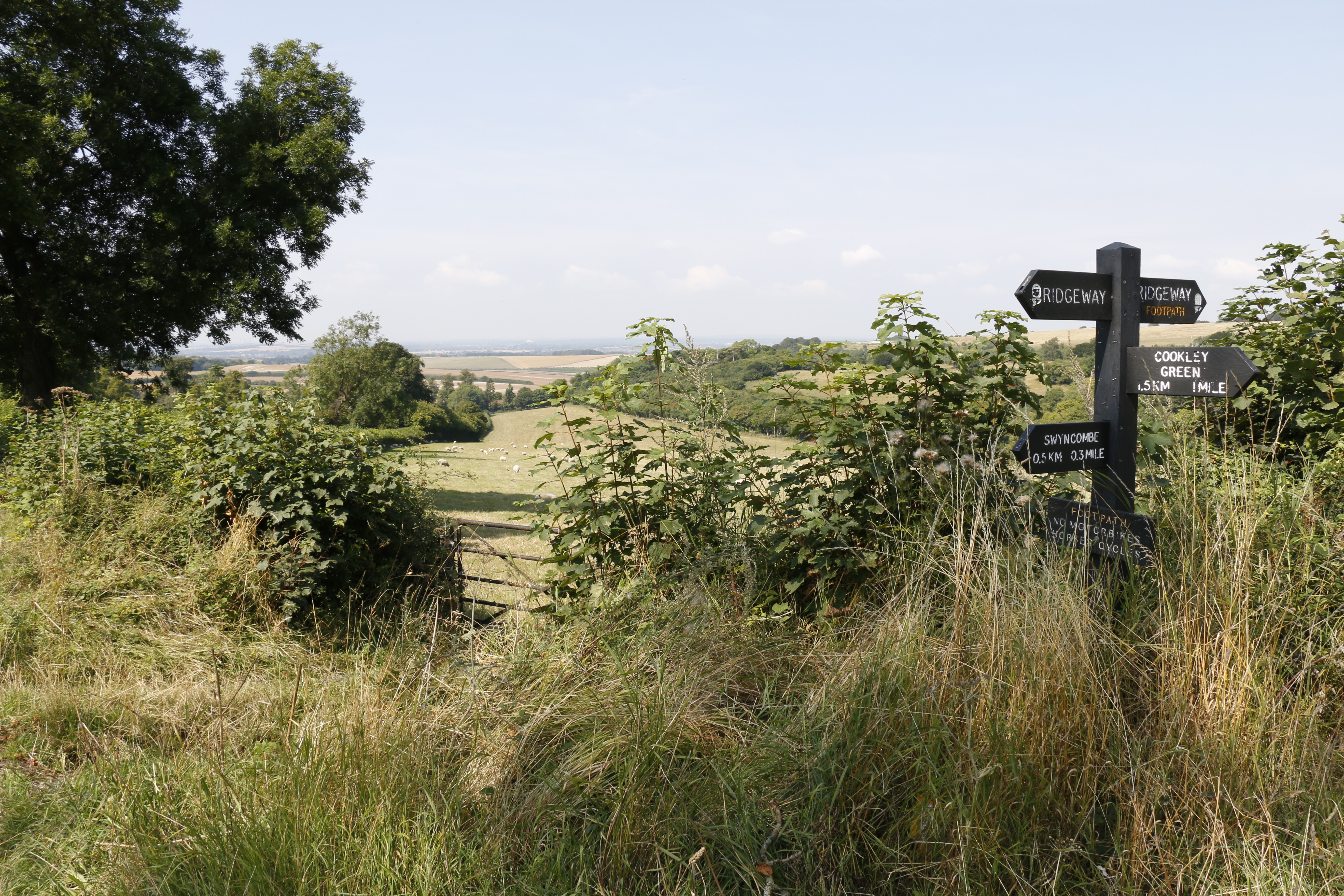 Another example of the Evaluative metering getting the exposure bang-on when left to its own devices.

The EOS Canon 70D is a well-built and capable camera that produces excellent results with plenty of detail – especially in raw files.

Although you need to take care in high-contrast conditions, in many situations the 63-zone Evaluative metering system does a great job, delivering a perfectly exposed subject. The camera’s images also have natural colours with pleasant saturation and contrast, but as ever, if it’s not to your taste you can tweak the camera’s settings to deliver what you want. 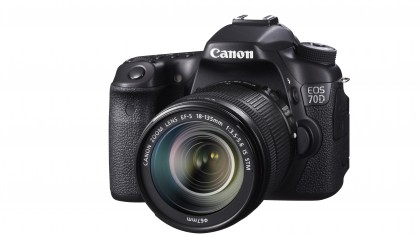 Combining the usual array of physical controls with a touchscreen makes the Canon 70D quick and easy to use. While some photographers remain skeptical about the benefits of a touchscreen, we would urge them to try one of the modern systems, because they are far more responsive than some of the first touchscreens that appeared on compact cameras.

Canon has produced a very well rounded camera for enthusiast photographers. It has all the specifications that we expect, along with a few modern niceties in a body that feels well made and comfortable in the hand.

Even now, it should be seen as a decent alternative to the Nikon D7100 and D7200, and if you’re on a budget, a good alternative to the EOS 80D. All things considered, the Canon EOS 70D is a desirable camera that is capable of producing superb results.