Organizer
Gadget news
AMD processors are coming to a Chromebook near you
3:00 am | January 7, 2019
Author: admin | Category: Cameras | Comments: None

For the longest time, Chromebooks have included either Intel or ARM-based processors across the board. But, at CES 2019, there have been plenty of Chromebooks announced with AMD processors for the first time.

This marks the first time AMD processors have made their way into Chromebooks, and possibly a shift away from the Intel and ARM hardware usually featured in Chrome OS devices.

Chief among these new AMD-based Chromebooks are the HP Chromebook 14 and the Acer Chromebook 315.

HP hasn’t shared pricing information for the HP Chromebook 14, but the inclusion of an AMD processor could mean a more affordable Chromebook – making it more appealing to students that don’t necessarily need the fastest hardware.

Intel has had some well-publicized problems with availability of its 14nm silicon over the last few months. And, while this has led to AMD taking significant market share in the desktop space, we haven’t seen Team Red penetrate the mobile space in a major way. But, AMD’s push into Chromebooks looks to change that.

Still, just because AMD is new to Chromebooks doesn’t mean that the HP Chromebook 14 is going to be slow. The AMD A4-9120 in the Chromebook 14 is a dual-core, quad-core chip with a base clock of 2.2GHz and a 2.5GHz boost. This is comparable to the Pentium and Celeron chips common on low-to-mid range Chromebooks.

HP hasn’t shared availability or pricing information for the HP Chromebook 14, but we’re sure that information will become available closer to its release. 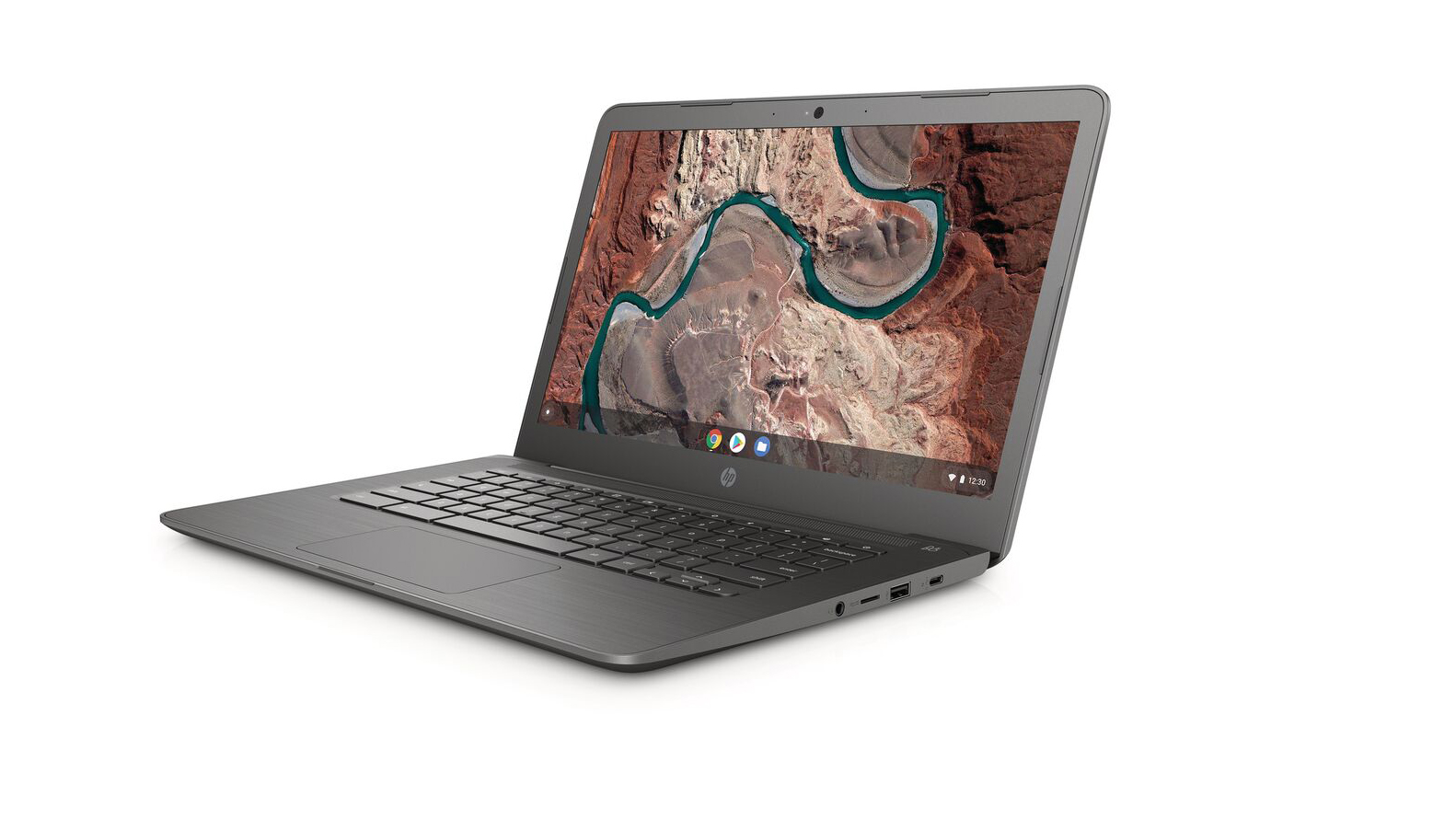 An AMD Chromebook with a larger display

Acer has also teamed up with AMD to craft an affordable Chromebooks, with its 15-inch Acer Chromebook 315 – configurable with either AMD A4-9120C or A6-9220C processors.

Unlike HP’s offering, the display on offer here will be Full HD, or 1,920 x 1,080 pixels, and will be packed with 8GB of RAM. This should make it much more effective for work and play. Acer is also claiming that it can hit 10 hours of battery life.

The Chromebook can also be upgraded to feature a touch screen display, which will make Android apps much more user friendly, without having to rely on a touchpad for interaction.

The Acer Chromebook 315 will be available in February in the US, starting at $279. And, in Europe in April for €349. Specific UK and Australia availability information is forthcoming.