During its CES 2019 keynote, AMD has announced the Radeon VII graphics card, AMD’s latest and most powerful of its kind for consumers. As expected, this is AMD’s first 7-nanometer (nm) graphics processor (GPU), and improves upon AMD’s previous best graphics card in every way.

Built upon AMD’s Vega 20 GPU using its Graphics Core Next 5 architecture, this GPU boasts a boost clock speed of 1,800MHz – about 14% faster than the Radeon RX Vega 64. However, the GPU’s base clock speed is unknown at this time.

Otherwise, the GPU touts twice as much video memory as the previous model at a whopping 16GB of HBM2, brings up its pure throughput to 13.8 teraflops (TFLOPS) compared to 12.7 TFLOPS before, thanks in part to now 13.2 billion transistors inside – over another billion more than the previous generation.

All that power translates to smooth 4K gaming well above 60 frame per second. On stage, AMD demoed the Radeon VII playing Devil May Cry V running at 4K and a frame rate counter on the top left stayed well above 100fps. We also saw The Division 2 running smoothly at 4K, but there was no frame rate counter displaying fps. 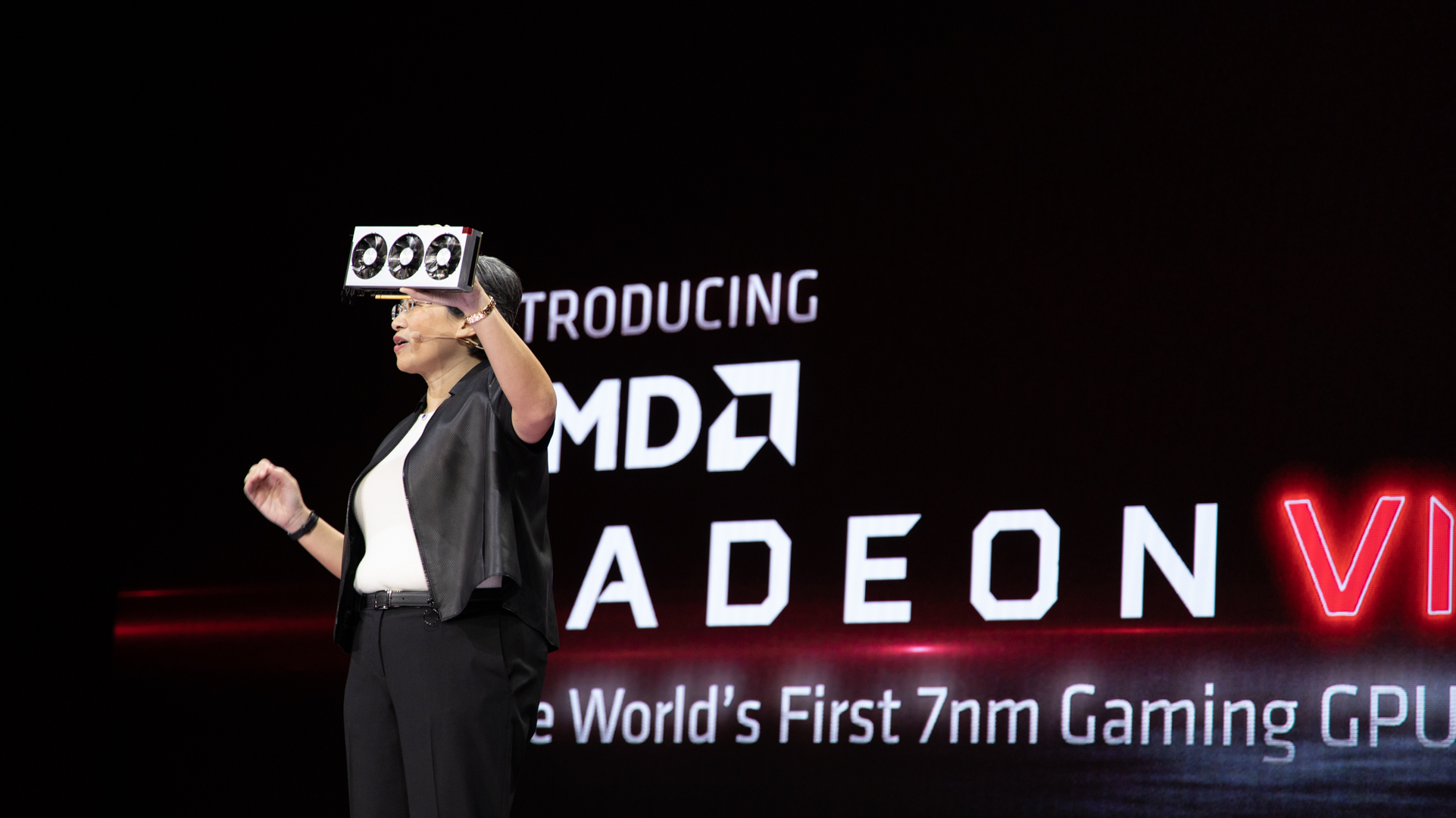 The power of 7 nanometer

That amount of transistors inside the GPU is only possible through the 7nm process, which has been a bit of a unicorn of the computing world for a few years. Only within the past four months have we seen 7nm processors in the wild, particularly from ARM through the Apple A12 Bionic and Qualcomm Snapdragon 8cx.

AMD is the first to 7nm graphics processing, and it could see the company quickly close the gap between its GPUs and Nvidia’s latest RTX GPUs, which are still way back on 12nm but are offsetting that with machine learning techniques.

Ultimately, the 7nm process allows this GPU to increase performance by 25% overall, by AMD’s measure, over the previous model without impacting power draw. Yes, this GPU is likely to have the same 295-watt thermal design power (TDP) as the previous model, meaning little to no change to your system should be necessary to upgrade.

Speaking of which, AMD says that Radeon VII will launch on February 7 bundled with Devil May Cry V, Resident Evil 2 and The Division 2 for $699 (about £550, AU$980). That’s 100 bucks more than the previous generation, so we’ll be the judge of whether the price hike is worth entry into our 7nm future in a full review.

Check out all of TechRadar’s CES 2019 coverage. We’re live in Las Vegas to bring you all the breaking tech news and launches, plus hands-on reviews of everything from 8K TVs and foldable displays to new phones, laptops and smart home gadgets.